Essays, anthologies, guides, anecdotes, graphic novels…2019 has a host of bibliographic novelties on the topic of art.

And the day of Sant Jordi is the perfect excuse to buy one (or more) of them. Here are our recommendations. 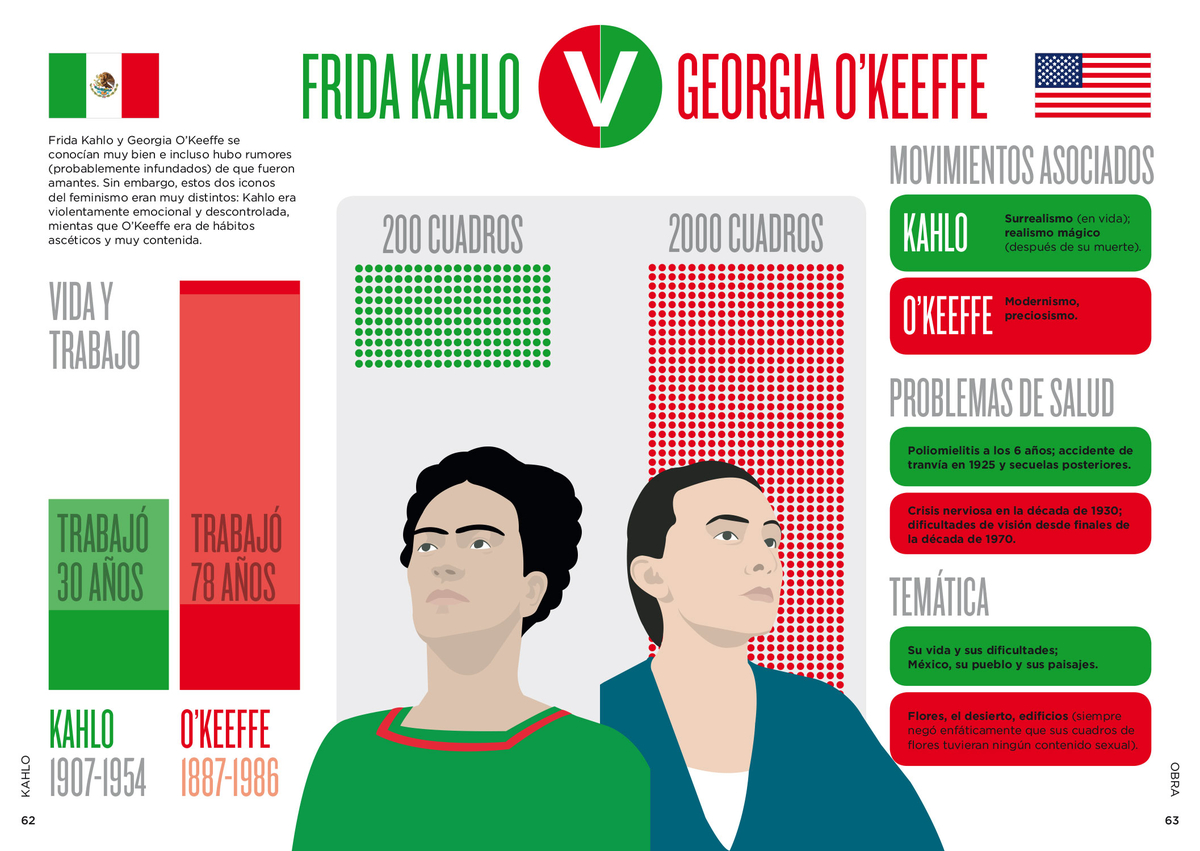 Do you like those distracting and detailed infographics that appear on great occasions int eh press? Can you imagine the life of your favourite artist in an infographic? Well, that is what the Barcelona publishing house Cincotintas has done. The first books in the “Biográfico” series are on Frida Kahlo, Coco Chanel and Leonardo da Vinci. While they don’t take the place of a good biography or illustrated work they are “a guilty pleasure”. 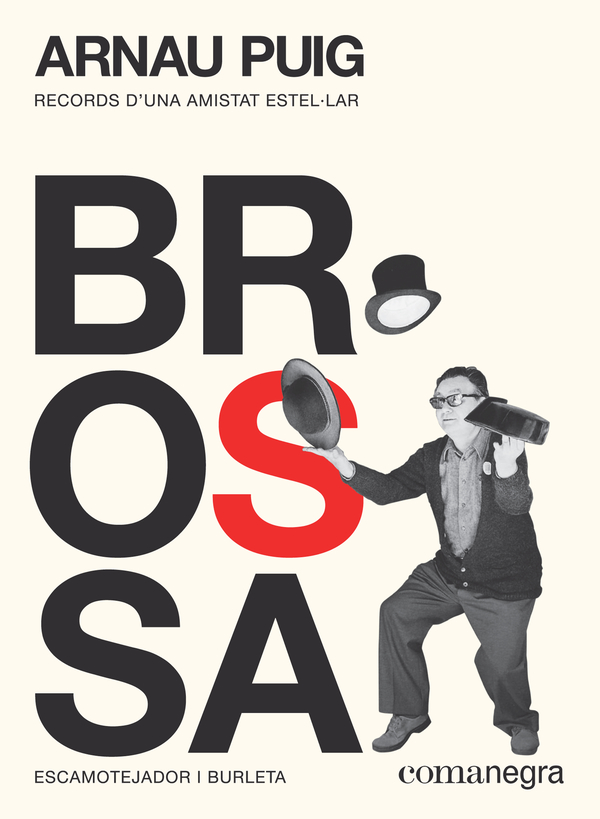 At 94 years of age, Arnau Puig is making even more noise than when he was the philosopher of Dau al Set. This book on Brossa, published on the occasion of the centenary celebration of the poet and artist, is written in torrential prose, with all the literary and aesthetic savoir faire of Puig, but also with a strong testimonial and experiential leaning. “That Spain feared expansion like fire, and that’s why it kept us closed off, with no communication. The poetics and the theatre of Brossa corresponded to the frustrating political reality in which we found ourselves”. 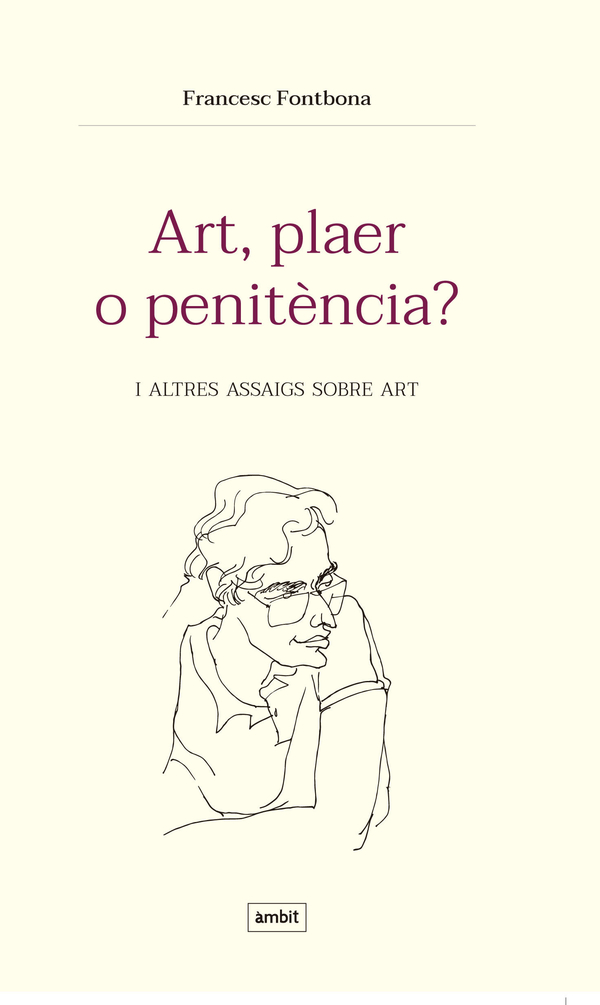 Right now, Francesc Fontbona is one of the main, and most interesting, art historians in Catalonia. The number of books he has published in his research alone would fill this entire article. On the other hand, he also has a series of essays from lectures in universities, published in academic journals, or even in exhibition catalogues, which have been recovered her for the reader’s enjoyment: from critiques of the policies on heritage of the Spanish government to a lucid defence of the sculptor Subirachs. A delight. 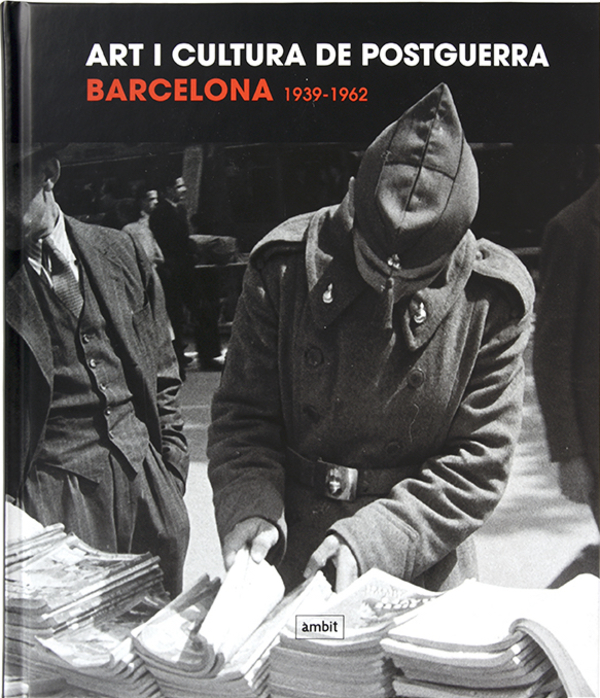 We might well continue complaining about our historical memory, now that we are finally doing our homework and studying our post-war art. This is a collection of essays, with texts by specialists such as Bernet Puigdollers, Francesc Fontbona, Santi Barjau and Sílvia Muñoz, among others. There – there was life before conceptual art. What there is not is a good public collection from this period… yet. 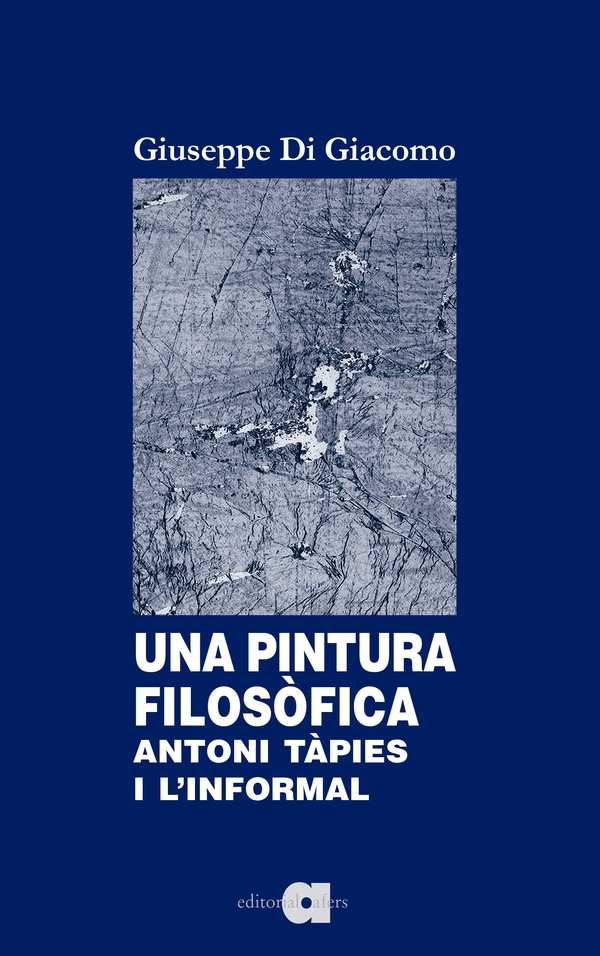 According to Giuseppe Di Giacomo, the work of Antoni Tàpies is essential in contemporary art for its quality, but also for its philosophical implications. For Di Giacomo, Tàpies’ art is simultaneously presentation and representation of matter, spiritual art. This book creates a dialogue between the art of  Dubuffet, Fautrier, Wols and Burri with that of Tàpies, showing their similarities and differences. 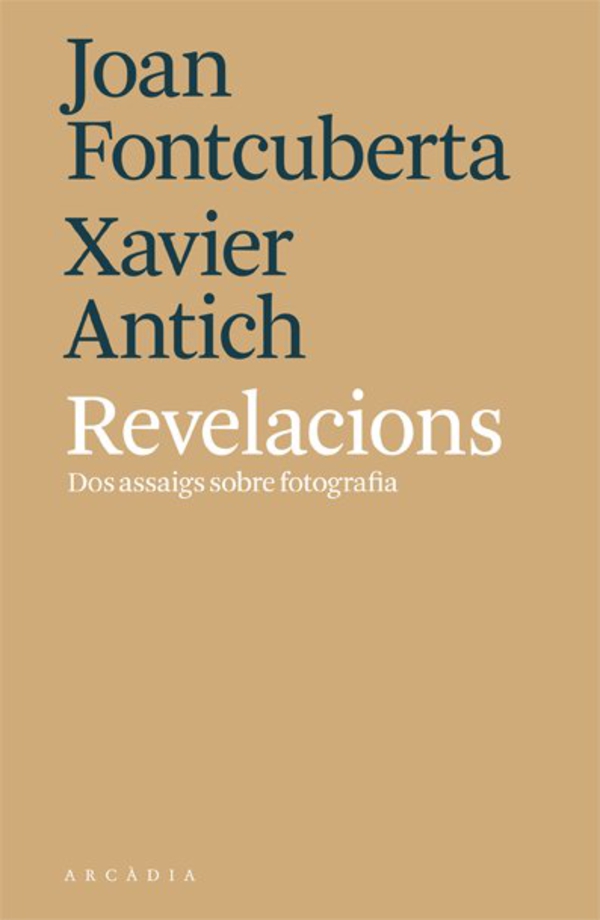 Do photographs have a life of their own? The artist Joan Fontcuberta reflects on the eloquence or suffering that photographs can show us. Philosopher Xavier Antich writes on the multiple possibilities of the gaze. Photography can be as enigmatic in the end as life itself. 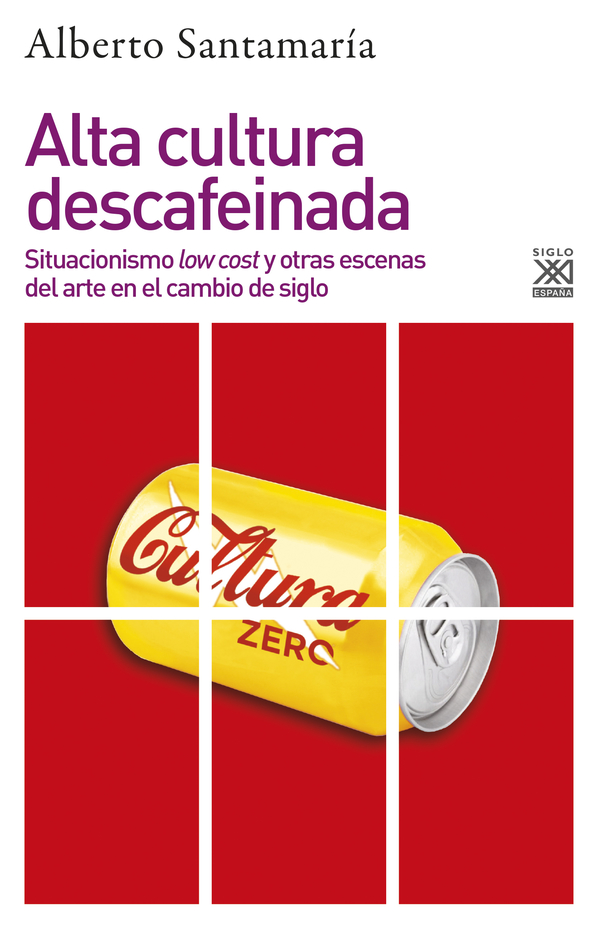 Don’t be put off by the pretentious title – the content is highly accessible. The question that many of us ask ourselves when we visit a museum is How is it that Neoliberalism support a social and participative art that is critical of the statu quo? It analyses how the system has gradually depoliticised cultural activism to that point where it has become a series of watered-down activities. 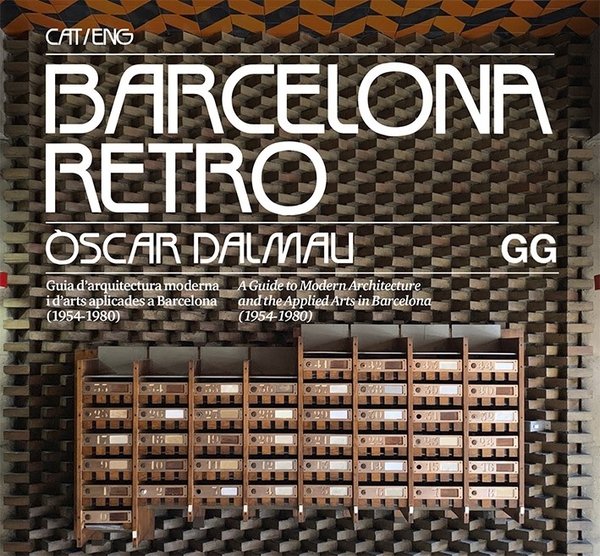 The well-known TV personality, Òscar Dalmau, says that he missed his vocation as an architect. I would say rather as an interior designer. This guide through the buildings and interiors of the Barcelona of the 1950s, 60s and 70s (including itineraries) brings a fresh view of a heritage which despite its extremely high cultural value, has little popular recognition. Let’s see if this book… Editions in Catalan/English and Spanish/English. 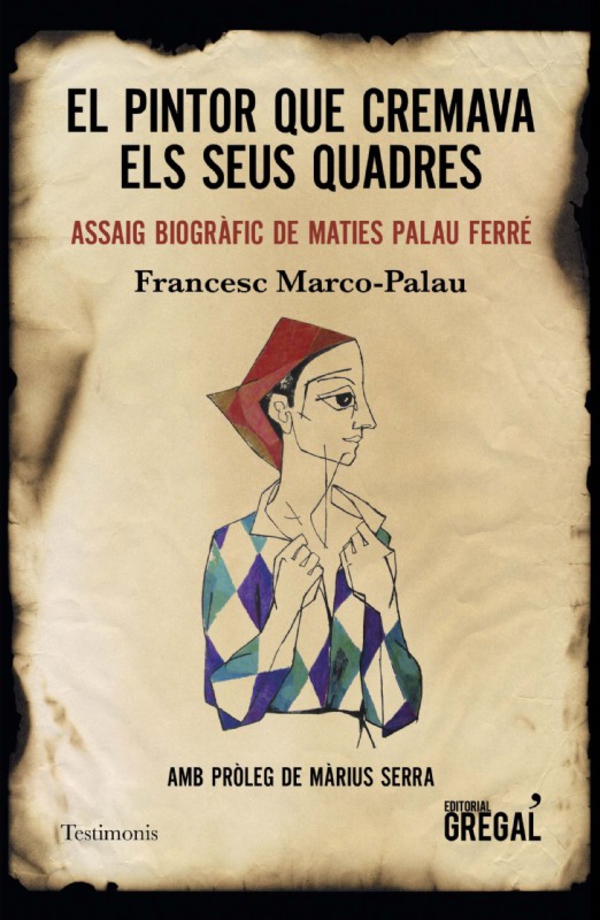 In this book, Francesc Marco-Palau rediscovers the curious story of his great uncle, the painter Maties Palau Ferré (Montblanc, 1921-2000). After travelling to Paris in the 1950s where he adopted a cubist-esque style, he signed a contract with a dealer. Finally her was legally condemned to painting by the square metre. In the 1970s he burned all his paintings. 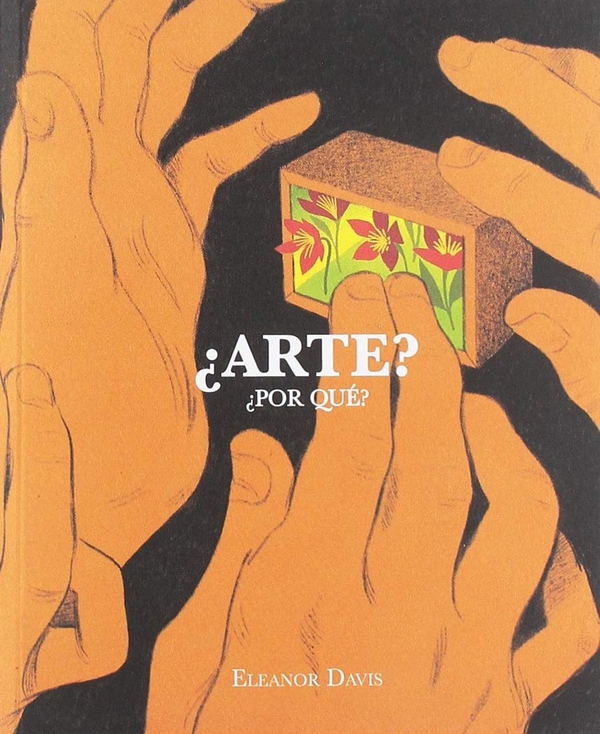 A surprising essay on art in the format of a graphic novel. It starts off in an aseptic, mechanical tone and gradually becomes an essay filled with irony. It talk about a group of nine artists, each with their own speciality, who make up a community and want to organise a group exhibition. Davis is a member of a neighbourhood platform that fights against economic and social inequality, institutional racism and the lack of freedom of the immigrant population. 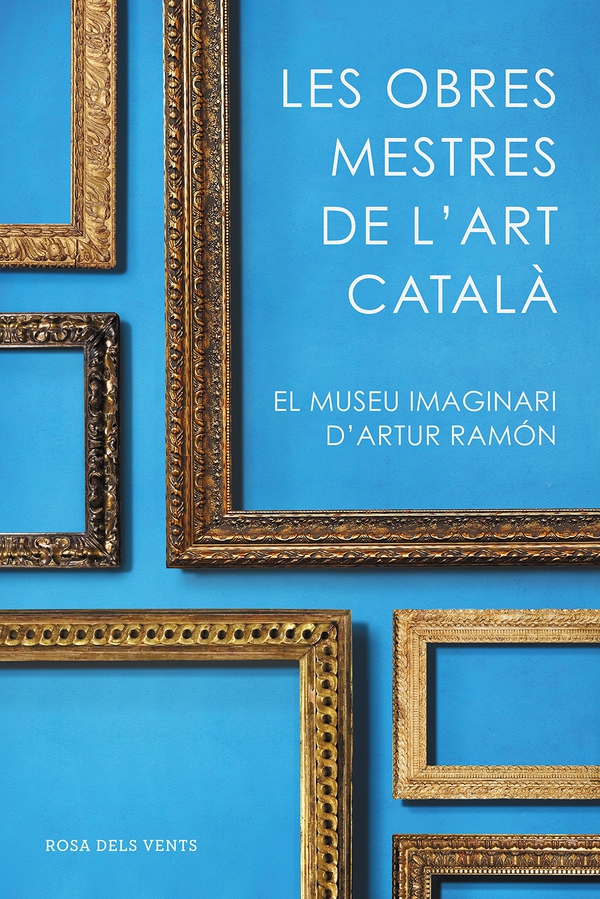 If this selection is not enough for you, you can always go back to the rich and varied books which appeared in 2018. Last year, the biggest hits were two art books that were very different from one another: the essay by Josep Massot, Joan Miró. El nen que parlava amb els arbres (Galaxia Gutenberg. €29.90) and the text by artist and poet Perejaume Treure una marededéu a ballar (Galàxia Gutenberg. €19.50).