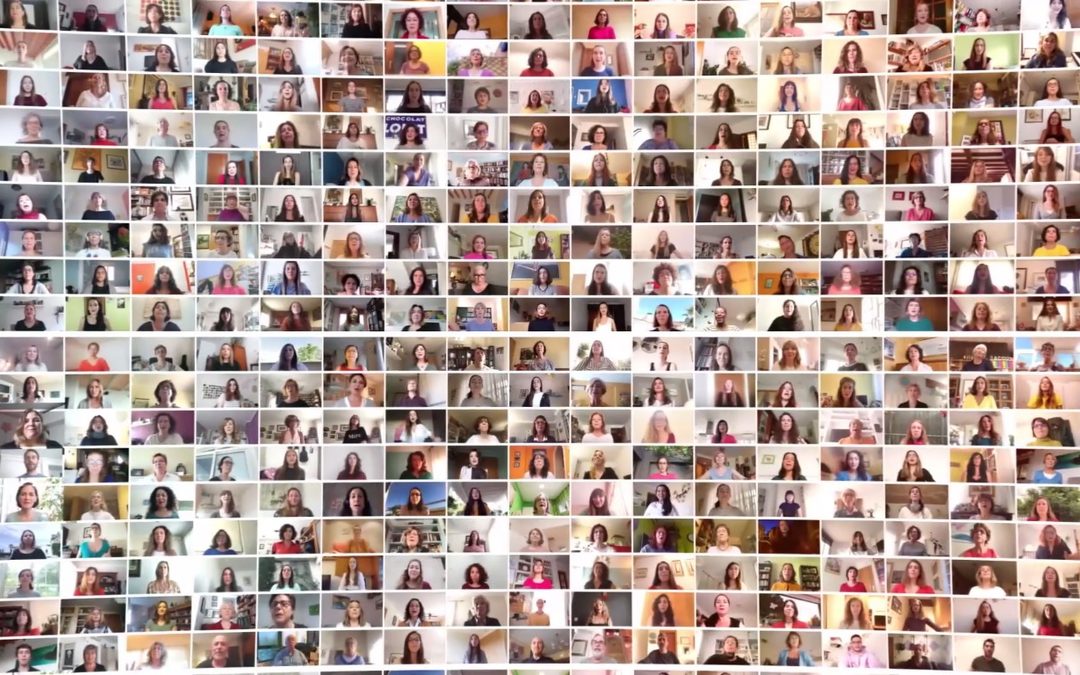 Viva la Vida has to be the most emblematic song by British band Coldplay.

It is a hymn to overcoming adversity, and to solidarity, with a title inspired by an inscription that appears in a still life with water melons by Frida Kahlo, which lead singer Chris Martin saw in the museum dedicated to Kahlo in Mexico. Over the 12 years since it appeared the song has been used, for example, as a motivational piece of music for sports clubs around the world, but above all it is a song for living.

The ”la Caixa” Foundation has launched for the first time a digital participatory activity to the sound of the Viva la Vida theme, by Coldplay, and has reached a record number of participants, with more than 640 people.

So, in these difficult times of Covid-19 it comes as no surprise that Viva la Vida was chosen by the ”la Caixa” Foundation for their first participative digital project: a choral video involving more than 640 people from all over Spain and a few from abroad singing the famous Coldplay track. Under the tag #JoCanto, the Foundation launched the call for participation in the project between 4 and 13 May in full lockdown. The response exceeded all expectations with over 600 people of all ages, from 14 to 82, and every conceivable vocal range. On receiving instructions together with the music and lyrics, the participants sent their phone recordings made in their homes. Following a long and complicated editing post-production of the visuals and the mix of voices, the video was presented to coincide with the first days of the lockdown easing, and it can be seen on Youtube.

The artistic director of the video was producer Daniel Anglès, who has been involved in numerous theatrical music projects and in the El Musical Més Petit company since its foundation. Meanwhile Gerard Ibáñez was the musical director. The musical production was undertaken by Oriol Padrós, and the audiovisual creation by Merlí Borrell.

The participants perform a simple choreography which means that their movements interact in the overall image.

One of the novelties of this video compares with other similar projects that have been done around the world during lockdown is that the participants perform a simple choreography which means that their movements interact in the overall image, giving the piece a very special kind of energy. dynamism. 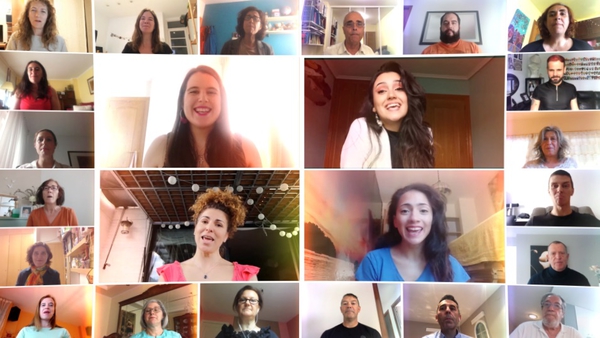 Since 1995, the ”la Caixa” Foundation has been organising participative concerts where choral music enthusiasts can interact with prestigious international orchestras, soloists and  conductors to perform emblematic works from the choral symphonic repertoire of all periods. One example is the concerts of Handel’s Messiah, which was the first of this kind of participative concert, which has been performed in more than 20 different cities, but the Foundation has also organised Pop Rock Hits and El Musical Participatiu. #JoCanto, however, is the first project of this kind to be completely digital.