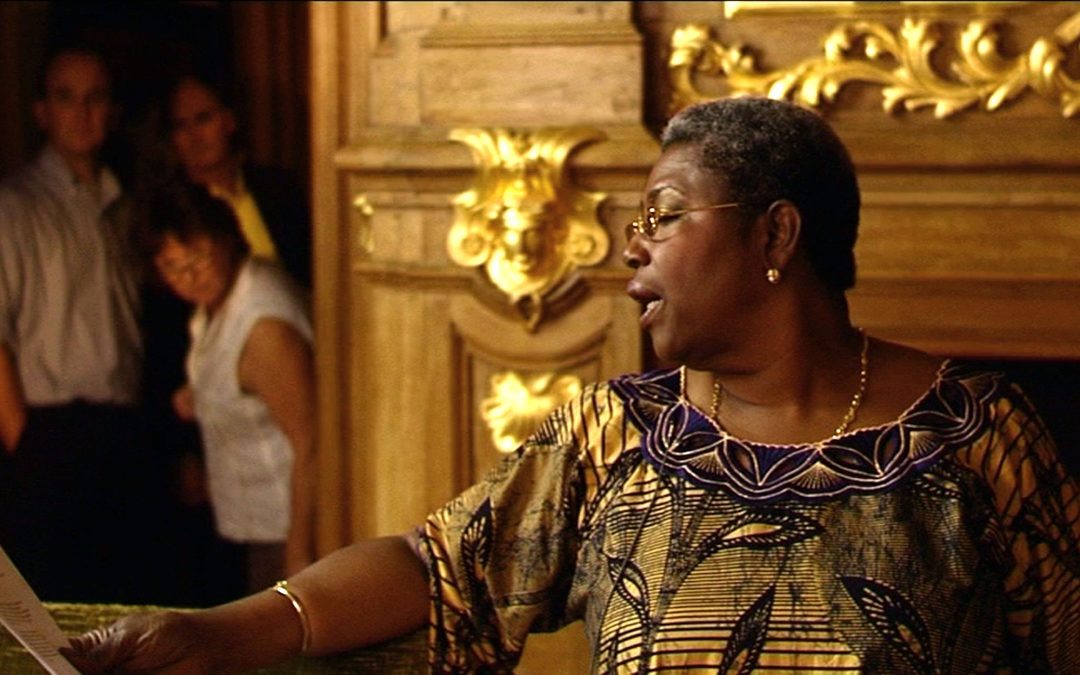 The voice of humans and of things

The Fabra & Coats Arts Centre kicks off the season with two exhibitions with a political slant.

In the entrance hall of the Fabra & Coats Arts Centre, a semi-circular lump of concrete welcomes visitors to Tone tongue mouth, the first international retrospective of  Wendelien van Oldenborgh (Rotterdam, 1962), which has arrived in Barcelona from the Dos de Mayo centre in Móstoles. 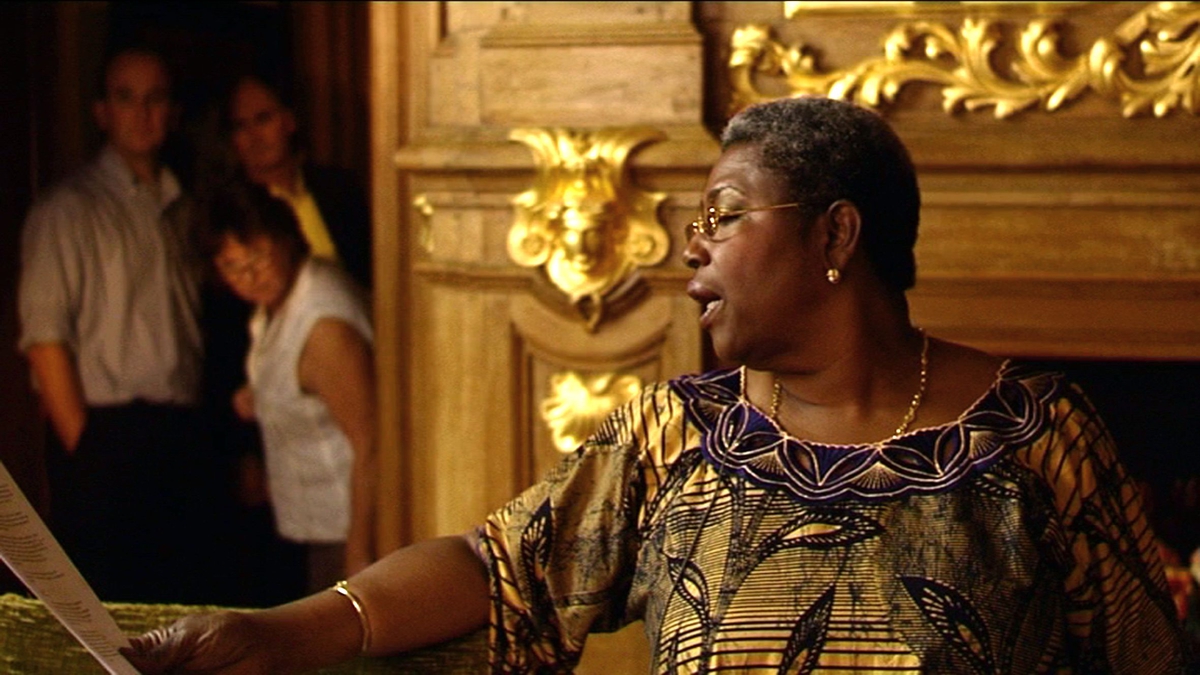 The structure that occupies the exhibition space – an idea of the Italian-Brazilian architect Lina Bo Bardi, which she used to create synergies and meeting points – is not insignificant, but rather almost forms a metaphor of the modus operandi of this Dutch artist, practically unknown in Spain. Oldenborgh makes films but rejects the all-powerful role of the director to leave the actors (almost always amateurs) to activate and mobilise themselves, generating situations and reflections which give place to a joint review (between artist, actors and audience) of themes that are inherent in the colonial past, the inequalities of race and class, and the different ways of understanding feminism. 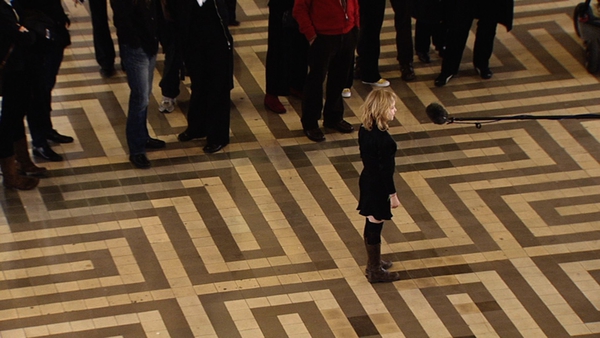 According to Anna Manubens, curator of the exhibition, “for the artist, finding her own voice means going through the voice of others”. So, within that semicircle, a fragment of today’s Brazil is exhibited, represented by a dialogue between two women – an actress and a singer – who propose different ways of experiencing the female condition as well as the vindications that this brings. Outside the semicircle the past is shaped in the reconstruction of a brief colonial period of the Netherlands in Brazil, but also in Indonesia, where its presence was much longer and much more transcending. 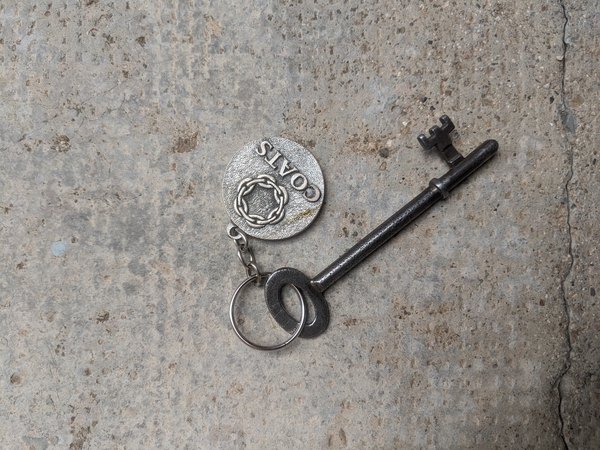 “It is not just what you say but how you say it that is important” assures Manubens to take us to the latest work, an LP, one of those elements of the past which, having been thrown aside so completely, has returned in an elitist an fairly useless way. In this case Oldenborgh has reworked the soundtrack of the 2015 movie From Left to Night as a sound piece, prioritising dialogues and songs referring to urban problems. The LP also forms part of the publication associated with the show, although it has yet to be seen how many people will be able to hear it.

The ultimate aim is to reflect on the rise and fall of industrialisation, the workers’ movement and the importance of small elements of everyday life.

The second exhibition offered by Fabra & Coats for the new season is the group show curated by Latitude – Mariana Cánepa and Max Andrews. Beyond word play, Things things say is based on an attractive genre: object-narrative or it-narrative, which in this case is used to link the past of the textile factory with its present use as an art centre. The ultimate aim is to reflect on the rise and fall of industrialisation, the workers’ movement and the importance of small and apparently trivial elements of everyday life. 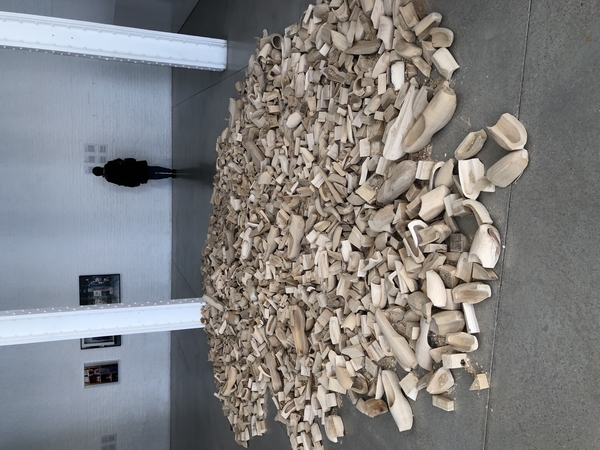 Most of the pieces bear some relation to the textile industry: from the skeleton key that opened all the doors of the gigantic factory to the old skein of yarn photographed by Francesc Serra i Dimas in the 1930s, or the pile of destroyed clogs that German artist Sarah Ortmeyer uses to explain the origin of the word sabotage. 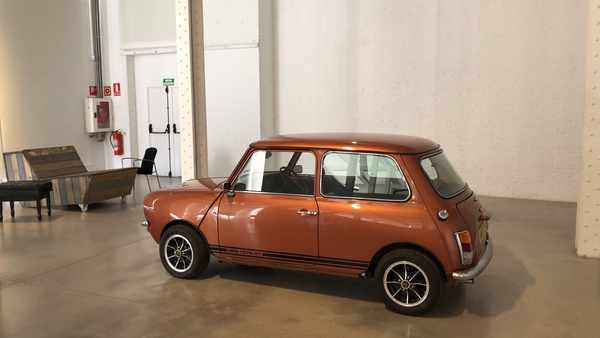 Stuart Whipps, The Kipper and the Corpse, 2004. Foto: Roberta Bosco.

The most radical messages in the show is in the form of a Mini car, reproduced in all its detail by Stuart Whipps, and the photos by Annette Kelm, which allude to the German feminist movement of the 1970s using a pair of pink dungarees. Especially interesting is the atypical VIP zone created by the Korean artist living in Berlin Haegue Yang, with chairs and tables loaned by important people in the context of the exhibition, such as the new Councillor for Culture, architects, gallery owners, politicians and associations linked to Fabra & Coats. It is a shame that because of the virus they cannot be used for the purpose for which they were intended – sitting down and chatting! However, there are some very detailed description boards and a programme of activities about and accompanying both of the shows.

The exhibitions Tone tongue mouth and Things things say can be visited at Fabra & Coats: Contemporary Art Centre until 17 January 2021.