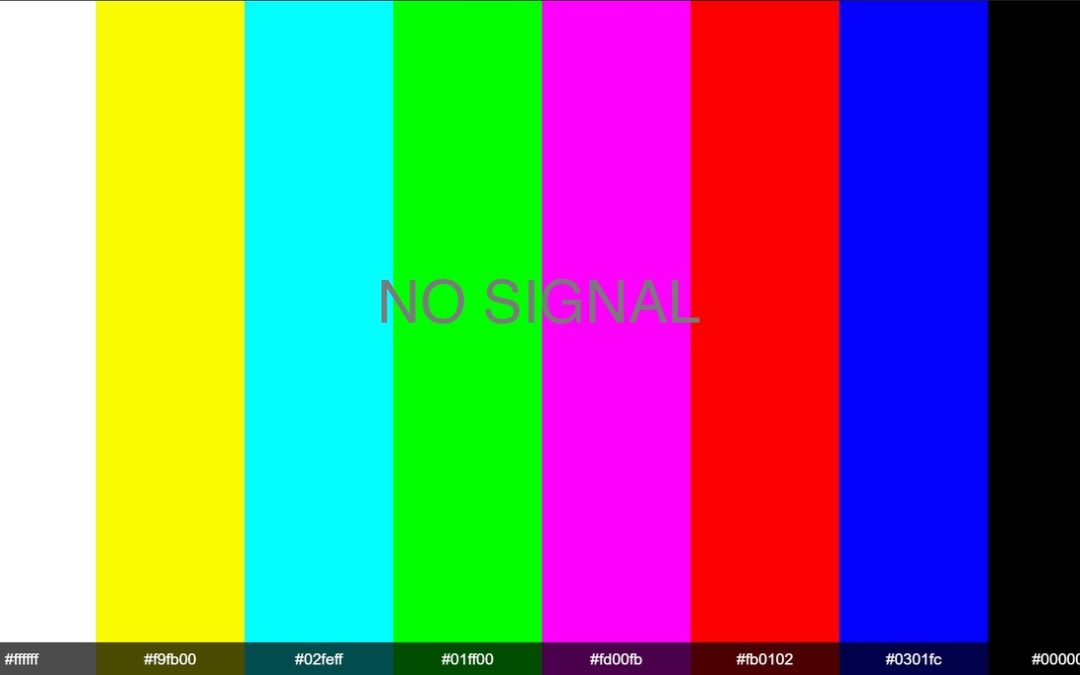 Everything that starts must come to an end sooner or later.

The adventure of Mirador de les Arts began in October 2018. These two and a half years have been filled with pleasure in the form of 492 articles. Now we must say goodbye. 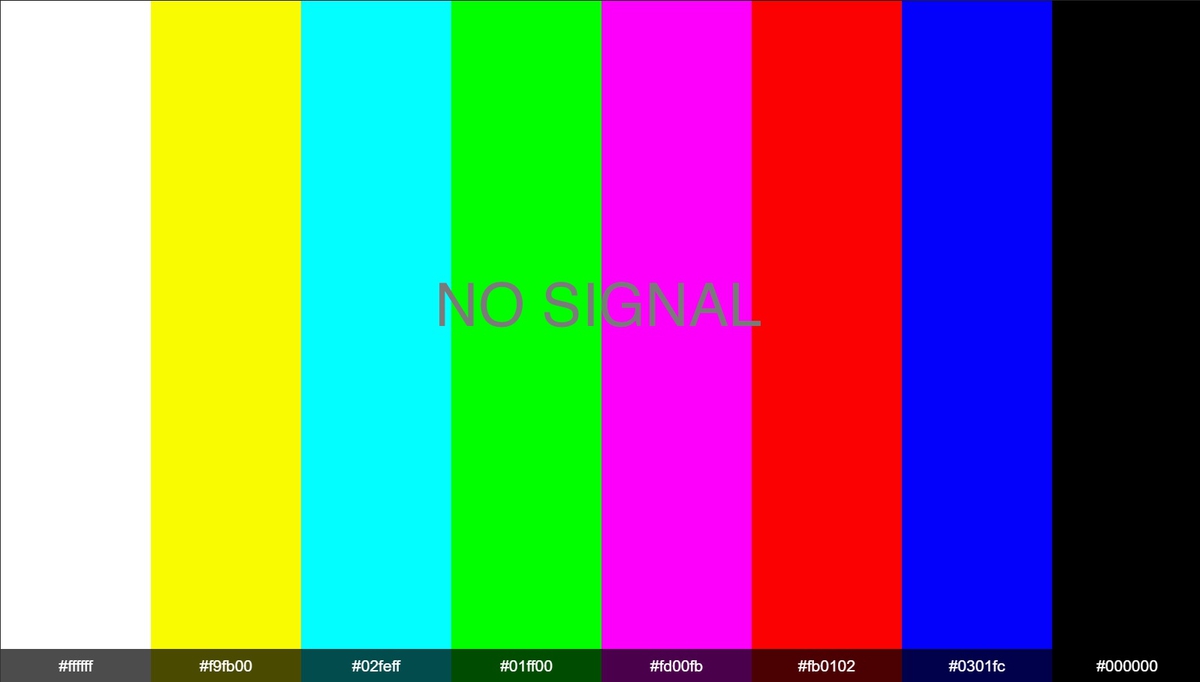 “These are bad times for lyricism”.

Mirador de les Arts has been the dream of a historian and art critic who invested in it all of his emotional and financial capital. But as Golpes Bajos sang, “these are bad times for lyricism”.

The project started with the ambition of becoming an independent publication dedicated to art. Published in three languages to be able to reach as many people as possible it had a whole range of different focuses and viewpoints. It was aimed at both specialised readers and those curious about the art world.

In 2020 Mirador de les Arts received the media award of the Catalan Art Galleries association and it was shortlisted twice for the Association of Art Critics of Catalonia Awards. It has included several series of articles. The most recent,  Mirador de Ficció (in which art critics ventured into the world of narrative fiction), and Breviari by Artur Ramon (presenting a fascinating combination of reflection on aesthetics and the human condition), the original Bonus Track by Montse Frisach (a review of the best pop and rock songs dealing with arts) and the invaluable 125 Years of Cinema, by Juan Bufill (which has sadly been cut short).

Mirador les Arts is closing but not disappearing.

Thank you for reading! And if you haven’t yet been able to you can catch up online – Mirador les Arts is closing but not disappearing. We will keep the magazine online for as long as possible. We think we’ve done a great job!

Finally, I would like to thank all the authors who have joined us on the Mirador de les Arts adventure without whose enthusiasm, generosity and professionalism none of this would have been possible.

“Campañà would never have won the World Press Photo.”

That’s the first thing that Plàcid Garcia-Planas Marcet told me just after ordering a coffee.

I’m sure you are all familiar with Plàcid because he has spent the last thirty years telling us about war, from the battlefields, via the pages of La Vanguardia. Or maybe because of his more recent articles in the “Cabaret Voltaire” series, from the same news agency. Or even as a result of some of the exhibitions that he has taken part in, either as curator or the “object” of the study (Archive of the War Correspondent, 2012).

His latest exhibition, The Endless War. Antoni Campañà (1906-1989) can be seen at the  MNAC until 18 July (the closing date is no coincidence). Because of his love for working in teams, The Endless War was co-curated by Toni Monné, nephew of the photographer, and the historian Arnau González Vilalta, and it includes more than three hundred photographs taken by somebody who kept most of the shots taken during the Civil War hidden for the rest of his life.

The three curators are also the directors of the documentary The Red Box. The Endless War of Antoni Campañà, which will be broadcast on 1 June in the programme “Sense Ficció” on TV3. It will later be broadcast in Spanish by TVE.

But let’s return to the headline which Plàcid, in wry reporting style, has handed me: “Campañà would never have won the World Press Photo”.

I know that there may be a trick in there somewhere, but I’ll take that risk.

Why would Campañà never have won the World Press Photo?

To win the World Press Photo, like any other prize, the photographer needs to have the prize in mind when they are shooting. And during the war Campañà did not. When he clicked the shutter, he wasn’t thinking of the front page of Newsweek, like the others were. He was too sincere. For him the photos were like breathing. You can try to hide your breathing, and he hid his photos.

Can you compare Capa with Campañà?

When Capa arrived in Spain he was going to be the best photographer in the world but he had no idea of what this country was like. Capa photographed the war. Campañà photographed a country at war. It is the country photographing itself.

He did know the country, but he was a photographer that “took sides”, the good side, the legal side, but he took sides. The difference between Centelles and Campañà is that Campañà photographed everything, everything he could. That’s why all the different sides were able to use and manipulate his photos.

It’s surprising that most of the photos taken by Campañà during the Civil War haven’t been seen until now. Why is that?

We could also ask ourselves ‘Why did he take them?’ We’ll never be completely sure.

Up until the Civil War, Campañà was Spain’s number one photographer in terms of awards, and he presented his work to competitions around the world. He sought beauty with intensity. What was he looking for in the photos taken during the Civil War? We will never know. Of all Campañà’s photographs the most beautiful are those of the war. Is it because they are more aesthetic? No…it is because they are more true.

Truth as an aesthetic category…how do you get there?

By not using filters or aphorisms, almost without thinking that the photo will end up on an emulsified film. Of all the photographs of that time his photography possesses the greatest ‘way of seeing’ and the least notion of the roll of film…except for the portraits of the militia men and women, where the aesthetic is greater precisely because they are posing.

So why did he hide them?

He hid them for several reasons: because other people were manipulating them; so that the Francoists would not take out reprisals on the Republicans; but also, and especially, because he had a really, really bad time during the war. When Marta Gili curated the anthological exhibition of his work Transformations of an Instant at “la Caixa” in 1989, just before his death, he still didn’t want us to see them.

The photos were discovered by his relatives in 2018, stored in a couple of red boxes.

We’ve all got a red box hidden somewhere. 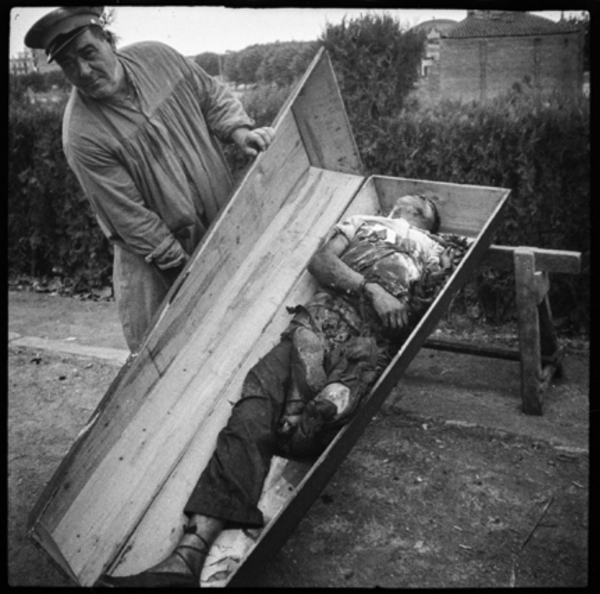 Antoni Campañà. Untitled, 1936. Arxiu Campañà. A gravedigger of the Cementiri Nou (Montjuïc) in Barcelona shows the corpse of a dead man, caused by the riots after the coup d’état.

You are not a historian or a photographer. How did you get into photography?

I’ve worked for more than 30 years at La Vanguardia, editing photos. I always travel with a photographer and I edit both in the office and in the field. It’s a question of practice. I’m not sure how much I know about photography, but I can assure you I do know about photographers. When I began the whole project with the book The Civil War Photographed by Antoni Campañà (Comanegra, 2019), I included the great David Ramos from Getty Images in the team. It was essential to have a photographer. He also took part in the selection and edition of the photos in the exhibition, although his name does not appear anywhere. Do you know what I think? That if the exhibition has turned out so fresh and different, I would go as far as to say natural, it is because none of the three curators, neither Toni or Arnau or me, came from the predictable circle of curators.

“It is diabolical, but we need beauty to transmit pain.”

What difference is there between editing photos of current wars and editing those of the 1936 war?

None. Editing Campañà’s war photos is exactly the same as editing the photos that arrive in the newsrooms today. The ethical and aesthetic tensions are the same.

War photos are all very similar, but the strange thing is that they all seek the aesthetic, which we need to transmit the pain. How come Schindler’s List was able to transmit that pain so well? Because it is a festival of aesthetics. It is a problem that Goya already had. It is diabolical, but we need beauty to transmit pain. 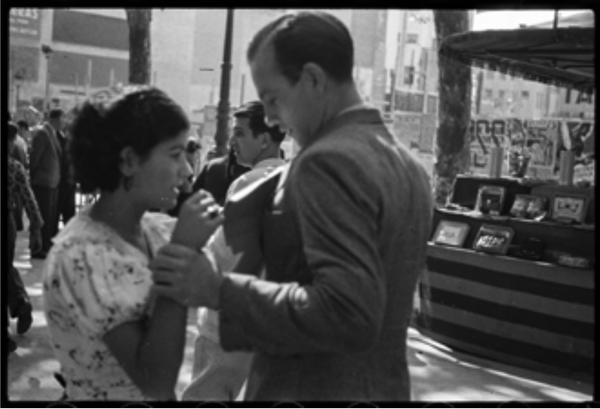 Antoni Campañà. Untitled, 1936. Arxiu Campañà. A man forcefully rejects a Republican insignia on the Rambla of Barcelona at the end of July 1936.

What do you most value in Campañà’s work?

Do his war photographs eclipse the rest of his work?

Campañà makes most sense when you mix all his photos. Out of that cocktail emerges the twentieth century. You can see this in the final part of the exhibition with photos from different times facing each other. The photo of a pro-Soviet on top of the statue of a horse in Plaça Catalunya during the war, and one of a model from the furrier “La Siberia” under the same horse. Or the one of a Soviet ship in 1936 and one of a US aircraft carrier in 1952.

The way that Jesús Galdón has set up the exhibition is amazing. But the thing that has most caught my eye is the installation he has made of the tourist postcards, which are probably Campañà’s least interesting works.

I suggested to Jesús Galdón that the photos of the militia should sit alongside the tourist postcards. There is so much leisure and developmentalism going on but the war is still there. On the beach you can strip off everything except for your traumas.

Why does the exhibition end with an picture of the white gorilla, Copito de Nieve, which was taken for a postcard in the 1970s?

I don’t know. Perhaps so that you can ask that question. This exhibition is more about questions than answers. Maybe it was an animal that should have been free and yet we caged it. Or maybe it is a metaphor of the country. I should be black but it was born white.

And what about the title, The Endless War. Why?

Campañà’s war was endless because he never took it out of the box.

I am better as an art critic than a journalist. Now that you’ve given me the title why don’t you given me a good end line?

The best photograph of his life was having hidden the war photos. Hiding them, as he did not want us to see them, is an immense portrait of us as a society.