Now that Àngels Ribé has been deservedly recognised with the National Art Prize, the large installation that articulates En caiguda lliure (Freefall) would seem premonitory. It is the first in three exhibitions resulting from the Support for Artistic Creation Programme of “la Caixa” for exhibition projects based on collections at both ”la Caixa” and Barcelona Contemporary Art Museum.

Open in the CaixaForum until 9 February 2020, the show uses the languages of falling as a metaphor for profound change in society and the situation of uncertainty, concern and sometimes even panic which many people are suffering during these times of structural crisis. 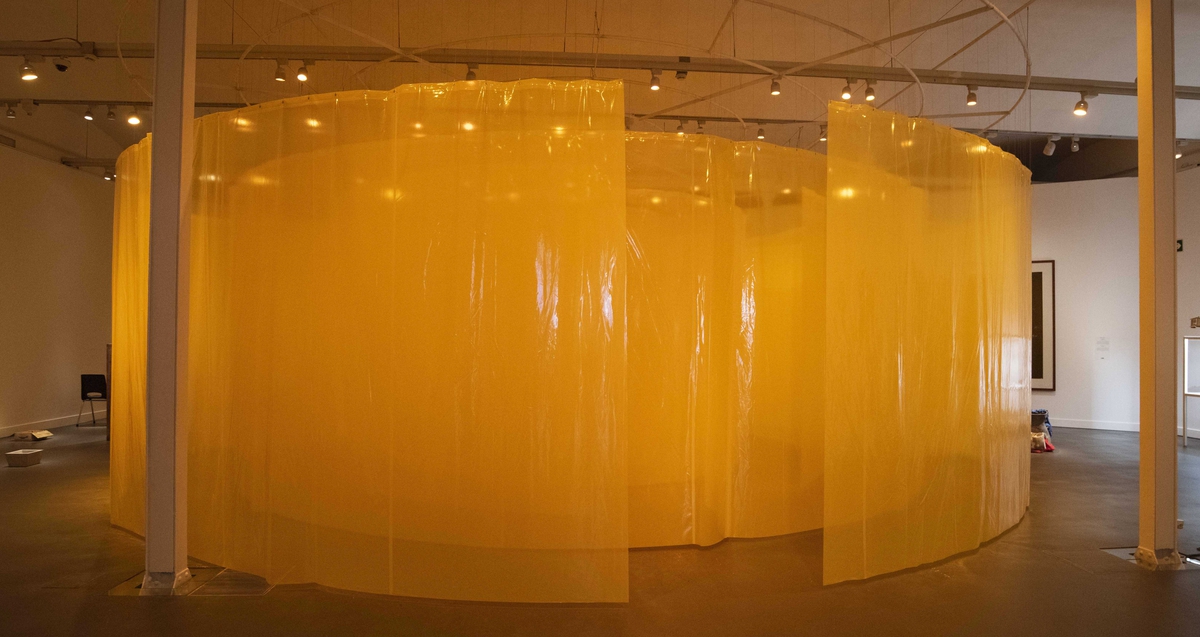 This has guided the choice by curator João Laia (Lisbon, 1981), to include the large yellow maze made by Àngels Ribé, which has only been exhibited twice to date: the first time in Verderonne Castle, in 1969, and then in the Macba in 2011, in the anthology to which it gave its name. Labyrinth, which measures 10 metres in diameter dominates Room 2 to the point of almost swallowing it up. It embraces the visitors and invites them to penetrate its guts, preventing them from walking in a straight line through the space, and thereby presenting the idea of the territory as a source of conflicts, unfortunately as true today as it was in 1969.

As with every participative work the sensations one gets when walking through it are various and, in my case, contradictory. One the one hand  the difficulty in advancing and the impulsive need to look for a way out generate a certain feeling of unease, augmented by the undistinguishable shadows which appear and disappear as you go round, as well as the transparent walls made of plastic – a material which over the 40 years since the creation of the piece, has become charged with a symbolic meaning and an objective danger which produces in me an instinctive sense of rejection. On the other hand, in my mind, the maze evokes a maternal womb, a snail shell, a playful and protected space, a space where you can disappear without hiding. 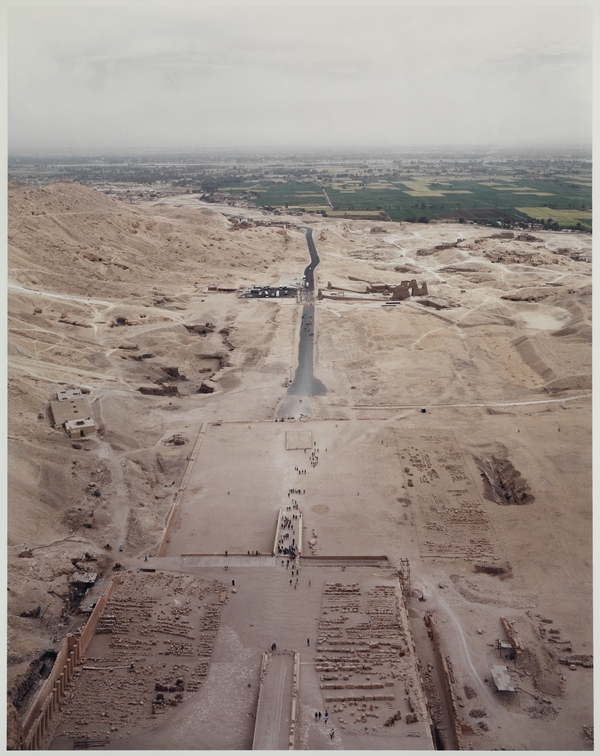 For the curator, who arrived at Labyrinth via an interesting route which included references to the Endless Fall by Portuguese thinker José A. Bragança, and A Descent into the Maelstrom – a short story by Edgar Allan Poe – the maze is the metaphor of the spiral, the loop, the increasingly accelerated change in which we are living, which makes us feel constantly inadequate and left behind in the face of the technological advances which are sprung on us from all directions. It is no coincidence that Laia takes as the starting point for this general sense of instability and disorientation the abandonment of the Bretton Woods agreement which had regulated the economy since the Second World War. “That abandonment marked the evolution of an economy and finances with the consequent loss of the physical character of monetary transactions”, he explains.

The maze is a conceptual and formal articulation of the presence of the other twelve selected works, very interesting pieces in themselves, and all together they make up a layered story. Laia defines it as “a polyphonic map which describes the present in its macro- and micro-aspects, approaching them from all areas, whether scientific, geographical or political, as well as emotional and personal”. 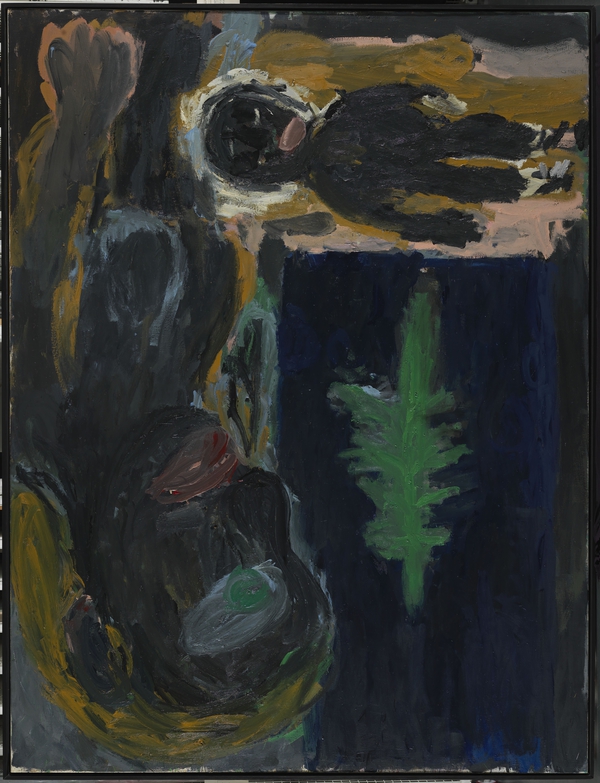 There are two particularly outstanding pieces: Local TV News Analysis (1980) by Dara Birbaum and Dan Graham which analyses the rhetoric of TV news broadcasts in a context characterised by fake news and media manipulation; and Assault, a film by Runa Islam which evokes the collapse of gender paradigms as an expanded selfie. “They are other kinds of fall”, says Laia, who less than a year ago curated an exhibition for La Casa Encendida in Madrid, called Drowning in a Sea of Data, which is also a reflection on our times, but through more recent works. 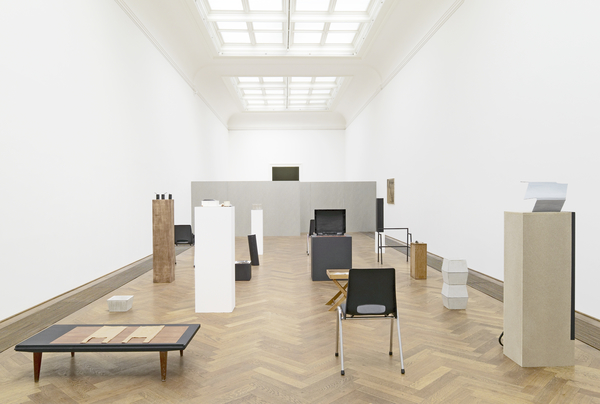 Added to this polyhedral exhibition – which includes works by Andreas Gursky, Rosemarie Trockel and the Otolith Group, among others – is another layer by the poet and multimedia artist Eduard Escoffet, who has created an atypical audio guide entitled Gravitational Waves, composed of eight sound pieces that can be heard by the visitors – or not – in front of certain pieces in another exercise in participation. As in the case of Labyrinth this work which expands the idea of specific poetry, also generates mixed emotions and reflections. “Here I am with my articulated discourse and coherent narrative and suddenly Escoffet appears and send it all skywards”, concludes Laia.

The exhibition En caiguda lliure (Freefall) can be seen at CaixaForum Barcelona until 9 February 2020.