In the talk All things queer, the impact of queer theory in contemporary art practices, which took place in the University of Barcelona a few months ago, the researcher Élisabet Lebovici referred to the famous intervention of Zoe Leonard in the 9th Kassel Documenta as an example of how to explain how “the museum is always half empty. It is always half empty of us”.

That “us”, which she assumed in the first person was obviously a reference to all those non-normative identities and experiences that the imperial-rooted museum had ignored. 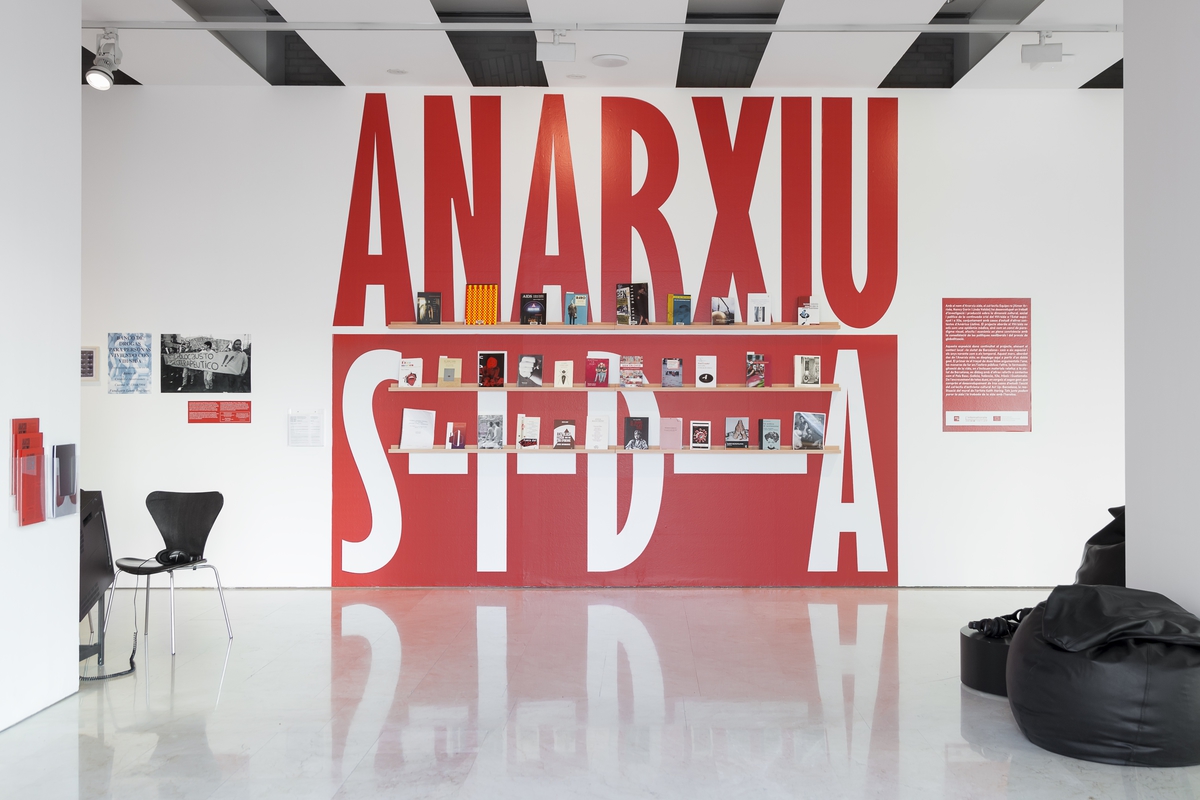 Intersexuals, radicalised people, transsexuals, homosexuals, guerrillas, people with HIV. And in that sense we can say that thanks to the exhibit AIDS Anarchive, organised by the Centre for Documentary Studies of the Contemporary Art Museum of Barcelona the museum has been less empty of us for at least four months.

The exhibition is yet another of those deriving from the research into the multiple dimensions of the HIV/AIDS crisis that the team, reformed by Aimar Arriola, Nancy Garín and Linda Valdés have carried out over the last six years. And we talk of derivations because as the title of the exhibition suggests, their working methodology has challenged the logistics of the archive and the museum to encompass the conservative notions of the environment which we now understand as heritage.

On this occasion the difficulty in creating dialogues with materials related to mourning, pain, secrets, hidden secrets, feelings of guilt and clandestine celebrations is presented in two lines of argument and three case studies where Barcelona appears as a constant, but always in relation to other contexts. 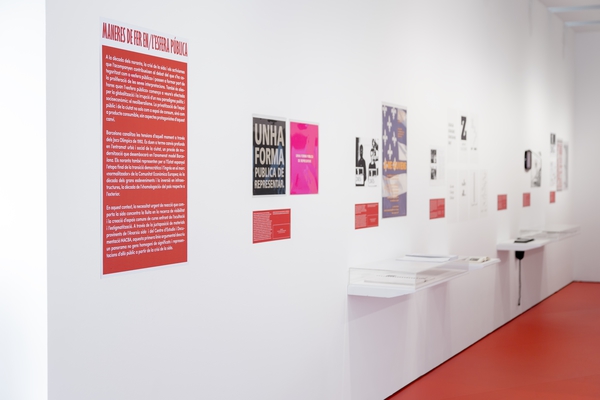 The first line of argument is around the “way of making the public sphere”. The first piece in this sequence is the document by artist Xoán Anleo, made for the Galician Pavilion of the Universal Exhibition of Seville in 1992, declaring “UNHA FORMA PUBLICA DE REPRESENTAR”. This document is situated right beside the images corresponding to an unplanned action by the ACT UP Barcelona group which took place in front of the Centre d’Arts Santa Mònica in 1994, which was organising the exhibition “Public Domain”. The equation seems simple: in Spain, where the programming and celebration of the adherence to the logic of a spectacular global capitalism is taking place, through branding strategies for the main cities, these pieces, which are linked in the case of ACT UP to HIV/AIDS activism, call for creative practices to situate themselves in a clearly uncomfortable environment. On the poster produced by  members of ACT UP Barcelona appear the words: “There are people who are concerned for just one day…those affected suffer 365 days a year. We don’t want you solidarity, we want you to feel affected”.

Besides the material of Spain, the perspective is broadened through the incorporation of other documents, which even uncover, in the “First Intercontinental Meeting for Humanity and against free Neoliberalism” organised by the Zapatista Army for National Liberation of Chiapas, a reflection of HIV/AIDS and drug dependency. “The drug dependents are not excluded from the neoliberal system. They are included as consumers and victims of an economic power which, protected by the policies of free trade and globalisation , have become a new instrument of capital which reinforces the domination against countries and groups”.

The second line of argument precisely takes on this premise, because it revolves around the idea that “pharmacolonization of life”, in other words the set of rules, not just artistic, which stated that life was controlled unscrupulously by the alliance between neoliberal capital and the Big Pharma. So the malaise is politicised, whether through public demonstrations in Chile, with banners warning of the “psychotherapeutic holocaust”, through creative inserts in advertising which talk of the existence of  a “drug bank for people with HIV/AIDS”, or pieces such as the vinyl by Pepe Miralles Dinero = Poder = Muerte (1993). 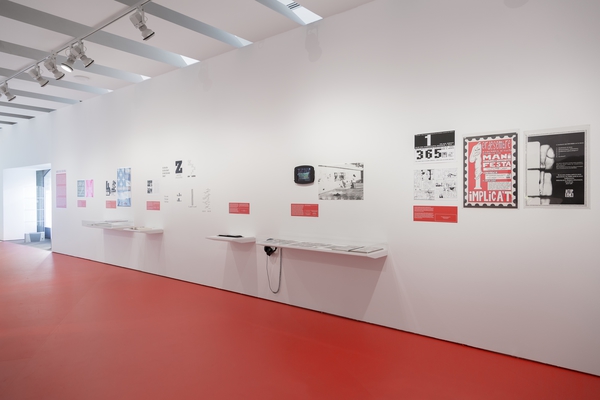 These two lines have been extended by three case studies, the third of which studies the relationship between heroin and HIV/AIDS in Barcelona, which was launched recently. This case sits alongside the materials of SCT UP Barcelona (the first case study) and the mural by Keith Haring Together we can stop AIDS (the second case study). In doing so there is an insistence in the continued need to situate the knowledge of an “archive” in relation to its context. In the neighbourhood of the Raval, which is a paradigm of the process of urban gentrification, where today there is the discussion of where to locate an extension of the local health centre in banal dichotomic terms of culture versus health, ACT UP has faced the public with banners claiming love and affection. Just a few metres away Keith Haring chose the Plaça Salvador Seguí in 1992 for the location of his mural, because he said it was the place you found most syringes. The city is always half empty of us.

The exhibition AIDS Anarchive can be seen at  MACBA, Barcelona, until 18 April.