Art for After the Shipwreck

Beyond the convulsions, crises and catastrophes caused by humans, nature always opens up new paths. That is the message that the latest works of painter Vicenç Viaplana (Granollers, 1955), included in his first exhibition at the Galería Marc Domènech, seem to emit. The supposedly natural forms, whether they be the simple suggestion of leaves or flowers on the veilings of the paint, invade around twenty large works on paper in a play on the border between abstraction and figuration. Ambiguity is intrinsic in the work of Viaplana but in this large series of work on paper it is manifest and uninhibited.

Under the title The Solo Recording Sessions – which evokes the musical superimpositions in the studio recordings – the works­ that make up this great visual symphony with variations are the indirect result of the economic disaster of 2008. Literally. In a large-scale recycling operation, one day Viaplana came across a collection of 200 serigraphies which had been abandoned in his Studio, after the publishing house that had commissioned them went bankrupt before the last piece was printed. 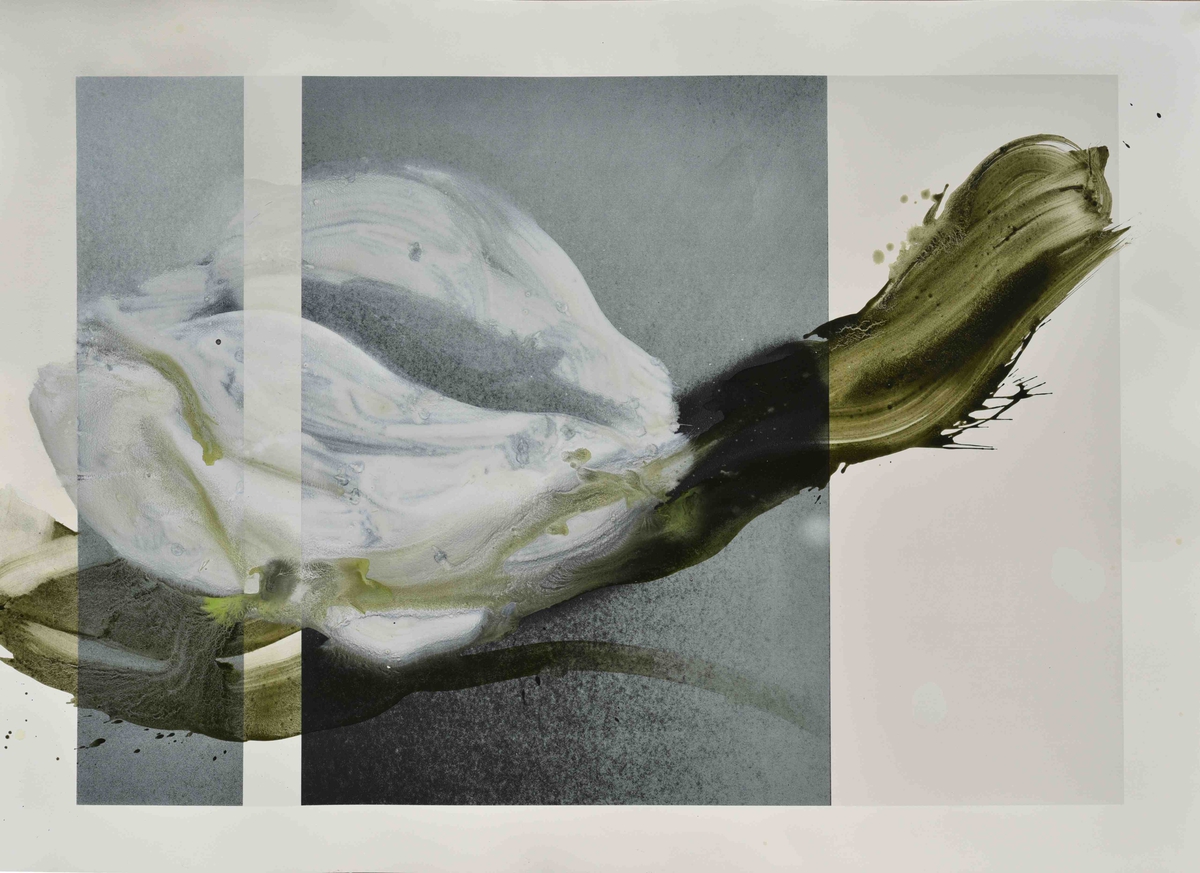 The artist decided to reuse them by adding graphic work, photography and painting. So, the papers passed from oblivion at the back of the storage area to a new life of colour and transparencies.  Celebrating the concept of non-permanence, life is expressed freely on paper with the splendid greens of vegetation or cosmological blues. Random played a very positive part in the mix between the silkscreen backgrounds and the later interventions. Despite the fact that part of the original pieces can be seen in many of the works like, for example, the separating bands which show through or the grainy backgrounds, each of the old serigraphies has become transformed. They are the jetsam from the shipwreck that has become reborn in new luminous and translucid shapes and lines and in patches and splashes of paint on the paper. 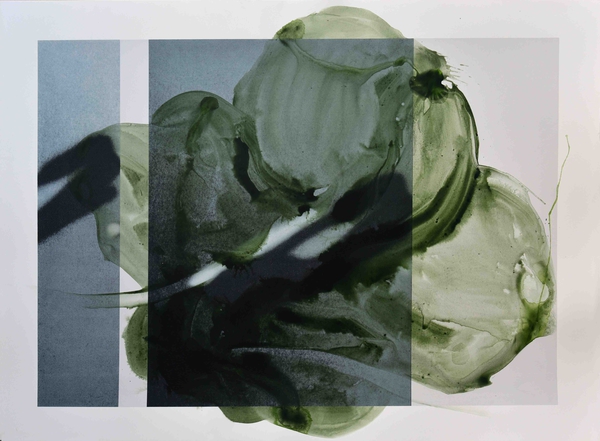 Viaplana, who in his previous gallery exhibition (Tot és possible, Carles Taché 2013) had already assured that the works came from a strong feeling of unconformity and rebellion as a result of the deliberate evasion of clarity that we suffer, has exorcised his current malaise in this long project, which is made up of four chapters. This exhibition shows works from the first and the second. When it is completed, with photographs of the full 200 works, the artist intends to make a film to close the circle. A reinterpretation of the reinterpretation as a byword for hope.

The exhibition The Solo Recording Sessions can be seen at the Galería Marc Domènech until 23 November 2018.