There was a time when great artists were used as television selling points. They were a landmark both cultured and famous. Nothing to do with the faces of athletes, actors and socialites that flood the idiot box today (no matter how smart it is proclaimed).

It can also be said that culture and technology have radically changed the advertising universe, and that in the 1960s, no one could imagine anything like the Google search engine, banners or YouTube. 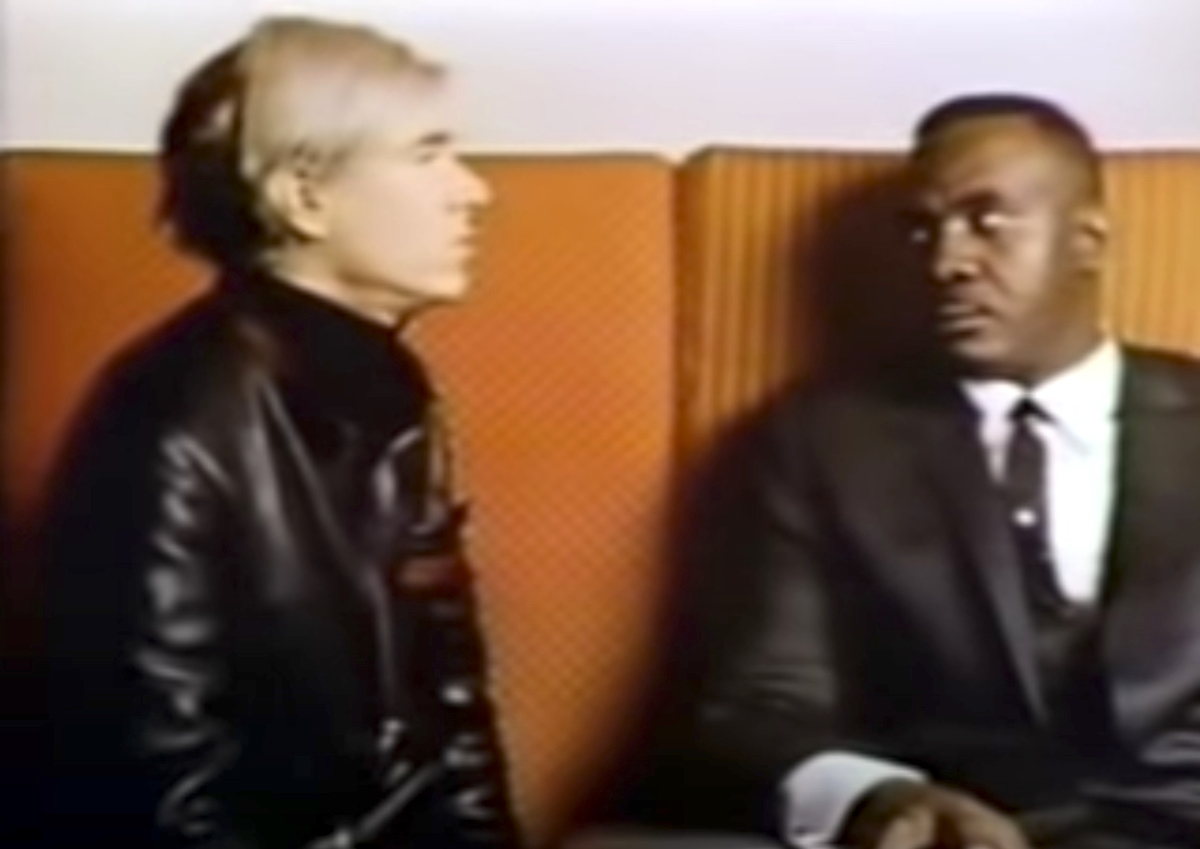 It is precisely on YouTube where we can rescue these ads, with a very low resolution for current standards, but delightful when it comes to longing for a world in which the word of an artist was trustworthy and even joyful.

One of the first artists to star in television commercials was Salvador Dalí. He was drawing advertisements for magazines in the twenties and in 1965 he premiered on television by Osborne, the Andalusian company.

Around the same time that he was designing a beautiful bottle of cognac, Dalí starred in a campaign with two commercials directed by Santiago Moro, where Dalí drew the word ESO in the air with his cane. It was another time, so a female face could not be absent, in this case, that of the model Elena Balduque, who ended the ad with « Unnnn Veterano sabor! »

In 1969, from PortLligat, Dalí shot for Lanvin – a chocolate company that had 8% of the French market – an advertisement that became famous. After eating a piece of chocolate, his whiskers begin to move like the wings of a bird (an effect achieved by a wax head and the traditional stop motiontechnique). He then proclaims: Je suis fou… du chocolat Lanvin! (Lanvin chocolate drives me crazy!). And the sound of the second movement of Beethoven’s Ninth Symphony.

Dalí’s last television commercial was to promote and explain the virtues of the Alka-Seltzer drug, an antacid containing aspirin. A Dalí dressed in a silver cape attacks with a marker the body of the model Nati Abascal, dressed in a white jersey. Then he paints her belly with various sprays. The ad had to be withdrawn because viewers complained, the scene made them think of a man attacking a woman with a knife…

Andy Warhol is Dalí’s best pupil. He also appeared in numerous television commercials. US Braniff Airlines – ceased operations in 1982 – created a series of advertisements in which famous people chatted in pairs. Dalí, in his ad, talks to baseball legend Whitey Ford. And he ends up shouting, with his characteristic Catalan accent, the company’s motto: « When you got it-Flaunt it! ». As for Warhol, he talks about Michelangelo, the Renaissance genius, to boxer Sonny Liston. Liston looks at him, curious, but he doesn’t say a word.

On YouTube you can find some of the ads that starred Andy Warhol. Like this one (https://www.youtube.com/watch?v=euiKFDgDl4k ), in which he speaks Japanese while announcing TDK videotapes. But my favorite is the one of Burger King. In the same way that in 1963 he had shot the experimental film Eat, in which artist Robert Indiana eats a mushroom for 45 minutes – or so it seems -, in the commercial for the fast-food chain Warhol eats a Whopper. Actually, it is a four and a half minute scene, shot by Jørgen Leth in 1981, as part of the film 66 Scenes. Burger King secured the replay rights, shortened the footage to 45 seconds, and aired it during the intermission of the 2019 Super Bowl.

And who says that concept artists don’t like to star in television commercials? We have the case of Yoko Ono who, accompanied by the melody of Imagine, stars, with her son Sean, in an advertisement for the Japanese telecommunications company Kokusai Denshi Denwa.

And when talking about irreducible conceptual artists, we must mention Chris Burden. Between 1973 and 1977, this artist bought television spots to broadcast subversive advertisements. As he well explains: « During the early seventies I conceived a way to break the omnipotent stranglehold of the airwaves that broadcast television held. The solution was to simply purchase commercial advertising time and have the stations play my tapes along with their other commercials ». Do not miss them.