The artist Carles Fontserè defined the poster as a “shout on the wall”. And he was right. For the first time in history, art abandoned the churches, museums and galleries to reign supreme in the streets. Beauty, larger than life, within everyone’s reach.

The artists, for their part, were freed from the tyranny of the dealers and the whims of the clients. Later they would have to be subjected to the mysterious science of the advertising experts but that is another story. 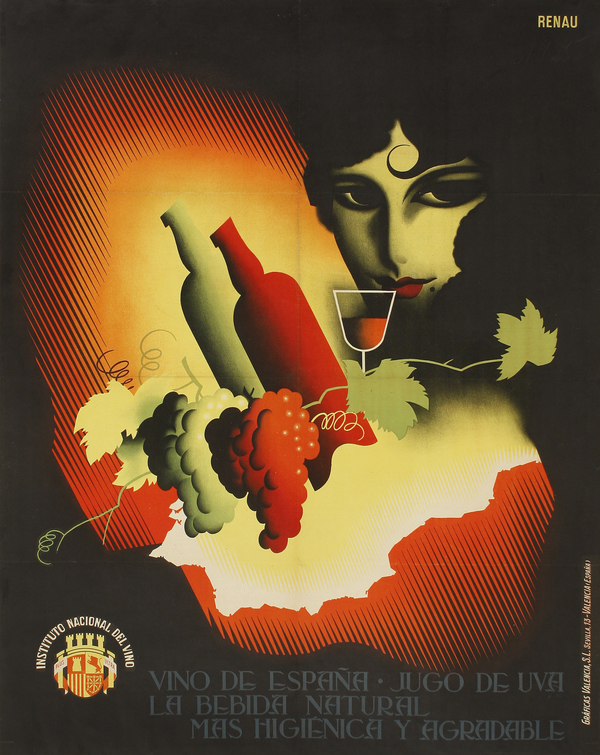 Works of art ceased to be unique, exclusive and limited to become multiple, ubiquitous, on fragile materials such as paper, but at the same time infinite and eternal. And with posters, of course, came collectors.

Soler y Llach, based in Barcelona, are leaders in the auction of period posters. Loyal to this artform in all its lack of discretion they have a date for us to mark in our diaries: 27 June at six in the afternoon, when they with auction 212 posters from the Josep Torné i Valls collection. You can consult the catalogue here.

As the preamble of the catalogue of Pacto Baena (also a collector and responsible for the recently opened Comic Museum in Sant Cugat) rightly says, Josep Torné brought together an exquisite treasure trove which, apart from including the best names in poster-making, constitutes a lesson in the daily history of the twentieth century. 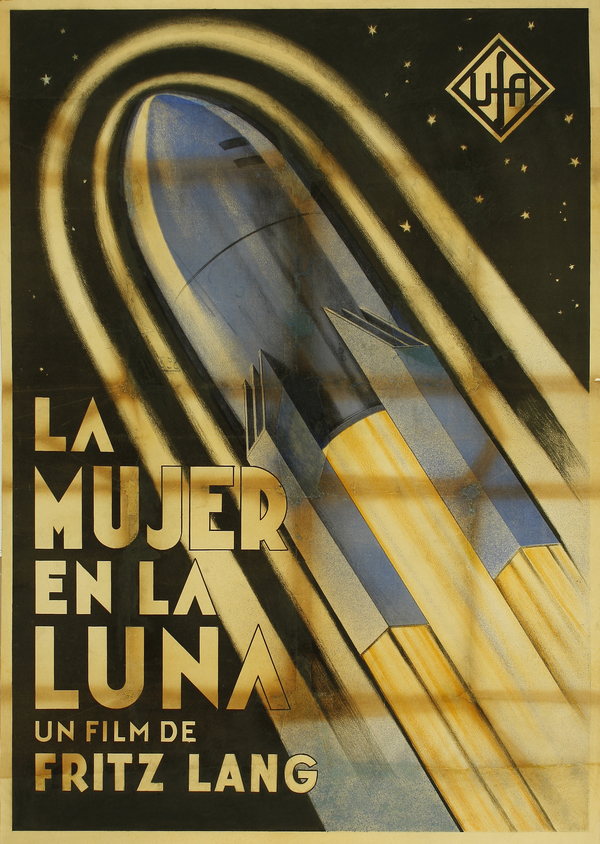 The auction is divided into topic areas such as food and drink, art and fashion, automobiles and transport, entertainment and, of coourse, cinema – the art par excellence of the twentieth century. There is also trade and industry, sport, education and health, trade fairs, festivals and tourism.

There are two things here to bear in mind: first, the aesthetic solutions, and the evident artistic quality, employed by their creators. The advances of the avant-gardists, rejected so radically from the exhibition halls, were nevertheless accepted in the form of advertisements or decorative elements in packaging. 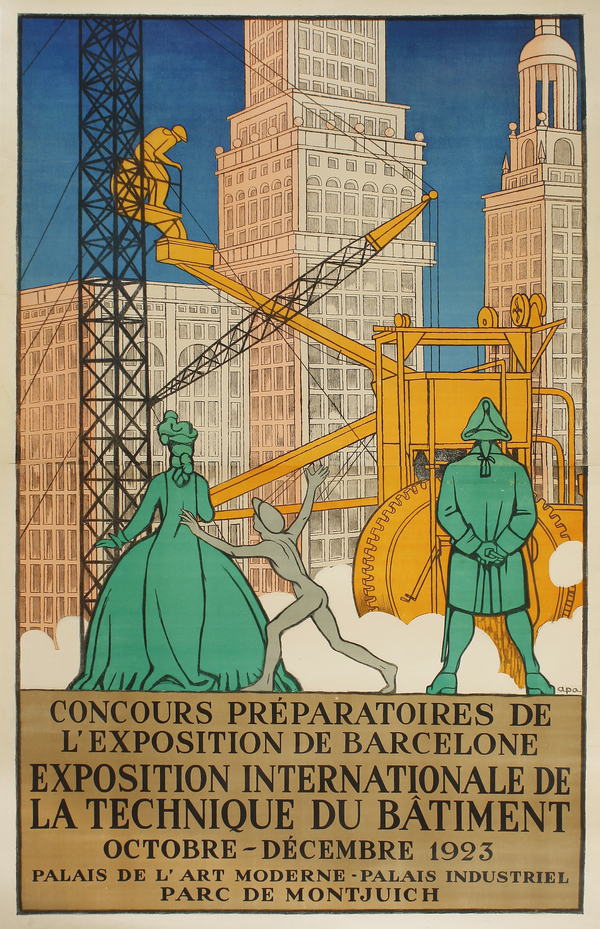 Second, discovering exactly how some sectors of the population lived. An huge lesson in history with a small ‘h’. For example the consideration of women and the degree of freedom that they would achieve as they entered the 1930s. The breakthrough of sport, the technological revolution, the food industry, the birth of tourism, fashion which was increasingly democratised, great public events which marked the way of life in cities such as Barcelona. 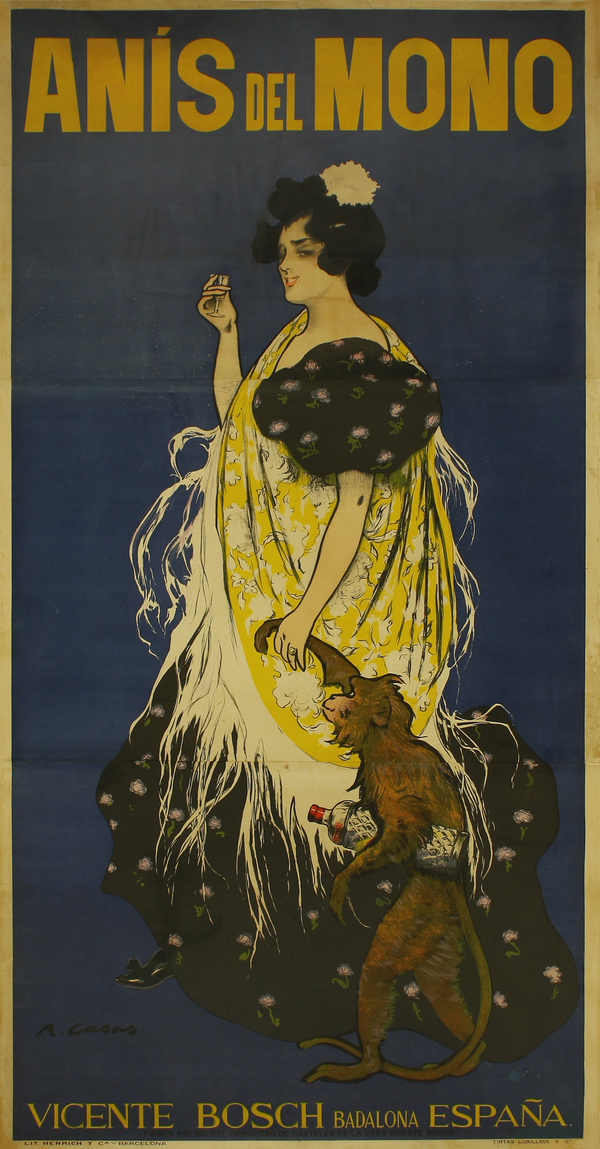 There are several elements which can be highlighted in this auction, such as the unusually low start prices, the quality of some iconic pieces – such as the two Anis del Mono posters by Ramon Casas, c. 1900 – which, coinciding with the Renau exhibition in the Born Cultural Centre in Barcelona there are four of his posters on auction from before the Civil War, (the institutional Vino de España, from c. 1935, the filmographic Katharine Hepburn en Sueños de Juventud, from 1935, the Esperantist XIV Kongreso de SAT Valencia, from 1934, and the spectacular advertisement for the film Tchapaief. El guerrillero rojo, also from 1934). 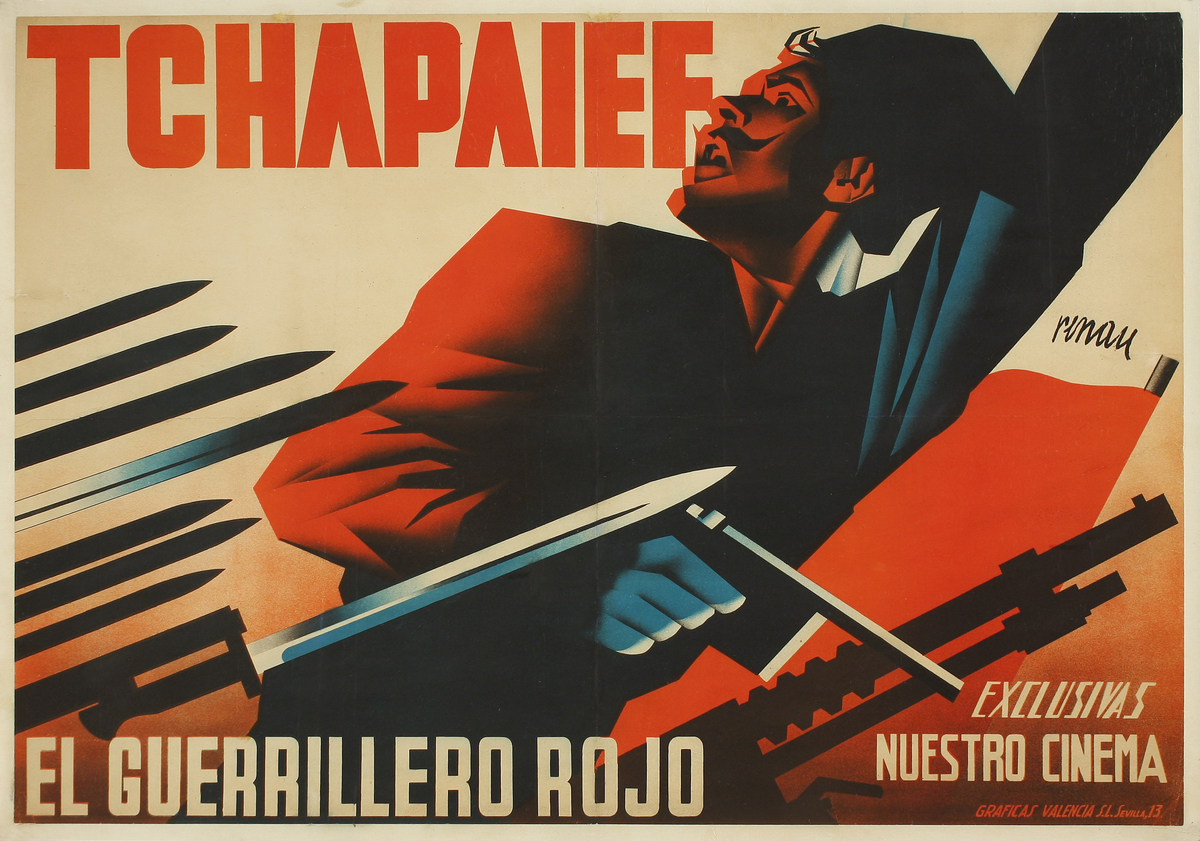 As an example of the breakthrough of the industry of mass consumerism, the Modernista posters by Alexandre de Riquer Fábrica de lustres, cremas y betunes de S. Ricart (1888), the Art Deco by Emilio Ferrer for the advertisement of Artiach biscuits (c. 1925) and the iconic  Tintes Iberia (c. 1930) by Falgás stand out especially. 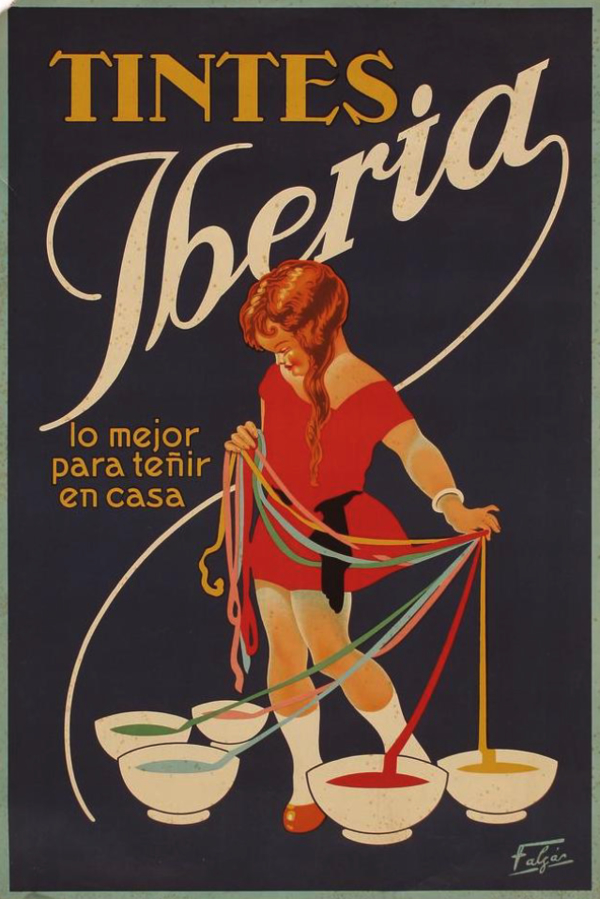 The great entertainment of the twentieth century was the cinema – extraordinarily represented here by, among others, Fritz Lang’s Woman in the Moon (1929) – and music hall, with a poster of Opisso which is deserving of a place in a museum (Compañía Ultra Moderna de Grandes Espectáculos. Tournée Americana 1932-1933). 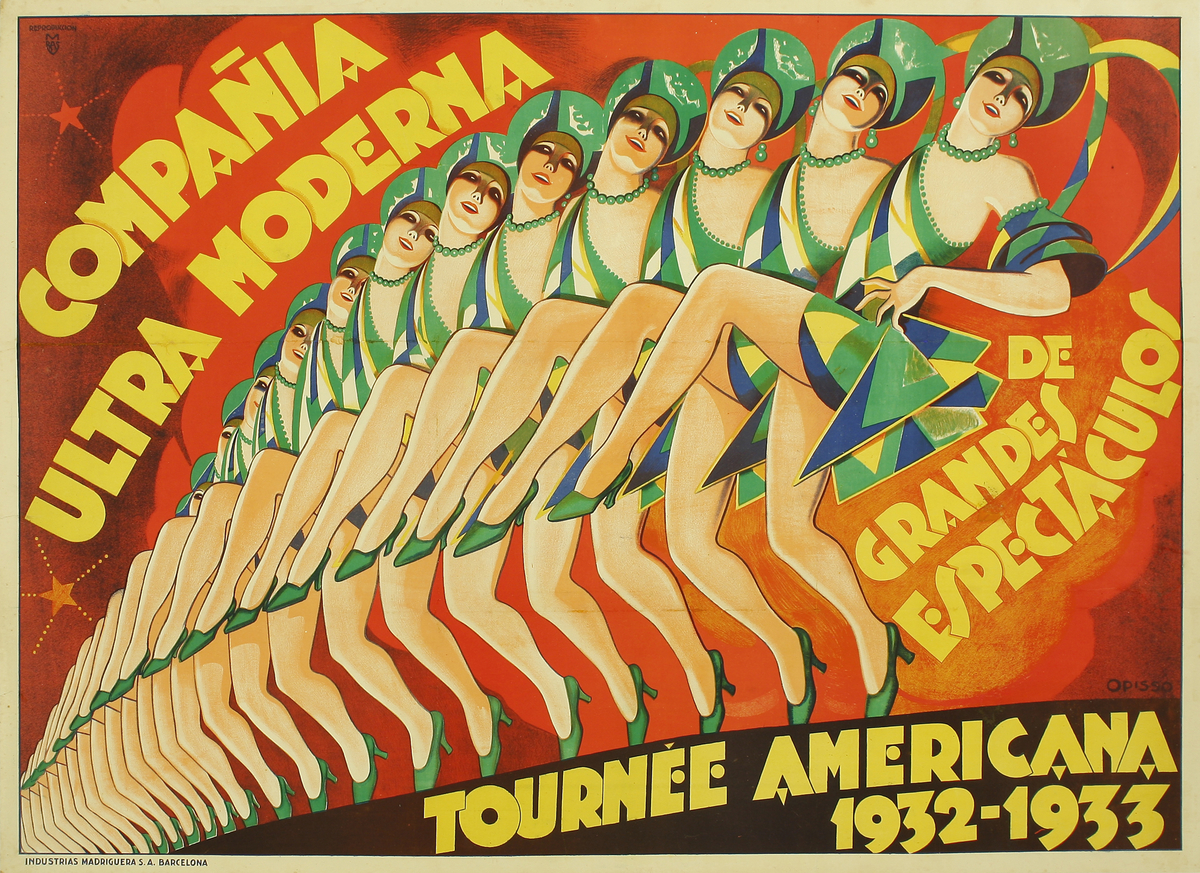 Sport is another of the great event of the twentieth century. Through the posters being auctioned from the Josep Torné collection we can see the ageless designs by Segrelles for F.C. Barcelona, the evolution of the automobile from 1922 – with the poster for the International Automobile Exhibition of Barcelona, also by Segrelles – and the competitions organised after the war by the Rhin Group – posters by A. García– and other examples of progress such as the Atomic Diesel Peter (1925) and the Artés radio-receiver for automobiles by Gala (1945). Not forgetting, of course, the emergence of a new sport in Catalonia – skiing – of which there are two particularly significant icons: the poster by Mooney Molina-Nuria (1934-1935) and that of Luis Esteso, Campeonatos de España de Esquí. La Molina (1947). 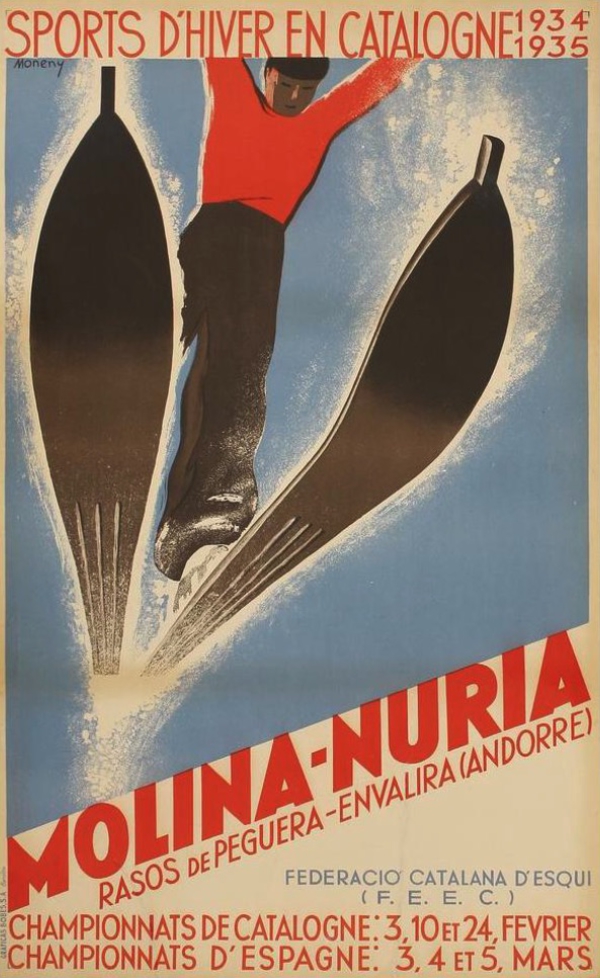 But if there is one historically significant sports poster it has to be that designed by Arteche for the Olimpiada Popular which was scheduled to take place in Barcelona on 19 July 1936. 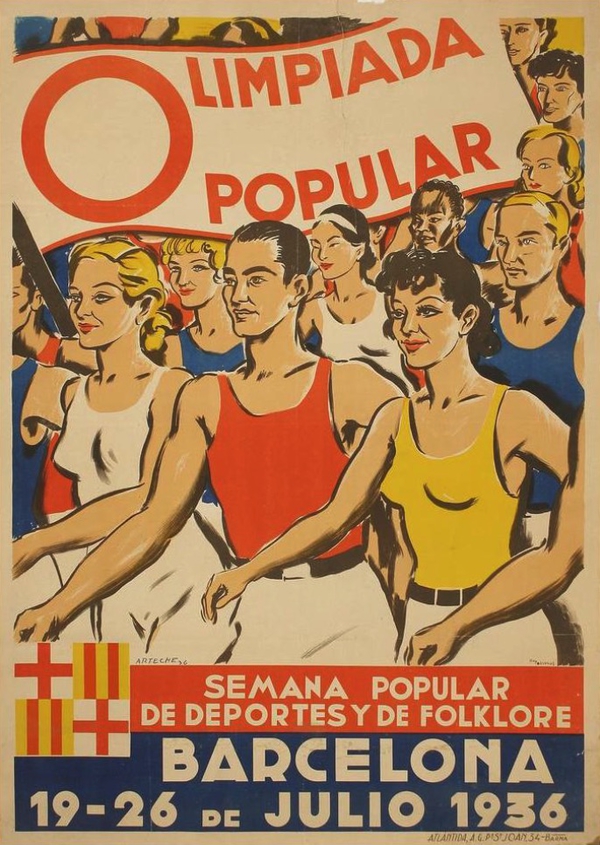 On an international scale, two of the most popular and prestigious poster-makers are also represented in this auction: Leonetto Cappiello, with an advertisement for Uricure (c. 1915), for rheumatism and arthritis, and A. M. Cassandre, with a delightful advertisement for the Ernest hatters company of Barcelona – such an exceptional piece that it has never before been seen for sale. 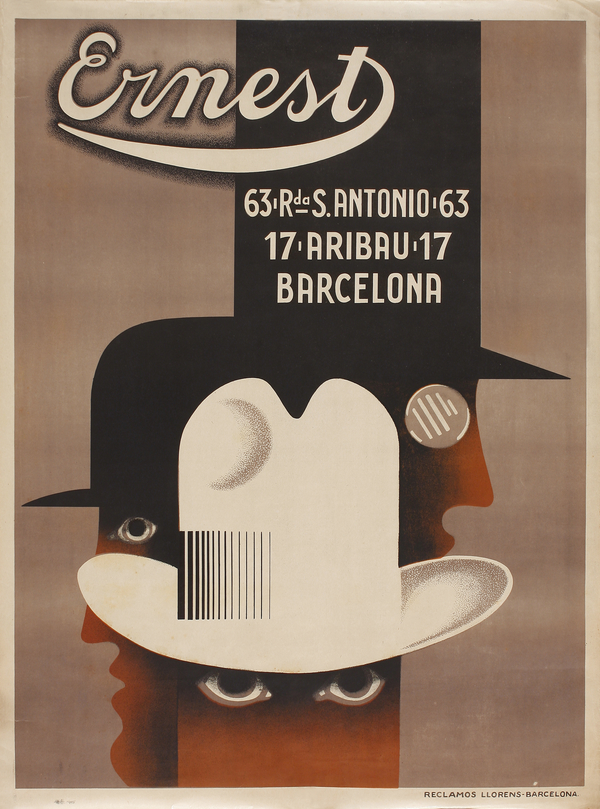 By the way, two hours before the start of the poster auction on 27 June, Soler y Llach will also be auctioning books, manuscripts, maps and collector’s items, with an extraordinary collection of post-war Spanish comics also from the Josep Torné collection: Cuadernos Selectos (1942), Aventuras célebres (1942), Pulgarcito (1946), El Coyote (1947) and Super Pulgarcito (1949).