Bernardo Bertolucci and the Last Tango in Paris

The recent death of Bernardo Bertolucci has had a significant secondary effect: the proliferation of journalists who, among the entire contribution made to the world of cinema by the director of movies such as Last Tango in Paris (1972), 1900 (1976) and The Sheltering Sky (1990), what they most chose to highlight was… guess? Correct: that. The ghost of the butter scene haunts Bertolucci even in death.

None of those texts mentioned the moving ending of The Sheltering Sky, or the history of fascist violence to hold back the rise of socialism in 1900, nor even the splendid and heart-rending existential portrait in Last Tango in Paris. No. What they chose to focus on was the use of a milk derivative as a sexist and sexual lubricant, in the famous scene in which the character of Marlon Brando springs a disagreeable surprise on the character of Maria Schneider and also –even more disagreeably– on the young actress herself. 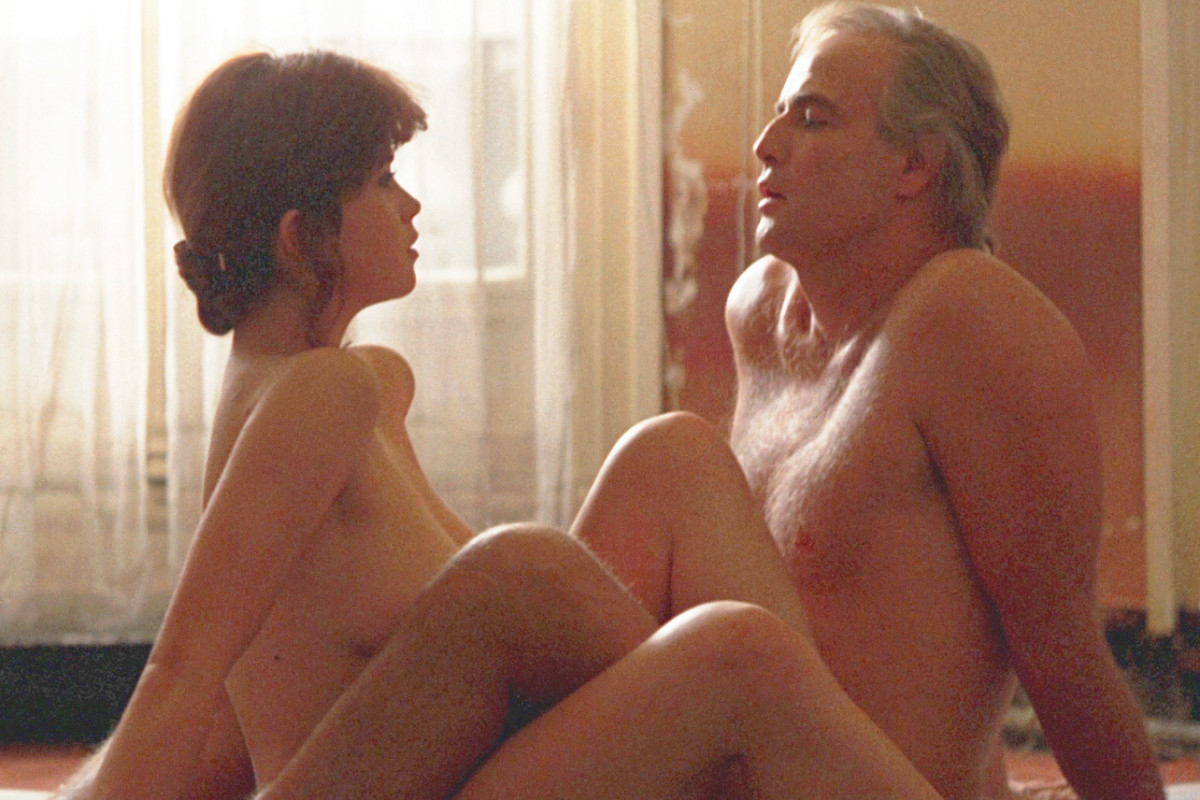 We should make it clear here that, according to the director, the actress was not actually raped, that she was aware of the script and that the “only introduction” was the use of butter –a surprise which she experienced as a humiliation. These days it was somewhat predictable that that sordid filming episode should be associated with the very necessary –although at times exhibitionist– #MeToo campaign against sexual harassment.

However, I am going to take a different path. I think that sometimes, or even often, we only see what we are. In the sense that those who, out of the entire filmography of Bertolucci, only thought of focusing on that episode, actually have a problem themselves. And not just with Bertolucci’s films, but if they rummage through the biographies of many other creators – both old and new (Picasso, Dalí, Joyce, etc.), I fear that they may have to repudiate a large part of the history of the arts. 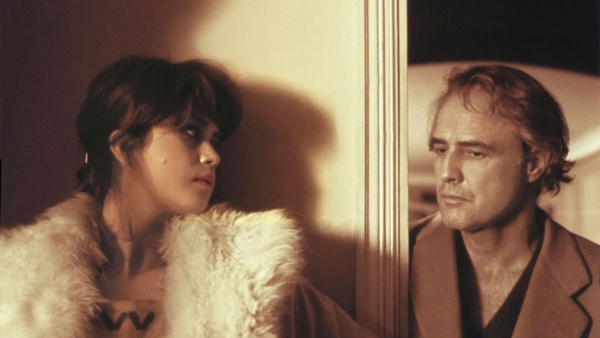 In my opinion Last Tango in Paris is Bertolucci’s masterpiece. And also that of his main collaborators. The crepuscular and brightly-lit photographic poetry of Vittorio Storaro expresses very well the essence of the story, as does the moving and yet vital music of Gato Barbieri. In the same way, part of the collective authorship of this film is the unconscious existential and autobiographical confession of Marlon Brando, who often improvised and changed the script, by Bertolucci himself and the film editor Franco Arcalli. Bertolucci was grateful to him and thereby managed to sap the most unconfessable part of Brando’s life. When Brando saw the movie, he was shocked and didn’t talk to Bertolucci for fifteen years.

The impression that I got after the death of Bertolucci is that there has been an excessive number of articles published by people who have frequented Wikipedia more than the film and book libraries. It perplexes me that a major newspaper can dedicate a double page spread to this great director without even mentioning his excellent director of photography Vittorio Storaro, who Bertolucci considered to be his brush and his painter, which is saying a lot. And no mention either of the scripts of some of his best films that were inspired by Jorge Luis Borges (The Spider’s Stratagem) or adapted from stories by Alberto Moravia (The Conformist) or de Paul Bowles (The Sheltering Sky). 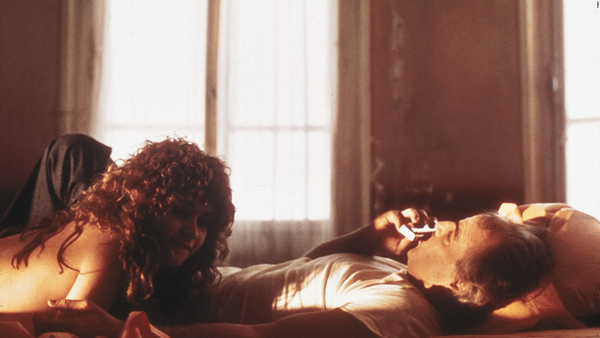 The first days after Bertolucci’s death reminded me of a phrase by Jean Cocteau which nailed it: “Success is a misunderstanding”. Tango was a huge audience success, but I doubt that many people made the most minimum effort to try to understand its sense or its meaning. Beyond the obvious, what I see in Tango is a version and a cinematographic vision of the duality that was painted so often by Francis Bacon: sexual, carnal desire and its dark, monstrous or empty flipside.

The protagonist could endorse the first lines of Dante’s Inferno

The beginning of the film brings to mind Edvard Much’s The Scream. The star’s partner has committed suicide. In the beginning there was death. Right away we find ourselves in a time of destruction, away from earthly paradise. The protagonist could endorse the first lines of Dante’s Inferno: Nel mezzo del cammin’ di nostra vita / Mi ritrovai per una selva oscura, / Ché la diritta via era smarrita (When I had journeyed half of our life’s way, / I found myself within a shadowed forest, / for I had lost the path that does not stray).

Very soon after, follow the initial scream, comes the apparition of a woman like the promise of a new life. She represents, if not exactly the innocence of Eden, at least the innocence of youth. And if not love, precisely, then sex. Beyond the fantasy of having sex with a stranger, the themes are those of Dante. But the tone oversteps the mark and is not harmonious – closer to Bataille than to courtly love. 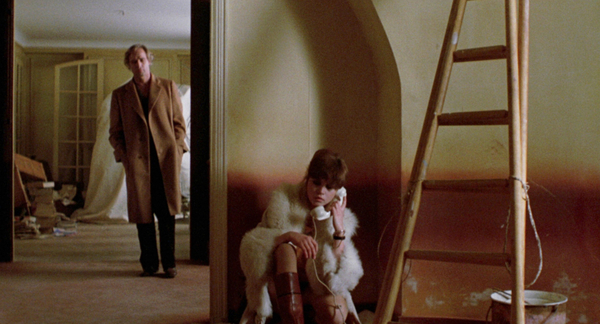 In earthly paradise there no names or roles or social classes, or frustrated professions, or identities fixed in sad tick-boxes. Bertolucci presents in Tango the possibility of a relationship radically unhinged from all social conventions; a wild relationship in an absolute moment in time, which is, above all, sexual and carnal. His earthly paradise, isolated from the outside world and a previous life destroyed, is like a spatial-temporal oasis with the aspect of an empty apartment, illuminated by the twilight. This desired paradise is the colour of skin.

In that film Bertolucci proposed a relationship which was sexual, isolated and antisocial. But that did not work either. First because the aggression of the male and second because of the resentment and fear of the female destroyed any kind of interpersonal utopia. And when the male star decides to move into a social logic, he is rapidly annulled. The nameless sex and the final dance were the possibly the final gestures before the ultimate farewell. The outcome contains Freudian and political connotations which the director develops further in other films. 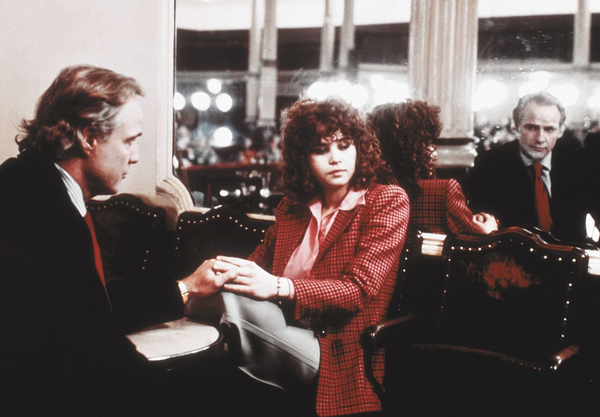 Last Tango in Paris is a poem in the form of a cinematographic story. The fluidity of the camera, the fragmented frames and the figures duplicated in reflections are forms which both express and signify the meaning of the story and the rhythm of the poem. In written poetry, it is the only soul of the poet which is exposed, either masked or unmasked. But in a film like Tango the actors are also exposed. Bertolucci was not afraid to introduce elements of cinéma vérité in a fictitious story based on a theme which was as extreme as it was delicate. In some ways, this work is also profound and true thanks to the sordid episode drawn from the biographical experience of the actor and the vulnerable innocence of the actress. Sometimes the directors of narrative movies are like vampires. And that it perhaps why others prefer –or maybe we prefer– to write stories or poems.