Between the River Onyar and the River Ripoll, Mela and Antoni

Among all the foreign artists that art dealer Josep Dalmau exhibited, Mela Mutermilch (Warsaw, 1876 – Paris, 1967), or Mela Muter as she was known, was the one that had the biggest impact in Catalonia.

Although her visits were only occasional, she left a great mark. In fact, apart from the Uruguayan Rafael Barradas, she is the only artist to be represented in the permanent collection of the Museum of Modern Art of Catalonia (MNAC) with two magnificent paintings: the portrait of Dalmau himself and La Santa Família.

In 1911, Dalmau invited Mela to have a solo exhibition in his gallery and this initiative had a huge impact. Among the other journalists and art critics, Carme Karr wrote a long review in the magazine Feminal, for which she was the editor. A year later, Mela exhibited again in the Dalmau gallery in a group show of Polish artists.
While she was actually living in Paris, she made several visits to Catalonia, Castile and the Basque Country. As Cristina Masanés explains in her review of the magnificent exhibition of Mela in the Museum of Art of Girona, in 1914 she spent just a couple of months in the city of the River Onyar, where she painted some unforgettable works and, just as in Barcelona, her work and her presence make a big impression on the intellectuals of the city. Rafael Masó and Xavier Montsalvatge offered her a solo exhibition in the new Athenea gallery. There she met the painter Pere Farró and Manolo Hugué, who was also in the area at the time.

And it was thanks to her time there – short but fruitful – that Girona came to know her. Her first retropective, although relatively small was organised in 1994 by Mercè Doñate. And in Barcelona, a couple of years ago, the MNAC, under the directorship of Juan José Lahuerta, commissioned the historian of Polish art Monika Polinska (partner of Juan Manuel Bonet) to curate a new and more complete review of her works.

Unfortunately, this initiative was curtailed when Lahuerta left the museum and it was, once again the Art Museum of Girona which took up the idea again under the curatorship of Glòria Bosch, Susanna Portell and Artur Tanikowski. I have to say that this exhibition is highly recommended, and it is a shame that it has not also travelled to Barcelona to complete the circle. In any case it is certainly worth making the trip to the Onyar to visit it. 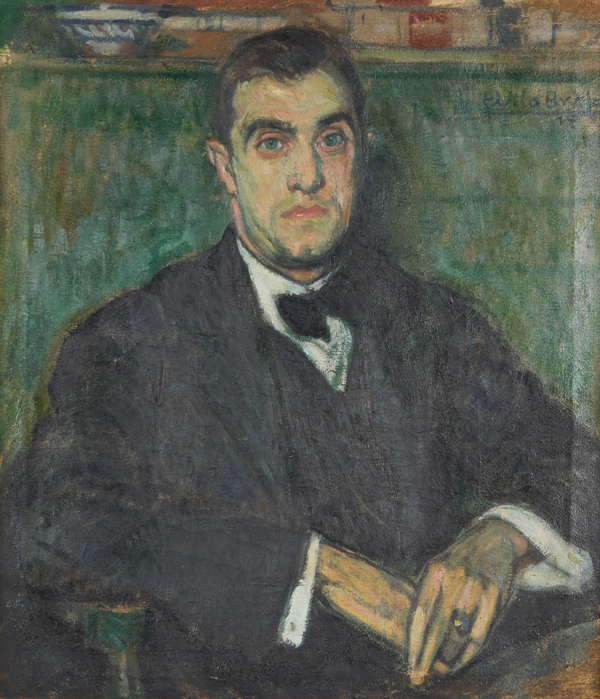 Unknowingly, and apart from the interest from Girona and the complete acknowledgment of her talent by Dalmau, Mela had a disciple in Sabadell who fell in love with her painting so much that he followed her for almost a decade and her name was always present on his lips. That person was Antoni Vila Arrufat (Sabadell, 1894 – Barcelona, 1989). In fact, the young Vila wanted to be a musician and for his whole life he was frustrated that he did not manage to become one, but his parents wanted him to be a painter following in the footsteps of the family patriarch: Joan Vila Cinca, and they did everything they could to that end. From his father’s studio Antoni went on to study at La Llotja, where he was taught the delights of Costumbrismo and southern Luminism, which, much later, when he began entered a phase of academicism would serve him well. As a boost to his educational training his parents sent him on a municipal grant to the Madrid, to study at the Real Academia de Bellas Artes de San Fernando.

When he returned in 1917, the young Vila left behind all his ideas of domestic Zuloaguism, and moved towards the work of Joaquim Mir, who was also living very close to Sabadell, between Santa Perpètua and Mollet del Vallès, and who had become the beacon for two other local young painters: Joan Vila Puig and Rafael Durancamps. We do not know if Antoni ever visited Mela’s 1911 exhibition when he was studying at La Llotja, or if he saw her work in Girona in 1914, but what we do know is that he knew the work of this Polish artist in great detail and in 1918 made a radical change in his own work. 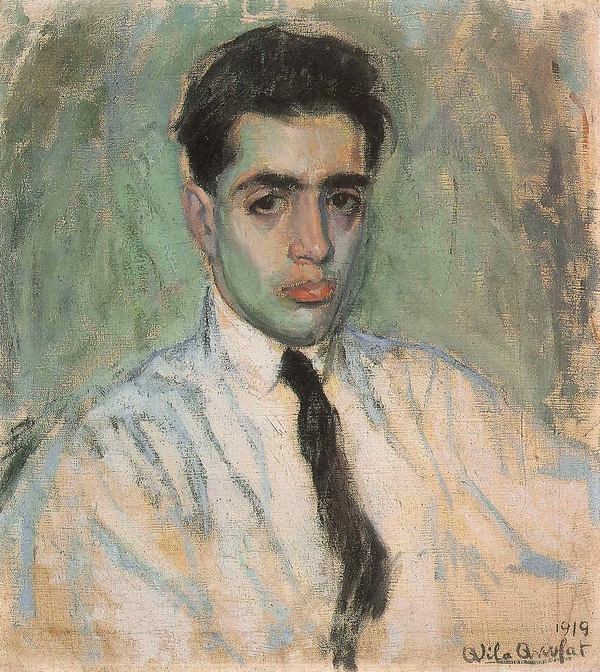 It was then that he declared himself a true follower of Mela and, thanks to his new path, he achieved one of the greatest moments of his artistic career. His exhibition in 1919 in the Galeries Laietanes was an exceptional reflection if his new direction. The spirit and the palette of Mela spilled over into all aspects of his work. His portraits of friends from Sabadell such as Francesc Armengol Duran – the promotor of the Terramar urban development in Sitges – the engraver Ricard Marlet, the writer Joan Trias Fàbregas, the illustrator Josep Sanllehí, and Rafel Durancamps, among many others, are the evidence of this inspiration, as well as the landscapes of the banks of the River Ripoll, with clear connotations of Mela’s Onyar. There are also the figures, pregnant women and murals, made in the style of the time with fragmented and vigorous brushstrokes, leaving some part of the canvas empty and the use of blue, ochre, brown, green and yellow tones, applied with an assurance and strength. This splendid and prolific production would end up being protected by the very maternities and sleeping beauties of which it was composed from the 1930s onwards, and become a clear hit with the clients of the Sala Parés. 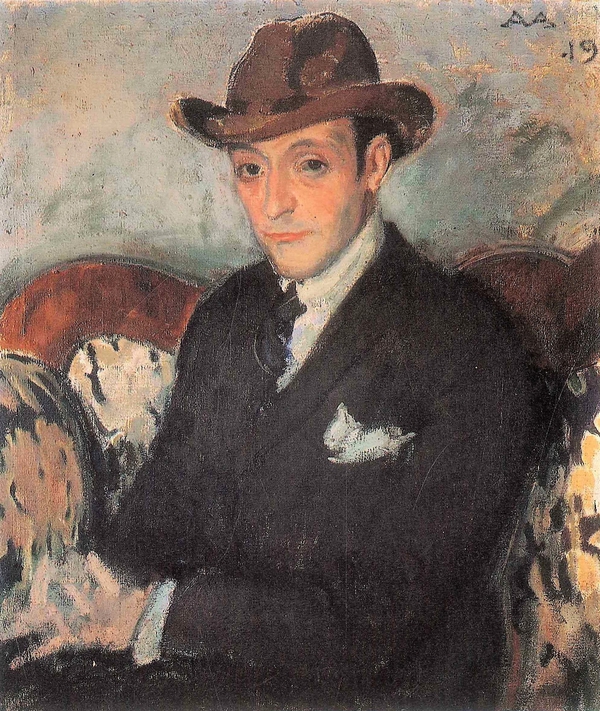 At the height of Muter’s success, in 1920, Antoni travelled to Paris, just as Josep Togores, and Joan Miró, had done. Vila spent a time in the French capital but did not really find his feet, even though he did make contact with Mela, who he so admired, and he was rather shocked to find that she had such a great admiration for Picasso, who had become the bad boy of Catalan art due to his return to tradition and his distancing from the avant-garde. The mark of Mela, however, continued in the work of Antoni, although it became weaker over the years, blurred into the background of scenes which toed the line with the established order.

The catalogue of Mela Muter published by the Museum of Art of Girona not only contains the other Polish artists which were exhibited by Dalmau but also offers very interesting information about the artist herself and a detailed account of the mark she made in Catalonia. It is a shame, however, that the name of Antoni Vila Arrufat does not appear given that, here, he was probably her greatest follower.