Buster Keaton: slapstick and jazz at the CaixaForum Barcelona

If you still haven’t discovered the genius of Buster Keaton, then are in luck. And if you have, you are also in luck: on 21 August at the CaixaForum in Barcelona the December Quintet will offer live musical accompaniment to the film The Paleface.

But this is not a simple illustrated concert or a projection with a live soundtrack. Paleface (1922)  can be seen in good quality resolution (with a good soundtrack) on YouTube.

The secret of the “Listen to the silent movies” at the CaixaForum Barcelona (you can reserve tickets here) is in the December Quintet, the indie jazz band which, apart  from playing the soundtrack, offers a great lesson in the relationship between music and film. In this case they use different jazz styles such as swing, bebop, ragtime and Latin jazz.

Buster Keaton, Charles Chaplin, Harold Lloyd and Harry Landon were the kings of Slapstick, that highly physical comic sub-genre with its frenetic action and hyperbolic violence. Slapstick movies normally lasted around twenty minutes and were the supporting feature for the main film. With sound, the slapstick shorts would be substituted by even shorter, more violent and more frenetic cartoons.

It is no coincidence that jazz and cinema were born at almost the same time. Two future geniuses, Salvador Dalí and Luis Buñuel dreamt of locking themselves into a cinema for days, surviving only on jazz music, tins of preserve and Buster Keaton films. Slapstick and jazz – two symbols of contemporaneity. 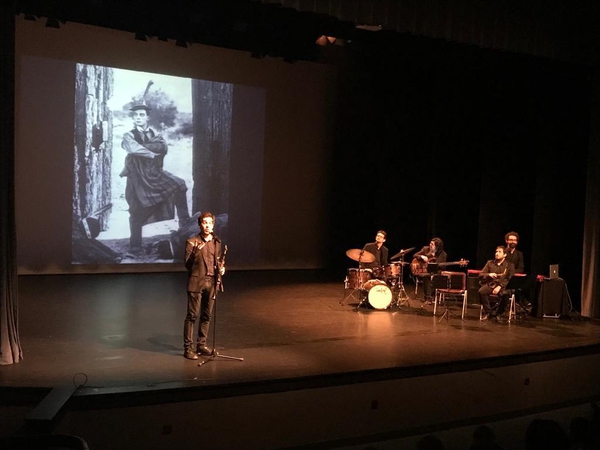 During the session “Listen to the silent movies”, the December Quintet will explain who the soundtracks for silent cinema were made. Film is a succession of still photos and the process of mounting them is very similar to musical composition. It’s not only your body that’s dancing – your eyes are too!

“Listen to the silent movies” is aimed at family audiences and provides a fun space for learning how music affects our perception of the movie. For example, the leitmotifs help us to recognise each of the characters; the instruments can marc special effects, underline mood, moments of action, etc.

After our information session, we will watch The Paleface with the live jazz music of the December Quintet. How is it that almost one hundred years on and this film is still so funny and so current? And even more, how is it possible that from his apparently banal humour, Buster Keaton was able to denounce the abuses of the native Americans at a time when everyone else was doing the opposite? Even in that Keaton was a true pioneer. 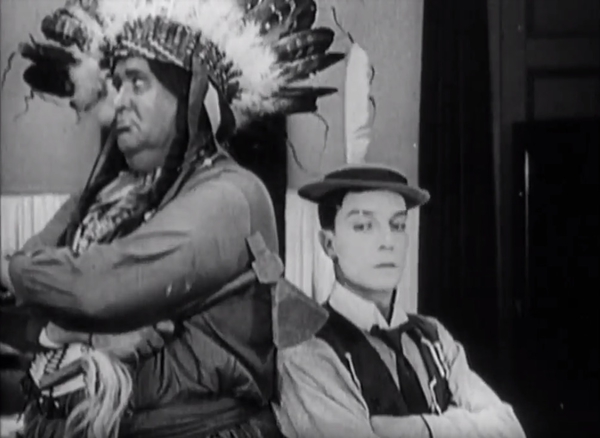 By the way, if after this magnificent session you want to know more about Buster Keaton you can see many of his films on YouTube or see the cinema documentary The Great Buster, which opened this summer.