The exhibition Life? Or Theatre? by Charlotte Salomon at the Monastery of Pedralbes is destined for success.

Partly because we are always more attracted to biographies with lives full of action or tragedy, such as Caravaggio or Van Gogh, than the steady, quiet lives of Miró or Vermeer.

The stones which Virginia Woolf carried in her pockets to make sure she drowned properly when she committed suicide exude poetry. The drugs which do not cease to take away singers and musicians, seem to us the consequence of a lack of adaptation to a hostile society by sensitive and highly creative spirits. 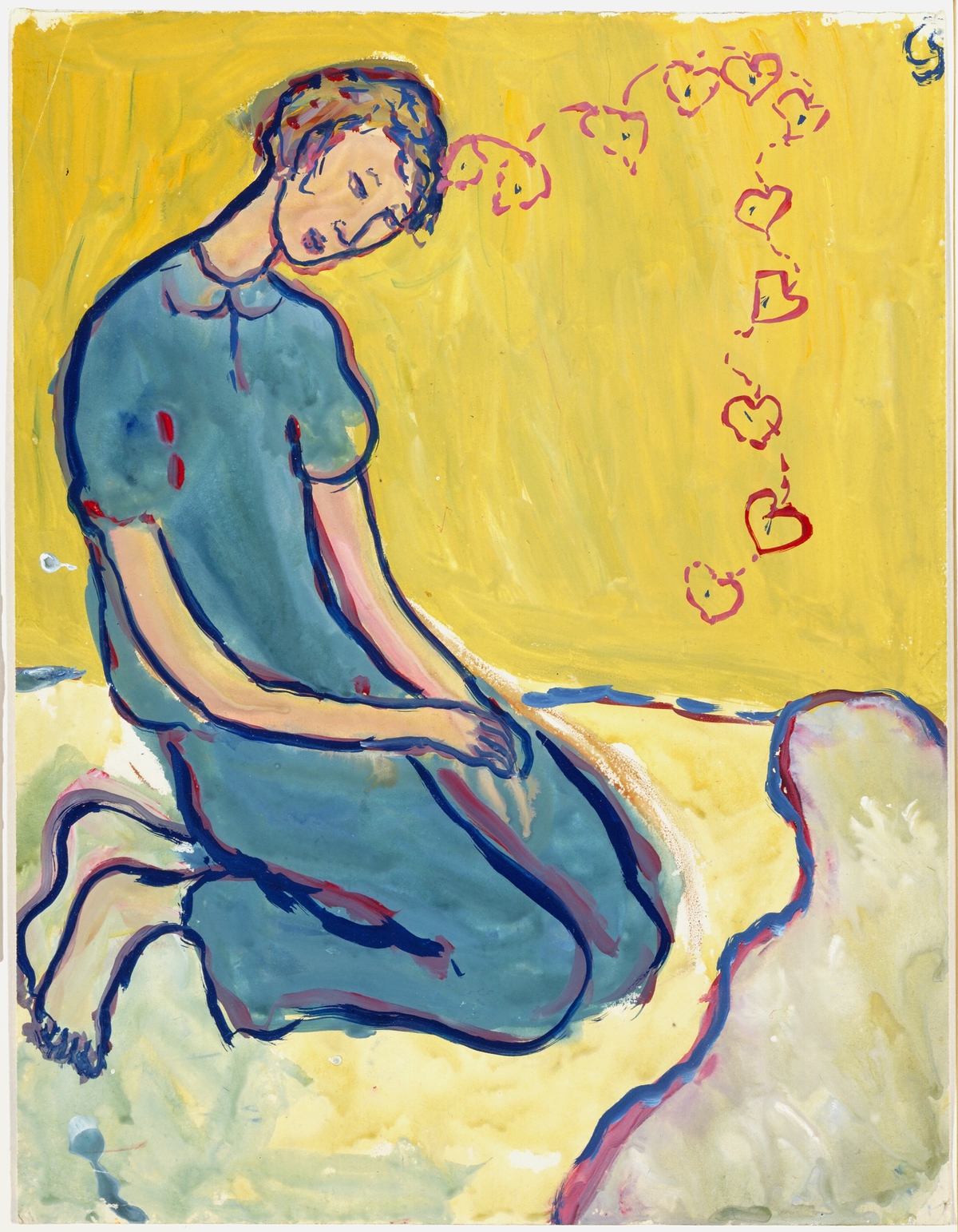 Charlotte Salomon (1917-1943) is an artist marked by both family and collective tragedy. She was born into a Jewish family and it was her misfortune to experience and suffer the height of Nazi Germany. She was just 26 years old when she was deported and exterminated in Auschwitz. With her strong artistic vocation, Salomon came up against another of the difficulties of the time in developing as a professional artist: she was a woman. So, just as in other cases, Salomon’s work contains the legend of the female artist rediscovered long after her death. 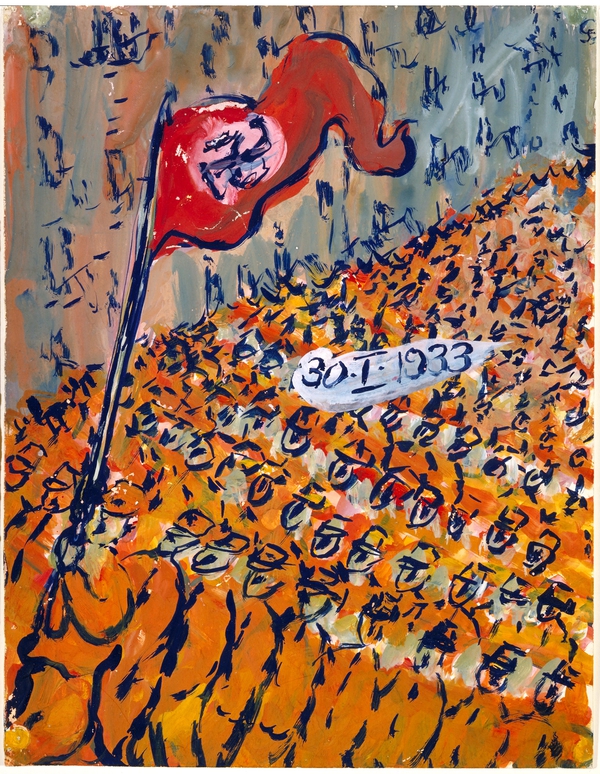 Life? or Theatre? Is a collection of almost 800 gouaches which Salomon painted from 1941 to 1942, obsessively, with the aim of achieving catharsis or therapy. But this is not just a series of paintings. It is her entire work, with a narrative-autobiographical thread which she conceived to exorcise her family demons after she had discovered that many members of her family – especially the women, such as her mother, her aunt and her grandmother – had committed suicide. And all the time the figure of the grandfather in the shadows like one of Murnau’s monsters. I won’t go on otherwise I will give away spoilers to this narrative work.

Gouaches that often look like storyboards or comic strips

Of all the works, the curator of the exhibition, Ricard Bru, has selected 237 pieces from the Jewish Historical Museum in Amsterdam. The entire exhibition could well be a contemporary graphic novel, a theatre piece and even a musical given that the artist thought up a soundtrack for the gouaches, which often looks like storyboards or comic strips. They are accompanied by texts which can be found in small booklets at the entrance to the exhibition. In fact, there is already an opera, a novel and a film in progress about the artist. 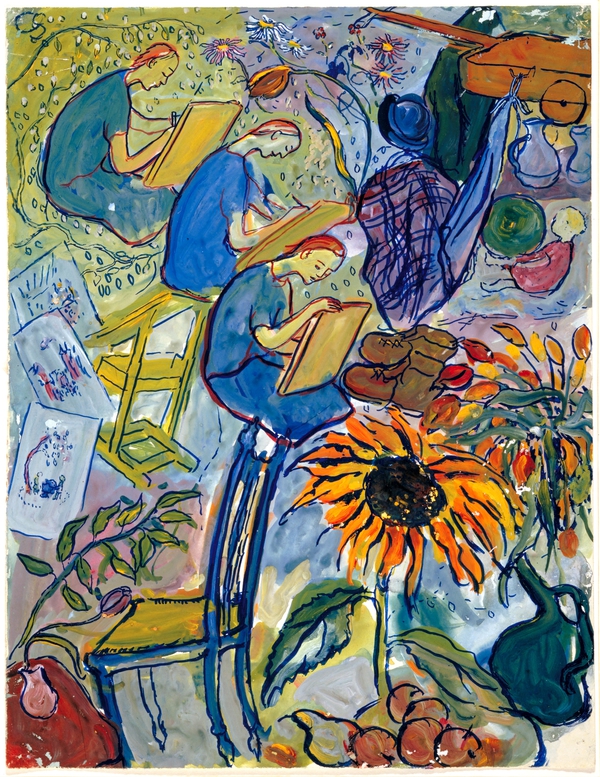 But the most important thing is that in this exhibit we can see Salomon’s original gouaches, and even setting aside the powerful story they tell, we can appreciate her extraordinary talent as an artist. Using just three colours – yellow, blue and red – she creates a solid artistic work, coloured and impregnated with the aesthetics of German expressionism. As the narration progresses this becomes simplified towards a more gestural art which finally ends in strokes which only form words. It is a wonderful lesson in hope – despite the terrible ending – and of life, and a palpable demonstration of the curative nature of art.

The exhibition Life? Or Theatre? Charlotte Salomon. Berlin, 1917 – Auschwitz, 1943 can be seen at the Monastery of Pedralbes in Barcelona until 17 February 2019.