Everyone knows them as some of the most central characters in history, capable of pulling the strings during the Second World War, which decided the fate of millions of people, whole states and political systems.

But when they had a moment all three opened up their paint boxes, set up their easels and settled down to a spot of relaxing painting as if they had never hurt a fly. They were quite simply Sunday painters…painters of the armistice. 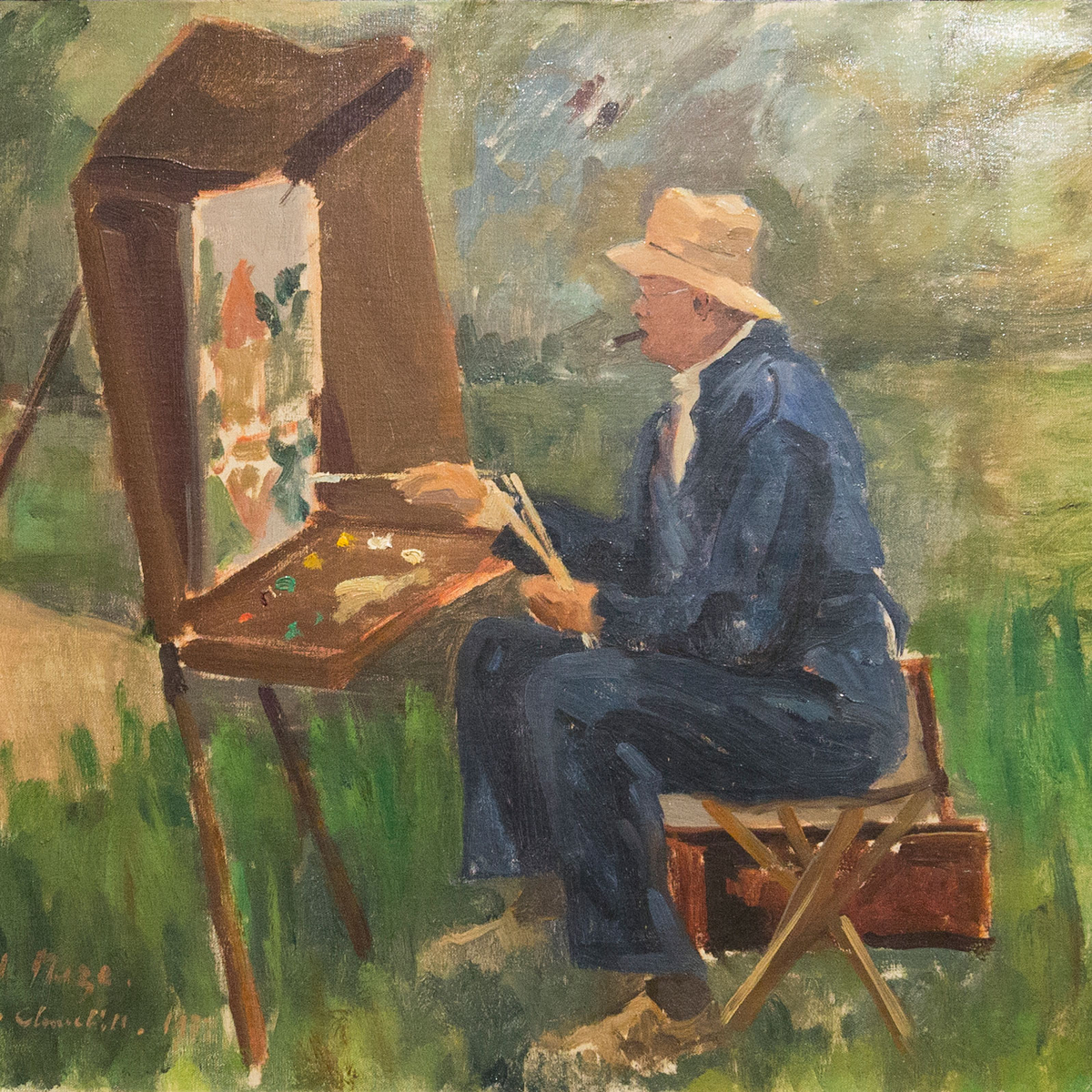 Sir Winston Churchill reserved his “blood, sweat and tears” for the war effort. Following the disaster of the British fleet in the Dardanelles strait during the First world War, he was relegated from his rank and took refuge in France where, out of sheer boredom, he began to paint using a box of water colours. Later he moved on to oils and in 1917, rescued to become the Minister of Munition, he imposed a new weapon – the tank – which would be decisive in the final victory.

In the interwar period he submitted a landscape painting of his house in Kent to an amateur painting competition and won. Later he sent five paintings to Paris, signed under the pseudonym Charles Morin… and sold four.

In 1947, having been rewarded for winning the Second World War with an election defeat, he continued to paint under the new pseudonym. And at the end of his life, as well as publishing the essay on aesthetics Painting as a pastime he sought the light in Sainte-Victoire (following in the footsteps of Cézanne) and often panted in Marrakesh. Result: 48 years of painting and more than five hundred works in oil. 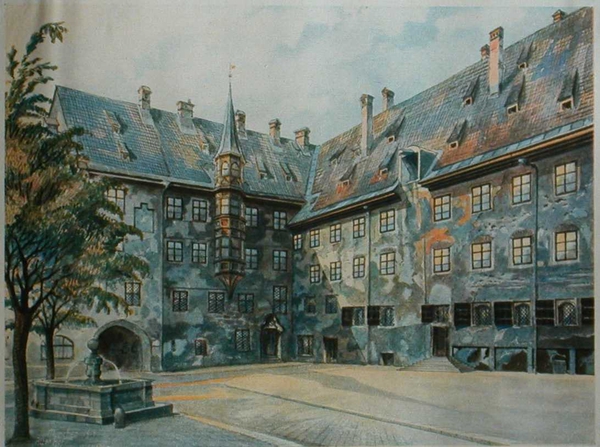 Adolf Hitler, The Courtyard of the Old Residency in Munich, 1914.

The case of Hitler was completely different. He wanted to be an artist from a very young age but did not pass the entry exams for the Vienna Academy. For five years he earned a living in the Austrian capital selling painted postcards and small work at ridiculously cheap prices.. His clientele: people associated with the beer trade and frame sellers who needed to fill their products with some image or another. Once installed in Munich he would take part in the First World War as a trench messenger, and would paint the occupied territories in his free time. The last paintings by Hitler date from the time of his imprisonment in Landsberg, following the putsch of 1923.

Hitler cannot have been very confident about the quality of his art when in 1935 he ordered a secret operation to recover the thousand-odd works he claimed to have painted and sold during his bohemian years. On the other hand, in 1942 the German Home Office declared the works of the Führer to be of National Importance and they could not be sold without government permission. Today they are worth between ten and fifteen thousand euros each. 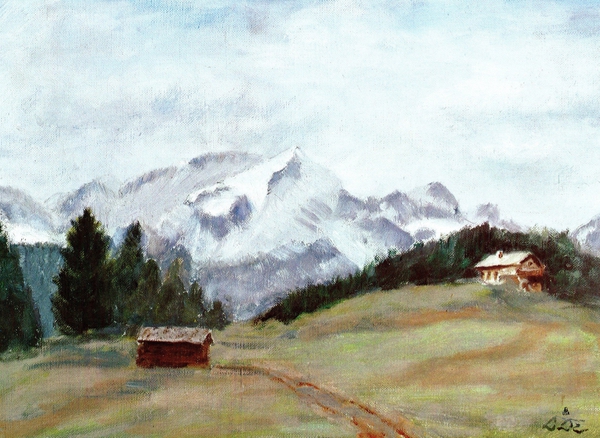 Dwight Eisenhower, House on the Hill.

And the third dissonant artist was Dwight Eisenhower, who did not begin to paint until after the Second World War, just before he became the President of the United States of America. He was 58 years old and decided to pick up the palette after being painted with his wife for a portrait, making his own version with the leftover oils. When he was President he reserved a room in the White house for his secret vice: he always copied from photographs and magazine cuttings: still life, bucolic landscapes, etc. He even used his own works for the official Presidential Christmas greeting cards.