In Combat for the Love of Art

On entering the exhibition Cinc anys a les trinxeres (Five years in the trenches) a kind of phylacterical mirror hanging on the wall, the work of Jesús Galdón, reflects the person who has just stepped into El Quadern Robat gallery.

Galdón is an artist fascinated by the messages written on ribbons on medieval paintings, normally of religious origin. But in this work, it is we the viewers alone who only activate it with our gaze, which is what art basically demands of us: simply that we look at it.

A gallery is an ideal space for the activation of art. This is something that Anna knows very well, having worked for a quarter of a century in the gallery world. Five years ago she decided to open a new gallery in Barcelona at a time when the art market was far from easy. Named after her personal blog, El quadern robat (the stolen notebook), the gallery occupies the first floor of a modernist building in Carrer Còrsega. The space, which is kind of cosy, has already seen 17 exhibitions and numerous other cultural events. 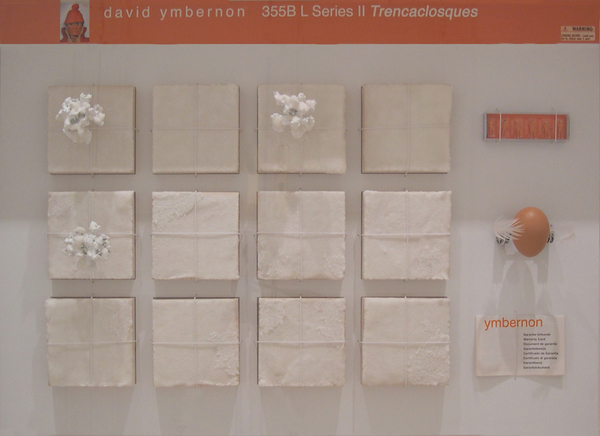 The current exhibition in El Quadern Robat aims precisely to celebrate these five years of the gallery’s “survival” in a clearly combative attitude of defending local art. The group exhibit presents one work by each of the twelve artists who have had a solo exhibition in the gallery over that period. There is no particular link either semantically or aesthetically between them, but the great thing is that all together this little exhibition is as coherent as the gallery programme itself: the show is a commentary on the discreet adventure of a Barcelona gallery which is reflected, like the work by Galdón at the entrance, in the small daily and personal stories of its artists. 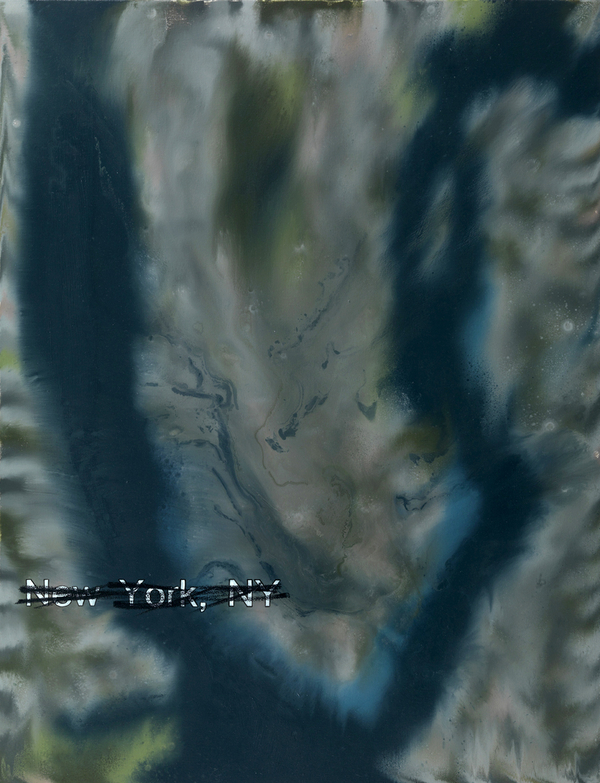 This can be seen, for example, in the work of photographer Martí Gasull Avellán in an image of his father contemplating the horizon in the style of Friedrich. The father – also a photographer – has made delicate photographs of rain streaming down the window of his house. Similarly, yet another photographer, Jordi Casañas, has captured an urban landscape reflected in a car window. In a touch of great exhibition design, the photograph is exhibited next to a window, creating a dialogue with the real landscape of the city.

A fairly heterodox exhibition, but full of details.

David Ymbernon has subverted the concept of a puzzle in an ironic assembly and the small installation of Jordi Lafon denounces too much noise in the world using walnuts painted gold. Elena Kervinen paints in broken pieces of marble to highlight absences and missing elements. There is also a material missing in the small piece on wood with boreholes by Joan Furriols. 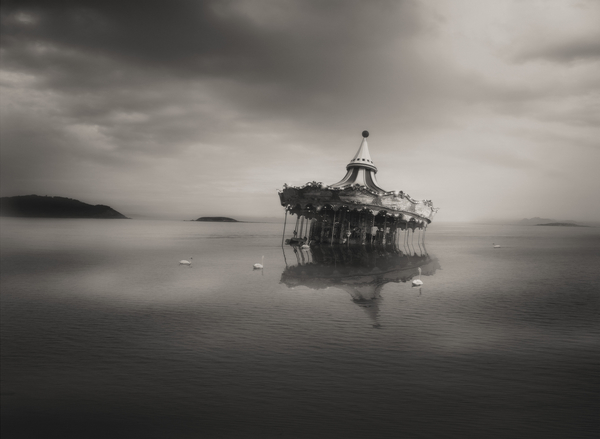 A blurred view of Manhattan Island represents the personal adventure of painter Jorge Pombo in New York, while another, much more abstract painter, Jordi Martoranno, captures the world with a white line floating on a green background. In a very recent photograph, Oriol Jolonch, shows an apocalyptic scene with a merry-go-round as the central feature, and just a few metres away a marble head, very similar to those by Brancusi, rests on its side with an inscription by Baudelaire, sculpted by Salvador Juanpere. It is a fairly heterodox exhibition but one which is full of details – arms for artistic combat.

The exhibition Cinc anys a les trinxeres can be seen at the El Quadern Robat gallery in Barcelona until 28 September.