Carles Soldevila, with his acute sensitivity as a cultural dilettante, something which would seem unrepeatable these days, included Damià Campeny (1771 – 1855) in his book Cataluña, sus hombres y sus obras of 1955. The early twentieth century Noucentistes, like him, knew how to appreciate those things.

I am not sure that anyone today producing a work of such great dissemination would include this sculptor, who is almost certainly only valued now by specialists. Mythification is probably not a good thing, but neither is keeping at arm’s length characters who have profoundly marked the culture of a country. 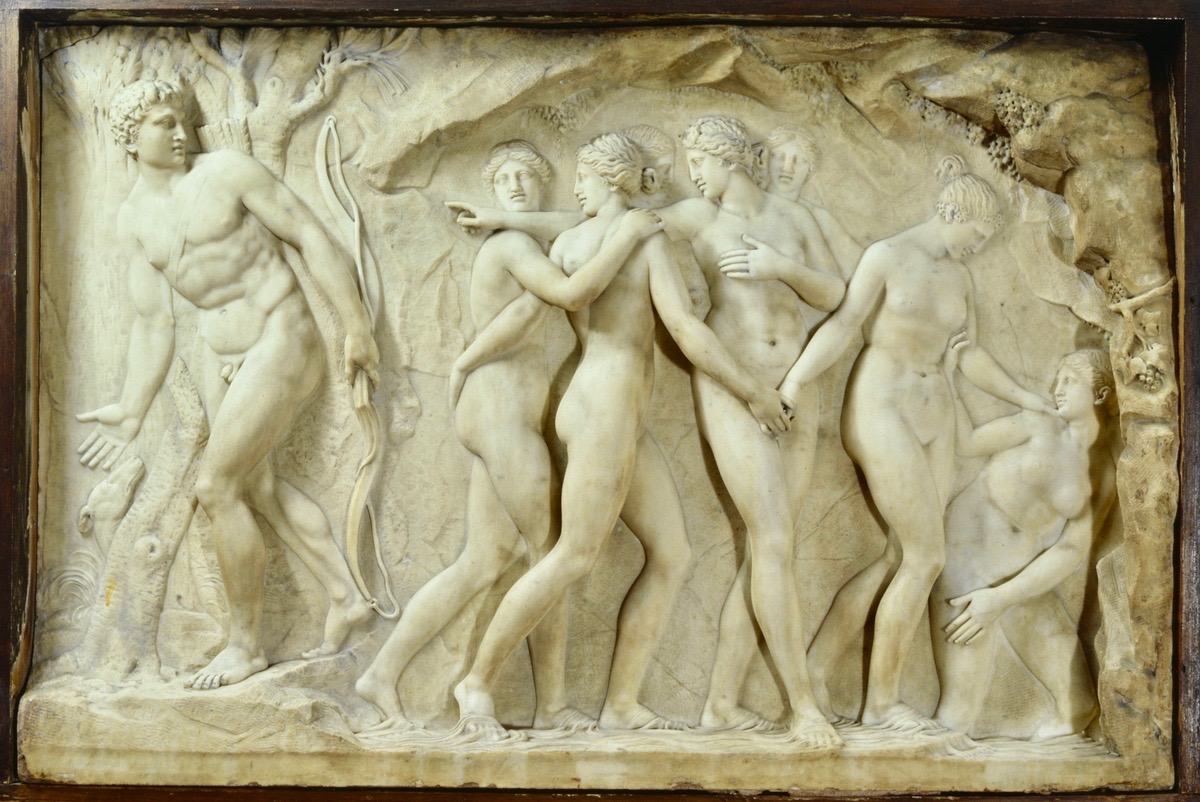 In 1972, the Council of Europe offered a major exhibition in London entitled The Age of Neo-Classicism, and asked the Barcelona Chamber of Commerce to loan them Dead Lucretia by Damià Campeny. It was a logical choice, given that this marble is one of the  most beautiful works in European Neoclassical sculpture. All the same the work did not go because somebody from here considered that it was too fragile to travel. Marbles like this one arrived for the exhibition in London from all over, and I cannot imagine the directors of the Thorwaldsen Museum in Copenhagen being so tight-fisted when asked for the great marble sculpture Mercury, which of course travelled to the exhibition. Here, we lost the opportunity to “present in society” worldwide at just the right moment a little-known masterpiece. Despite being asked for it expressly! In its place an oil portrait of Campeny by Vicent Rodes was sent, because they said that Lucretia appeared in it in the background. True, but probably very few of the visitors realised this, even though the portrait itself is excellent. 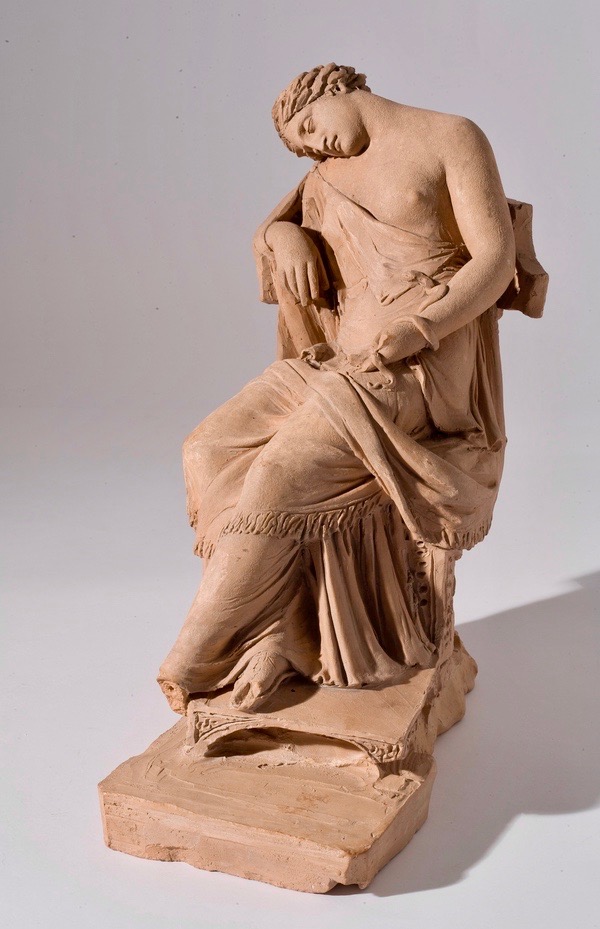 Today Mataró, Campeny’s native city, has put on an exhibition which will run until the end of October entitled Reflections. The Work of Damià Campeny. The exhibit will be shown at Ca l’Arenas, the art centre connected to the Museum of Mataró, run by the city council and with the support of the Diputació de Barcelona. It is a show that does not attempt an anthological role – moving large sculptures is more complicated and expensive than other kinds of work – but it emphasises the artist’s working method and his context through a series of definitive works, sketches for sculptures, drawing and other points of reference from daily life. Well-chosen pieces and other documents which are also exhibited come from Catalonia, Spain and Italy. From Catalonia there are pieces from the Maresme County Archive, the Museum-Archive of Santa Maria de Mataró, the Library of Catalonia, the Royal Catalan Academy of Fine Art Sant Jordi, the National Museum of Art of Catalonia (MNAC), the Frederic Marés Museum (Barcelona), the Basilica del Pi (Barcelona) and the Enrajolada in Martorell.  Works from outside Catalonia have arrived from the Ministry of Education, Culture and Sport of the Spanish Government, the National Historical Archive, the Academy of Fine Art San Fernando (Madrid) and the Bassano del Grappa Civic Museum. 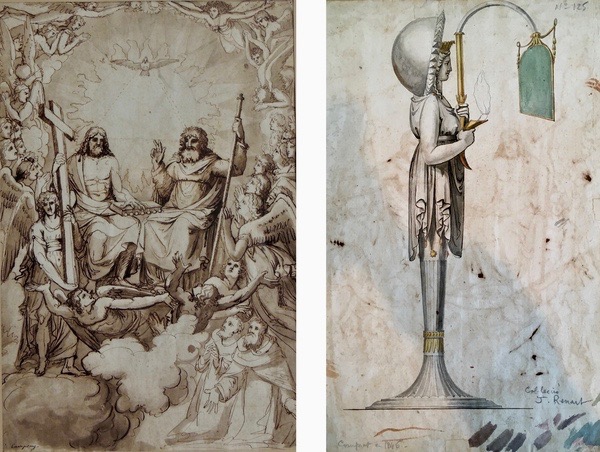 Everything that is exhibited, some thirty pieces, responds to a central conceptual theme designed by the exhibition curator Dr. Anna Riera Mora, the person who best knows the work of the artist and his Roman and Catalan context and who has worked on the complete monograph that Dr. Carlos Cid dedicated to Campeny over twenty years ago, and which continues to be the greatest reference on the work of the sculptor.

For eighteen years, between 1797 and 1815, Campeny lived in Rome, where he had been granted a scholarship by the Junta de Comerç, or Board of Commerce, for the purpose of broadening his studies, which he had begun at the Free School for Design run by the Board in Barcelona. This placed him in direct contact with the main nucleus of Neoclassical art in the world, and in Rome he was able to interact personally with the great sculptors of the time such as Antonio Canova and Bertel Thorwaldsen.

On returning home he came up against the cultural realty of his own country.

Those years gave Campeny as taste for the activities of artists in the cultural emporium of Rome, but on returning home he came up against the cultural realty of his own country: a provincial atmosphere where he fatally flew much lower than he had in Rome, which had become his second home. In Barcelona he was awarded the highest honours and was the most highly-respected official teacher of sculpture at the Llotja School, but here he had little opportunity to make works of the magnitude of which he had become accustomed to by sculptors like himself in Rome. 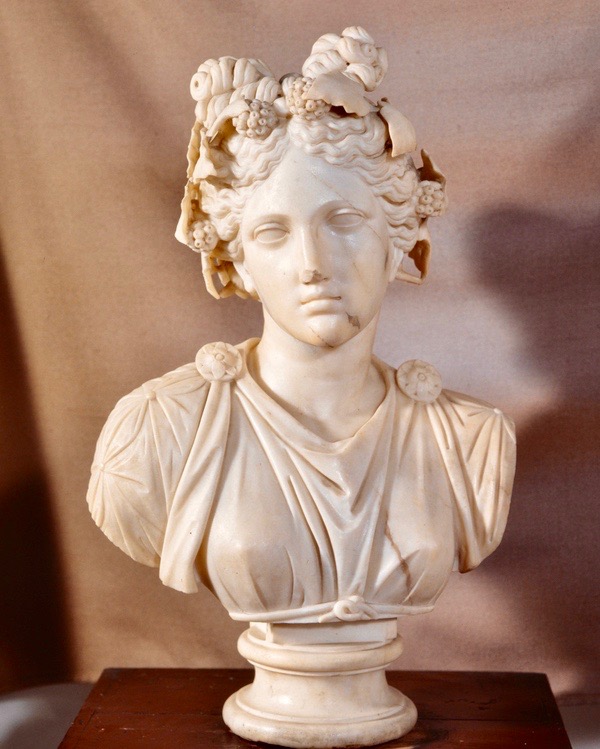 In the exhibition showing now in Mataró (the city which held the last anthology of Campeny fifty-five years ago) there are definitive works in marble such as the magnificent relief Diana, the nymphs and Actaeon (1798-99), copies made in Rome of the classic models of Thalia and Eros (1805-08), and the plaster relief of Macenci injured (1800). The curator has taken the good decision of placing alongside the originals photographs of other important works which could not be brought physically to the exhibition space. Especially outstanding are the different terracotta miniatures directly modelled by him for works which were later made on a large scale, such as Cleopatra from c. 1804. Although it may sound like a cliché, these models carry the heartbeat of the artist even more than the definitive works. Also, among other models is An Almogavar defeating a French Knight, where much later (1850), Campeny worked with a theme that was already romantic but instead of wearing medieval dress it was represented with classical costume.

In the series of drawings exhibited we can see a more lively Campeny. On the back of one, the property of the Museum of Mataró and part of the Joaquim Renart collection, which shows the Holy Trinity, the design of a lamp with a female form appears, proving that even the most classical and serious artists were capable of showing lighter-hearted objects.