DelicARTessen or the Diversity of Non-Institutional Art

For seventeen years now, the Barcelona art gallery Esther Monturiol has been offering DelicARTessen, a large group exhibition of art in small and medium formats.

And every year, around these dates when autumn becomes winter, I get the impression that DelicARTessen is a great occasion for those who want to see a significant part of current art being made mainly in Barcelona, but also in other cities.

This show connects directly with recent art, without the filters that the art market, institutional routines and aesthetic trends tend to impose upon it. This is due to the fact that the gallery owner’s criteria are open, free, anti-sectarian and pluralist while also being selective and demanding. The panorama offered in DelicARTessen in this, its seventeenth year, does not attempt to be exhaustive but it is broad and generous: 450 works by 90 international artists, many of them resident in Barcelona or Catalonia, are exhibiting and expanding like constellations of images in the two floors of the gallery. This initiative may appear modest, but at the same time it is also prodigious, especially in a city like Barcelona where collections of contemporary art do not abound.

The Three Sub-worlds of Art

The art world, or the contemporary art world is often spoken about in a general sense and I think this is the cause of some unfair misunderstandings. I believe that if we want to offer a fair and undistorted image of the art world, we need to recognise that within this world there are various sub-worlds. The first sub-world – I am afraid that right now it is the first – is represented by the big art market, high budget collectors, where the art does not matter in itself but mainly as an economic investment. In the first sub-world, anything that had been the expression of the spirit and personality of being human takes second place.

The art itself is displaced to a secondary and inferior position and its meaning is reduced. It becomes something like a stock market gamble or a lottery ticket.  So, Van Gogh’s starry night shoulders up against any bibelot premium (outrageously expensive) work by Jeff Koons. It doesn’t matter how much or little the contribution of the artist or the work to the history of culture, knowledge, imagination or even the wisdom. What is more important is the investment in heritage, satisfied greed and possible returns on the investment. In this sub-world we see the kind of idiot that Antonio Machado spoke of in his poetry: those who mistake price for value.

Now many of those incredibly expensive paintings are embarrassing

The second artistic sub-world is represented in the art centres and museums. The hierarchies that exist in them established their star directors and curators. Their projects may be good or not, but what is decisive in all of them is that their directors and curators act as aesthetic leaders who are far too often dogmatic, almost to the extent of being the Pope before the faithful. For some time thanks to Catherine David’s Documenta, many people seem to have placed themselves in the exclusive programme known as critical art where most visual arts are considered to be either taboo or ideologically or aesthetically sinful. 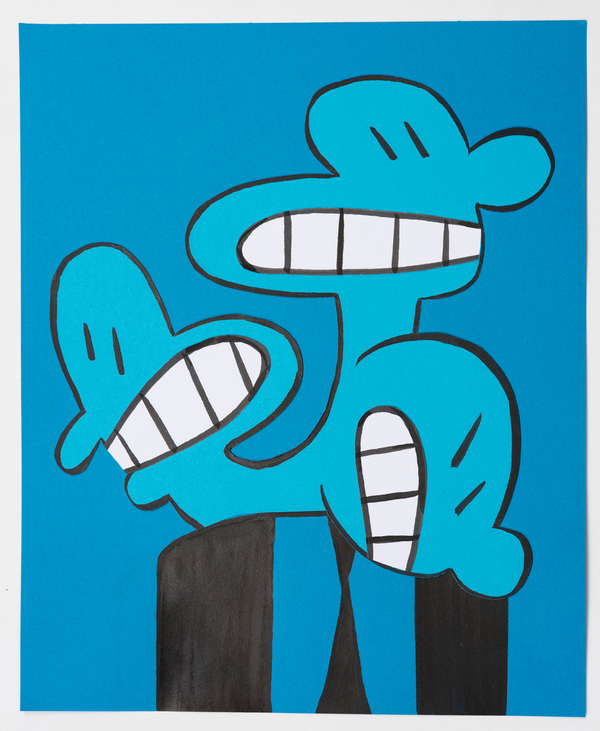 However, within this institutional and neoacademic sub-world there exists a fluctuation, a solemn vanity, and an ideological or aesthetic trend with a sell-by date. I remember in the 1980’s the artistically correct consisted in extolling neopainters in general (including those who were preferably forgettable), while some of the best experimental film makers were deemed to be nobodies and could not raise funds to make their projects. Some of them even committed suicide. Now many of those incredibly expensive paintings are embarrassing, while the visionary cinema of Paul Sharits and José Val del Omar is now in the best museums.

And finally, there is a third sub-world of art: made up of the artists, gallery owners and other genuine agents who are only exceptionally granted access to the privileges of the first and second sub-worlds. This is the area of the private galleries and also that which can be seen in this exhibition. There is a place for artists who survive precariously or well, or even with a degree of success, to those who have live in homeless misery in order to persist with their artistic vocation in times which are not good for lyricism nor for accessible and non-speculative collectionism. When the gallery critic is independent and non-sectarian, the art in this third sub-sector manifests itself in all its diversity. 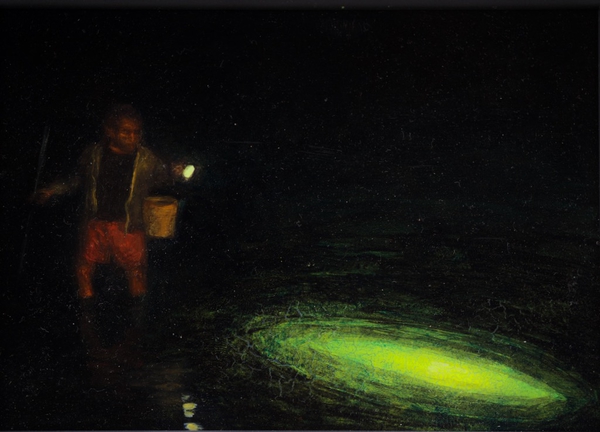 Marcos Palazzi, Where the Hell is San Paulino.

In this year’s DelicARTessen we can find almost all the modes, formats and styles offered by art today. Painting is the most-represented discipline, with an international selection which includes Japanese artist Mari Ito, different artists living in Barcelona such as Sabine Finkenauer, Nicole Gagnum and Silvia Hornig, and other European artists such as Thomas Edetun and Tamara Müller.

Marcos Palazzi’s painting are incredible: clothed characters placed in a night-time sea or a river, seeking something with the use of flashlights, or other characters surprised by their own phosphorescent, mobile hands. Other excellent metarealist painters are Xevi Solà and Jabi Machado. 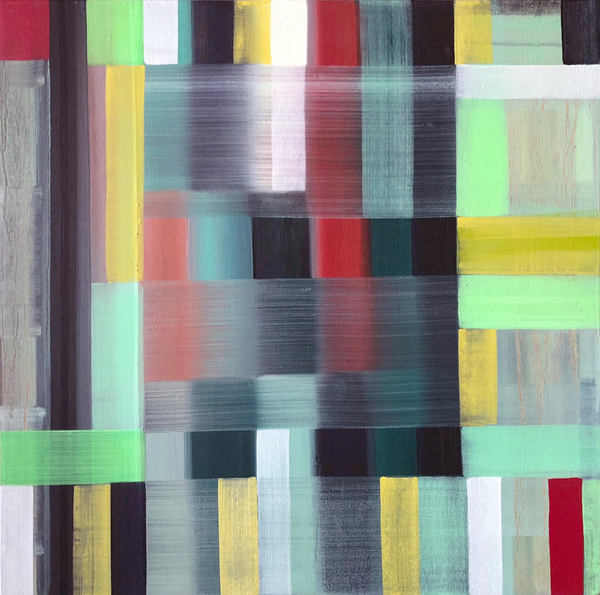 Abstract painting is represented in its most geometric from by Víctor Pérez-Porro and Sarah West and in a more organic register through the lines of Juan Escudero and the colours of Matías Krahn.

The sculptures by Cesc Riera are highly poetic with the use of infra-minimal and ultra-poor media. This is a poetry which is both pop and anti-solemn, tainted by a surrealist sense of humour. 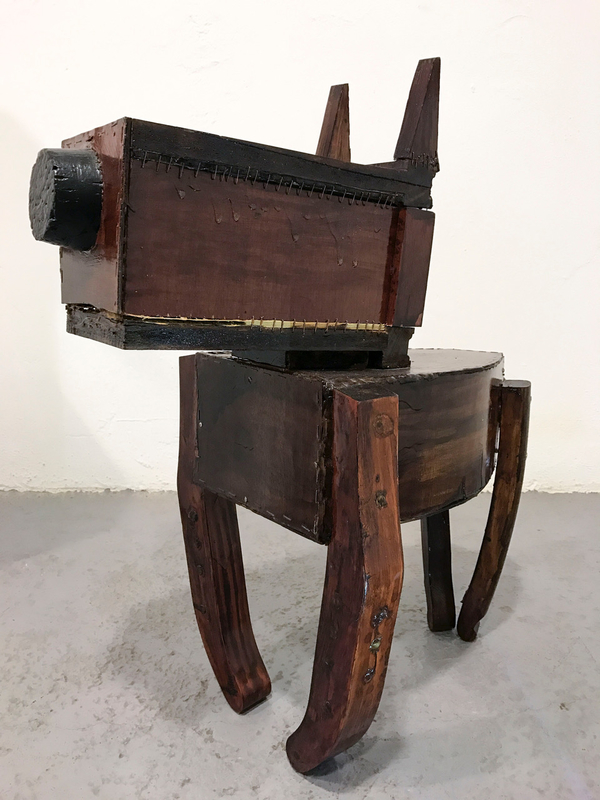 Jordi W. Saladrigas is showing poetic objects and scenarios among which are a series of nocturnal miniatures and a portrait in which Napoleon Bonaparte seems to be affected by a solitary disorder of the kind every aspiring emperor must suffer.

You can’t miss the sculpture by Manel Rubiales entitled Montoro, possibly a portrait of a Spanish former minister, in the form of a fighting dog with a strong sense of the ridiculous. The canine character has the same name as the Minister for Finance who invalidated his cultural colleague and aborted the project for the law on Patronage which was necessary then and continues to be now. 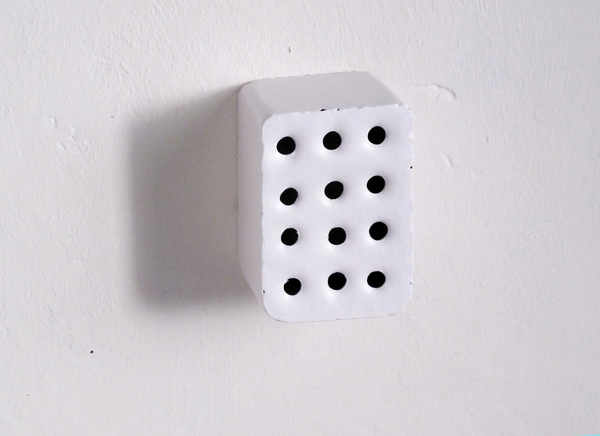 Other works which should also be highlighted are those by Teresa Gómez-Martorell, Matilde Grau and Rosó Cusó, as well as the different figurations of Plácido Romero, Dani Ensesa, Leonard Beard, Jaume Roure, Paula Leiva, Tomás Morell, Bartolomé Montes and Oriol Arisa, among others. This last artist includes reference to the black Spain of the twenty-first century, with the famous or infamous article 155 as the corrector of the democratic “putchist” consultations and “mistaken” Catalan voters.

Photography is represented by Aleydis Rispa, Espe Pons, Lluís Carbonell and others, and video in a piece by David Ymbernon. And there is a lot more. When you leave this exhibition, you cannot help asking yourself a few questions. For example, what would David Hockney have to say about those characters with illuminated hands or night lights by Marcos Palazzi? What would Goya think about Jabi Machado’s dark paintings of throats? Why aren’t some of the artists in DelicARTessen included in a collection like that of the MACBA, etc!

The exhibition DelicARTessen 17 can be seen in the Esther Monturiol Gallery in Barcelona until 12 January 2019.