From a Cigarette Lighter to a Portable Lamp: the Design Museum revitalises its collection

Inma Bermúdez (1977) is the only Spanish designer to work for IKEA, and she has designed products such as the Lilängen toilet, with massive sales for the Swedish giant.

But from her studio in Valencia this young designer has also created products for other companies such as the Catalan Marset Il·luminació lighting company with a portable and rechargeable USB table lamp called FollowMe – also a great commercial success. This ‘take-it-anywhere’ lamp is exhibited at the MOMA in New York and the Pompidou Centre in Paris. Now it is also being exhibited at the Barcelona Design Museum. “It’s not often that you have a product in the museums”, beams Bermúdez. 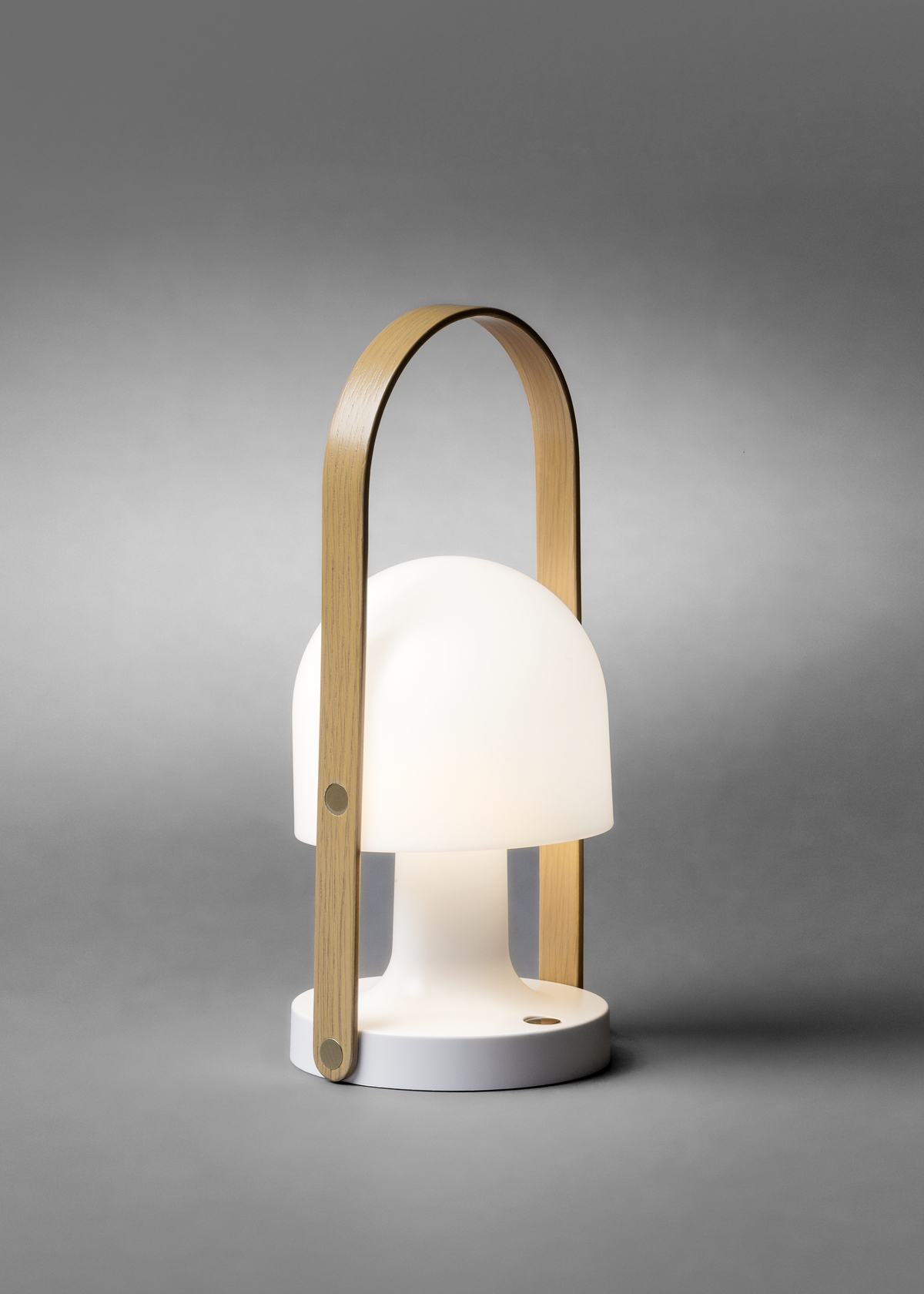 FollowMe is one of the 36 new pieces to appear in the permanent museum exhibition of product design – an exhibit which had not been updated since the opening of the museum in 2014. FollowMe is a relatively new object, also from 2014, but among the collection of new works which are on display now at the museum there are older pieces which have come to be household names. Did you know that the refillable plastic Clipper lighter, which is sold all over the world, was designed by Enric Sardà in the early 1970s? Or that the cuddly Tous teddy bear was created by Rosa Maria Oriol in 1985 with no intention of it becoming a jewellery icon? The teddy was in such great demand by young girls that it ended up becoming the brand image. These are popular designs which are now new pieces in the museum: one of the first models in the case of Clipper and the first bear pendant in the case of Tous, until now jealously guarded by Rosa Maria Oriol. 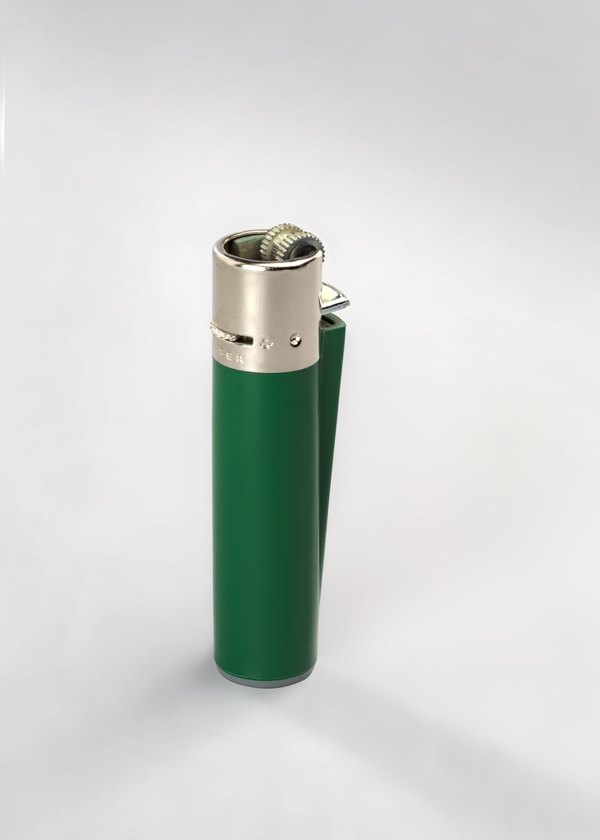 The museum’s product design collection is made up of 2,000 works and includes pieces from 1929 to the present day. It is the only public collection of industrial design in Spain, the museum director Pilar Vélez tells us. It is also a collection that is constantly expanding and is basically possible thanks to donations, but also some purchases, because the museum is painstakingly bringing together all the object that are representative of design today.  “We want to be a showcase for the design that happens here at home”, says Vélez. They also include, for example, the objects awarded with the Golden and Silver Delta prizes, in an agreement with the Fostering Arts and Design (FAD) organisation. Other pieces are also accepted because they have formed part of one of the museum’s temporary exhibitions in the past.

Currently there are 250 works exhibited, which has allowed the inclusion of works by young designers, classical artists with a more grounded reputation as prototypes, one-offs, and an oil and vinegar stand designed by  Rafael Marquina  in 1961 for his famous anti-drip cruets – a piece that was never produced. 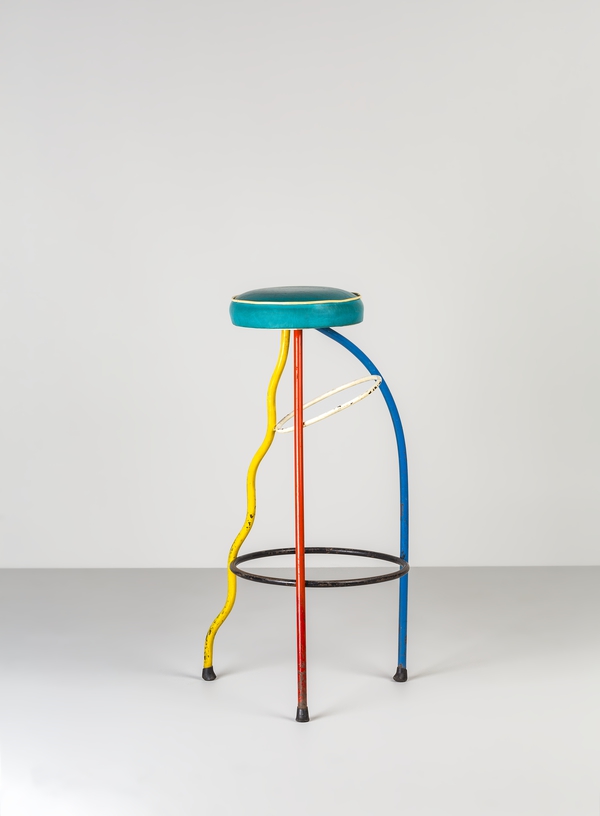 Other classics which have been included in the renewed presentation are the Llatina teapot, also from 1961, by Rogeli Raich, and the colourful Dúplex stool, by Javier Mariscal, exhibited in the “Do you Work or Design?” show at the museum.  In this last case the piece belongs to the first production, substituting the former, newer piece which has been moved to the  warehouse. “We always try to exhibit the original work or the first off the production line”, says Rossend Casanova, the curator of the collection. Another historic piece which has just been included in the exhibition is an original and futuristic spherical table light from 1971 by  Josep Maria Magem, who is showing in the museum for the first time. 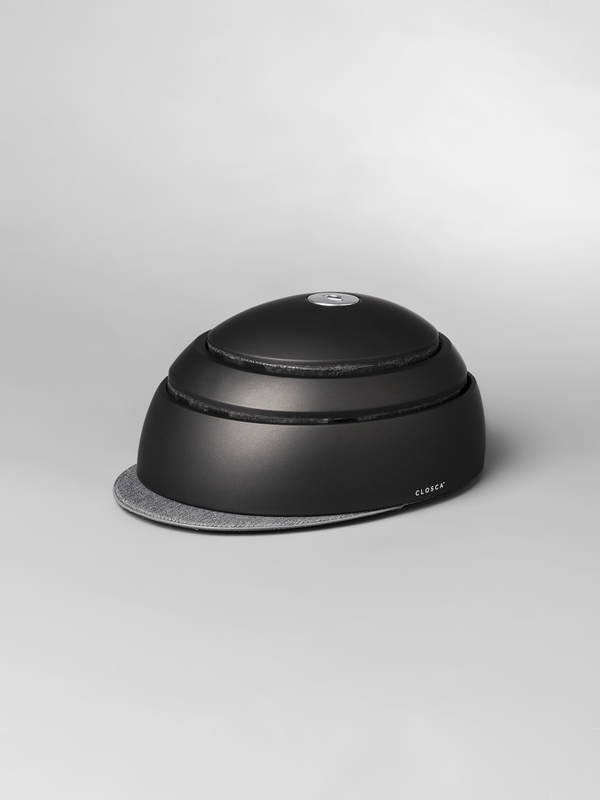 And since design is synonymous with the solving of daily problems, how should we resolve the dilemma of where to place a motorbike or cycle helmet? Among the group of new incorporations there are two objects that offer different solutions. One is the first wall hook for helmets designed by Pep Llauraó in 1996. The other is the first foldable bicycle helmet from 2016, by Closca Design, which was awarded several prizes – among them the Gold Delta Award.  Then there is the Miele fridge which allows you to write your shopping or “to-do” lists on its blackboard door. Using craft methods there is also the reversible coffee glass by Ana Hernando which was exhibited in the Tapas exhibition at the museum. Turn it up one way or the other for either latte or espresso. 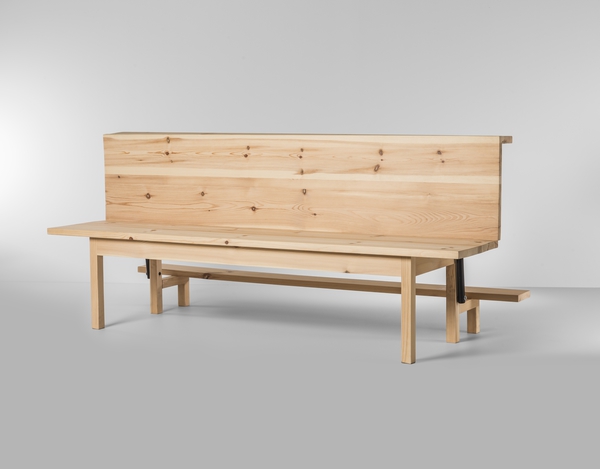 Another object which has already been seen in the museum in the Design for Life exhibition is the church pew For the Love of God! designed by Curro Claret, which can be turned into a bed for refugees or other people in need. The idea of this piece by Claret was in principle one of reflection and only for exhibition, but it has found a functional purpose in the Church of Santa Anna in Barcelona, which commissioned a dozen for use by the homeless.

From the World to the Museum. Product Design, Cultural Heritage,. Barcelona Design Museum.