The dregs of Modernisme

Six years after it first opened its doors, the Design Museum of Barcelona has incorporated Modernisme in it journey of exhibitions. But how do you approach one of the biggest movements in Catalan art from the viewpoint of design, mark a distance with previous readings and compete with other permanent exhibitions about Modernisme such as those at the National Art Museum of Catalonia, the MNAC?

Pilar Vélez, the museum’s director, and Mireia Freixa are the curators of an exhibition on the thesis of “provocative will”, which sketches the borders between Modernisme and its early twentieth century successor Noucentisme and links with the Avant Garde. The focus is on the notion of design which began to appear at the end of the nineteenth century and the role that the artistic industries played in it. 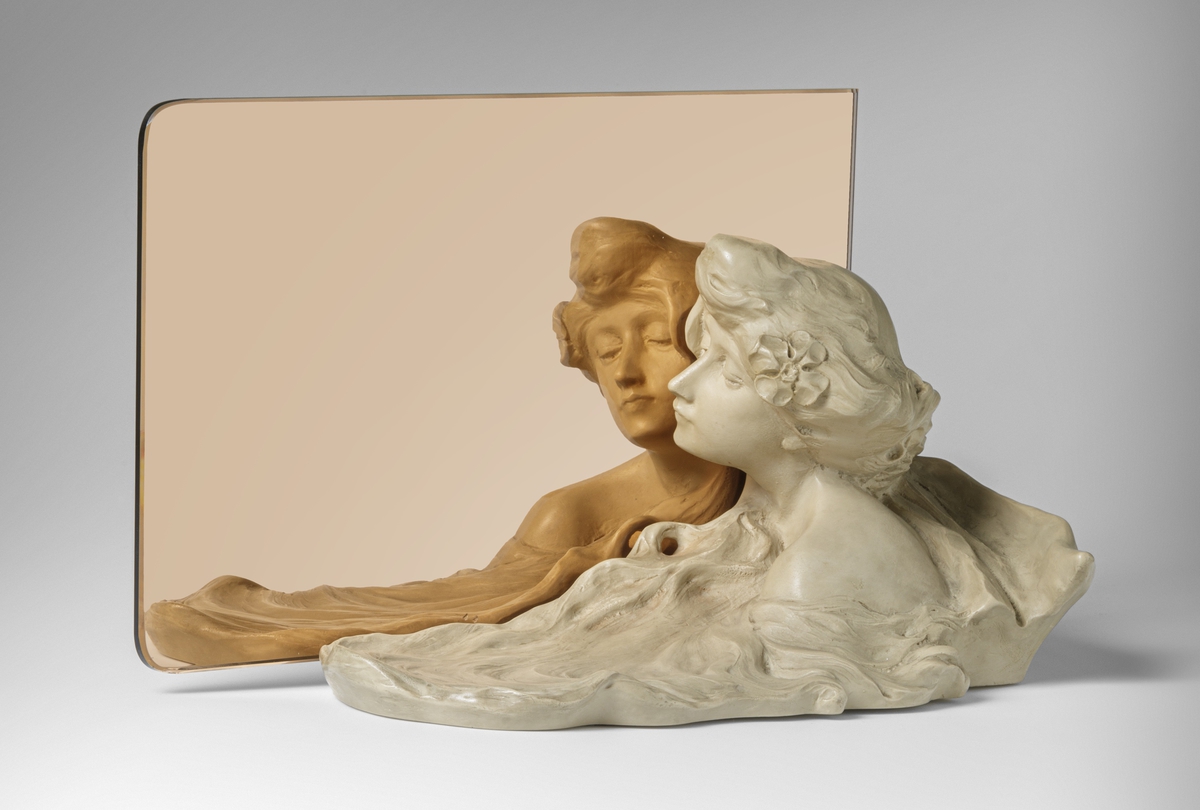 Modernisme: towards the design culture kicks off with an initial chronological section on the three periods of Modernisme and their regenerationist intention: historicist-style Modernisme which arrived in Barcelona with the Universal Exhibition of 1888; a second type of Modernisme marked by the evocation of nature in the Art Nouveau movement; and a third period of reconnection with popular art and the interest in artistic trades.

The opening piece in the show is the entrance hall bench from the workshop of José Ribas & Sons, a “talking” piece of furniture on which we can read the motto “Art and industry were the Essence and the north of the sons of our Earth”. Close by is the original cloak stand of the Gaudí’s Casa Calvet, which we will find further on in a contemporary re-creation.

The second area gives protagonism to industries and workshops, production processes and the materials used in the decorative and applied arts. The section allows the museum to show works from its own collection (90% of the works). There are pieces of furniture, ceramics, glass, ironwork, utilitarian objects, publications and posters, prints and textiles – unfortunately the presentation does not allow all the pieces to shine and some are unnoticeable in drawers. 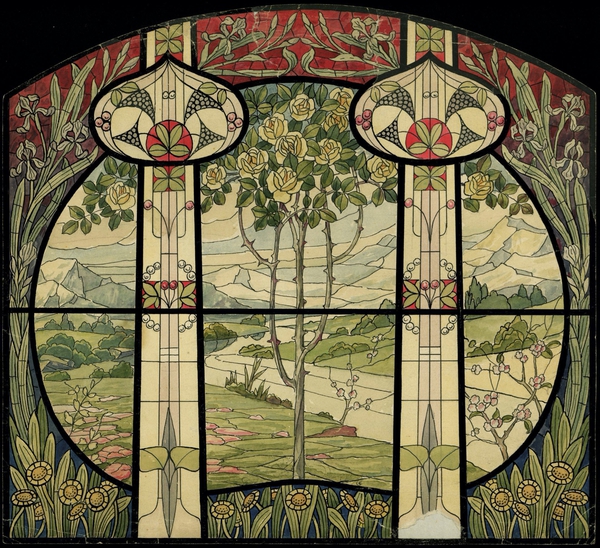 All the popular and most usual names are present: Gaspar Homar, Puig i Cadafalch, Antoni Rigalt, Alexandre de Riquer, Josep Llimona, as well as other less known ones: Joan Busquets, Mateu Cullell, Ramon Sunyer, Cristina Ribera. Some of the recent donations particularly stand out, such as the collection of the Escofet and Company hydraulic mosaic tiles (the commercial catalogue is exhibited), the preparatory sketches for the marquetry work for the furniture of the  Casa Lleó Morera, by the draughtsman Josep Pey, whose collection has also been deposited in the museum, pieces on loan from the Gaudi Chair, and the splendid dining room of the master of works  Jeroni Granell.

Although in the histography there is a break between Modernisme and Noucentisme, there are indications of continuity.

Modernisme becomes consolidated as a style to the point where is turns into a trend that is also taken on by anonymous workshops. And the movement, although short-lived, gradually becomes watered down. The curators insist that although in the histography there is a break between Modernisme and Noucentisme, there are indications of continuity such as the value place on the craft workers and the search for a popular art which will end up becoming consolidated institutionally.  Artistically, the Higher School for Fine Trades created in 1914 in Barcelona would play a fundamental role. 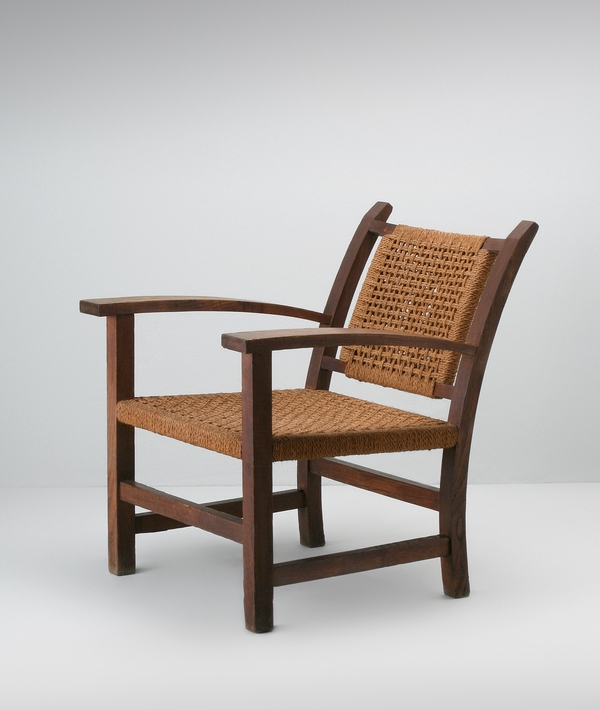 We move on among Noucentist pieces )the enamelled glasses by Xavier Nogués and Ricard Crespo) and more Deco-styles (Francesc Galí’s screen) and particularly striking is the drawing by Antoni Badrinas for the “Competition for the beauty of the humble home”, until we reach the GATCPAC chair which combines tradition, avant-garde and object, and which the curators consider to be the front piece of the permanent exhibition From the World to the Museum. 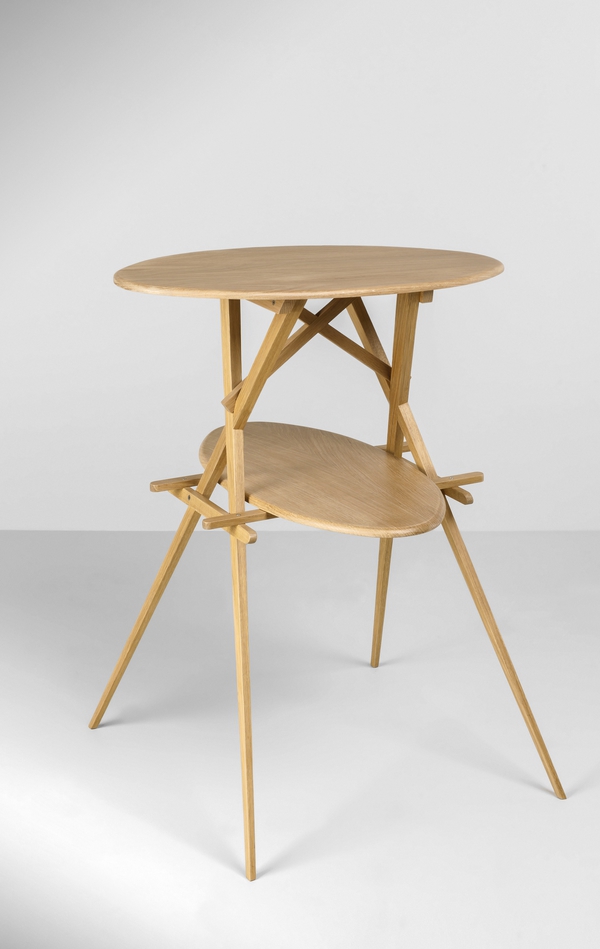 The exhibitions curated by Joan Ainaud de Lasarte in 1964 and 1969 were decisive in the formation of the fist municipal collections of Modernista works. Another milestone was the show dedicated to Gaudí at the MOMA in 1957. It would not take long for the new taste for Modernisme to translate into re-editions such as those we see at the end of this exhibition: the first by BD designs in the 1970s reintroducing the Woman’s Head and Mirror by Lambert Escaler and Gaudí’s chair for the Casa Batlló. Mobles114 re-created the Jujol 1920 table. On the other hand, Masriera has never stopped producing jewellery.

The exhibition Modernisme, towards the design culture can be visited at the Design Museum of Barcelona from 12 November and is semi-permanent.