The Prado in Vilanova i la Geltrú

If you wanted to set “The Da Vinci Code” in Catalonia, the main scenario would have to be the Víctor Balaguer Library and Museum in Vilanova i la Geltrú.

Imagine Vilanova in 1884. The railway line from Barcelona arrived just three years ago. The “Indianos” have returned with their considerable fortunes and invested in a lands known as “Little Habana”. 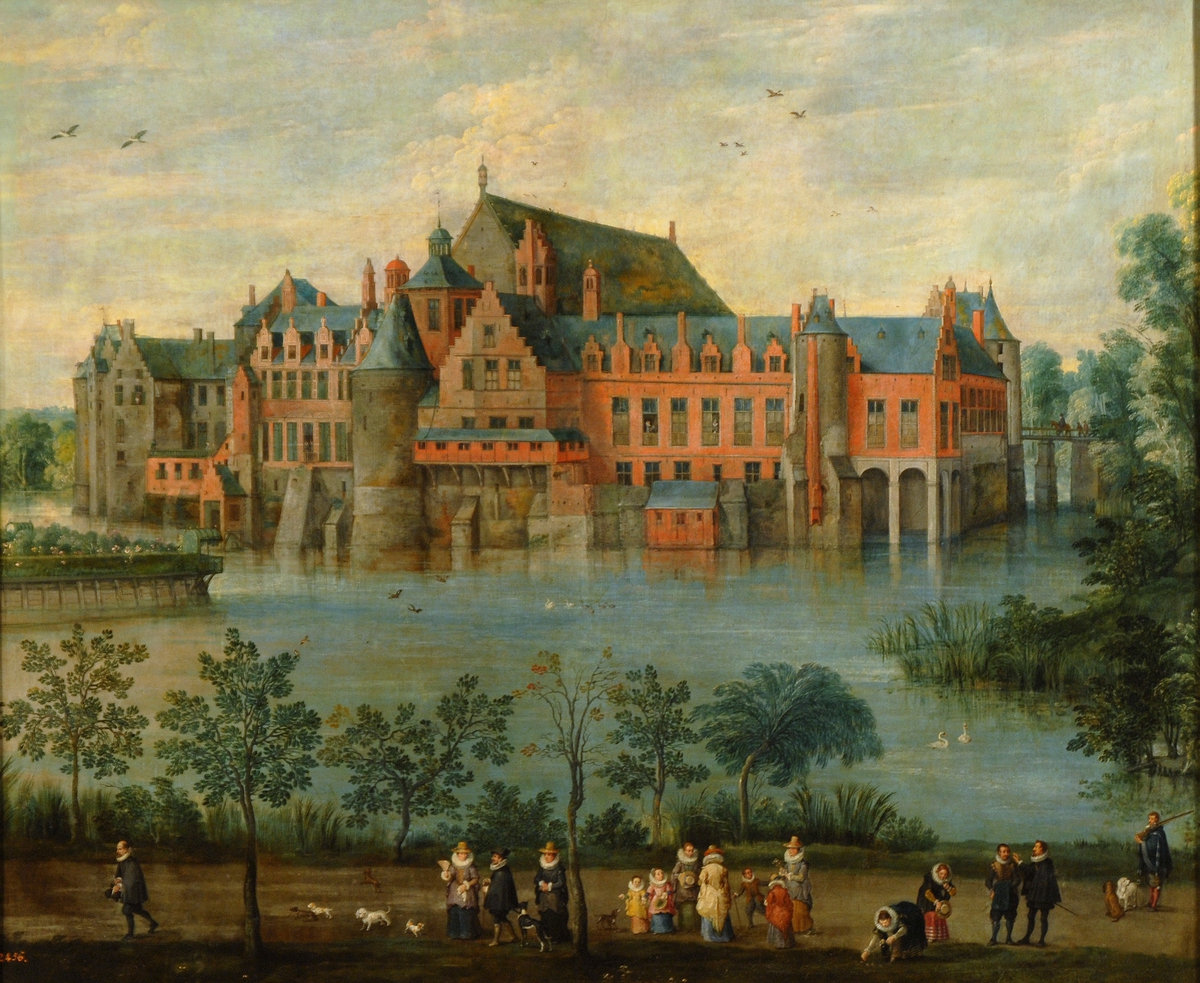 Jan Brueghel de Velours, The archdukes Isabel Clara Eugenia and Albert in the palace of Tervuren in Brussels, c. 1621. Deposit of the National Museum of El Prado.

One particularly special character was the politician, historian and Barcelona chronicler, romantic writer and notable freemason and member of the Spanish parliament for the constituency of Vilanova i la Geltrú. His name was Víctor Balaguer.

In gratitude for being able to represent the town over the years, beside the railway station he erected a true temple to knowledge. The Víctor Balaguer Library and Museum was constructed under master builder Jeroni Granell in the form of a neo-Greek and neo-Egyptian temple, full of details in the masonry. Balaguer donated 25,000 volumes from his personal library and around 400 works of art. To this modest collection he managed to achieve donations from his contacts, and having been a minister twice these included illustrious personalities such as Eduard Toda – the Catalan Indiana Jones. He also obtained a major collection from the Prado Museum. 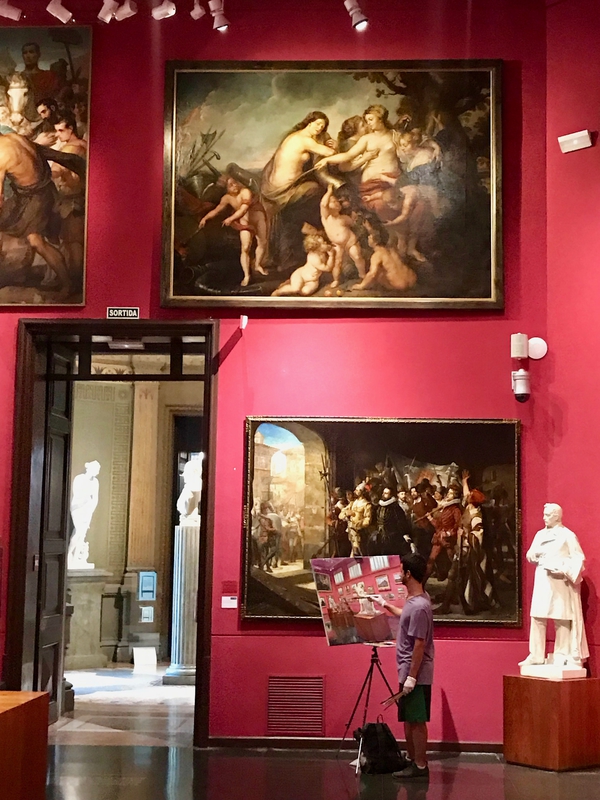 A copyist in front of works from El Prado Museum.

Imagine, then, an imposing museum in Vilanova,  years before Barcelona was occupying the empty palaces of the 1888 Exhibition, with the first collections to be housed in a building worthy of that name.

Today, at the Víctor Balaguer Library and Museum there is a magnificent collection of nineteenth-century Catalan art, paintings by great local artists such as Joaquim Mir and Enric Cristòfol Ricart, the great and the good of Catalan art from the first thirty years of the twentieth century in small format works (the “legacy of 56 which” is in itself worthy of a novel) and the remains of a contemporary cultural shipwreck: the collection of the Contemporary Art Museum founded as a public initiative in the Dome of the Coliseum Theatre in Barcelona.

El Greco was an artistic abomination around the year 1880.

There is also pre-Columbian, Filipino, Chines and Egyptian art (the small Nesi mummy stands out in particular) but the Prado deposit, which has been there for 135 years in this the bicentenary of the Prado Museum, is unrivalled. There are works by Domínikos Theotokópoulos “El Greco”, Bartolomé Esteban Murillo, José de Rivera, Jan Brueghel de Velours, Juan Andrés Ricci, and others… 38 of which are currently being exhibited in the commemorative exhibition The Presence of the Prado. Chapters in a Story.

From 1986, the current deposit of the Prado is relatively recent. In the original deposit there was an exotic treat: The Annunciation (1597-1600) by El Greco. 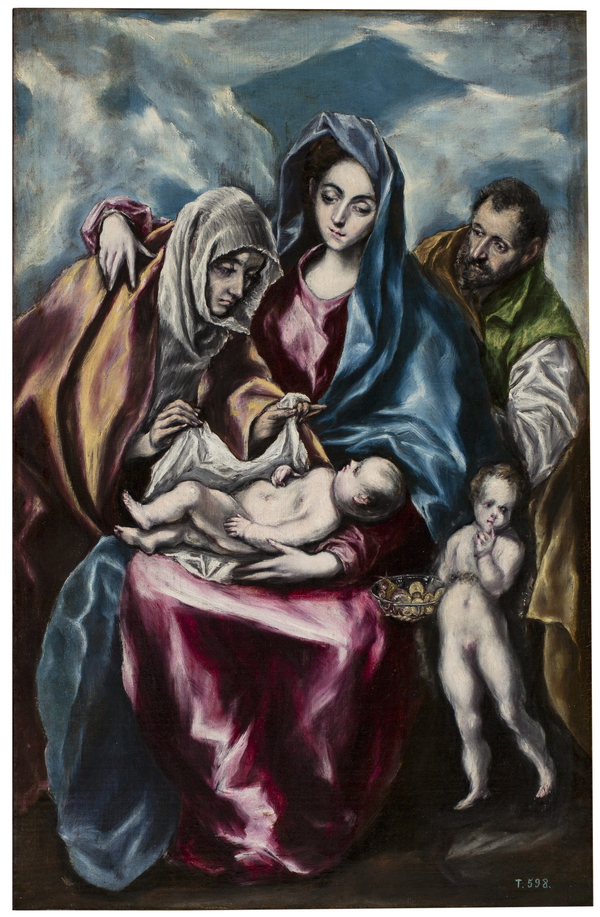 In around 1800 El Greco was considered an artistic abomination; a strange artist who painted figures that were unnecessarily elongated with inappropriate colours. But some of the modernist artists rediscovered him and did all they could to get him better known. For example, Santiago Rusiñol, travelled to Vilanova to admire The Annunciation. From the train he discovered Sitges and decided to stay there. His enthusiasm for the painter was not quelled until he had obtained his own Greco.

On the night of 30/31 August 1981 the criminal band of René Alphonse van den Berghe, known as Erik the Belgian, broke into the museum and stole a number of works, especially from the Prado deposit. As a demonstration of their good taste, they blocked the door with one of the eight volumes of the spectacular Le Antichità di Ercolano Esposte (1757-1792). And they did not steal the Greco because they confused a thermo-hygrograph on the side, with an alarm. 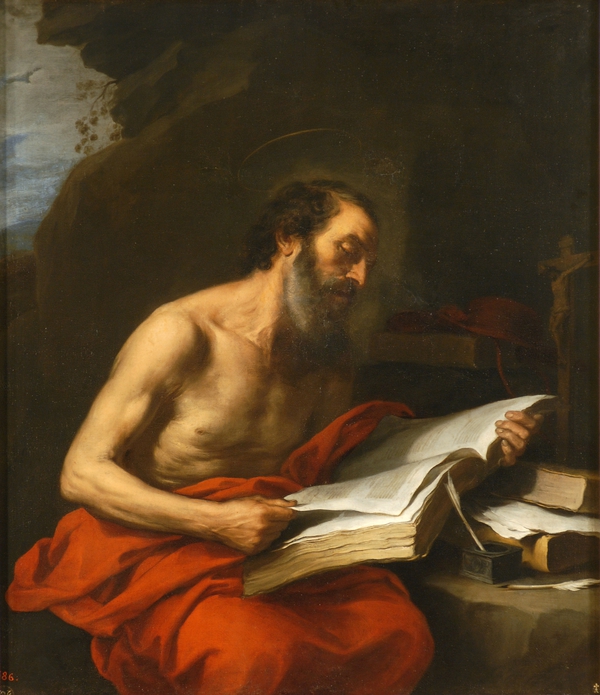 The painting were recovered by the police but they were not returned to Vilanova. They remained in Madrid and in 1986, once a series of measures to increase security and the conditions for the conservation of the works had been carried out, the new deposit that is in the museum today was agreed on.

Normally there is a room showing a selection of the Prado deposit, but on the occasion of the bicentenary two rooms have been made available to be able to show the whole collection, with descriptions of the circumstances and content of each of the works. These studies will soon be available in a special catalogue. 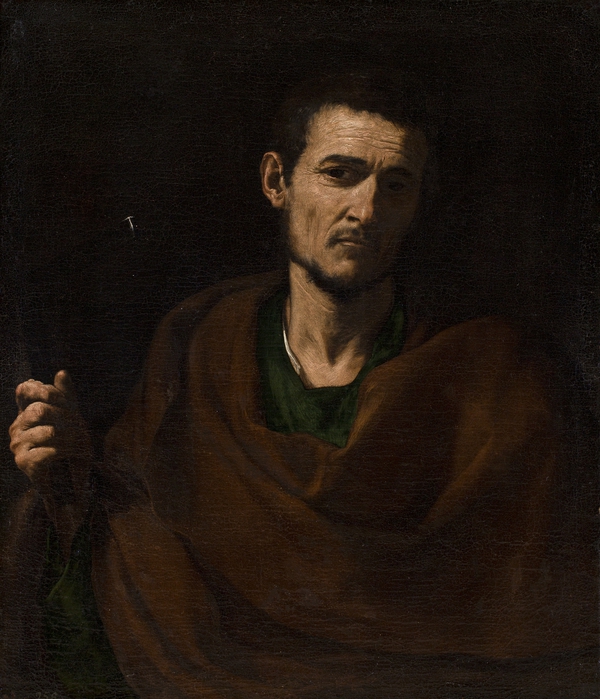 Most of the works in the deposit are by Spanish and Flemish artists of the twelfth century. Religions themes are dominant but there are also landscapes and portraits. There is the outstanding Saint Jerome reading (1650-1652), by Bartolomé Esteban Murillo, and a sinister portrait of the apostle Saint Philip (1630-1635) by José de Ribera. The difference between the Mannerism of El Greco – seen her with the Holy Family with Saint Anne and John the Baptist (c. 1600) and Saint Francis and Brother Leo Meditating on Death (1600-1614) – and the backlighting revolution of Murillo and Ribera is clear. 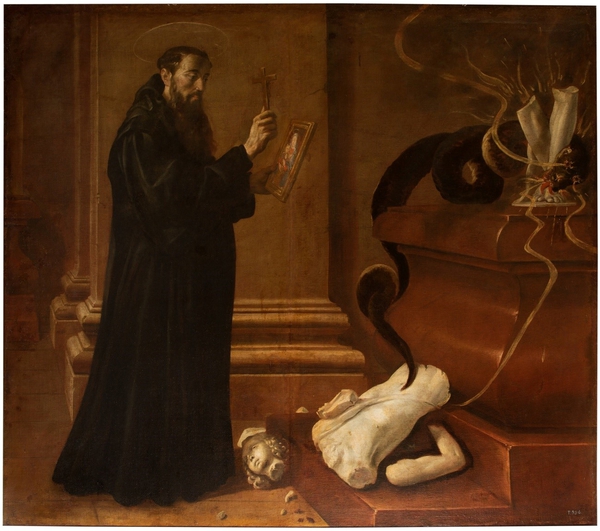 Another incredible piece on a religious theme is Saint Benedict Destroying Idols (before 1662) by Juan Andrés Ricci. Recently, this piece formed part of the exhibition on Velázquez at the CaixaForum Barcelona.

One landscape painting with architecture, by Jan Brueghel de Velours, The Archdukes Isabella Clara Eugenia and Albert at the Tervuren Palace in Brussels (c. 1621) explains very well how this daughter of Philip II of Spain came to govern the Netherlands. Also from the Netherlands is the Landscape with Sheep Shearers (1613-1616) by Jan Wildens, and the Fable of the hare and the Tortoise by Franz Snyders. 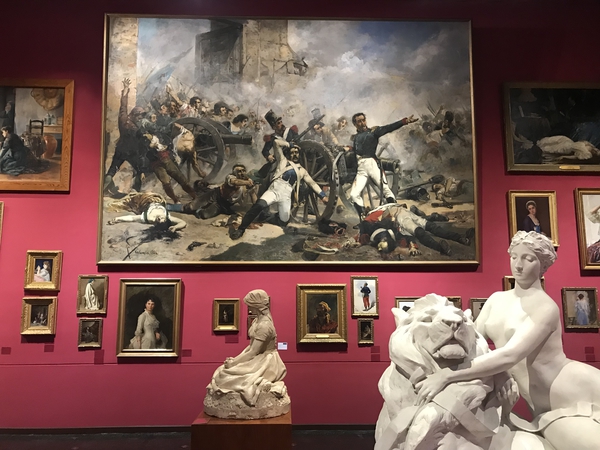 Incidentally, the only work from the first deposit that was not returned to the Prado is the staggering Defence of Monteleon Artillery Park (1884), by Sorolla, popularly known as the Second of May. Given that it measures 400 x 580cm it is obviously difficult to transport.

The exhibition The Presence of the Prado. Chapters in Story can be seen at the Víctor Balaguer Library and Museum in Vilanova i la Geltrú, until 13 October.