If you can say anything about the show Vampires. The evolving myth (CaixaForum Barcelona), it is that it pays homage to the nineteenth century version of the myth to seduce you, make your blood boil and leave you with a crick in your neck.

If the “bloodsucker” – as it was called by Scottish anthropologist in The Golden Bough (1890), or by Joseph Campbell in his studies on religion, magic and myths – is a cultural constant, or as Jung put it, an archetype present in the collective imaginary, then the truth is that every sensitive visitor should leave here asking themselves about the victim, the dominator or both. 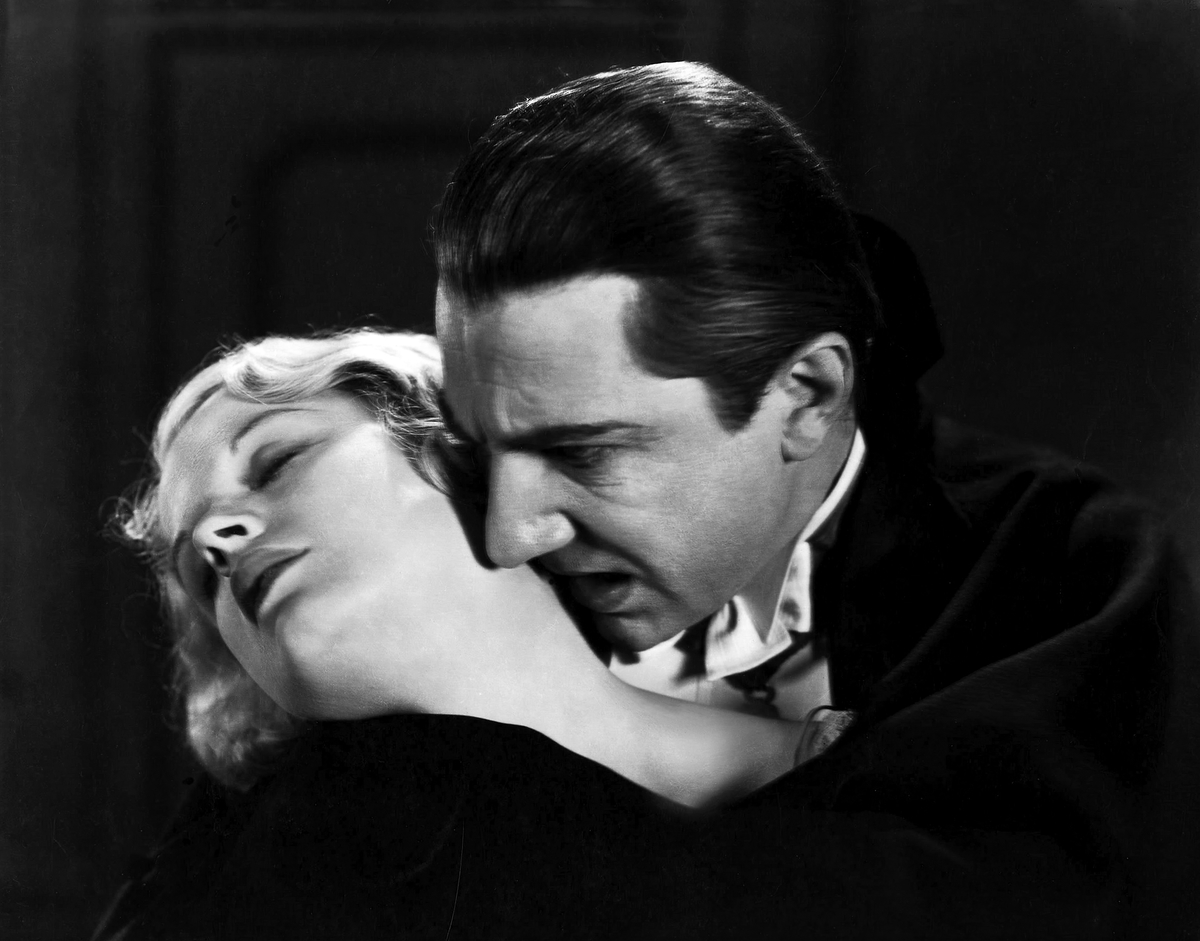 But this is much more than a collection of seducers of bare necks, with a Gothic air, eternally and vainly youthful, mirror-haters, and anarchists of questionable morals with Nietzschean synergies. The exhibition offers a panelled, intuitive and snaking path, in the inevitable IKEA style, through the different documents produced for cinema from its origins to the present day: Murnau, Dreyer, Browning, Tourneur, Polanski, Herzog , Coppola, Burton, Bigelow, Weerasethakul, and so on, because for the cinema too the vampire myth has been a constant from the start. But not only cinema. As well as a large number of documents relating to films (up to 362) from costume design, sets and production, such as those by Albin Grau for Nosferatu, typewritten scripts and works that have inspired other artists that are going to be the envy of any mythomaniac of this specialism, the show does not overlook the romantic literary base present in Poe, Stoker’s sexualisation of the myth, its use as political criticism in caricatures, its incursion into pop culture as a manga character or in video games, and the origin of the myth itself in an archaic mass culture. 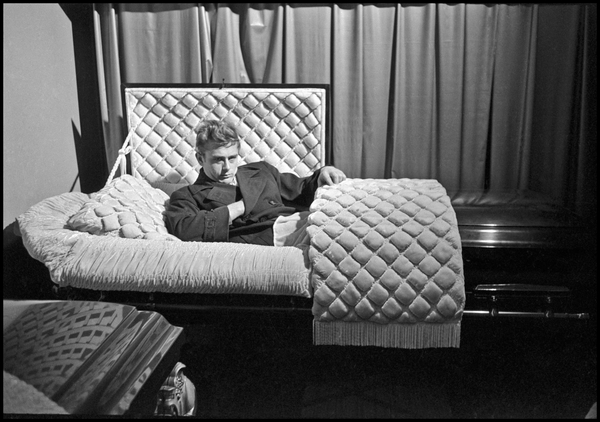 There was a time, around the eighteenth century, when vampire fever became known as a phenomenon of collective hysteria. Clearly these were not yet laconic dandies but were rather lacking in personal hygiene and were somewhat fusty, but on the other hand neither were they prone to taking advantage of innocent young girls. Very few characters or events in history, whether real or fictitious, have enjoyed such social attention and have given rise to not an insignificant number of crazy flashmobs, like hordes of alienated peasants caught up in a communal obsession, bent on placing garlic everywhere, burying scythes, welding crosses, driving stakes into buried bodies and tearing the hearts out of suspicious corpses. Medieval tarantism, the Salem witch trials, Lisztmania, the Wall Street crash or Beatlemania share the same symptoms of collective madness with the Balkanic vampires. And, to be honest to the blood relatives of Count Dracula, we might say that our own living death has awakened in mortals the most contradictory feelings, whether it be hatred, outbursts of love, panic and veneration, depending on the moment. 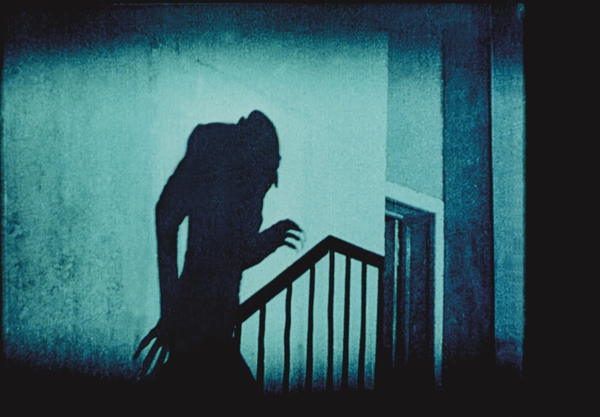 Nosferatu, from the Greek ‘disease-bearing’, the eastern Jiang shi, the Romanian Strigoi, the Slavic, the western vampyrus. The multiple names are an indication of the polyhydric nature of the figure and its personality, which embody the most brutal repressed instincts of atavistic bestiality and primitive superstitions relating to the soteriological and life powers of blood which would also be assumed by Christianity; the myth of predation, the trauma of the disintegration of the corpse, the possibility of communicating with the dead, and the fascination for immortality shared in other myths such as Don Juan and Faust. But, unlike these, with no morality. Premature burials were also able to feed the belief in vampires when there were reports of sounds coming from the coffin and, in time, the discovery of scratch marks on the inside of the lid. 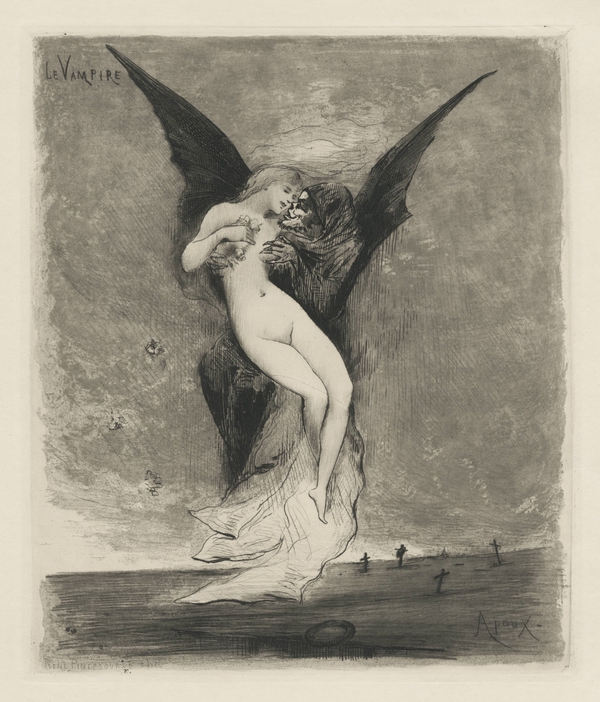 During the Middle Ages the myth clung to pagan forms that had been conserved as marginal and outlawed, outside the official religion in which medieval scholasticism, belligerent to Catharism and the different Gnostic and Manichaean heresies, rejected the idea of evil as a substantial entity opposing good, assuring that it was simply the absence of good. It therefore also rejected the power of action and the mere entitative existence of the supposed forces of evil. It was from the sixteenth century that the vampire began to be an object of study by erudite and polymath Renaissance scholars such as the Slovenian Janez Vajkard Valvasor, author of the first treatise and followed by many more. Alchemy, Kabbalistic tradition, superstition and the possibility of magic were supported with great enthusiasm and, as Silvia Federichi explains, it was then and not before that most of the witch burning and vampire hunting occurred. 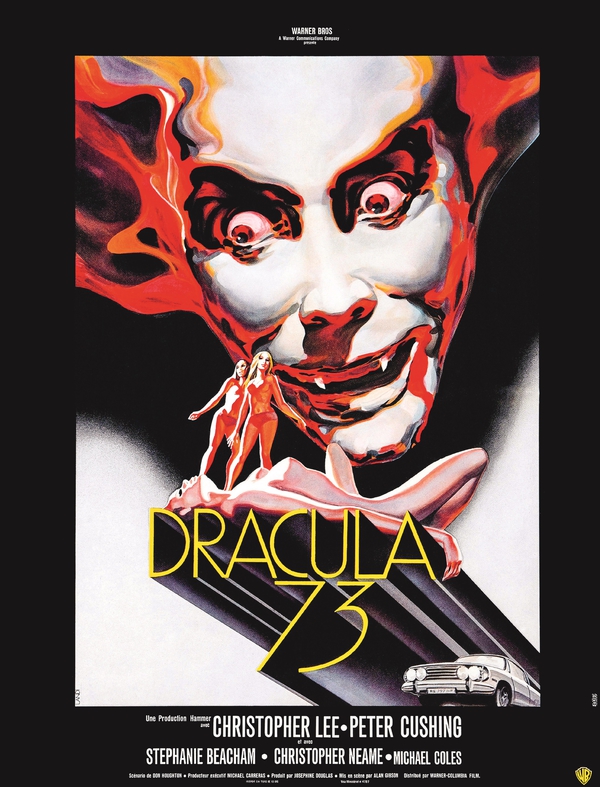 Another thing that we cannot ignore is that from the beginning of the modern vampire, neck-biting was not just something done by brutalising and controlling men, although the same cannot be said for the typology of the victim which was, as a rule, an innocent pubescent girl, always passive and treated as a hunting trophy. It is said that in the sixteenth century the Hungarian Elizabeth Báthory, also known as the “Blood Countess”, had the unpleasant habit of kidnapping young girls to drink their fluids in order to remain eternally beautiful. This story inspired the work of Sheridan Le Fanu, under the title Camille, which years later would form the basis for films such as Vampyr by Carl Theodor Dreyer and La novia ensangrentada by Vicente Aranda, and was the seed for an entire lesbian-vampire genre.

The vampire as the representation of the oppressor who takes advantage of its victims, taking over their life work and their goods for its own enrichment.

Many of the vampire epidemics that devastated central Europe were put to an end via the executive route when the Empress Maria Theresa of Austria strictly prohibited the sacking of graves and stealing of corpses. This was extended to other places following a report by her personal physician, Gerard van Swieten, who rejected the possibility that vampires existed. Not even the scholars of the Enlightenment had been able to overshadow the most outlandish beliefs despite the obstinate assurances of Voltaire, no less, in his Philosophical Dictionary that the biggest bloodsuckers in recent years, rather than the vampires, were the clergy and the bureaucrats living in their palaces and not in the cemeteries. The dictionary entry, which held nothing back and even took aim at the Jesuits, is the starting point for the use of the  figure of the vampire as the representation of the oppressor who takes advantage of its victims, taking over their life work and their goods for its own enrichment. 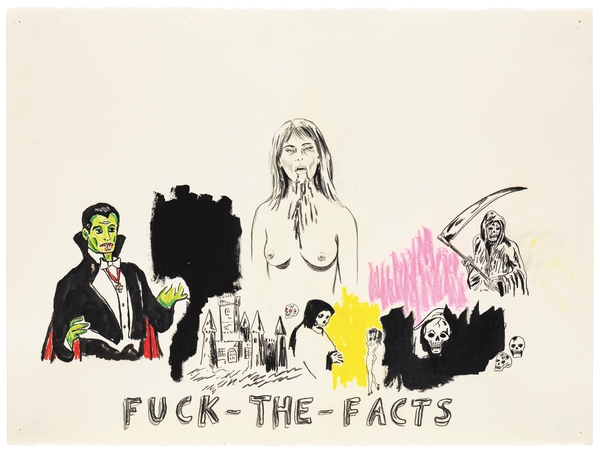 According to Marx, “Capital is dead labour, which, vampire-like, lives only by sucking living labour, and lives the more, the more labour it sucks”, although the Oscar-winning Parasites showed us that if there is one thing that is classless it is the blood-suckers. A similar reversal of terms occurred in El hijo del vampiro (The vampire’s son) by Cortázar, published under the pseudonym Julio Denis in 1938, which Lacan cited in one of his seminars, affirming that it is the boy and not the mother who turns to vampiring. For Zizek, Hollywood makes the distinction in the continual battle between vampires, as the enlightened classes with moral autonomy,  and zombies as the outcasts and the hopeless that represent the alienated 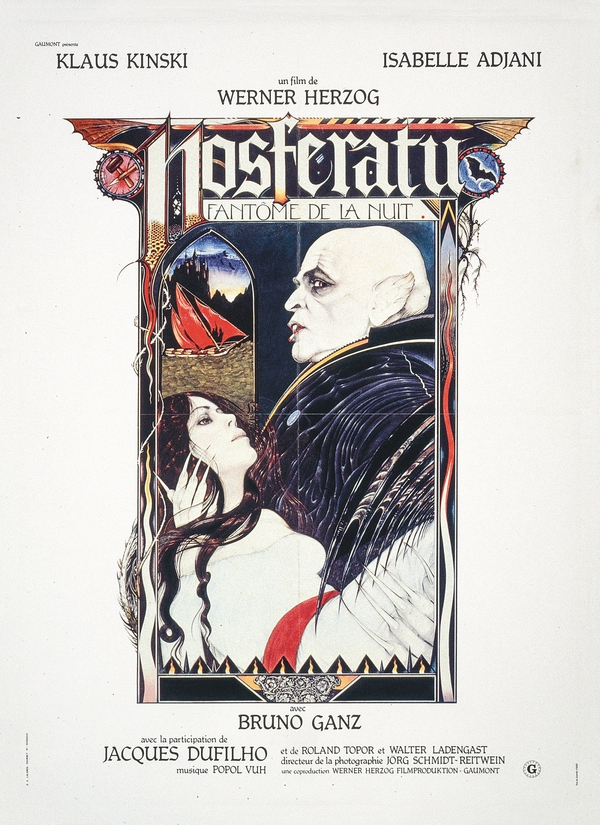 If the first literary vampire was a poet, put on paper in 1819 by John William, Byron’s personal physician, more refined would be those of Sheridan le Fanu, Maupassant, Gautier, Stoker, Poe and the little-known Wake not the Dead by Ernst Raupach, and the latest ones are just the adolescents of the Twilight saga,  thinking only about their prom, or baddies like those in Guillermo del Toro’s Blade II de Guillermo del Toro, whose ultimate concern is their position in the food chain.

Perhaps the next re-reading of the myth will come from movies such as Only Lovers Left Alive (2013) by Jim Jarmusch, with irritating young people of exquisite tastes in an underground setting, or the vampire-turned-rock-star which Ramón Paso has created for theatre in his Drácula. Biografía no autorizada (Dracula: unauthorised bio). And let’s not forget that the king of pop, Michael Jackson, opted to identify with a zombie rather than a vampire.

The exhibition Vampires. The evolving myth, organised jointly with the Cinémathèque Française, and curated by Matthieu Orléan, can be visited at CaixaForum Barcelona until the end of January 2021.