We begin the report on the exhibition Papeles después de una guerra (Papers after a war) at the N2 Gallery in Barcelona right at its chronological end: these fantastical and disturbing drawing made from tiny perforations on paper this year by Mallorcan artist Amparo Sard.

The artist was born in 1973, the same year that Picasso died, and he is also present in the exhibition with a dedication made at the end of his life to one of his best childhood friends in Barcelona, Manuel Pallarès. From Picasso to Sard, the pathway of art in the twentieth century has been a long and complex one and to a certain extent this small but exquisite exhibition in N2 is like a taste of the aesthetic and moral contradictions that occurred over almost a century of avant-garde art. 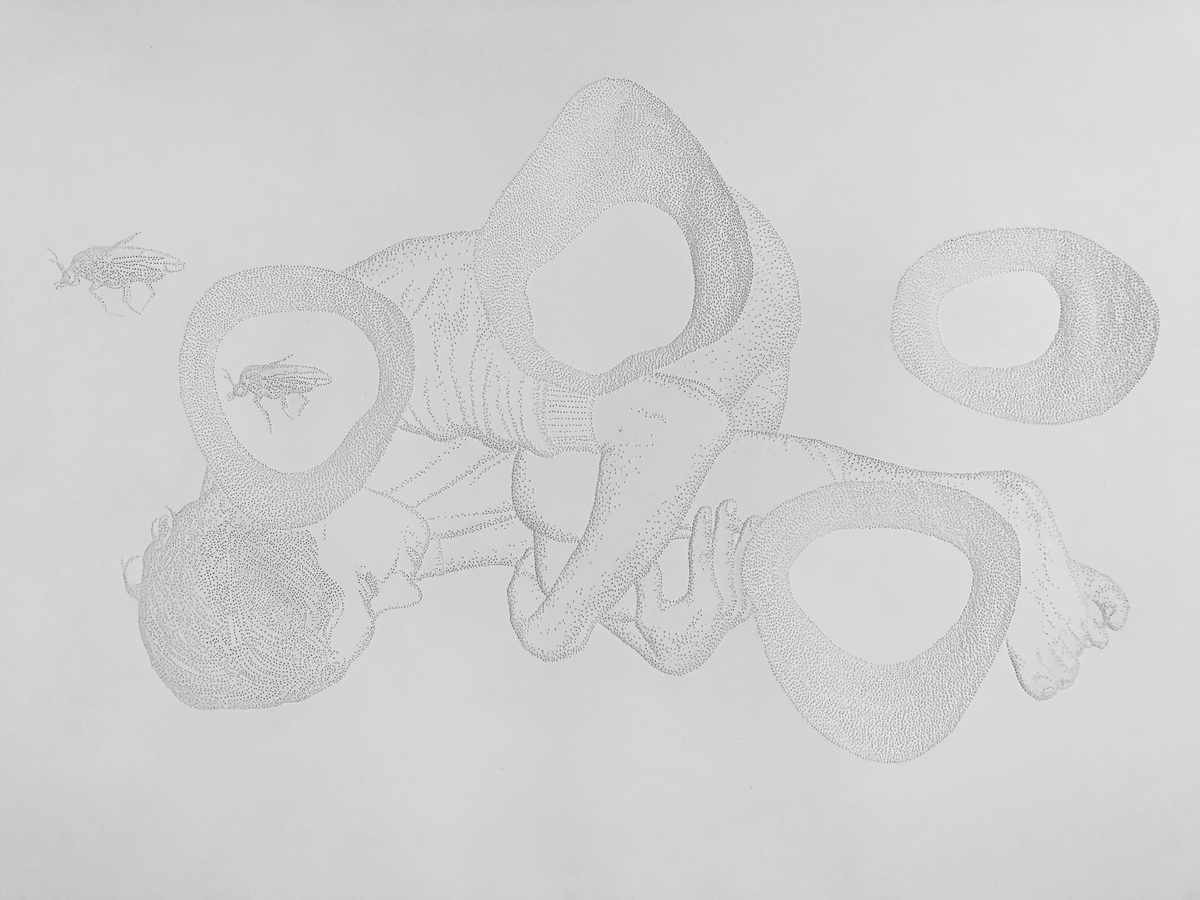 Only fourteen works on paper are exhibited at N2 by eleven outstanding artists, all from Spain, and united by their avant-garde spirit and, according to the gallery, “aesthetic tendencies broken by war, interior exile, different attempts to preserve their creative freedom and the dawning following the start of democracy”. This little tour begins with Luis Castellanos, Juli Gonzàlez and Picasso himself, and ends with Evru and Sard, with Manolo Millares, Jaume Plensa, Víctor Mira and Adolfo Schlosser in the middle.

But let’s go back to Amparo Sard, who dominates the end of the exhibit with her drawing from the series Demasiada empatía (Too much empathy), where in a kind of self-portrait she uses perforation as a form of personal exorcism and a way of channelling individual and collective pain. She is a trans-disciplinary artist who in 2018 was included in a list of the best 25 artists in the world in the Dutch magazine LXRY. In this exhibition she also includes a projection of her video Intel·ligència emocional (Emotional intelligence), which is a visual metaphor of overload and disproportion.

Amparo Sard was included in a list of the best 25 artists in the world.

Going back in time, of the current artists present in this exhibition there is a delicate drawing of a female nude by Evru and a work on paper L’ull (The eye), by Jaume Plensa – a dark and sexual work which has little to do with his more recent work, where he uses the texture of the paper top achieve the desired effect.  It is a drawing which is also like a painting and a sculpture. In two works from the 1980s, Adolfo Schlosser brings one of his favourite subjects, nature, to paper in a colourful and almost abstract fashion. 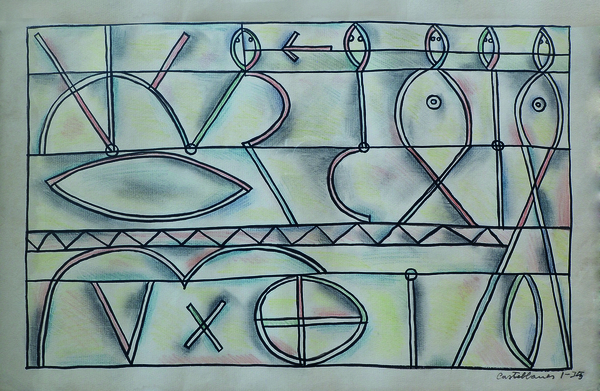 One of the more curious works in this exhibit is a drawing of the head of a bullfighter by Manolo Millares from 1956, evidently of a Picassian influence and far from the impressive abstractions by the same artist. The exhibit also reveals the constructivist mastery of Madrid artist Luis Castellanos, with the oldest piece in the exhibition from 1935.

The exhibition Papeles después de una guerra can be visited at N2 Gallery, in Barcelona, until 23 May.