Gala Dalí, Valls and a Madeleine from Kazan

This summer there were two apparently unconnected events: the exhibition: Gala Salvador Dalí. Una habitació pròpia a Púbol, a National Art Museum of Catalonia (MNAC), and the World Cup, in Russia.

Elena Ivanovna Diakonova, better known as “Gala”, was born in 1894 in the city of Kazan, capital of what is now the Russian Federal Republic of Tatarstan. And Kazan Arena was one of the main stadiums for the World Cup competition.

On 30 May 1970, Salvador Dalí visited the city of Valls, Capital of the county of Alt Camp. But things became complicated…the city council received the artist with a display of their famous group of human towers, the Colla Vella of the Xiquets de Valls. In a few minutes Dalí drew them a picture of an eagle, and in exchange, he walked off with the Eagle of Valls, the wooden figure that is always brought out for festive occasions.

A photograph by Josep Postius shows the lorry which had come from Valls arriving at its destination. On one side of the lorry is sign saying “The Eagle of Valls for Gala, the wife of Dalí. A gift from the city for the castle at Púbol”. On the far left of the photograph we can see Gala with her back to the camera –she didn’t like being photographed – and on the far right is Dalí, who was always ready for a photo opportunity. 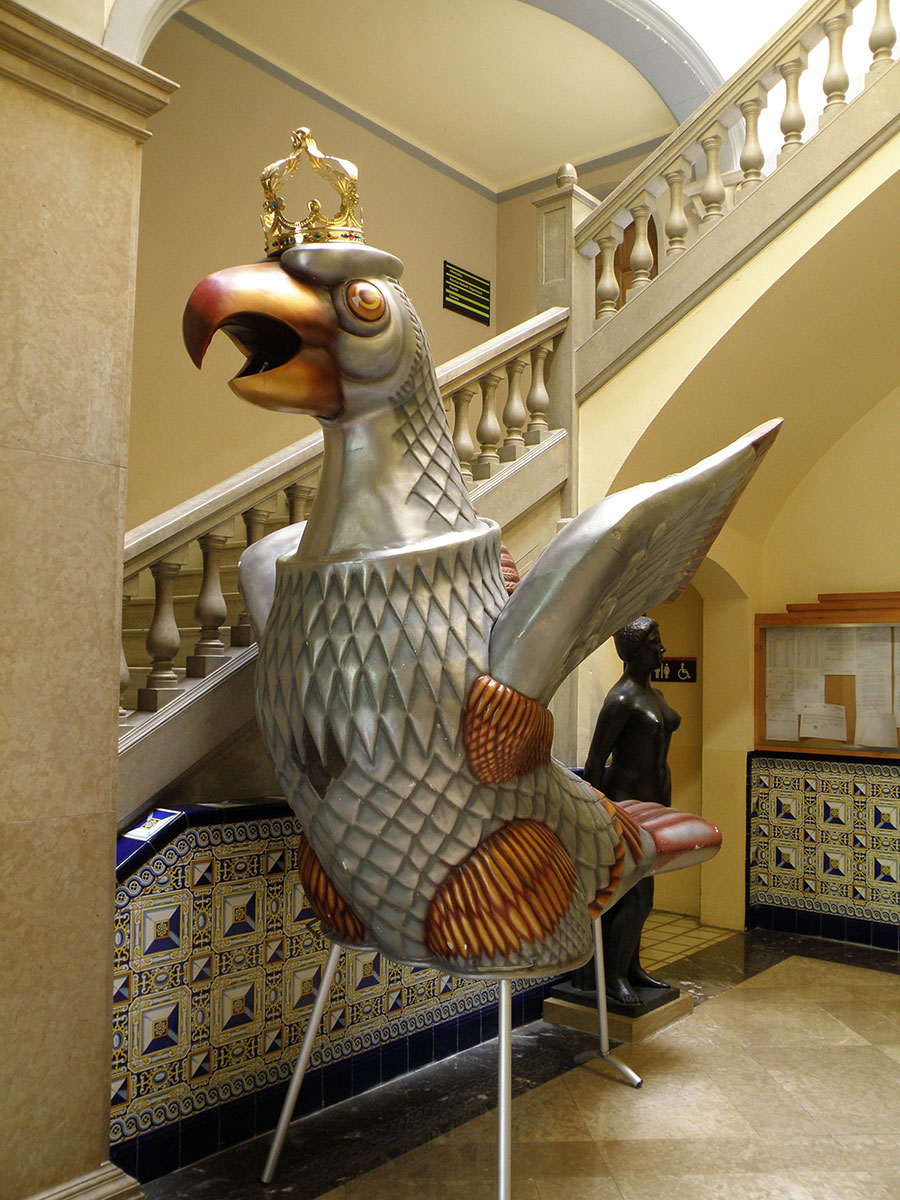 Gala had asked her husband for a castle so that she could get away from the frenetic, noisy, crowded world of Dalí. In May 1970, just when they had finished the refurbishment work at Púbol, Gala was seventy-six years old. She wanted the peace that somebody of that age deserves, but she also wanted privacy; the kind of privacy that allows you to find yourself and recover some beloved memories.
So, why did Gala want a wooden eagle that was two metres tall? She never said. But a glance at the flag of Kazan provides a clue. Look at the figure on it. It is Zilant, an imaginary beast with the head of a dragon, the body of a bird, chicken feet, the neck and tail of a snake, the ears of a dog, red wings, feathers and dark grey scales. Zilant appears in the story of the origins of Kazan and has appeared on the coat of arms since the eighteenth century at least.
There is no other relation between the Eagle of Valls and Zilant of Kazan than their appearance, but the popular Catalan image must have been like a “madeleine moment” for Gala.
We will leave Salvador Dalí’s fascination for the human towers of the Xiquets de Valls for another time, and the two occasions that they appear in Dalinian homages or happenings. 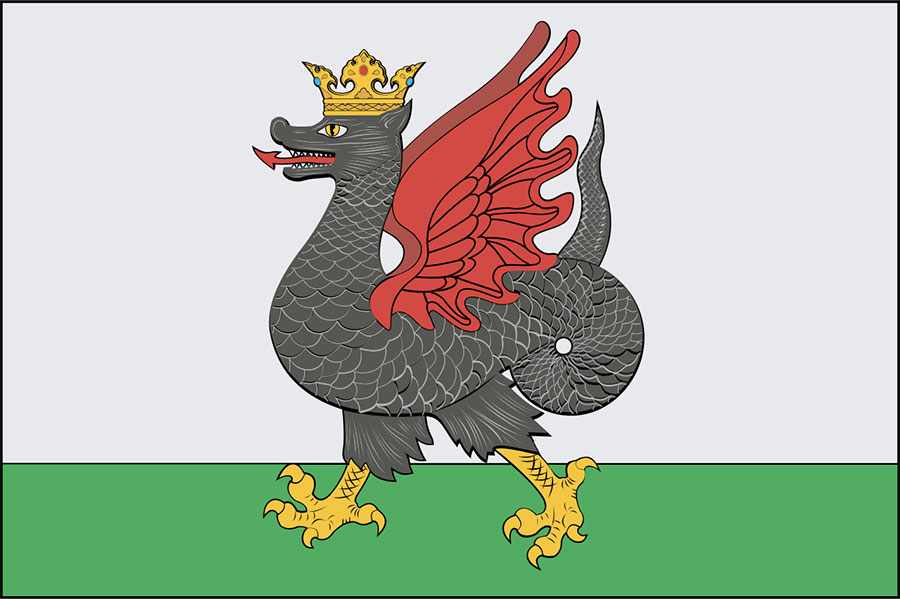 We will stay with the sad anecdote that brings the story full circle: the Eagle of Valls ended up in the Dalí Museum-Theatre in Figueres. It has a piece of the artist’s work on its breast. In January 2017 a Russian tourist leaned on the wing and it broke off…Let’s hope they weren’t from Kazan!

The exhibition Gala Salvador Dalí. Una habitació pròpia a Púbol, can be seen at the MNAC in Barcelona until 14 October.