Mirador Gallery: Catalonia as a mirage

The weekly Mirador (1929-1938) is undoubtedly the best periodical for culture in Catalonia. Founded by Amadeu Hurtado and directed by Manuel Brunet and Just Cabot, it was requisitioned by the Socialist Party of Catalonia at the beginning of the Civil War and replaced in 1938 with the weekly Meridià.

Mirador spoke through the voices of the best writers and thinkers in the country about literature, theatre, radio, film, music – including the record news – national and international politics, all kind and styles of art…and it even organised two exhibitions: the first was the First Mirador Salon (1933) at the Galeries Laietanes, showing the portraits of the female figure in Catalan painting from 1830 to 1930, and the Second Mirador Salon (1936) on Catalan Gothic art. 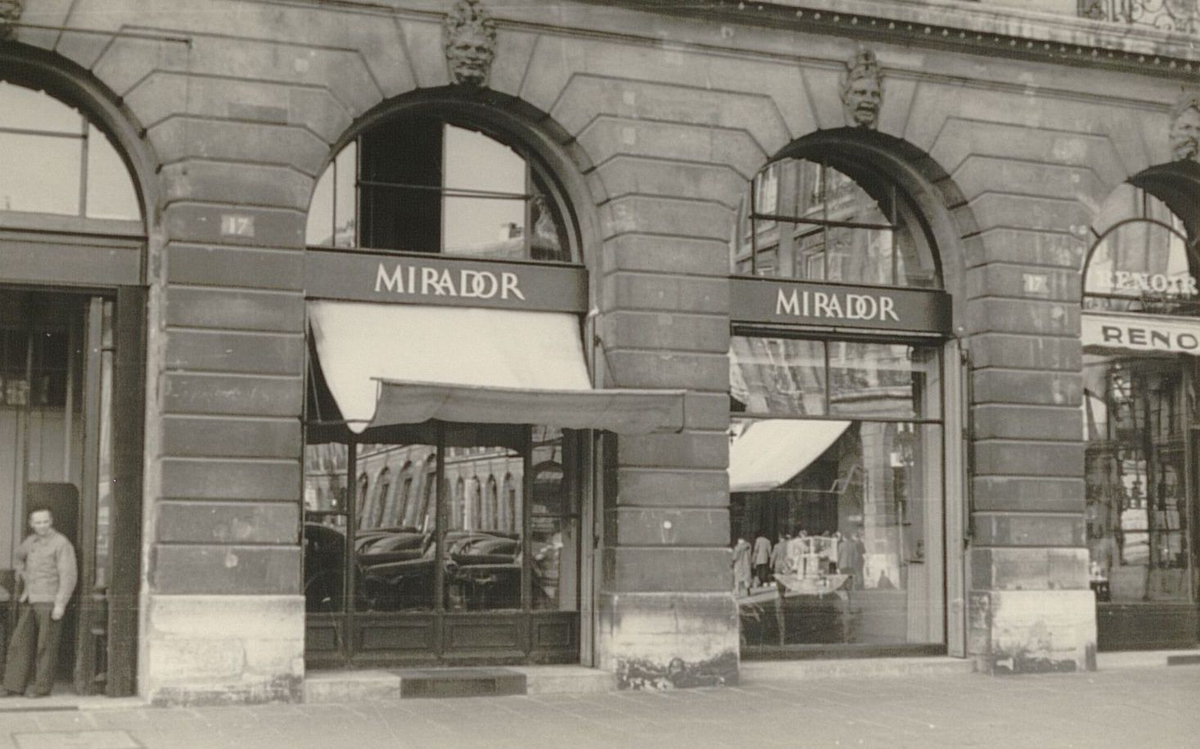 War breaks out and many of the people responsible for Mirador settle in France in exile. While in Paris, Víctor Hurtado, the son of the founder and administrator of the weekly and the journalist Lluís Montanyà set up and import and export company. Rosa Castelucho, the granddaughter of established Paris gallery owner Antoni Castelucho, joined them along with Just Cabot who had brought with him his extensive library.

In December 1948 the Mirador gallery and library opened its doors at 17 Place Vendôme in Paris. The sign for the establishment retained the logo of the weekly magazine. This was one of the most sophisticated addresses in the French capital but if you go there now you’ll see that it has become the mecca for jewellers and designer clothing.

The Mirador Gallery in Paris lasted seven years, from December 1948 to December 1955, in two periods. However, nobody has considered its importance or bothered to decipher its history until now when, under the curatorship of Josep Miquel Garcia,

the Apel·les Fenosa Foundation, in El Vendrell, has put on this exhibition and produced the corresponding catalogue. 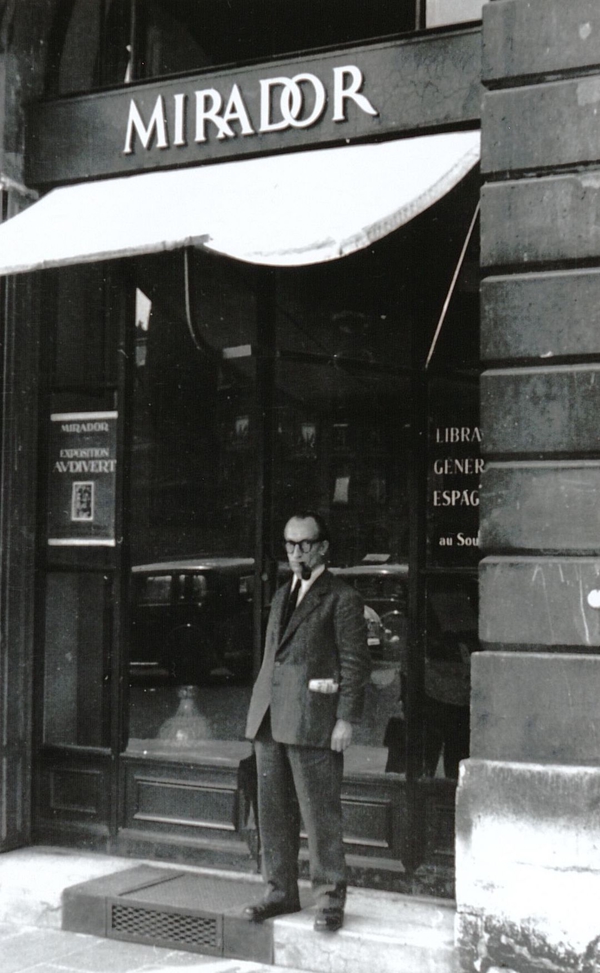 Just Cabot in front of the Mirador gallery, with the poster (on the left) of the Audibert exhibition. Arxiu Montserrat Tarradellas i Macià.

Josep Miquel Garcia has had the support of the Montserrat Tarradellas i Macià Archive, in the Monastery of Poblet, and has reconstructed the history of the exhibitions that took place at the Mirador Gallery in a new discovery of the cultural dynamism of the Catalan exiles.

The first phase of the Mirador Gallery closed in 1951 when Just Cabot and Rosa Castelucho left. Castelucho took the entire art collection and Cabot took the books, which he used to set up the Librairie Artistique Espagnole et Latino-Américaine at 125 Boulevard de Montparnasse. In 1952, Cabot and Castelucho got married.

The second and final phase of the Mirador Gallery ended in December 1955, more or less when Víctor Hurtado’s partner Lluís Montanyà moved to Geneva to be a translator for the United Nations.

Poster of Maria Sanmartí’s exhibition at the Mirador gallery, 1949.

The programming for the Mirador gallery during those seven years was extremely eclectic.

According to the catalogue, the writer Mercè Rodoreda (1953), and sculptor Josep Granyer (1955) had been due to exhibit at the Mirador but, for different reasons, they never did. According to the news archive of La Vanguardia, the painter Juan de España never got to exhibit at the Mirador Gallery either because of “customs problems”. And Santi Surós had an exhibition there in March 1954.

The programming for the Mirador gallery during those seven years was extremely eclectic. Promising new artists, more or less established artists, Catalans, French, Japanese, Italians, painting, photography, ceramics, and so on. What is most likely is that the book sales propped up economically an establishment that had taken its name from the Catalan heritage of a Catalonia which would never be the same country that its founders had known.

Curiously, Mirador was the name of the gallery in Carrer Casp, Barcelona, that showed the informalist happenings of the Gallot group from Sabadell in 1960. Coincidence? I don’t think so. The Mirador – and the name of our own e-magazine confirms this – continues to be a mirage and a model of cultural excellence.

The exhibition Galerie Mirador, Paris 1948-1955 can be seen at the Apel·les Fenosa Foundation in El Vendrell until February 2020.