Halloween at the Museum

There is a day for everything but if you want to attract young people you have to celebrate at night.

And that is exactly what the “Museums Night” – the cool and fun version of the formal “Museums Day” – does. 84 spaces all over the Barcelona metropolitan area will be stuffed fill of activities from seven in the evening until one in the morning.

You won’t find anyone under the age of 18 or over 45 on Museums Night. These age ranges, when together in groups, are more for the daytime events like the Saturday afternoons at MACBA…if there is a Plensa exhibition on. How I miss those mega-exhibitions that attracted hundreds of thousands of visitors!

Museums nights is not designed for the visitor to engage in a process of reflection around a particular artistic, cultural or heritage project. It has been engineered so that you, who is not normally a museum-goer, can discover a place you will want to go back to. Even the biggest museums try to look like Willy Wonka’s chocolate factory, and there is no lack of surprises, musical events and confetti.

I think it is great. Depending on your preferences you can enjoy the onomatopoeias and sound montages by Christian Marclay at the MACBA, or lose yourself in the mental maze of quantum physics at the CCCB; say hello to the first works by Picasso in the Picasso Museum, or applaud the work of Gothic genius Bartolomé Bermejo;  take a glance at the Christ Pantocrator by the Master of Taüll or even cheer on the troops in the giant Battle of Tetuan by Fortuny at the MNAC, where a thousand years of Catalan art is on show. These are all obvious and highly recommended choices.

Lovers of photography? Did you know that you have got a camera with many different possibilities in your mobile phone? One day you might be the artist exhibiting in the museum! We suggest you start at La Pedrera in Passeig de Gràcia, and while you are visiting one of the greatest works by Gaudí, don’t miss  the incredible exhibition of work by Gabriel Cualladó; afterwards you could go to the Mapfre Foundation in Carrer Diputació where it crosses Rambla de Catalunya to worship the photographs of Berenice Abbott, then on to the CCCB to take in the World Press Photo exhibition and what is different about this one from the previous – answer: they are all the same – continue to the Rambles where you will find another photographic icon, the German August Sander, cold and precise as an entomologist. Turning towards the Gothic quarter and you can end the party in a somewhat sinister manner at Foto Colectania, with photographs and installations by Laia Abril on the question of abortion.

Do you want to walk around a single area? For example, there are people in Barcelona who have never been to see art in Hospitalet, and could discover a goldmine: almost at the exit to the metro you have the Tecla Sala Art Centre, with two interesting exhibits: the multidisciplinary exhibition by Eugenio Ampudia I tu què has fet per l’art? (And what have you ever done for art?) and the talented trompe-l’oeil by Lluís Hortalà in Guillotina – which talks about the fireplaces of historical figures who met their end at the guillotine. At Tecla Sala we also have the Arranz-Bravo Foundation with an exhibition by Pablo del Pozo Al muerto, tiempo encima. If you carry on along the red line of the metro to the old town there are three spaces belonging to the Museum of L’Hospitalet: the casa Espanya building, which you can get a view of after dark, the Harmony building and the Can Riera Masia which is showing the exhibition  Amb B de Brossa.

Subirachs goes well beyond the Passion façade of the Sagrada Família.

If you would rather stick around in Poble Nou, no problem: you can visit the Design Museum, with a whole series of collections from industrial graphic design to textiles and fashion, and then go on to Can Framis museum of contemporary Catalan painting to see the exhibition of the recently departed Jordi Fulla. Carry on walking for five minutes and you reach the Espai Subirachs where the sculptor’s daughter will tell you about the career of an artist which goes well beyond the Passion façade of the Sagrada Família. 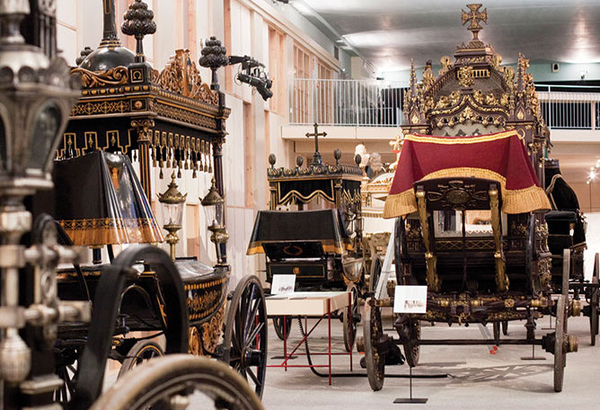 There are also some thematic routes: one dedicated to Gaudí includes La Pedrera, the gatehouse of Park Güell, the Güell Palace at the bottom of the Rambles and, if you have a car, the Museu de les Aigües (the Carretera Sant Boi in Cornellà de Llobregat) where you can join a guided tour of the exhibition and the garden, where there is a reconstruction of Gaudí’s Modernist waterfall.

Another, almost infinite route would be around the remains of the ancient city of Barcino, such as the TEMPLE OF Augustus, the Domus Aurea in Carrer Avinyó, the Roman remains at the MYHBA in the Plaça del Rei…and in Badalona the museum and other spaces such as the Casa dels Dofins, the Jardí de Quint Licini or the Conducte d’Aigües.

But if you want a night route of something invisible, which is sometimes visible to everyone but often remains unseen, or you are simply fans of the TV series on mysteries Cuarto Milenio, I recommend you start with the magnificent Arús Library and the exhibition Barcelona, the capital of private detectives. Continue to the Grand Provincial Lodge of Catalonia, with its two masonic temples, or if you are a bit short of time, the Eugen Bleuler Private Foundation where you can get free entry to four masonic temples and meeting rooms showing all the masonic symbology, materials and decorations, etc. A route like that can only end up in one of two places: either go to the Egyptian Museum to see the Tutankhamun exhibition or travel to exit 13 of the Ronda Litoral and stop at the Funeral Carriage Collection, the only one of its kind in Europe. Don’t miss the night workshop “Build your own cemetery”.

Here you can find information about all the events of Museums Night. Don’t forget – in some places you have to book. Trick or Deal?