In one of the videos of the exhibition Architecture and Criticism, which is dedicated to the professional career of Ignasi de Solà-Morales, you can see him saying: “Architecture is an aggression towards territory, towards material, which it violates, manipulates, forces, twists; it is violence against the existing forms, against existing types and ways. All founding architecture is based on violence and in its interior does not have so much a construction as an inseparable destruction as well”.

This was in his talk Anyway presented at the CCCB in 1993.

I would say that you can use this reading of violence as a device to understand a large part of the exhibition in La Virreina or, what amounts to the same thing, the intellectual and critical legacy of Ignasi de Solà-Morales, an architect born in 1942 in the city of Barcelona, and son of a family of architects which included his grandfather Joan Rubió i Bellver, his father Manuel de Solà-Morales i de Rosselló and his brother Manuel de Solà-Morales i Rubió, who was a prominent member of the  academic and professional architectural community from the nineteen seventies until his sudden death.

The career of Ignasi de Solà-Morales (Barcelona, 1942 – Amsterdam, 2001) exemplifies some of the most characteristic traits of a certain architectural tradition which is closely linked to Barcelona and typified by bringing together, with no clearly defined limits, thinking about culture, heritage and the city. In his own work, thought, architectural practice and involvement in the public sphere formed an uninterrupted whole. 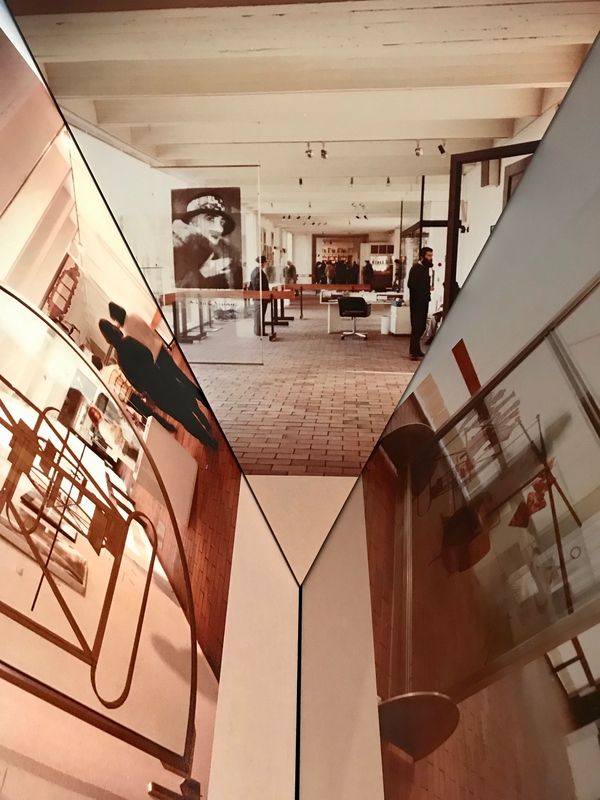 From his academic activity to his restoration projects for such iconic building as the German Pavilion from the 1929 Universal Exhibition, known as the Mies Pavilion, his position is the result and also the drive for a time which, having survived Modernity, sought explanations (always fragmentary and unfocussed) to the specific problems of the contemporary world.

This is an archive exhibition in which above all there are documents, facsimiles, reproductions of plans, photographs and videos, publications, etc. These exhibition always seem a bit harsh for visitors. The main task of the curators , in this case Carmen Rodríguez and Pau de Solà-Morales, is to create a narrative between a series of basically unconnected pieces which separately would be unreadable, both in terms of format and theme. It is understood that nobody, except perhaps an expert or scholar of the author in question, would take the time to reads each and every one of the documents exhibited. 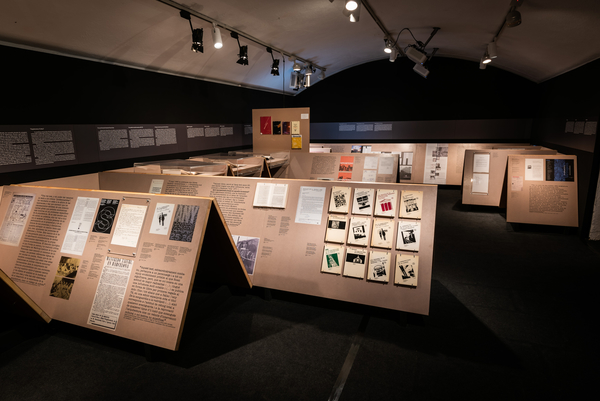 The mounting of the exhibition, carried out by the Cadaval & Solà-Morales Studio, therefore has to work in a rather complex context, showing the pieces but also generating an environment. Most of the visitors take away with them a general idea of the content. The documents are not readings for the visitors but images which support the discourse as a whole. The fragments of these reading which were considered to be pertinent and worthy are extracted and magnified so that they can be red. Here, the whole is clearly greater than the sum of the parts. And on that note I go back to my starting point. Solà-Morales defends the position that contrary to what we have been told, from the theory of the Modern movement, architecture is not a mediator, nor a device for participation. On the contrary, and as I said at the beginning, in every architectural action he sees an act of violence: “In fact, any architectural operation is an imposition, a colonisation which involves violence”. He adds that as architects there are only three ways of reacting to this situation: submission, delinquency or resistance.

The way in which this exhibition is set up is an evident act of violence.

The way in which this exhibition is set up is an evident act of violence. It imposes itself on the visitors (like any expositive formalisation), and conditions their reading and even the way they move their bodies and move around the space; it forces certain perspectives, biased views and obliges the visitors to adopt strange postures to see some of the parts. The question is whether it does so from a hegemonic stance of control, from the wrong of vandalism or from resistant complicity. I speak to Eduardo Cadaval and Clara Solà-Morales about this sensation of exclusion when trying to see parts of the exhibition and they tell me: “There is a clear desire in the design to show that reading these texts (like any other theoretical text) requires an effort. In fact, in all our exhibitions we have always placed the texts a little too low. We think that the visitors who really want to see or read a piece should make a minimum effort; the information, given that it is not an image, always requires an effort by the visitor”. 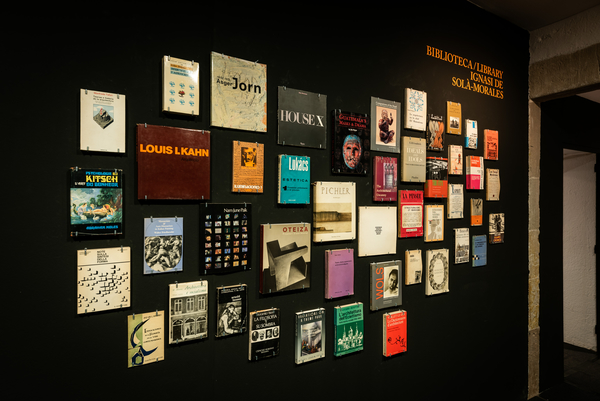 However, I would say that the world of Ignasi de Solà-Morales, even from an archive culture, withstands this arrangement in the space and a visit would prove equally revealing. Little wonder that eclecticism and a review of history distanced from dogmas and common ground enabled him to come out unscathed from blind alleyways such as the rehabilitation of the Liceu, the study of the Universal Exhibition or the Duchamp or Rietveld shows. As the programme leaflet says for Rietveld exhibition: “…he proposed a reflection on the reproduction of a work, understood as an exercise in overcoming imitation and as an opportunity to contemplate “a research project, the recomposition of a design process and the possibility of thoroughly understanding a method”.  The development of this idea in the mind of the architect is essential for rebuilding a path which will reappear in future interventions, tracking the process followed by the author and reaching “the very heart of the work once the thick structure has been torn away”. And is that not what every exhibition should do? 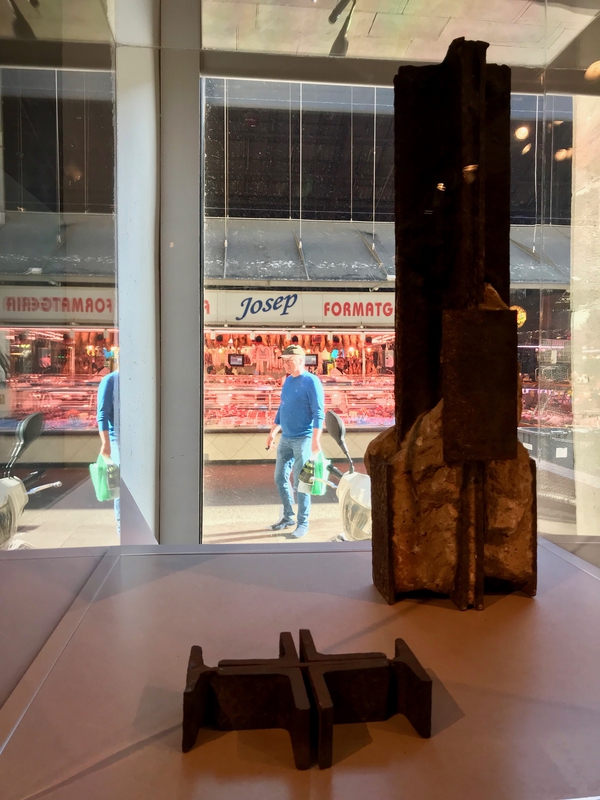 While I am visiting the exhibition in La Virreina, I see the Boqueria Market through the window and I cannot help seeing parallelisms between the exhibition of the cruciform column of the Mies Pavilion from 1929, discovered during excavation work in December 1984 and the cured sausages hanging on the other side of the glass. In the text “Weak Architecture” Solà-Morales talks of an architecture that is neither important nor proud, because it is the only kind that can escape the banality and self-reference of postmodernity. And while I am thinking about that and in the inherent pride of the Mies van der Rohe beam, exhibited as contemporary archaeology, the tourists are taking photos of the sausages. That is violence.

The exhibition Ignasi de Solà-Morales. Architecture and Criticism can be seen at La Virreina Centre de la Imatge, in Barcelona, until 12 May.