“La Infinita is neither an art centre nor a museum”. This is the forthright declaration of the artist Jordi Colomer, as we contemplate the imposing view of L’Hospitalet and Montjuïc from the rear façade of La Infinita, which is enjoying a long 3-day celebration this weekend to mark its maiden flight.

In the last Venice Biennial, Colomer (Barcelona, 1962) made a case in the Spanish pavilion for nomadism and the dissolution of the border in this globalised world. But now it is his turn, alongside his partner the producer Carolina Olivares to remain as the sedentary leader of a unique artistic project in these 700m2 which occupy the third floor of an old industrial building in the Avinguda Carrilet in L’Hospitalet. The nomads in this case are the artists and creators who come to visit and work at La Infinita in infinite disciplines and with infinite talents. And, of course the public which will form a fundamental part of the project. 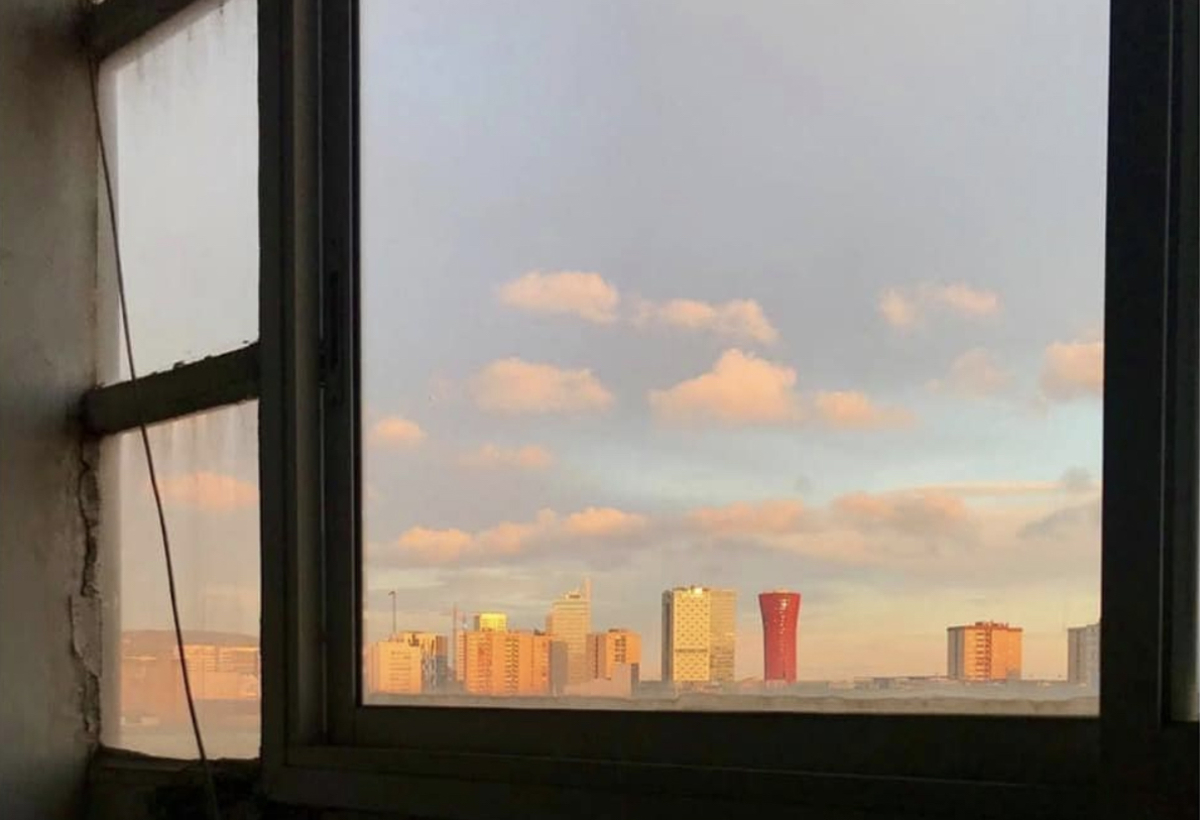 La Infinita is the result of the hybridity of contemporary artistic practices and also a collaborative spirit which impregnates all current artistic projects. Colomer himself has been working like this for some time and it is as if La Infinita were a kind of large-scale work of his situated in a specific space in the Cultural District of L’Hospitalet.

But if La Infinita is neither an art centre nor a museum, what is it? “We want to be a laboratory that is open to creation, research and production and is also a meeting point between the visual and performing arts”, explains Colomer. All kinds of creation will fit in, but La Infinita wants to prioritise “Live” and “living arts”. Performance, dance, theatre, sound research, workshops, literature, ephemeral visual works…basically a mix of all these is what the visitor to La Infinita will find. And obviously there will also been exchanges and trade-offs, residences, events and all kinds of presentations with an educational programme which could even contemplate summer schools for children. 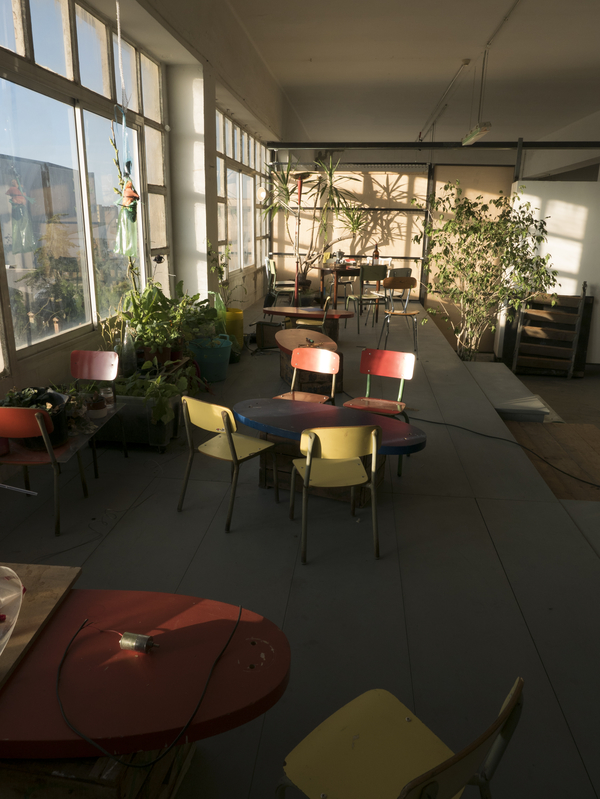 La Infinita has been in operation for months in this immense industrial space – a former printworks. The space was reformed by Jordi Colomer himself alongside the architect and film-maker Albert Garcia-Alzorriz, who worked with the artist on the pavilion project for the Venice Biennial. In fact, some of the elements from the Spanish pavilion have been used here, such as the rows of seating for the small space dedicated to video projections, for example, and some of the original shelving and other pieces have also been conserved from the old printworks. 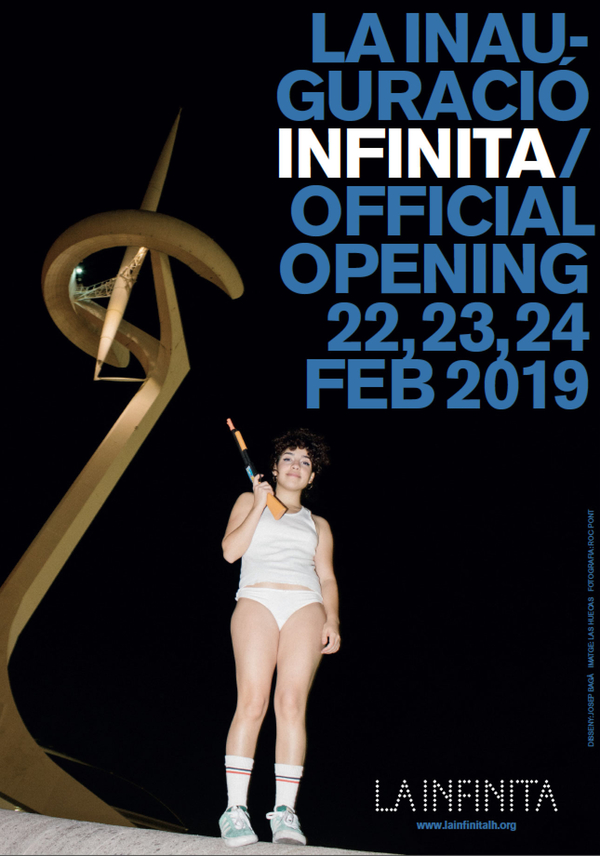 Apart from the immense rear room with the huge windows, the space is ideal as a multiuse space and place for performances and festivals, including workshops by the resident artists and by Colomer. During this first phase British artists Duncan Gibbs and Joe Highton have worked alongside Víctor Ruiz-Colomer, precisely to prepare the opening. 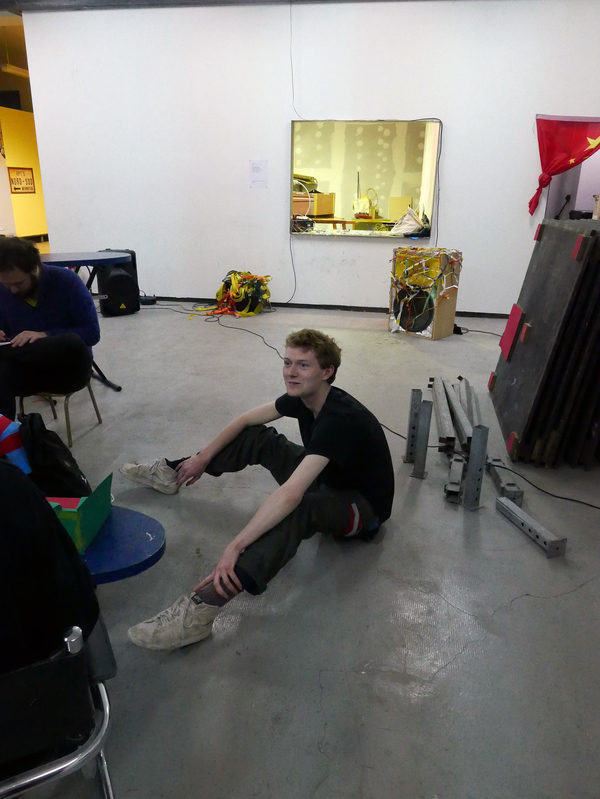 Although La Infinita “shuns the traditional exhibition format”, there will be a space in the building where artistic interventions will go piling up like an exquisite corpse. The Uruguayan artist resident in Barcelona, Yamandú Canosa, who will represent Uruguay in the next Venice Biennial with the curator David Armengol, is the first artists to take part in the La Infinita Wallpainting – a long corridor wall destined for temporary interventions of six months.

The project should be completely allied to Cultural District of L’Hospitalet.

La Infinita is a self-managed cultural association, founded last year by Colomer and the poet Eduard Escoffet. But there are also other accomplices such as producer Marta Oliveres, former director of the department of visual and performing arts of the Ramon Llull Institute. Its founders are clear that the project should be completely allied to Cultural District of L’Hospitalet, which already has more than 500 independent artists, studios and cultural industrial spaces, many escaping from the high prices in Barcelona. “A lot of them have come from Poblenou”, says Colomer, who has also given up his studio there to establish himself in L’Hospitalet.

For the moment it looks like the opening party is going to be a crazy do. It will start on the night of Friday 22 with a broadcast by Radio Infinita and an opening ceremony designed by the Las Huecas group, who will carry an Olympic torch from Montjuïc to La Infinita. You can find all the information about the activities which go on until Sunday at the website www.lainfinitalh.org.