Joaquim Chancho, the vibration of black and white

Lately, it seems that we relate Joaquim Chancho (Tarragona, 1943) mainly with paintings made up of vivid colours in daring combinations. But the work of this true searcher of all possibilities in abstract painting, borne out by his extensive career, is more than just colour.

For Chancho painting is basically a language and he uses it just as a writer or a musician would. Colour is simply one more adjective or note. 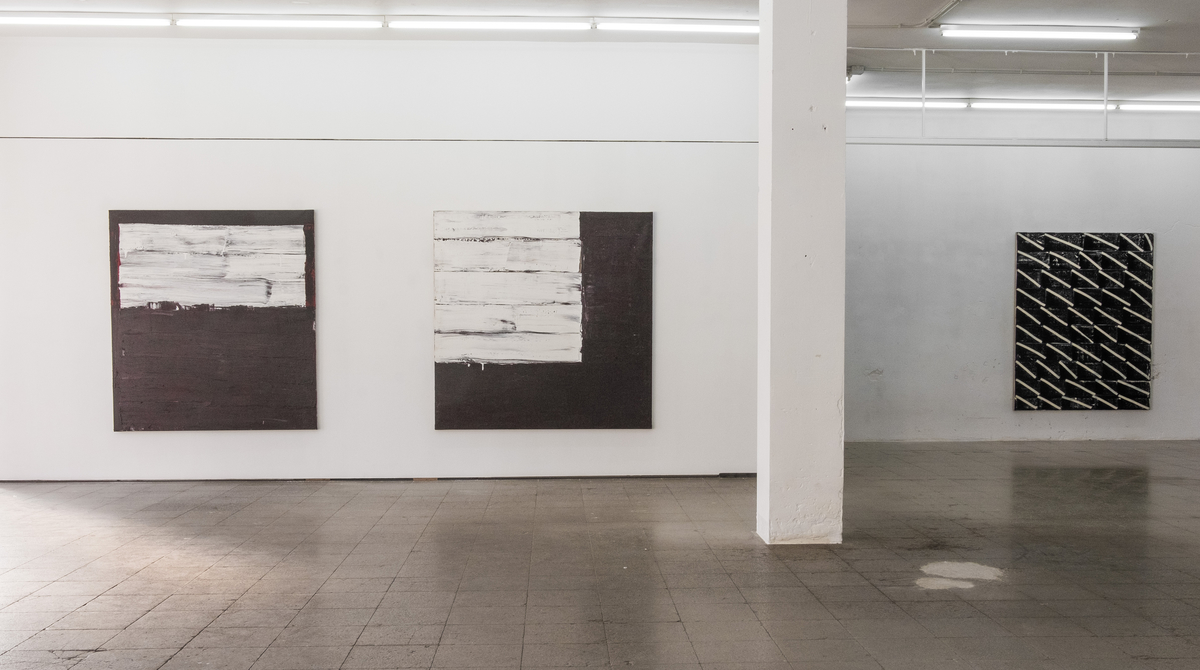 View of the Joaquim Chancho exhibition at the Ana Mas Projects gallery.

Nothing changes in the impact of Chancho’s painting, then, when he only uses black and white, which are also colours after all. It has been a great decision to recover a series of paintings and drawings by Chancho in black and white from the period 1972 to 2017, in this exhibition which can be seen in the Ana Mas Projects gallery, l’Hospitalet de Llobregat.

They are works that belong to a broad series, but which have in common the creation of tensions between black and white through juxtaposition, crossing lines and glazes. They are minimalist pieces but only at the first impression. Chancho does not stop at simple dialogues between black and white or creating fields of colour, he goes further than that.

Minimalism, yes, but never holding back on linguistic resources.

On some occasions, he opens and closes windows, with the white openings that illuminate the work. In other works, he engraves calligraphies with lines crossing the surface. He also constructs horizontal and vertical landscapes from fine lines which cover the canvas and here, if you look more closely at the piece, you can discover other hidden colours. He paints background washes with subtle glazes. He builds a structure in monochrome white using only the drops and accumulations of the paint.

In the oldest works of the series on show in the exhibition, on a black background, he sketches out a subtle score, splashed by lines and patches, which may (or may not) be accidental. Sometimes these hypnotic works, are like the scores of John Cage and other times like jazz compositions. The exhibitions also includes some drawings where the minimalism is accentuated. Minimalism, yes, but never holding back on linguistic resources.

Always with discretion and a firm commitment to the painting, outside the trendiest fashions and movements, Joaquim Chancho has demonstrated throughout his career an artistic honesty which in our times, needs to be made clear. At a time when it is so difficult to see good painting exhibitions in our country, the exhibition by Chancho at Ana Mas Projects is a breath of fresh air.

Joaquim Chancho. In Black and White can be seen at the Ana Mas Projects gallery in l’Hospitalet until 16 March.