He’s an international photographer with an impeccable reputation, and I’ve asked him a favour, as a friend: to accompany me to the World Press Photo Exhibition (WPPh). The history of the world could be divided into what humans say in public and what they say in private. As could the history of photojournalism. And I’m interested in his private vision of the tragedy. Because the WPPh is one big tragedy: in the photos almost no one is smiling. 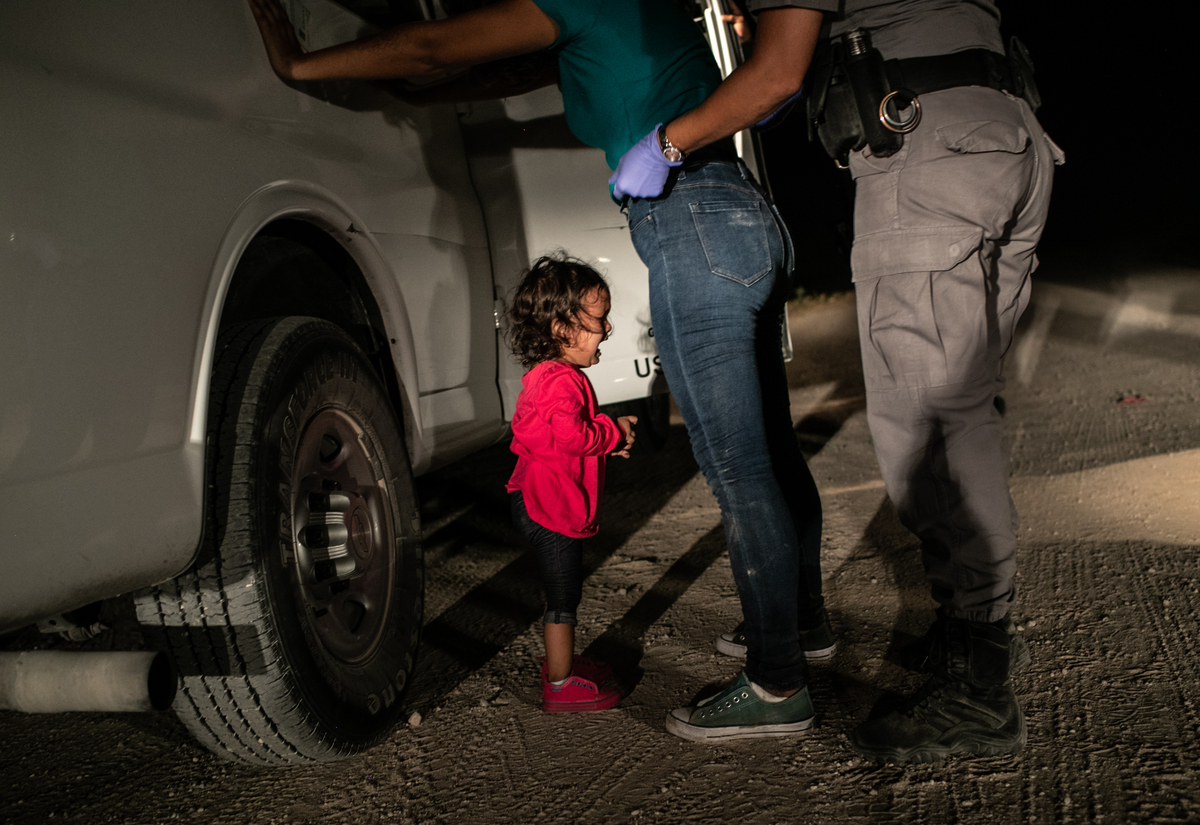 It’s a Saturday afternoon and the exhibition is swarming with people taking in “the stories that matter,” as the competition’s slogan puts it. Three years ago it was all images of migrants drowning in the Mediterranean and pouring into Europe. This year: not a single one. Did that exodus just evaporate? Is it a story that no longer “matters”? What exactly matters to the audience observing these scenes?

“We lost our way somewhere,” says my friend, faced by the hordes of visitors. All these people looking at the drama  – it seems off to me. I don’t know. I think there are other ways of showing it.”

“Now they want to get rid of the Barcelona zoo, shouldn’t we be rethinking the way we exhibit other people’s pain?” my friend suggests.

He likes this year’s winning photo, taken by John Moore. A girl crying on the border between Mexico and the USA. The image that sparked outrage across the world at Trump’s ruthless policy of separating mothers from their children.

“I admire Moore’s commitment to his story,” says my friend, “He’s been working on it for 10 to 12 years. I don’t see that kind of commitment in many photographers. But it’s the second year in a row that the prize has gone to a story that hasn’t just happened in the photo: that girl was never separated from her mother.”

But my friend’s favourite photograph is one by Philip Montgomery. The ravages of drug abuse in the USA. An addict’s dead body is taken away from his family home.

“Look. It’s all here,” he says, going over the whole image with his eyes and a hand gesture. As if it were a map. A map in black and white. 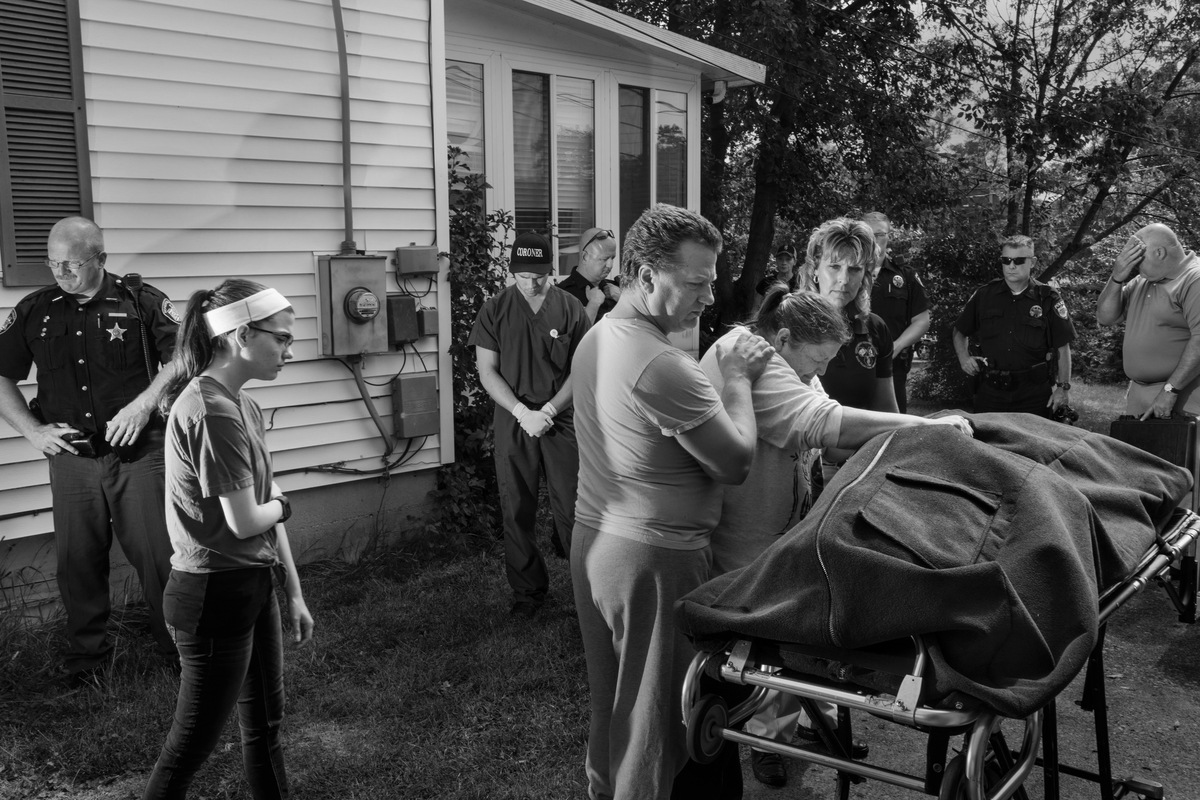 “But the world isn’t black and white. The real world is in colour,” I reply.

“But this is a real black and white. With no pretensions. Reality is never pretentious. Only photographers are pretentious. And in the end this kind of black and white is more real than all those other photos saturated in what is ultimately made up colour,” he replies, pointing out other meticulously retouched images. Is it healthy for a photographer to spend longer on post-production than on observing the scene they are photographing?

“Do you know what all this postproduction is for? Making a winning photo. In the last few years there’s been a boom in pay-to-enter photography competitions, which feed on a particular set of demands: the demands of the ego,” he tells me.

“There’s too much forced beauty,” my friend says. “During the immigration crisis four years ago, I saw photographers waking up a migrant who was sleeping on the ground, to ask them to carry on sleeping but facing the morning sun: it made their body look more beautiful.”

Forced beauty is the least among the other forced effects: a couple of years ago one of the prize-winners in this year’s competition passed off an Indian woman as a victim of sexual abuse when she was not a victim of abuse of any kind, and he had photographed her without explaining his intentions.

“There are hardly any stories about white Europeans,” says my friend, and as he does so, I look at the throng of white Europeans viewing the exhibition, anaesthetised by the aesthetic, and I think there’s something illusory about all this: in the entrance they’ve set up two transparent plastic boxes for donations to support this kind of photography. As if they were for an NGO. Is it an NGO? Should it be, I wonder, not knowing the answer.

“After the whoooooooooole selection process… this is the best photograph?” my friend says in surprise, dragging out the letter “o” in front of one, two, three, four images.

In another great recent exhibition we defined ourselves as “creators of consciousness”. Should we believe the hype?

“Sport is, essentially, action, and here they focus on personal drama,” says my friend in the sports photography section. Wheelchairs are rewarded, amputees are overexposed.

In another great recent exhibition – not World Press Photo – we reporters and photojournalists defined ourselves as “creators of consciousness.” Should we believe the hype?

The irresistible temptation to reward pain means that pain ends up impregnating every aspect of the competition. And, in the end, there’s a sense that the image of the hungry puma attacking an unfortunate llama is – in terms of technique and concept – the most authentic in the exhibition. There’s a sense that the section devoted to nature and animals is the one that has least to do with caged beings. Caged by aesthetics, or morality. 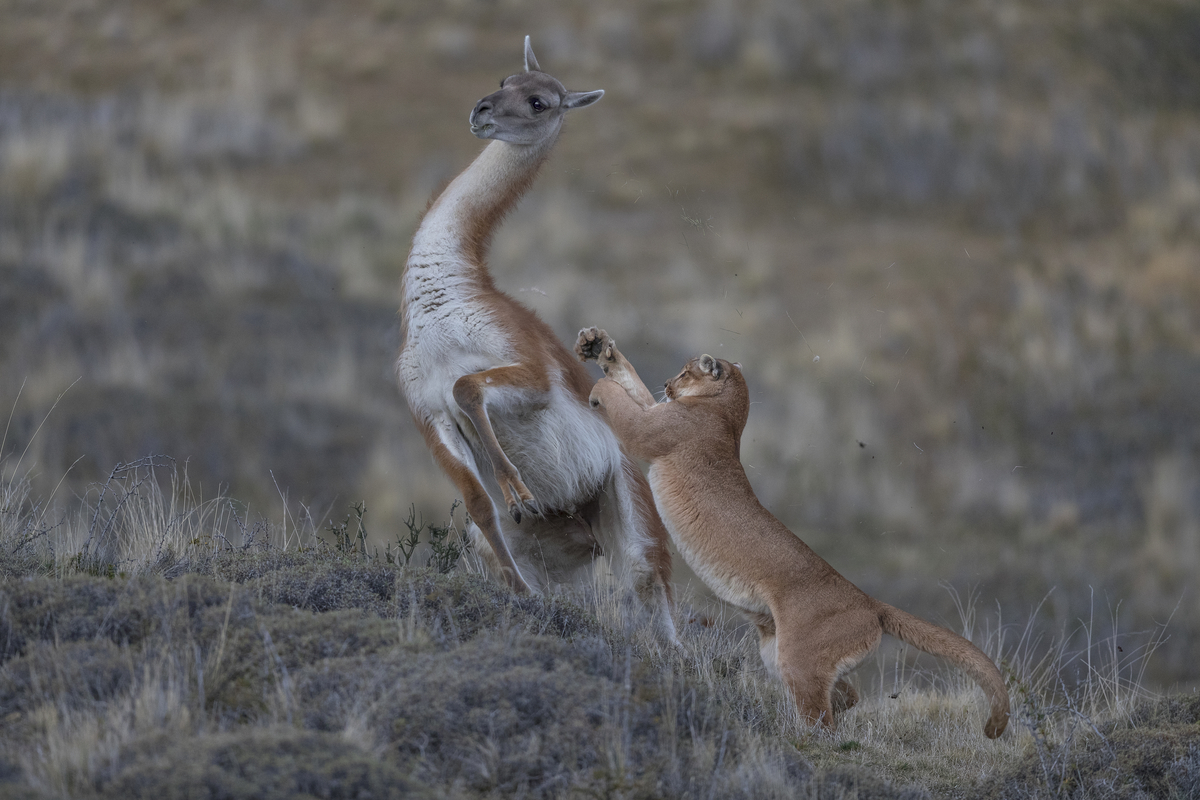 Out on the street, we carry on talking about the tragedy and my friend offers me one final reflection. The problem is, I’ve scribbled all over the sheet of paper I’ve been making notes on – there’s not one blank corner left: I look for the ticket to the exhibition in my pocket and ask him to lend me his back to rest the paper on and make a note of what he has just said.

“Not one bloody word about a single bloody fixer, the local dogsbodies who take you to the photo,” I scribble on his back.

World Press Photo Exhibition 2019. International Photojournalism can be seen at the CCCB, in Barcelona, until 26 May.