L’H. The centre is on the outskirts

The etHALL Gallery has left the Raval neighbourhood of central Barcelona to relocate in L’Hospitalet, in the same building where NoguerasBlanchard, Ana Mas Projects and the Trama 34 artists collective are already established.

L’Hospitalet is well on the way to becoming one of the nerve centres of Catalan art, but what is the attraction for gallery owners and creators? 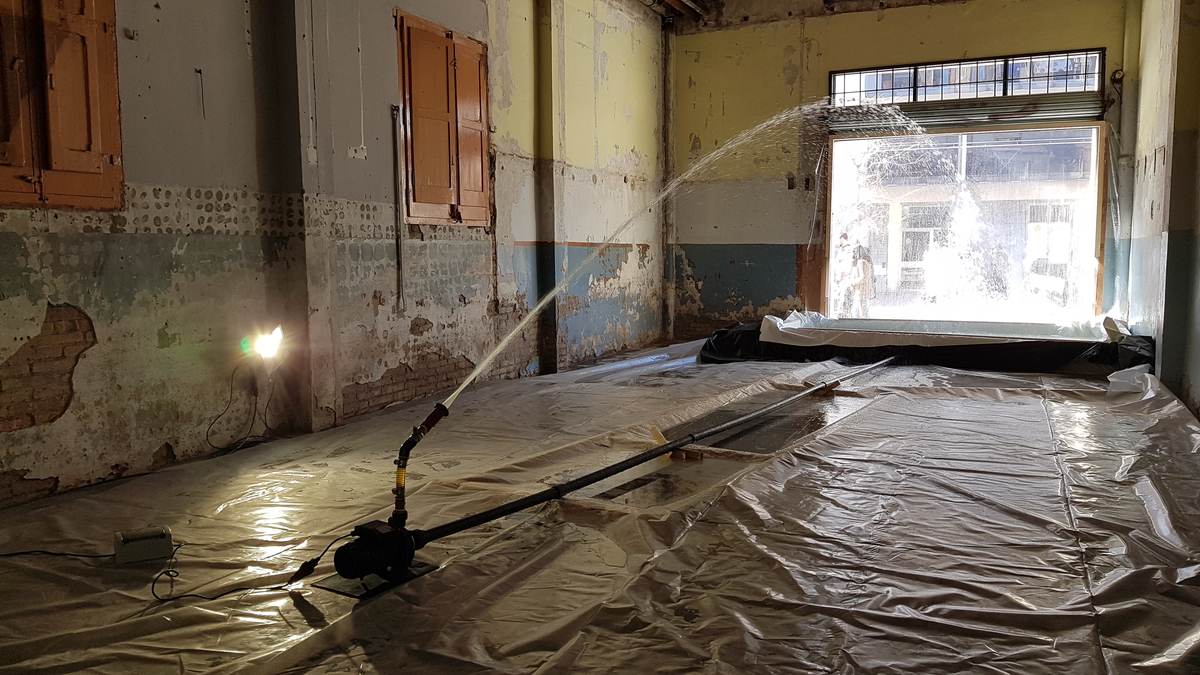 Considering the surroundings, I am sure that more than one person would have thought there was some kind of leak on seeing the jet of water hitting the plastic sheet which acts as the backdrop. But this is a thought that is immediately erased by the festive atmosphere and the crowds of people around what is not in fact a leak but an installation by Basque artist Jon Otamendi for the opening of the new etHALL in L’Hospitalet.

The choice could not have been better. “Otamendi’s work reflects the relationships between drawings and architecture, mechanics and nature, image and experience, hypothesis and reality. He uses these dichotomies to question the perception that exists on the outside-inside. In what kind of situations do they occur in a closed space or in the open air? What do we expect to find in art space and how does artistic practice relate to the market? And also the symbolic dimension. What will the audience’s interpretation be?” explains Jorge Bravo who opened etHALL in 2011 in the Raval, which after Carrer Consell de Cent and the Born neighbourhood seemed to be the new centre of art in Barcelona. Seemed because of the nucleus that grew around the heat of the Museum of Contemporary Art of Barcelona (Macba) only Àngels Barcelona remains.

The new etHALL is located in an old sweet factory and is the complete opposite of the white cube concept. The peeling walls, high ceilings with wooden beams and the curious windows with interior lattices are all clues to the line of the gallery: atypical, experimental and research projects which pay little attention to market demands, such as the works by Eulàlia Rovira and Adrian Schindler, Martín Vitaliti and Marc Vives which have livened up the opening. 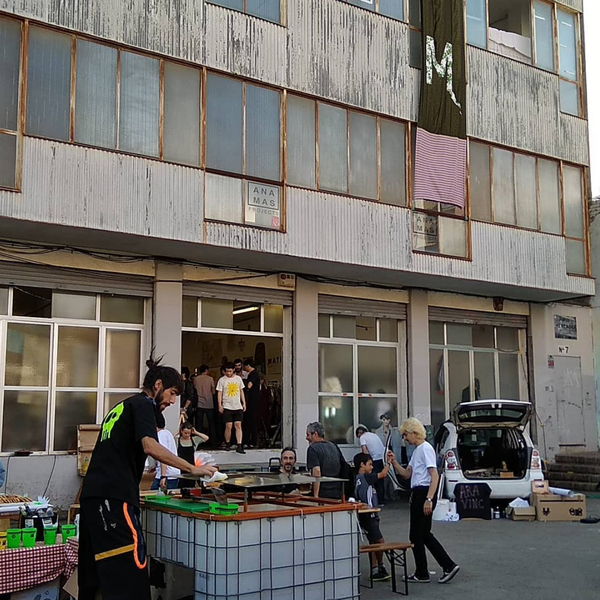 etHALL has located on the ground floor of the building in Carrer Isaac Peral 7, alongside NoguerasBlanchard, Ana Mas Projects and the Trama 34 artists collective, made up of Mario Santamaría, Matteo Guidi, Mireia C. Saladrigues, Diego Paonessa and Marc Serra, among others. “Here we can carry out projects that would be unviable in the centre where most of the budget goes on rent and we have never had so much space. Also, let’s not fools ourselves, strollers and tourists have never been our clients, and the only thing we have lost is seeing the odd friend who would stop by for a chat. Clients will come here the same as would go there”, assures Alex Nogueras, who was the first to take the jump, together with the Salamina Collective. Now it is calculated that over 250 artists, designers and architects form the pioneering occupants of the Freixa Building, the Fase group and well-known names such as Antoni Muntadas and Jordi Colomer, who has just opened La Infinita with producer Carolina Olivares and the poet Eduard Escoffet.

The galleries have at least tripled the amount of space they have and considerably reduced their costs.

It is true that L’Hospitalet reimburses 95% of building and occupation taxes for cultural industries and that the galleries that have moved there have at least tripled the amount of space they have and considerably reduced their costs. But the economic question is not the only incentive. This is underlined by Albert Mercadé, artistic director of the L’H Cultural District, a project conceived by Josep Ramoneda when the experts forecast that cultural businesses would leave Barcelona for the outskirts, where they could find bigger, more versatile and cheaper spaces. “My role is to be a mediator between the city and the sector. Based on its ideas and wishes, we produce a programme which has a budget of 200,000 euros and covers a range of initiatives, from participation in the Gallery Weekend and the Loop festival to exhibition in abandoned factory buildings and also public art”, Mercadé explains.

This is the case of the sculpture exhibition that Mónica Planes (Àngels Gallery) and Alejandro Palacín have just opened in the Plaça Europa as part of the Mobile World Congress. “The next project will be at the end of May with David Bestué and another eight artists who will offer a series of workshops and a participative exhibition in a corner of the Santa Eulàlia neighbourhood, says Mercadé, who also runs the Arranz-Bravo Foundation together with Tecla Sala –one of the main artistic institutions in this, our own little Brooklyn.