Liberxina, the fuel of creative freedom

“We acted on our intuition. We didn’t really know what we were doing, just that we were full of artistic desires”. That is what Antoni Llena’s answer has always been when asked about his time at the house in Maduixer, in which he shared living space and artistic experiences with Jordi Galí, Sílvia Gubern, Àngel Jové and Albert Porta (Zush).

It was the second half of the 1960s and while in Europe and America iconic revolutions were breaking out, in Catalonia, at the height of Francoism, one group of artists was in a hurry to turn the rules upside down and work across disciplines, without a care for ridicule and sheltered by the courage of their youth. They were never bothered about, nor did they imagine, whether one day their works would appear in a museum. There were only a few of them but they comprised a bit of everything:  Catalan-style beatniks, designers, draughtsmen and painters impregnated with the pop aesthetic, pioneering performers, avant-garde filmmakers, and so on.

This breath of fresh air, so far removed from the more conventional attitudes of canonical informalism of the time, is what the exhibition Liberxina. Pop and New Artistic Behaviours 1966-1971, on show at the National Museum of Art of Catalonia (MNAC), emits. So, the time has come to put in order a period of Catalan art in which, until now, not a lot seemed to be happening, between two other moments that have been the subjects of considerable attention – abstract painting and conceptual art. The proof that the labels used in art today whiff of obsolescence is precisely what this exhibition is, showing the importance of microstories in creative processes, as Imma Prieto, the curator of the show, along with Àlex Mitrani, explains. It is an exhibition which, being medium format, has a seminal function which may provide a root for later exhibitions and trials and which establishes the bases by which the MNAC has to deal with this period as part of the heritage.

Border moments are always interesting, even though they may appear to be confusing. That is the impression this exhibition may give at first, since the title contains a full declaration of intentions. Liberxina 90 (what a great title!) is the name of a film by Carlos Duran and one of the rediscoveries of the show, in which gas distributed by the pipes around the city causes a revolution. A fantastic photograph by Colita from 1970 shows the young director making the V-sign with all the attributes of a reigning film-maker: lengths of film reel around his neck like a choker and a bobbin for a crown. Other very little-known artists in the exhibition leave you with a taste for more, such as Guillem Ramos-Poquí, Josep Iglesias del Marquet, Norman Narotzky and Mari Chordà. 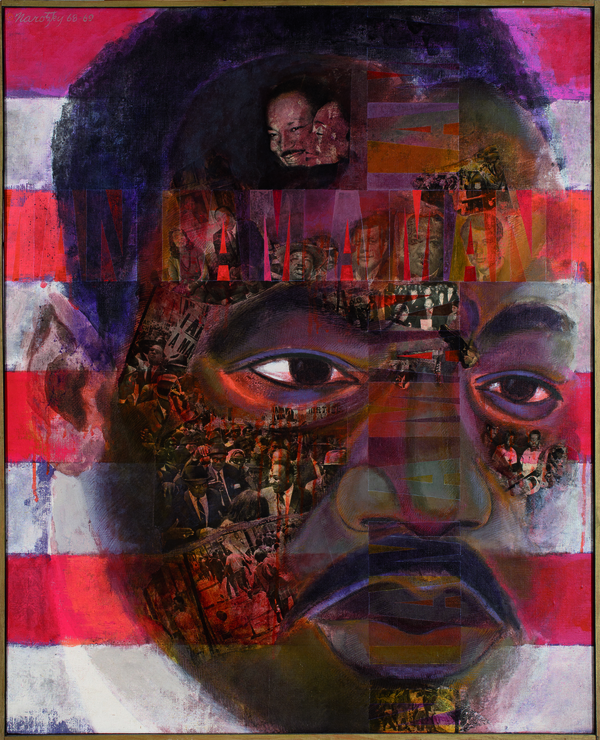 This exhibition also demonstrates how good the early work was of artists that are now a reference for the best art in Catalonia. Some examples are the paper pieces by Llena, Miralda’s photographs of toy soldiers crossing a female body, the torture chair by the artist Amèlia Riera (who has still never received the recognition she deserves), body actions by Muntadas and the incredible fluorescent psychedelic painted works of Albert Porta/ Zush/Evru. The latter were seen for the first time in a black room in Maduixer where the artist had his studio, and in the house from which the work considered to be pioneer in video art in Spain emerged: Primera mort.

This is a dense show which could possibly have done with two or three more rooms to provide greater digestion of the works. A visit to Liberxina makes you reflect on how creativity, in the most repressive and resourceless situations, is the way out of mediocrity and moral misery. It is a good lesson for our current times.