Over the next three months the centre will offer two exhibitions that aim to question the institution, from the angle of “a shared story where the content and the premises, the artist and the visitor are permeable and changing”, in the words of the director Joana Hurtado. 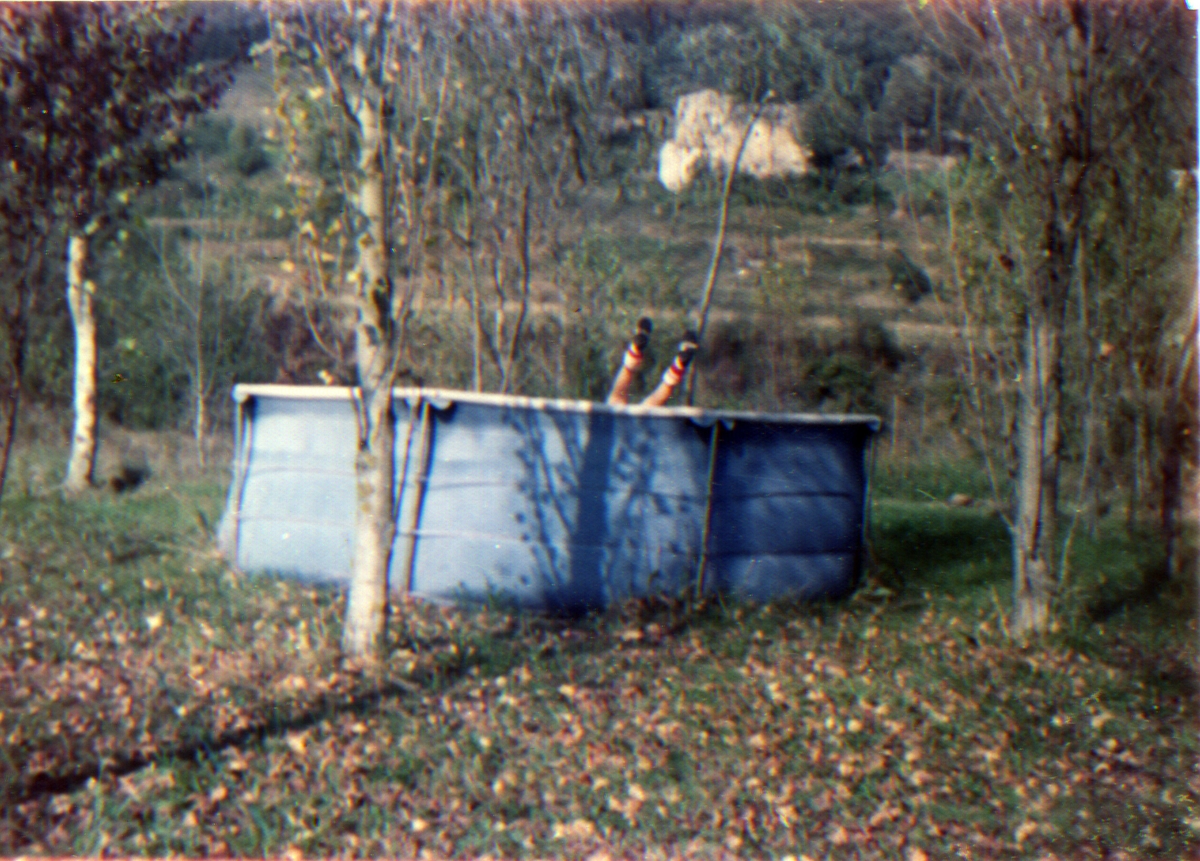 The visual impact of A Straight Exhibition, by Martí Anson (Mataró, 1967) for the Fabra & Coats centre is striking. The first thing that the visitor sees is a room full of wooden strips, thrown around the floor. There are also structures that are apparently unusable, which seem to reproduce two launch pads: one for a ski jump and the other for diving into a small plastic swimming pool (but this is only discovered from the upper floor where the construction continues). 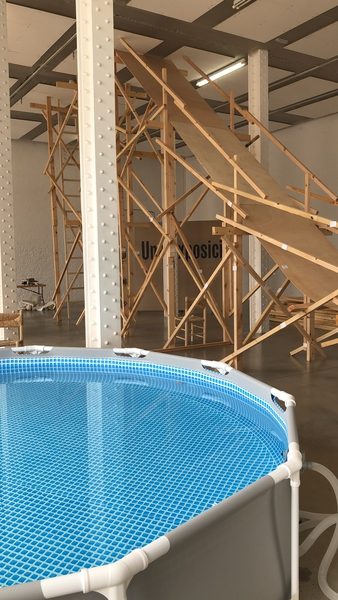 There are no saws or hammers, no nails or glue, but Martí Anson nevertheless invites visitors to approach woodwork, to do what they want or what they can. In the end “you have to respect some, if not all, of the rules of the institution” , he says. The artist himself gives nothing away. There are no posters or instructions. In the words of Anson “Here nobody teaches, everybody does. Action is the only thing that counts”. 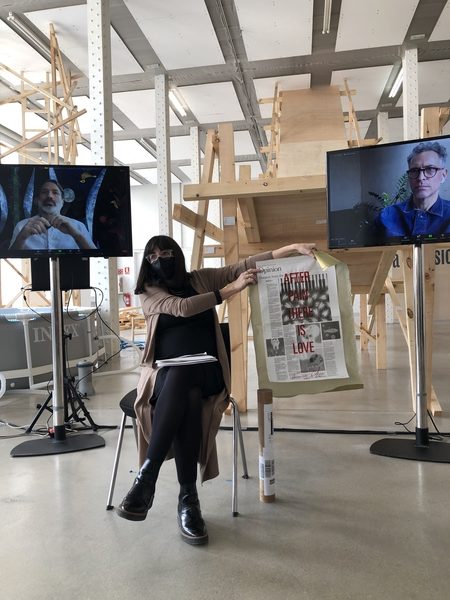 Joana Hurtado, during the video presentation of the exhibition, with the virtual presence of Broomberg & Chanarin. Foto: Roberta Bosco.

“It is a difficult exhibition to explain, but the most important thing is that there is nothing to understand” he goes on to say. His passion for wood, inherited from his carpenter father, is well known. But in this case Anson focuses more on his questioning of the concept of authorship and the relation with the exhibition space, which even in times of Covid keeps its large windows firmly closed. 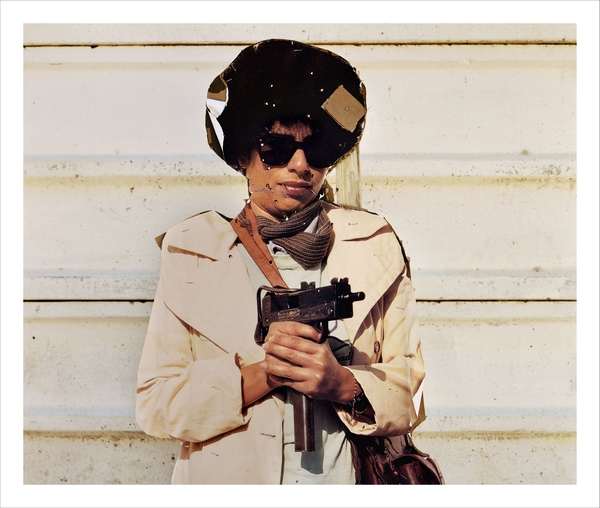 In my opinion the most interesting thing about the project would be to see what happens in the shoe, how the public receives, metabolises and possibly activates the proposal. For that reason, I miss the couple of webcams, permanently online, to be able to see over the next few days what happens in the space. “The question is to make the works available and that means giving the exhibition space a common use. Making art more accessible, free and democratic is not only a matter of unlearning the strategies but learning to play and to collectively invent new ways of using this stagnant space.”, says Hurtado, anticipating Anson’s Tuesday classes in the space and that the space will also be brought to life by the Fine Art students.

Broomberg & Chanarin put an end to their personal and professional relationship.

If Anson’s proposal looks to the future that would seem different and unpredictable, that of Alan Broomberg and Olivier Chanarin is a retrospective look at the work of a couple of artists who have just gone their separate ways.  After 20 years Broomberg & Chanarin have put an end to their personal and professional relationship, while opening up a debate about the control of images and the institution that manages them. 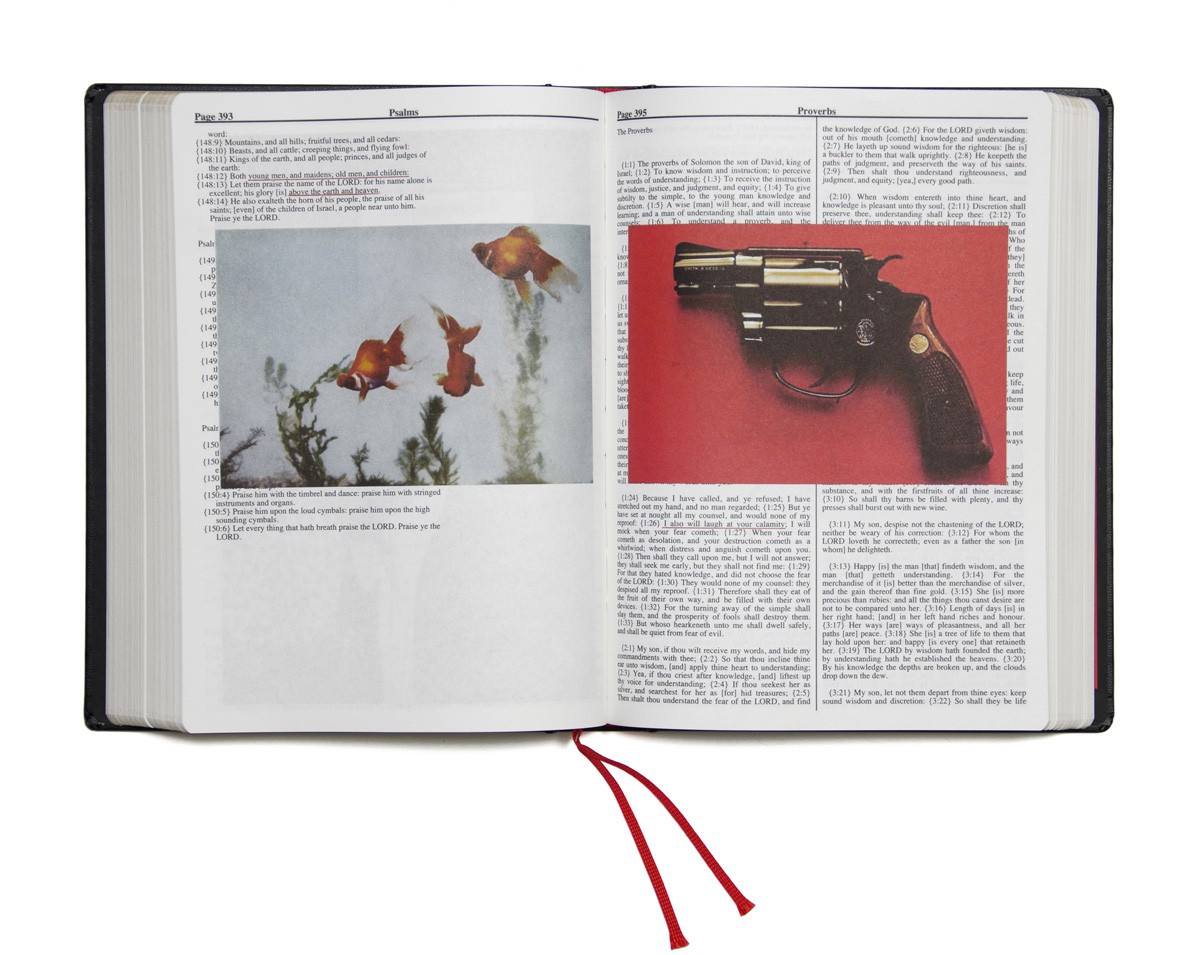 “The disappearance of the author means that the institution and the public appear as guarantors of their survival. The problem of artistic legacy is not limited to legal custody and physical conservation, but also affects the access to and interpretation of its message”, says Hurtado, who proposed they have their first posthumous retrospective in Fabra & Coats. 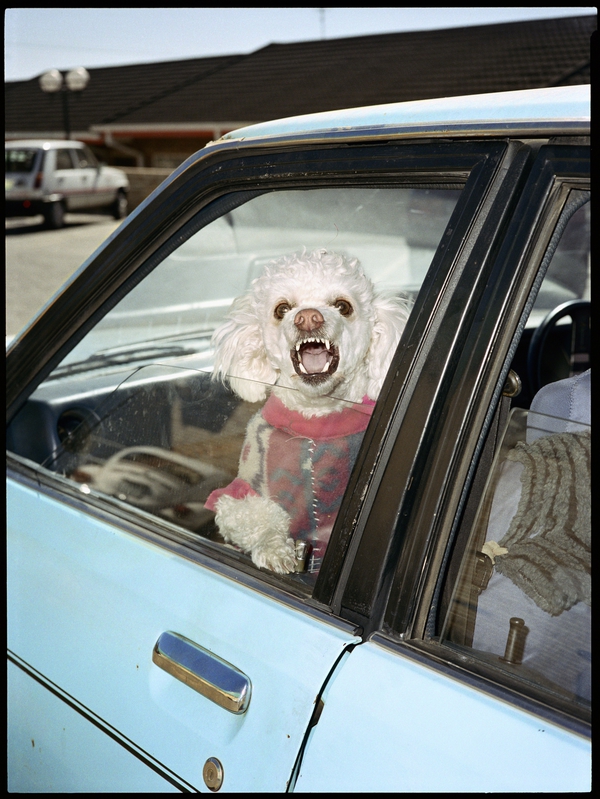 They accepted and so emblematic and unpublished works, documentation, books and all kinds of images arrives in Barcelona in a 13-metre truck. In Fabra & Coats there was an archivist waiting who would unpack and catalogue the content of the dozens of crates of all shapes and sizes before an audience that could ask questions about the work and praxis. 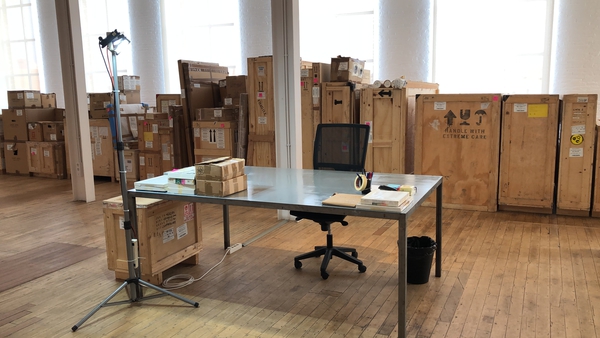 “It’s not a case of looking back to find the meaning of life in the images, or to embalm what is left in an urn, but to look over and follow this exquisite corpse that is their life’s work. That is why we did not want to show it as something closed but open it up layer by layer in coherence with the process of discovery and analysis which is that of the artists, Hurtado concludes. The Late Estate Broomberg & Chanarin kicks off with their own version of the Bible and a series of framed collages accompanies by War Primer 2, an artists’ book that uses a 1955 publication by Bertold Brecht as a support.

A Straight Exhibition, by Martí Anson, and The Late Estate Broomberg & Chamarin, can be visited in Fabra & Coats. Contemporary Art Centre, Barcelona, until 23 May.