In 1957 Jorge Oteiza won first prize for sculpture in the 4th São Paulo Biennale, an award which he shared with the Englishman Ben Nicholson in the painting category. Looking back at it now it doesn’t seem strange that the two artists won the best prize in this prestigious biennale, because their delicate and austere geometry was already evident in those countries both in terms of architecture and art, in the face of the American abstract expressionism and European informalism that was breaking down barriers internationally.

The geometry of the Brazilian movement is the legacy of De Stijl, with Piet Mondrian and Theo van Doesburg, and the later movements of the groups Cercle et Carré and Abstraction-Création, founded in Paris at the beginning of the thirties, or the experiences of some of the members of the Bauhaus movement such as Josep and Anni Albers and Laszlo Moholy-Nagy, and its continuation with figures such as the architect and sculptor Max Bill. But if the geometric non-figuration was often immersed in increasingly theoretical ideas, the neo-concretism offered a more intuitive and sensual interpretation. 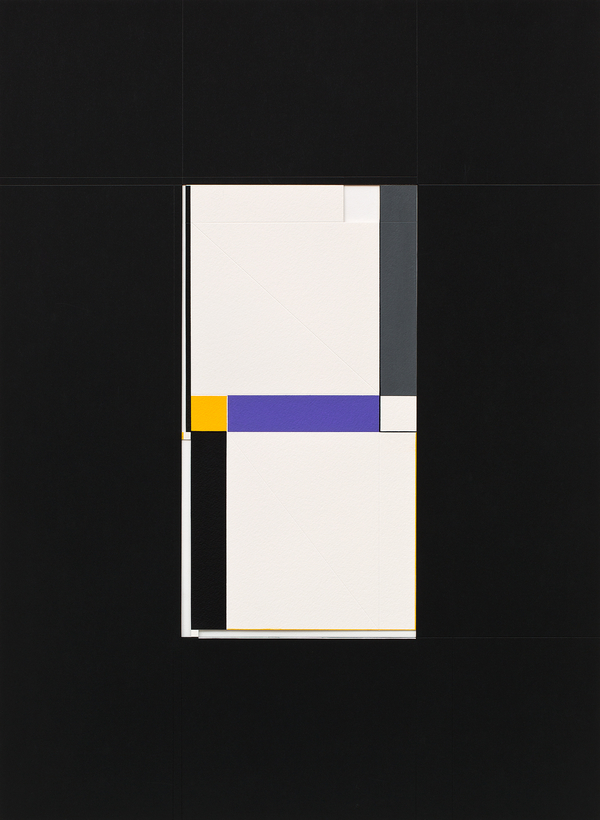 In 1972 José de Souza Oliveira Filho, better known as Macaparana –the village where he was born in 1952– moved to Rio de Janeiro and met Ferreira Gullar, Lygia Clark, Lygia Pape and Amilcar de Castro. Later, having moved to São Paulo in 1983, he met Willys de Castro, who would become a lifelong friend. His closeness to Castro led him to leave behind his surrealist beginnings to place himself in neoconcretism. Ever since then, Macaparana has maintained the spirit of this movement and its antecedents, and also the geometric abstraction of Malevich and of the Russian constructivists from the first avant-garde period, with constant references and homages to them from a very personal viewpoint and an exquisite workmanship. 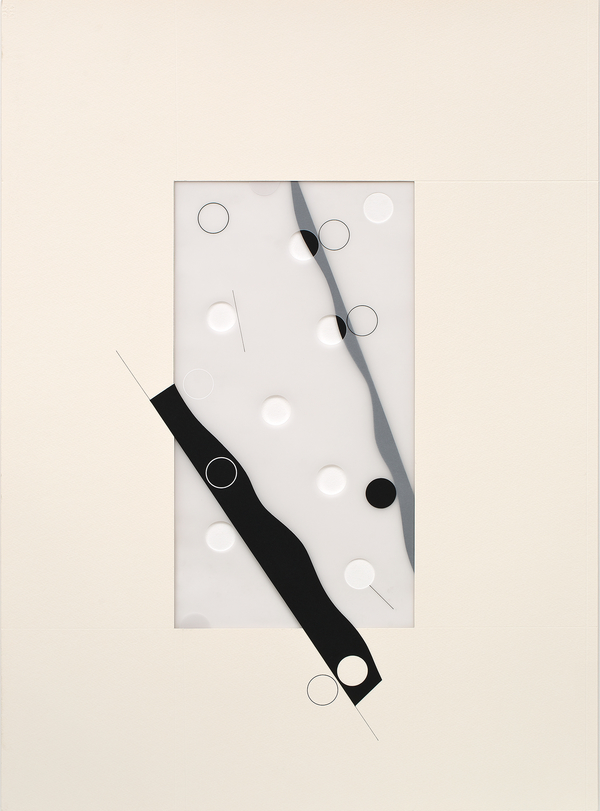 For the first time in Catalonia, Galeria A/34 is showing the work of this Brazilian artist (who regularly exhibits in the Galerie Denise René, in Paris). Macaparana is one of the most important artists in the world to make geometric art and this exhibition in Barcelona, in the perfect space in Carrer Aribau, also includes a series dedicated to Sophie Taeuber-Arp, whose work Macaparana describes as “intelligent, elegant, sophisticated and, at the same time, simple, able to capture play and humour, but with a great formal freedom” And these are the traits that also can be applied to his own production, which is highly subtle, mainly made with cardboard, paper and cards, perforated or  embossed, sometimes with collage, with touches of colour, normally primary to fit in with the neoplastics, and a radical persistence of black and white. A quiet work, almost ethereal, but always intimate and serene.

macaparana–barcelona exhibition can be visited at Galeria A/34 until 26 November 2018.