Since the Barcelona Museum of Contemporary Art (MACBA) finally opened its doors to the public in November 1995, there have been 34 presentations of its collection.

So, anyone who visits the museum regularly could not say that these acquisitions (which now number exactly 5,248) are not more or less well known. However, the critical fortune of the MACBA Collection, which has been expanded from the public collections of the Catalan government (the Generalitat), Barcelona City Council and the MACBA Private Foundation, has also been the victim of the origins of the institution itself.  It might seem that the image of Richard Meier’s white container with just 14 works exhibited during the open doors weekend at the end of April 1995 to present the architecture of the museum has badgered the MACBA ever since. But nothing could be further than the truth.

The four directors of the museum – Miquel Molins, Manuel Borja-Villel, Bartomeu Marí and now, Ferran Barenblit – have always been clear that the collection should be the mainstay of the museum since it has been presented regularly during all of their mandates, even though the criteria and selection have changed over the years. During its first years, starting with the opening presentation, the exhibitions of the collection were chronological, albeit with a particular focus on some more specific aspects. The first show emphasised the 1980s and the second the works of the Dadaists and Surrealists. At the third exhibition in 1997, curated by the person who had been the head of the collection since its beginnings, Antònia Maria Perelló, a more thematic criterion was introduced, reflecting on concepts of existence and death. In the autumn of that same year, there was a return to the chronological approach in a show that occupied the entire museum. With the arrival of the following director Manuel Borja-Villel, the exhibitions continued regularly, with some really ambitious presentations such as that of the autumn of 2002 which also occupied all three floors of the museum.

The same happened again in the summer of 2009, when Bartomeu Marí chose to reflect on the integration of music, dance, film and theatre in contemporary art since the 1960s. Once again, the MACBA Collection occupied the whole of Meier’s building. However, all of these shows only tended to last a few months, as if they were yet another temporary exhibition. 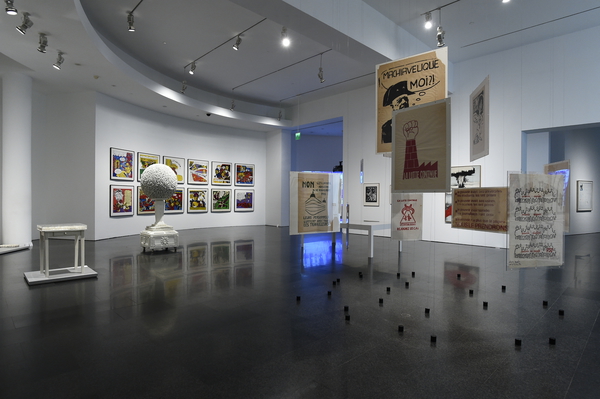 This new presentation of the collection aims to change that and make the word “permanent” a reality. For the first time in the history of the museum the exhibition of the collection, for the moment housed on the first floor, will not be put up and taken out every three, four or six months, but will remain for as long as is necessary. Of course, there will be changes from time to time in the actual works, to progressively present new stories and microstories.

Under the title A Short Century: MACBA Collection, the exhibition includes 194 works and 165 documents, distributed in a clear, linear itinerary for the viewer. The show offers a temporal historic and artistic journey through almost a century, since the iconic year for the city of Barcelona in 1929, when the International Exhibition opened, on the eve of the Second Republic, to the current day. The historical events, exemplified in the chronological story which viewers can read on the walls of the corridors, is a crucial part of the exhibition route, and shows that artists never work outside the context of their own situation and that their work engages with it, either as a reflection, a denouncement or direct action. Art is a product of its time. This connection, which is very well explained at the beginning of the route, is possibly the greatest virtue of the exhibition.

With generous spaces between the work which helps contemplate them as objects in themselves, the exhibition goes through eleven significant moments of this short century, with more or less one per room. The moment of the Civil War is exemplary, with references to the art of the Republican Pavilion at the International Exhibition of Paris in 1937, with whole walls covered in some of the most important posters of the Republican government and projections of films made by the Union for Public Performances of the anarcho-syndicalist CNT. The next room, which represents the art of the 1950s is aesthetically very pleasing, with the fantastic ceramics of Antoni Cumella (quite a surprise in a museum like the MACBA), and works by Tàpies, Dubuffet, Gego and Palazuelo. However, it is maybe the least successful conceptually because it gives the idea that all that wealth of the new artistic movements came from nowhere. For example, where is Dau al Set to show the links with art from before the war? This moment in Catalan art will probably be included in future partial exhibitions. 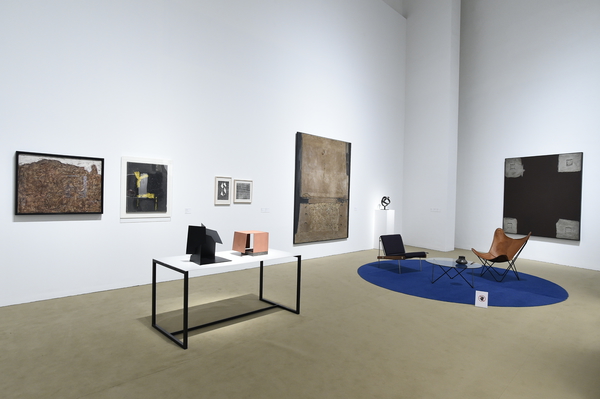 There are similar gaps in the next rooms, so visitors should not expect any kind of artistic canon in this presentation, which is made up more of specific moments and themes. One example is the selection of the subject of property and architectural speculation from the 1960s in the second room with works of direct action by Hans Haacke and Gordon Matta-Clark; or the focus on such specific aspects as the maritime economy in the last room of the exhibition and the Hydra Decapita installation by The Otholith Group in the Torre room, at the end of the route.

Despite the fact that the exhibition never offers the museums master works, it does offer pieces of great visual impact which interact more with the viewer’s experience. This is the case of the works of Miralda, the expansive presentation of Juan Muñoz’s installations, The Nature of Visual Illusion (1994-1997), and the emotional Reserve of the Dead Swiss (1991), by Christian Boltanski, which has been unexhibited for too long. And now that the paintings and the character of Jean-Michel Basquiat are “de rigeur” it could be interesting for the public to know that the museum holds pieces by him, including some of the greats like his self-portrait. The museum has many more works in its vaults which could be used to build its image for the public, without having to lower the intellectual or documentary level of the things it wants to talk about. The hybrid between the visual object and works which invite the participation of the viewer, and the more documentary elements provide be the formula, now that the collection has a fixed space, to help consolidate the image of the museum.

Despite the acceptable quality of the way in which the exhibition has been set up, it leaves a certain feeling of coitus interruptus when you reach the end of the first-floor corridor. It has never been so evident as in this 34th presentation of the MACBA Collection that the museum needs more space. Was this a deliberate move by the directors of the museum now that any future expansion to neighbouring buildings such as the ‘Convent de la Misericòrdia’ seems uncertain? I do not have the answer, but in any case, the evidence of this need marks and will continue to mark all future shows of the MACBA Collection where there is a chronological and historicist intention.