Manresa 2022: Baroque is the future

The website of the Manresa County Museum warns: “The museum has embarked on a major refurbishment project and as a result we have had to close most of our exhibition rooms”.

Currently, the warning continues, there are just two exhibitions that can be visited: Paintings by Antoni Viladomat i Manalt (Barcelona, 1678-1755) and the Little Museum exhibition with a small collection of pieces from our collection. 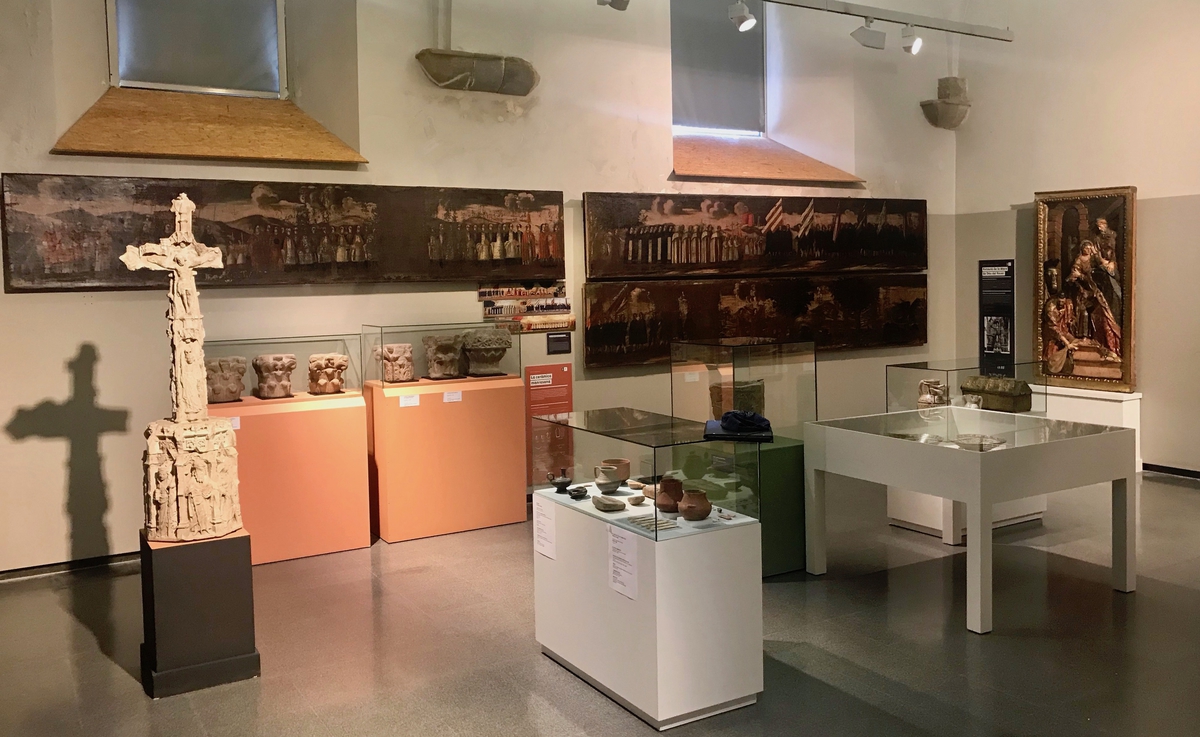 View of the exhibition “Little Museum”.

But if you still want to see the museum’s treasures, click on the red “Enter” button and you can experience, in all its encouraging virtual presentation, the past, present and future of a space which brings together archaeology, history, memory and art – lots of art.

The museum’s director, Francesc Vilà, explains that the current museum building, the monumental thirteenth century College of Saint Ignatius, built by Jesuit monks, is being transformed to meet the requirements of the twenty-first century, taking advantage of the 500th anniversary of the conversion of the founder of the Company of Jesus at the Cave of Saint Ignatius in Manresa.

It may sound strange but Ignatius of Loiola was one of the heralds of the Counter-Reformation: a doctrinal, mental and spiritual reform in the Catholic church which forms the basis for Baroque art and even the modern concept of propaganda.

Vilà wants to take advantage of this refurbishment to expand the exhibition space of the museum to 1900 square metres  and reorganise the content. The first floor will be entirely given over to the baroque – a style which has been erroneously identified in Catalonia with a period of economic, social and artistic decadence. The rest of the space will be dedicated to the region: archaeology, medieval art, the nineteenth and the twentieth centuries. I would say this is one of the most ambitious refurbishments carried out in a Catalan museum since 2008.

If you still want to visit the two small exhibitions that are currently open in the museum, your journey will not be in vain. On the ground floor there is a room of around forty square metres with a selection of the contained that is currently held at the museum. From a tenth century lipsanotheca, or small reliquary, from the church of Santa Maria de Lillet to a wayside cross from Crulla (14-15 century) and an original plan of the Cave of San Ignacio (1731) showing what the cave looked like in the eighteenth century.

But maybe the most typical pieces of the museum collection are a high altarpiece relief of the Rosary (1642-1646), from the old church of Saint Peter the Martyr – a paradigmatic work by one of the main Baroque sculptors from Manresa, Joan Grau. There is also a vitrine with decorated medieval ceramics from the fourteenth century. Chronologically this is the first known luxury Catalan tableware and it was discovered during the demolition of the Church of Carme during the Spanish Civil War. Finally, there is a large painting by Antoni Viladomat, The Assumption of Mary with all the Saints (c. 1728-1750).

One the first floor there are fourteen more paintings by Viladomat, most of them deposited on loan from the MNAC, and an Apparition of Christ to Saint Ignatius in Rome (c. 1700-1755) in both rough and final versions, on loan from the Sant Jordi Academy of Fine Art. This is the space where you can see most work by Viladomat who gained his greatest recognition during the War of the Spanish Succession. For example, there are three works from the “Four Seasons” series: Spring, Autumn and Winter (c. 1730-1735). Viladomat covered all kinds of subject matter: religious compositions, portraits, still life and genre scenes. 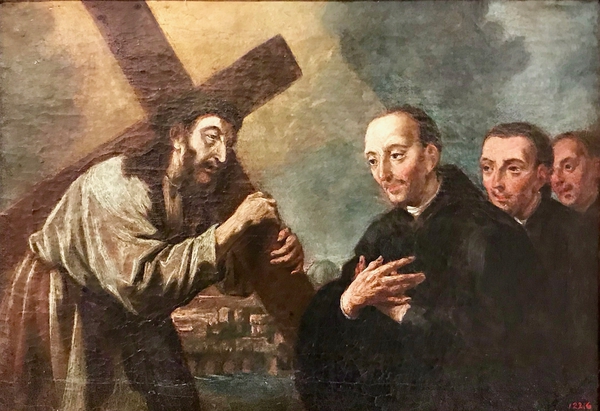 The renewed Manresa County Museum aims to be the most important museum for Baroque art in Catalonia. In the seventeenth century the city of Manresa experienced a population boom. Also, there were so many religious order that the demand for art grew exponentially to make Manresa one of the most outstanding centres for the production of Baroque sculpture. Dynasties such as the Grau family (Joan and Francesc), the Sunyers (Pau and Josep), Josep Generes, Jaume Padró, Jacint Miquel i Sors mean that today we can talk about a Golden Age (1630-1730) of art produced in Manresa.

As well as the Baroque, we should also remember the twentieth century when Manresa was home to interesting names such as painter Alfred Figueres, scenographer Josep Mestres Cabanes (soon we will be able to see his sets for Aida at the Liceu Opera House) and the painter, restorer and art dealer Josep Dalmau, who introduced styles such as French Cubism (1912) to his Barcelona gallery, as well as supporting artists like  Joan Miró (1918) and Salvador Dalí (1925).

While 2022 seems like a long way off,  we can always get a taste of the aperitif at the two rooms that remain open at the Manresa County Museum. The time will fly by.