Miralda unfurls his Lay Lamb of God again at the MNAC

In 1989 a huge turqouise, pink and silver seven-eyed sheep was paraded around the Fifth Avenue in New York. It was a tapestry carried by ninety people in a way which was as ingenious as it was simple: the tapestry had ninety holes through which its carriers could pop their heads.

The walked along covered by this apocalyptic figure, the sheep or lamb, which the Christian tradition uses to symbolise the sacrifice of Christ for humanity. This group action has left some unique images. Ninety-one heads, counting that of the animal, all walking at the same pace through the streets of the Big Apple.

The action was the work of Miralda, the artist from Terrassa who arrived in New York in 1971 to invent for himself a new form of artistic performance that would merge group rituals, fiesta and the universal symbolism of food. Among several other participative actions orchestrated by this particular M.C. one of the projects that had most international resonance was his Honeymoon Project, which celebrated an imaginary and symbolic wedding between the Columbus statue in Barcelona and New York’s Miss Liberty.

As part of the Honeymoon Project, from 1986 to 1992, Miralda managed to involve numerous groups from cities around the world such as Venice, Paris, Tokyo, New York, Las Vegas and Barcelona, among others, in a series of over forty actions based on different moments in the marriage ritual. The proposal, the rings, the clothes, the ceremony… and the bedspread. Lamb of the Apocalypse is the bedspread or counterpane designed by the artist for his monumental wedding. 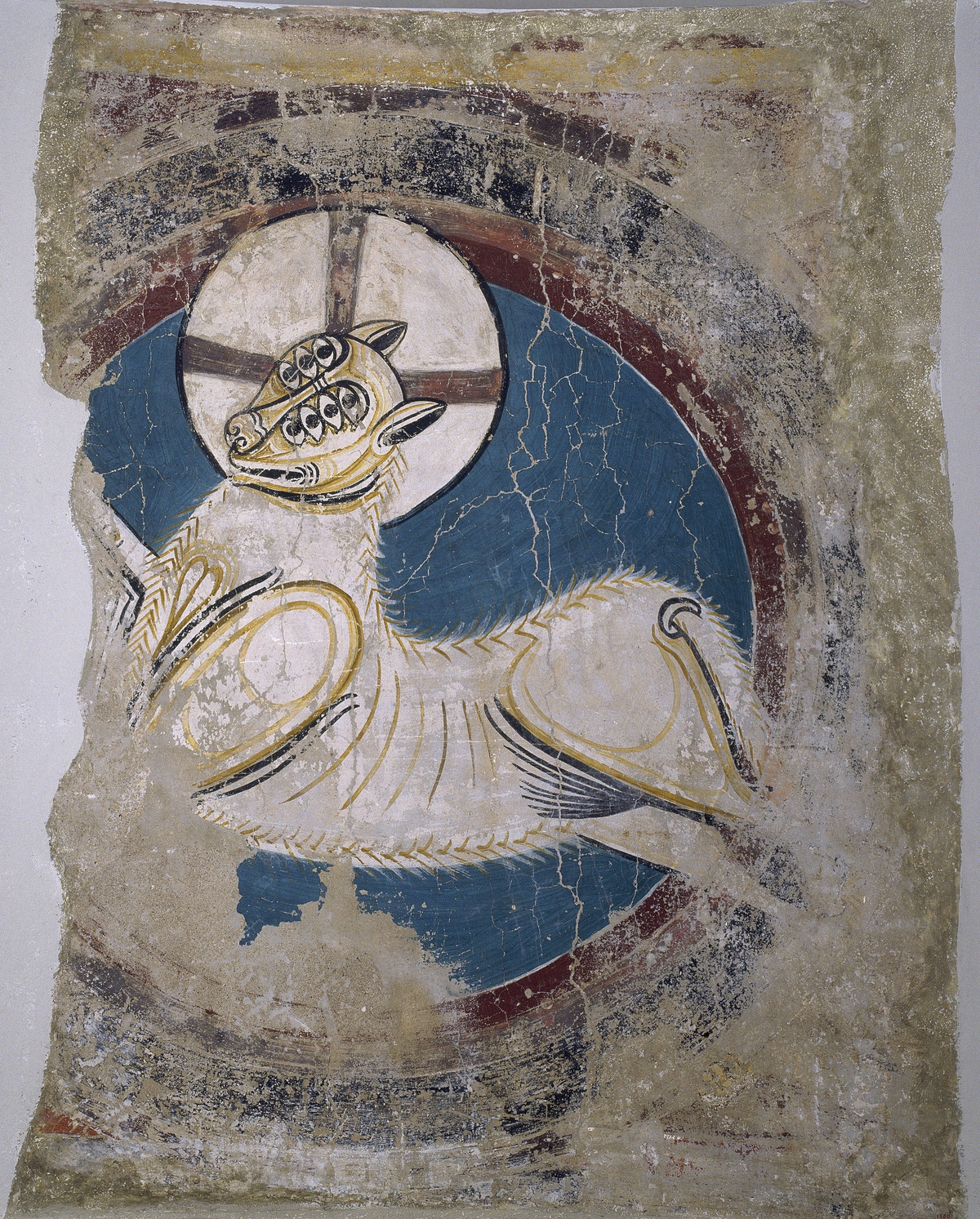 The cloth is 18, long and 15 wide and reproduces the sheep from the mural paintings of the apse of St. Climent de Taüll, with its seven eyes and all its symbolic weight. Like the master of Taüll, Miralda is also fascinated by the number seven, and so when he was planning the bedspread for this imaginary wedding he chose the figure of Taüll. If the tapestry-bedspread was circulating around the streets of New York in 1989, in 1995 it was doing the same in Barcelona. That was when it was exhibited for the first time in the National Art Museum of Catalonia, whose extraordinary Romanesque art collection includes the mural paintings of Taüll, with the lamb of the apocalypse and its multiple gaze. The installation formed part of the exhibition entitled Agnus dei. Romanesque art and twentieth century artists, which marked the opening of the Romanesque rooms. As a result of that exhibition Miralda’s lamb became part of the museum collection.

A happening planned as a pagan celebration.

Almost twenty-five years later, Miralda is installing his giant bedspread once again in the Oval Room of the museum. This time there is a performance included in the installation, which can be visited for four days (only four!) from 4 to 7 April. In fact, the work will be unfurled in a public ceremony – a happening planned as a pagan celebration. With the idea that Miralda should also reach the younger generations, his Lamb of the Apocalypse will be exhibited together with some of his working drawings and audiovisual material. In parallel to the exhibition there will also be a whole series of other events.

Who knows whether, in line with the wishes of the artist, the tapestry will be unfurled every year in a new lay ceremony which will activate the ritornello of the Sunday service which has resided in some part of our brain ever since we were children and goes: Lamb of God who takes away the sin of the world, give us peace. For four days Miralda’s “peccata mundi” will be once again at the MNAC.