The Modern Art Museum of Tarragona: a hundred years with Julio Antonio

Antonio Rodríguez Hernández (Móra d’Ebre, 1889-Madrid, 1919), artistically known as Julio Antonio, is one of the most interesting Catalan sculptors of the turn of the twentieth century.

And we are lucky to be able to do so at the Modern Art Museum of Tarragona (MAMT), where a large part of the legacy from his brief but prolific career from 1908-1919 is held. 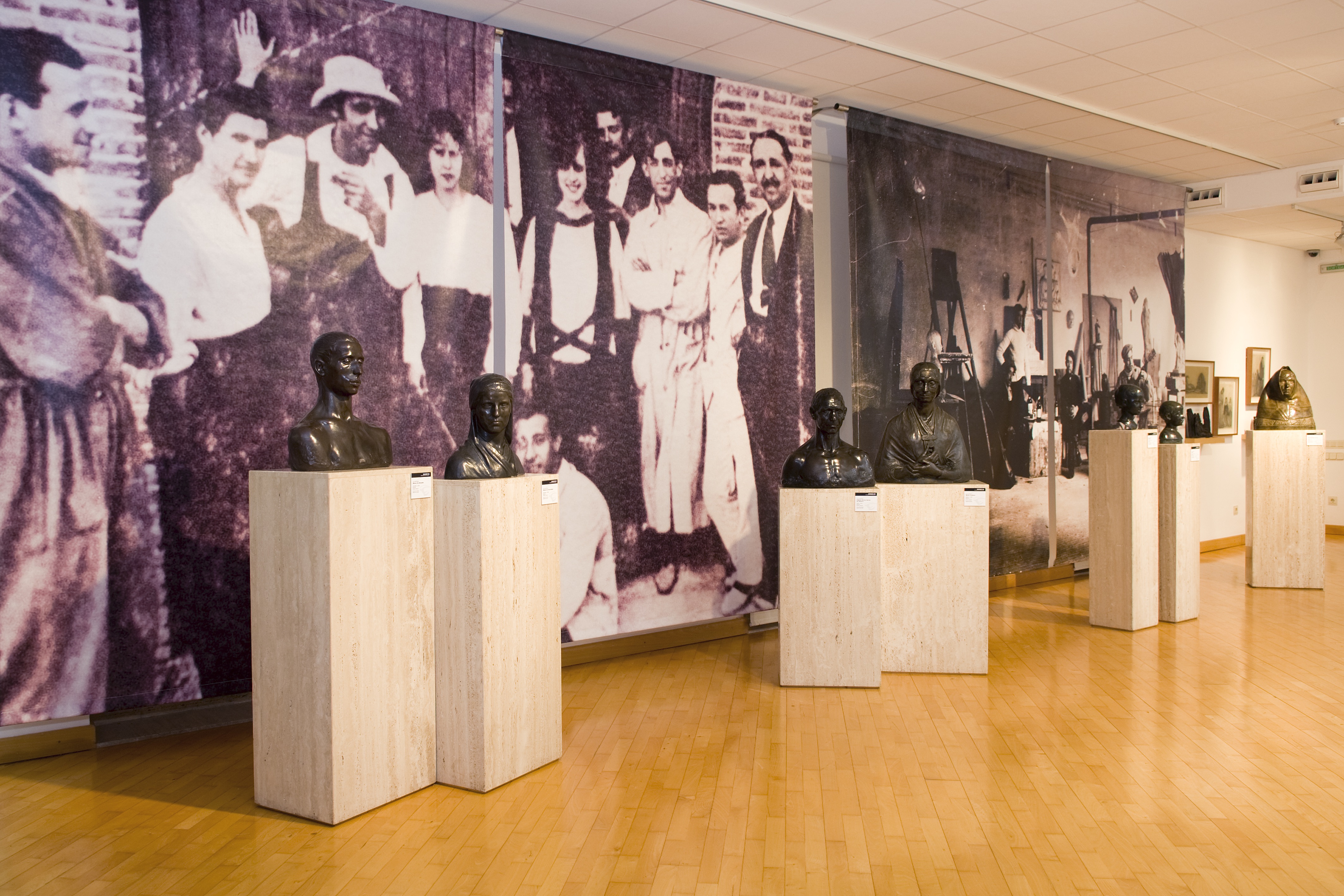 Julio Antonio at the MAMT.

However, if you look for the name of Julio Antonio in the art textbooks, you will find it only in passing. The last stage of his training was in Madrid, beside the Olot-born artists Miquel Blay. He sculpted and made works in iron in Madrid and even his Catalan artist friends like Miquel Viladrich and Lluís Bagaria, were resident in Madrid. His work was inspired by Rodin, Donatello and Michelangelo and while it could not be labelled as noucentista, neither does it fit into any particular avant-garde style. We can define his style as realist and, at the same time, platonic. 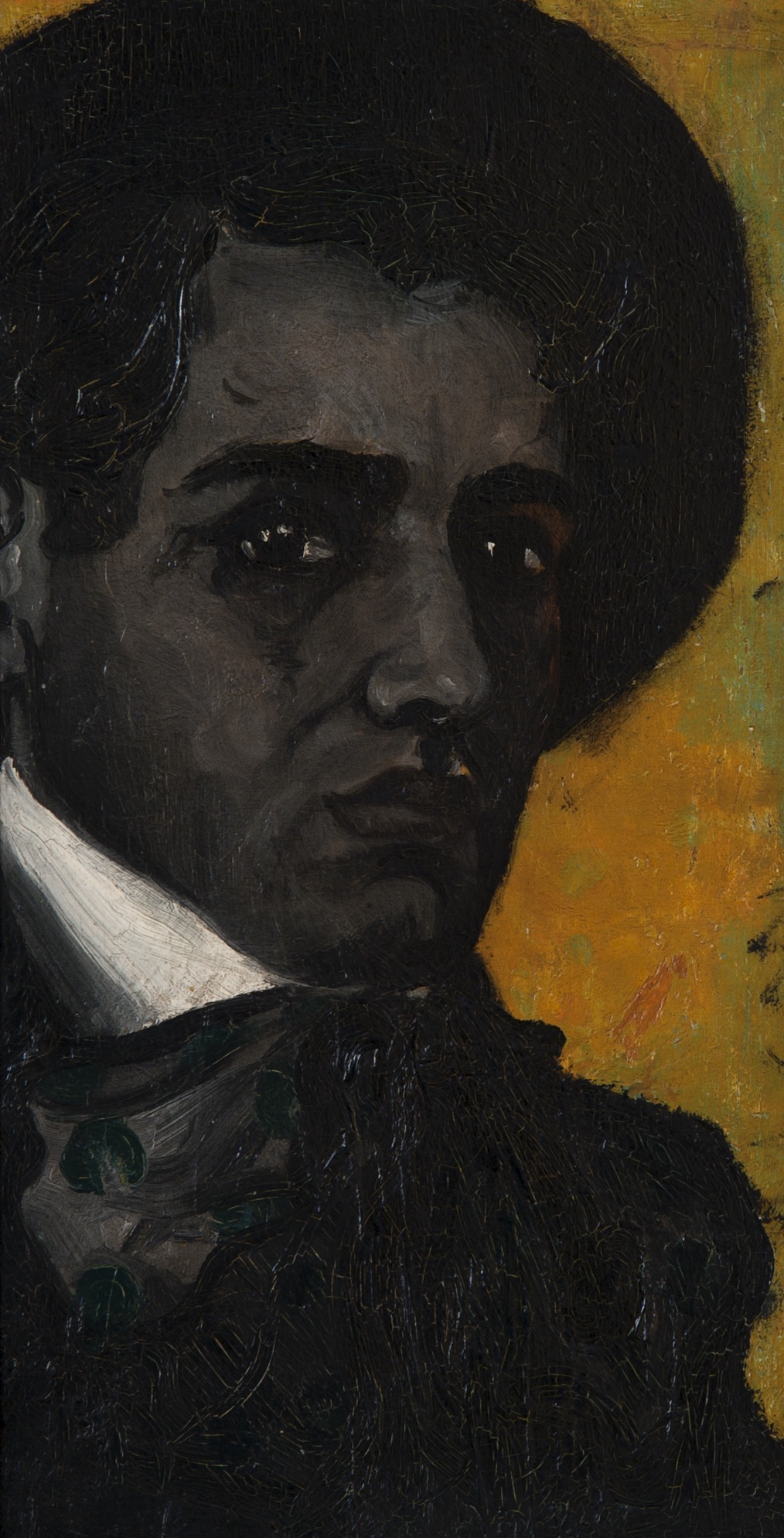 Julio Antonio’s work and memory were the victims of a society in shock from the disaster of ’98, unable either to react or regenerate itself. In the magazine La Campana de Gràcia on 22 February 1919, Aragonese anarchist Àngel Samblancat wrote about the death of the sculptor: “If he has died, then let them bury him, they will say on these planets […] So Julio Antonio was a genius? So what? The geniuses are all getting booted out. […] And not to mention the criminal press that silenced their work, and that Tarragona, which probably even ignored the fact that the sculptor with the Roman name was even from there. Nothing. But don’t complain. Spain is like that. […] The men are great, the great values of the race, dead from TB at the age of twenty-nine, in a rented hospital bed, with their head on the fleshless and spiritless breast of the old mother. Rage, you dogs! Oh! That Spain should have a head so it could be cut off”. 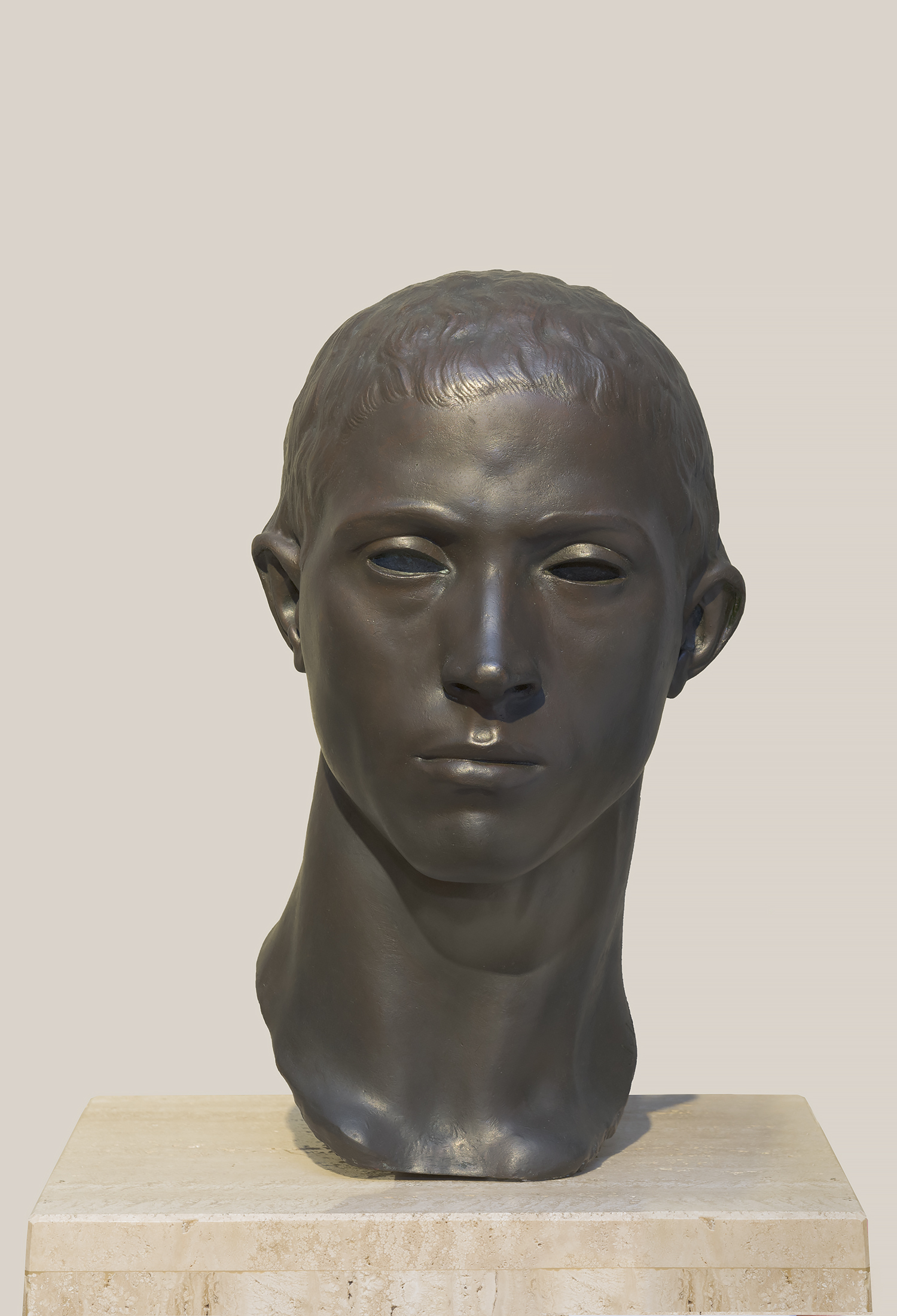 Julio Antonio experienced a relative process of oblivion until 1962 when his sisters offered the all the work held by the family to the Diputació de Tarragona. The sculptor had been able to develop his career thanks to different grants from the institution: one to study in Madrid in 1907 and a travel grant of 1,000 pesetas to go to Italy in 1909.

It was precisely on his return from Italy that Julio Antonio settled in the Almadén area of Ciudad Real where he began work on the “Busts of the race”. At that time references to race did not have the same tragic sense that they would acquire under fascism. It was a series of popular portraits from that mining region, Simple people who it is said inherited an eternal dignity. 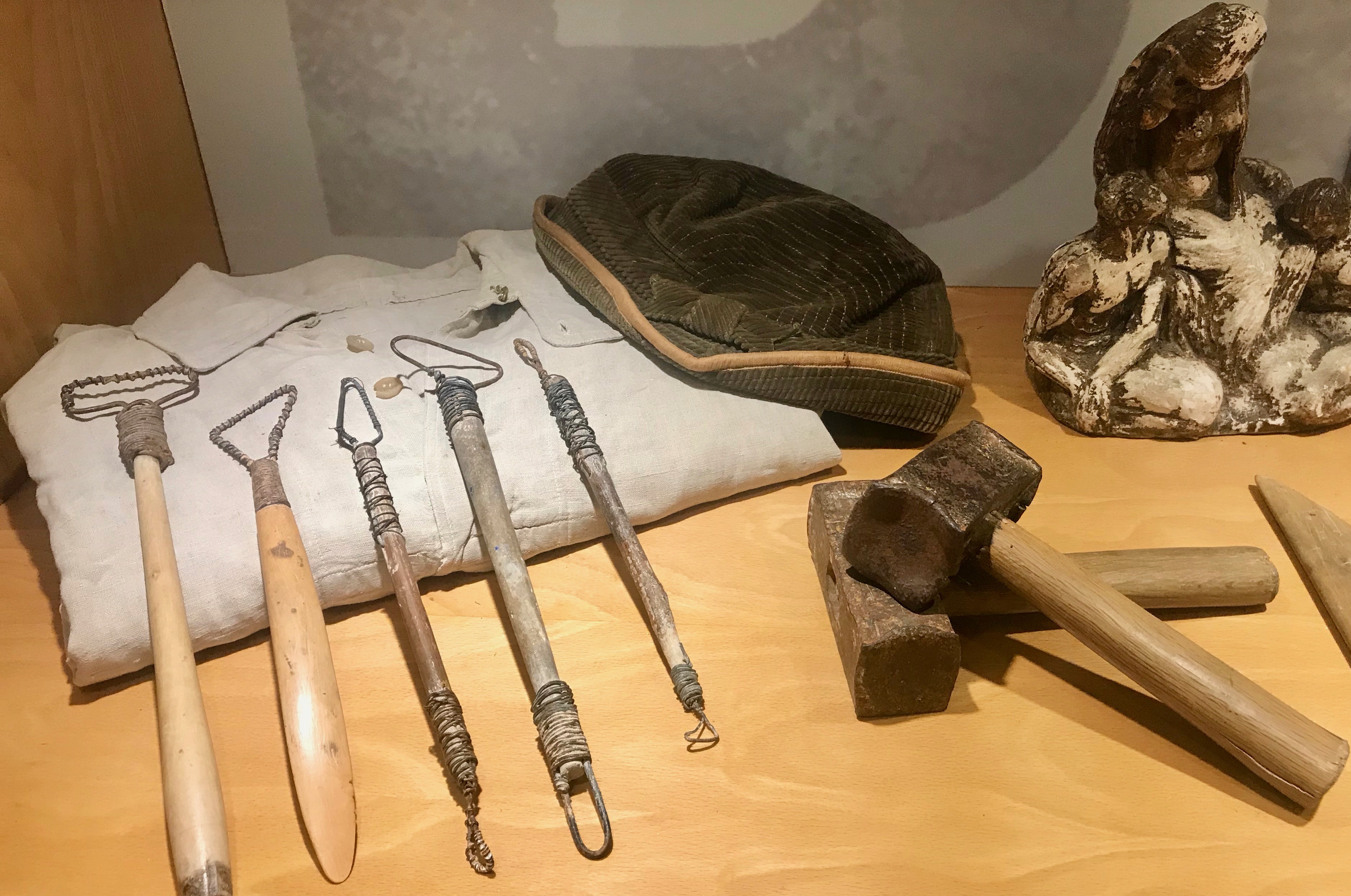 On the occasion of 50th anniversary of the artist’s death, in 1969 the art historian Rafael Santos Torroella curated the first anthological exhibition of Julio Antonio’s work, which travelled to Madrid, Tarragona and Móra d’Ebre, with a catalogue containing the first documented chronology. 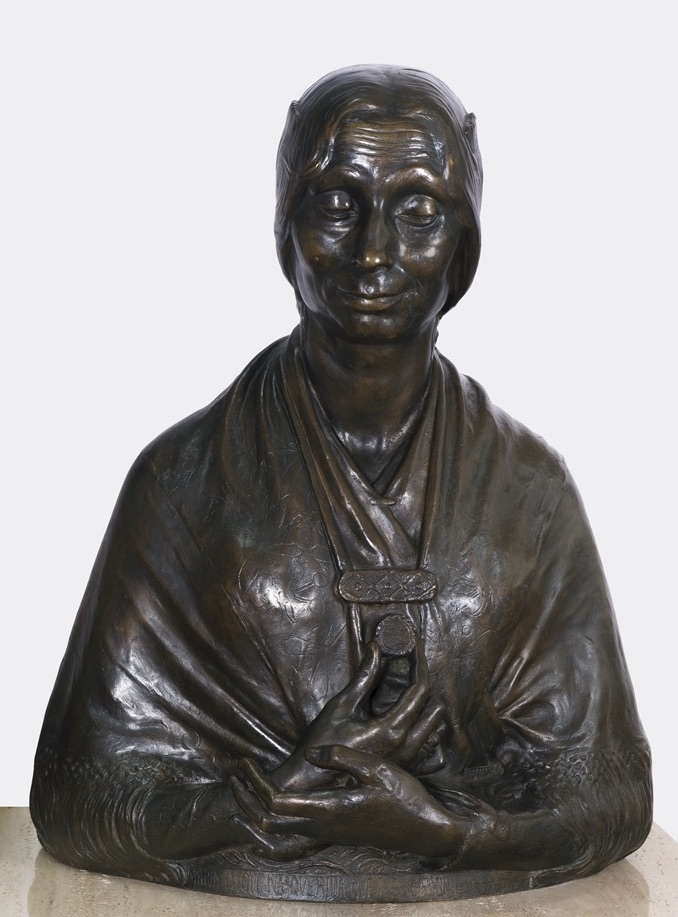 The Diputació de Tarragona, aware that the work of Julio Antonio needed a permanent exhibition space, and that they should also be acquiring and preserving the works of other Tarragona artists, in 1976 created the Modern Art Museum of Tarragona (MAMT) in the eighteenth-century Casa Martí. Julio Antonio is, rightfully, the most represented artists there. 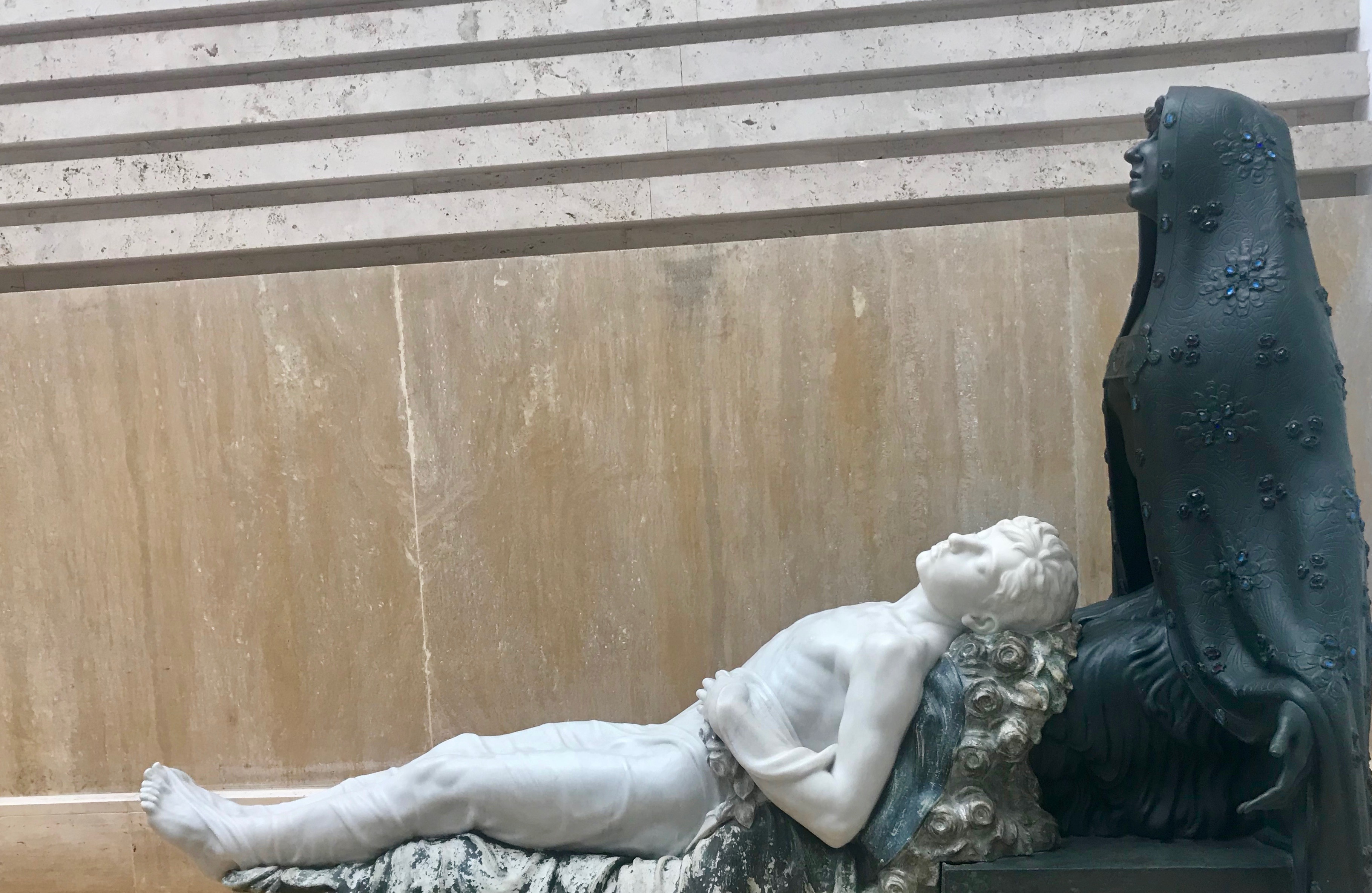 The visit to the MAMT begins at the foot of the stairs with the Lemonier Mausoleum (1916-1919), which was Julio Antonio’s last commission. It is a pietà for the death of an eleven years old child and was admired by the whole of Madrid. On the first floor there are the busts from Almadén along with other portraits of the anonymous, humble people of the Castella cast in bronze and clearly influenced by the Florentine sculpture of the 1400s. 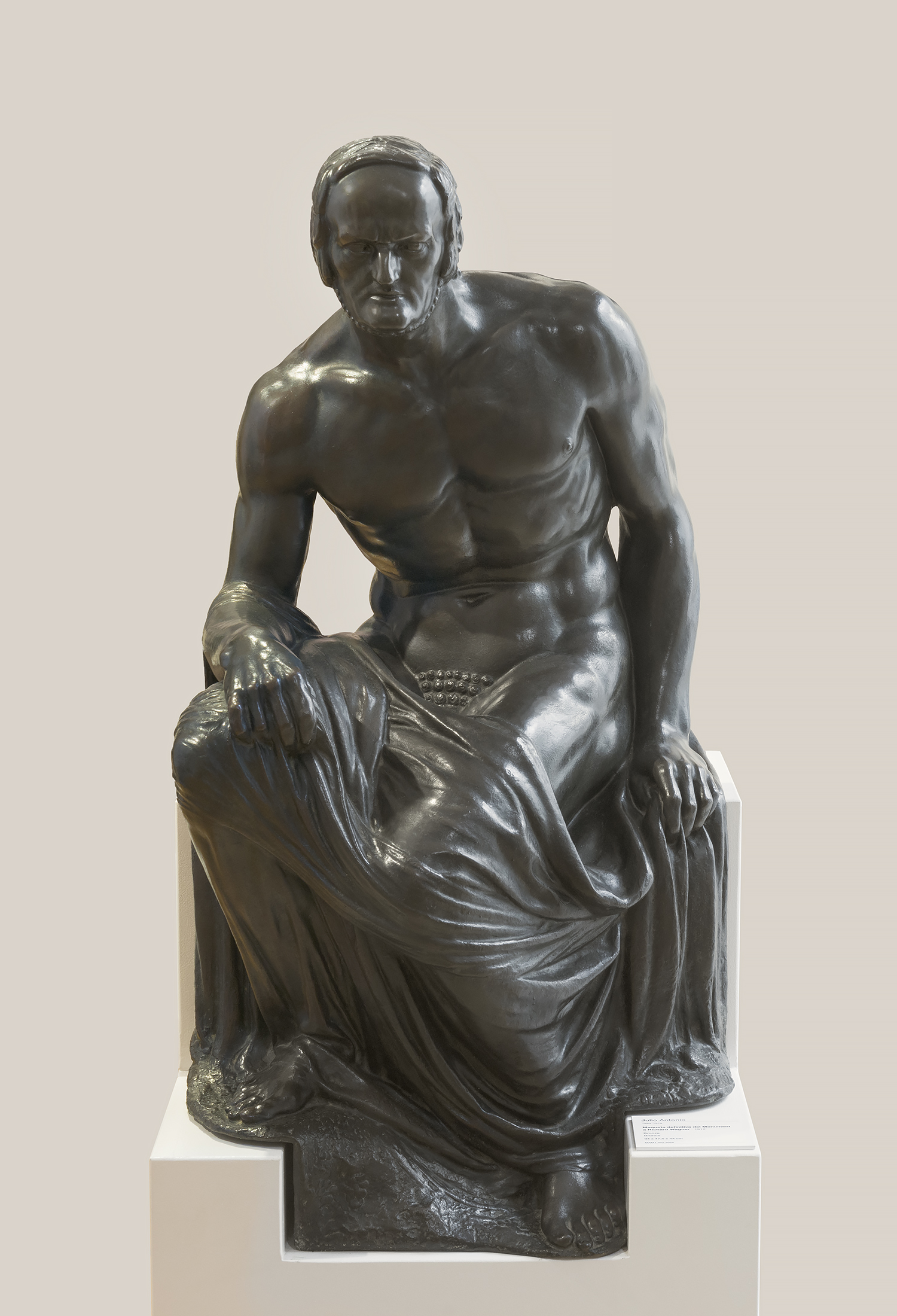 The visit brings together a series of allegorical monument projects: to the Americas; to the “Spiritual Light”, and also monuments dedicated to cultural figures, such as the engineer, architect and archaeologist Eduardo Saavedra from Tarragona, and the composers Enric Granados and Richard Wagner. This last project was never finished because of the outbreak of the First World War, which divided music-lovers in to the French and German camps.  The tour is designed to be educational: at all points there are descriptions and images on the wall or in leaflets which provide the context to be able to understand the pieces better. Also, as in the case of the Wagner monument there are descriptions for the visitor of the sculptural techniques used, such as bronze casting and the lost wax process.

The people of Tarragona were outraged and protested.

The permanent collection dedicated to Julio Antonio was the culmination of a set of pieces made on the theme of the Monument of the Heroes of 1811 – an episode in the siege of Tarragona during the Napoleonic Wars.

Julio Antonio won the competition organised by Tarragona City Council in 1909. He wanted to avoid the typical design based on cannons, rifles, swords and “unbelievable figures and incredibly bad taste…as a sculptor I have felt and still feel I need to give the sensation of heroism through the most beautiful and harmonious nude that my intelligence and my energy can manage”. 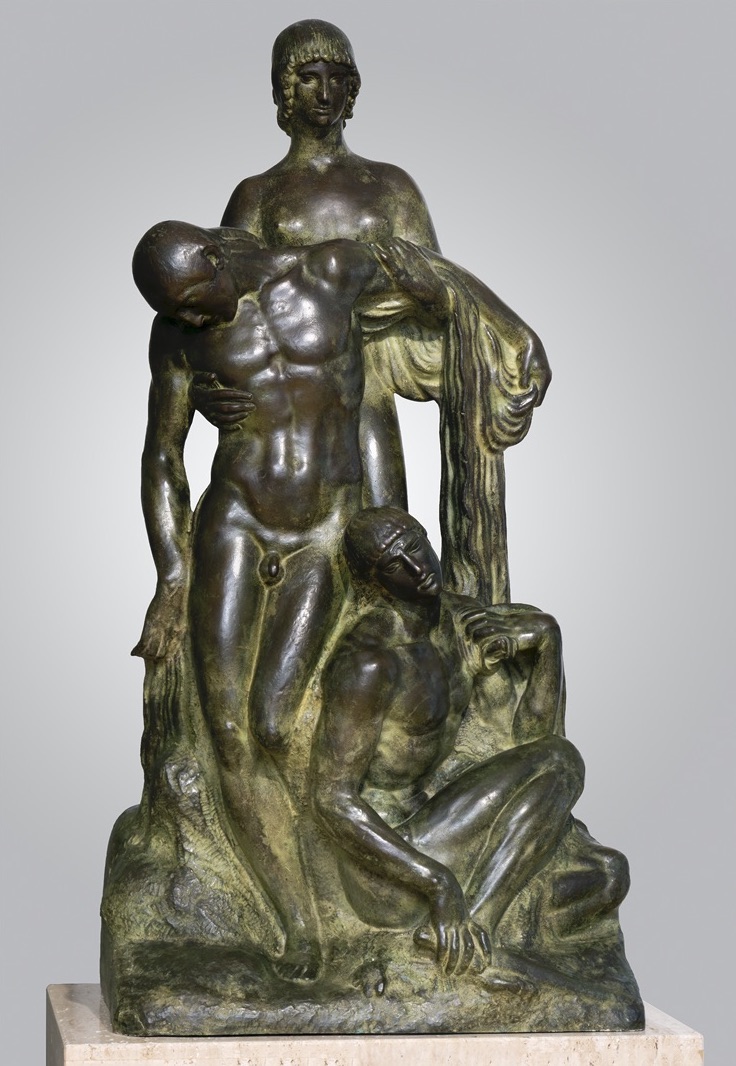 Julio Antonio, Monument to the heroes of Tarragona, 1916. MAMT.

Problems in obtaining bronze meant that Julio Antonio never saw his work completed. It was cast in Madrid by one of the sculptor’s pupils: Enrique Lorenzo Salazar. When the people of Tarragona discovered the sex of the main hero and, bearing in mind that the work was to be placed right in the middle of the Rambla, they were outraged and protested. The monumental work did not occupy the place assigned to it until the Republic in 1931.

Julio Antonio had been inspired by the works of Michelangelo that he had seen in Italy during his visit in 1909, such as the Palestrina Pietà and the Dying Slave. Some of the people of Tarragona, however, ignorant of the history of art would sign ironically about the monument and their mayor, Andrés Segura:

Gave the Mayor a compliment

And said to Senyor Segura

Cover up the monument.”

The monument remains in the Rambla in Tarragona. If you want to visit the work of Julio Antonio at the MAMT, you can go and see it on the way out. That would be an act of justice.