There are some museums that break their butts designing strategies to get people to become involved. And then there are museums, the one in La Garrotxa, who take the bull by the horns and just go for it.

This is basically the case in the exhibition Jo l’exposo! – I exhibit! The cultural manager Marta Aumatell visited the neighbours of the Olot Hospice building , where the museum is, and invited them to take part in a completely original project. She chose people of all walk of life with different ages, education, sex, origin and social standing. From a seven year old pupil to a waiter of …(the ages of the adults do not appear, who knows why), to a nurse, a shop assistant, a council worker, and so on up to sixteen individuals. 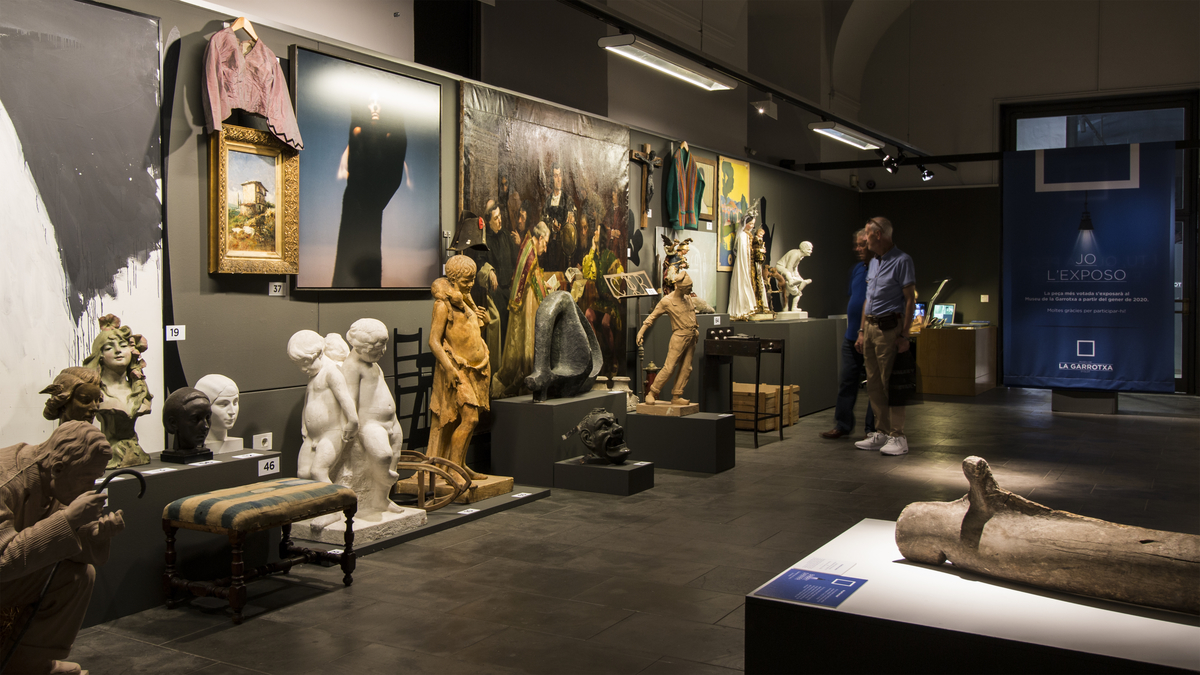 View of the exhibition Jo l’exposo!

These are people who have barely visited a museum if at all, and who have agreed to go to the archive and examine the six thousands works that it contains – and to choose just one. The criteria? Complete freedom. Most opted for works about which they had been “told” things, and which they had been drawn to without the need for intermediaries. Maybe the jawbone of a whale, or a sculpture by Miquel Blay, or a Samurai warrior outfit. It didn’t matter.

These sixteen pieces have been exhibited with three labels: the museum info, who chose it and why, and a number. 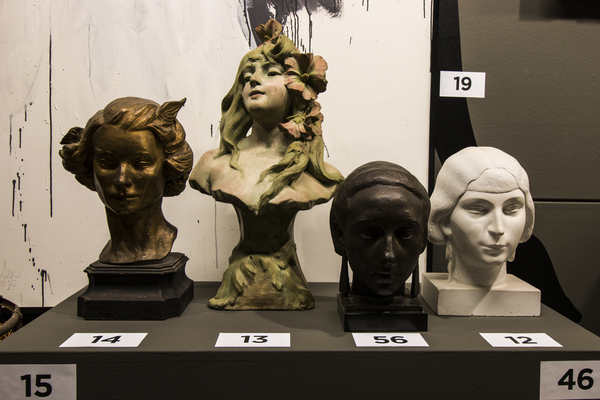 The pieces chosen by the neighbours can be seen on the left of the Open Hall (Sala Oberta). And on the right there are another eighty pieces chosen by the museum experts and curators, accompanied only by a number. There is a notebook available to the public which contains the technical information about the works. The overall effect of this is that of a warehouse, a box room or a cabinet of curiosities. There are sculptures, dioramas, clay models, standards, carriages, smoking papers, oil paintings, posters, saints (obviously), clothing, furniture, and redundant machines. 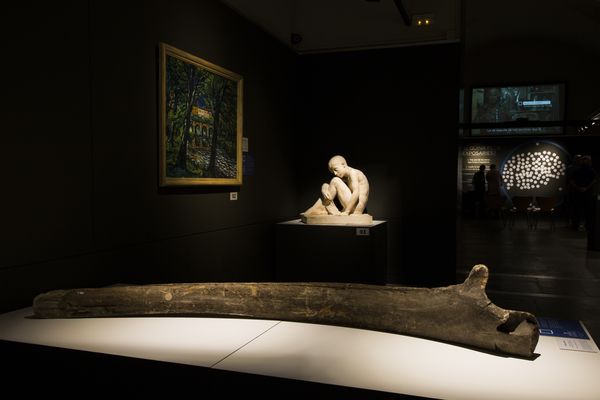 And at the back of the hall there is a large white circle where the visitors can stick a sticker with the number of their favourite work, after having admired the anarchic display. Populism? No…more likely emotional involvement.

The work with the most votes will be exhibited in the permanent collection space. But that is by the by. What the Museum of La Garrotxa has managed to do is to draw people to the museum to discover the works of art and objects and to connect with them without previous opinions.

The great mistake of art viewers (because the viewers also have their errors) is often to state things like “I don’t understand it , so I can’t have an opinion”. But when they go out for lunch if they do not like what they are eating they complain. Do they understand that…an omelette or a salad?

Bakari Diawara, who works in the Ca l’Helena fruit shop chose a whale’s jawbone. The whole animal must have been around 10 metres long. For him it was “like an elephant’s tusk, and if you look from a distance it is like a fish. I see the eye and the mouth”. How did this jawbone end up in Olot? Sometimes they are exhibited in churches as the “ribs of the devil”.

Marcel Castey chose a bloody drawing by Josep Berga i Boada, Allegory of the First World War (1914). The work affected him immediately, but what decided him was when he was told that this artist “was not comfortable in Olot and lived his life outside, much like me”. 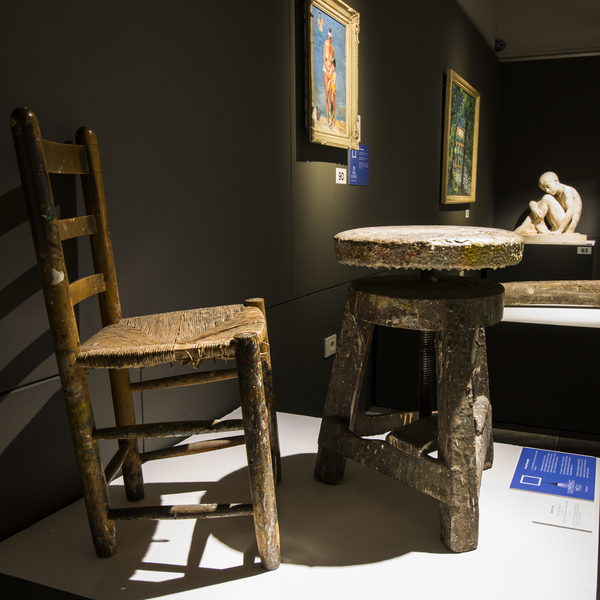 Mercè Aulina, a shop assistant in the El Race de la Illum herbalist shop, chose a Japanese sword suit of armour in the  Do-Maru style (18th and 19th centuries). They made her think about what the person who wore then might be like. What they might be concerned about, what their traditions were and how they understood life.

Carlos Tenas was attracted to a wheat threshing machine from the 19th century. Since he was a child he enjoyed taking machines apart to see how they worked. On the other hand Domènec Moli, a printer, went for a chair and a work in wood from the mid-19th century which the workers of the time used to learn how to make saints. The best of them left the profession and turned to painting. There was a moment in Olot when there were 124 painters and most of them had come from the saints’ workshops, more than from the School of Fine Arts”. 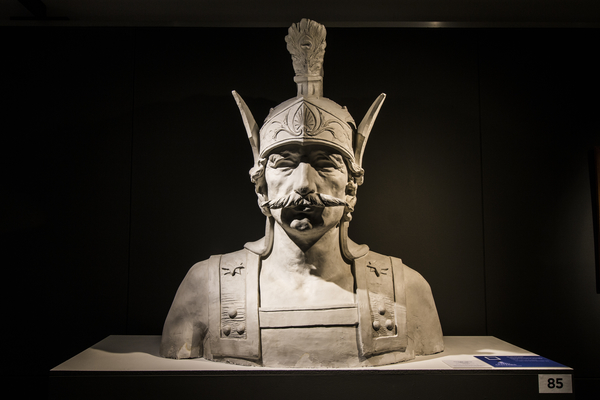 Santi Olivares, a council officer, chose quite a popular piece: the Head of the Giant of Olot (1888-1889), made in plaster by the sculptor Miquel Blay. This is a figure which is well known by everyone in Olot and is probably the most versatile figure in popular work which, beyond the way in which it is made, can exist both in the museum and in the streets.

The exhibition Jo l’exposo! Can be seen at the Museum of La Garrotxa in Olot until 6 January 2020.