Many of the old paintings hanging in city apartments have a small gold titleplates with the name of the painter – usually one of the Grand Masters: Murillo, Ribera, Velázquez, Zurbarán.

It is a way of attributing them to, or rather validating the image through, the association with a major painter and a method which was particularly common in the Spanish post-war period. 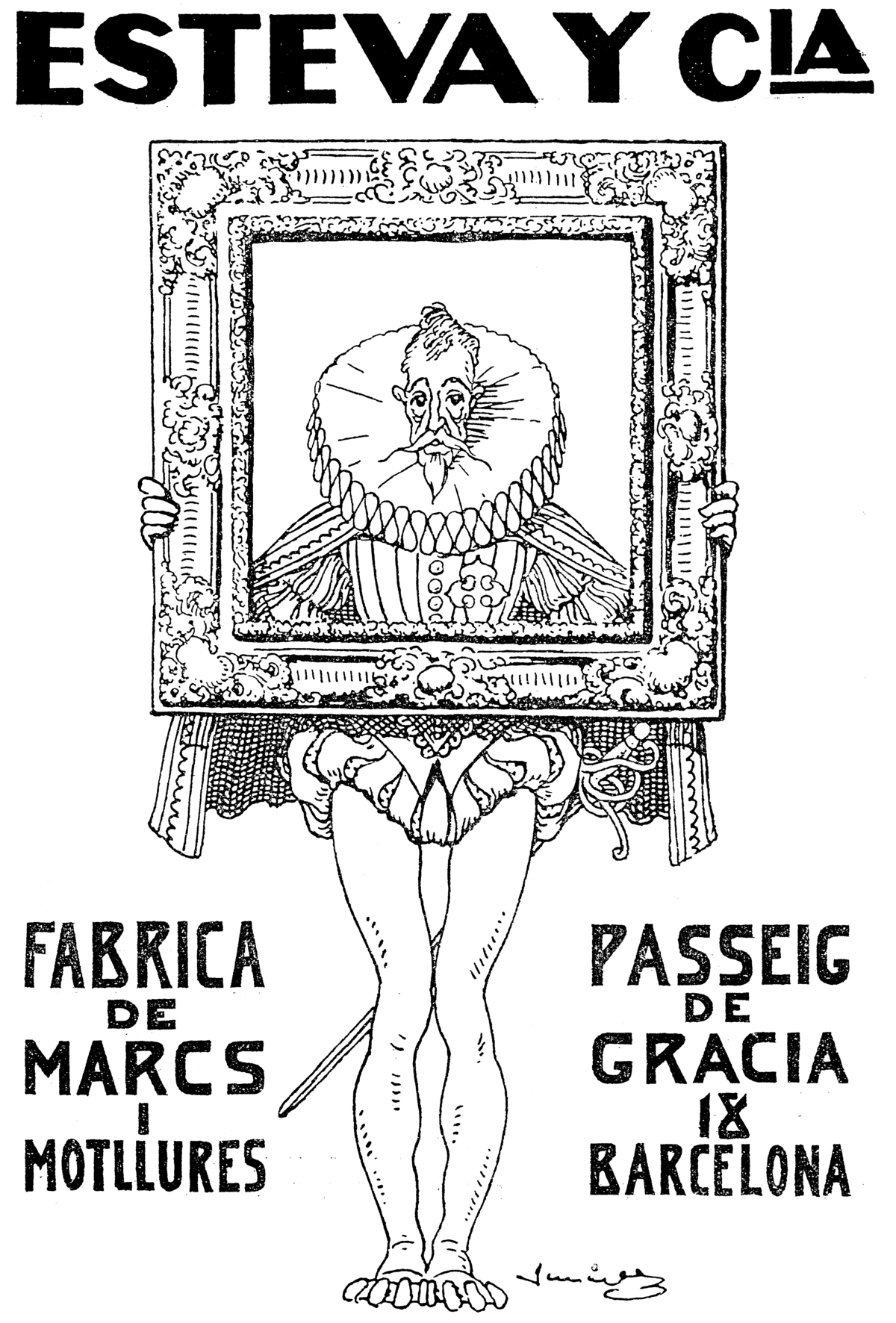 The new bourgeoisie, helped by “developmentalism” was growing in the shadow of Francoism and needed to reaffirm its new social position through art. Some of the antique dealers of the time contributed to this craving by selling dreams or paintings with titleplates, driven by a strange mix of enlightened ignorance and economic ambition. The painting arrived home, was hung on the wall and the legend commenced. By word of mouth the families reproduced the excellent qualities of the painting, which had to be priceless since it was by one of the painters that hung in the Prado Museum in Madrid.

Nobody bothered to look at the painting with a clear vision or to study it, taking for granted that it corresponded to the name engraved on the plate in black on gold, like the neon letters of the highway offer the promise of the flesh and the devil. The painting were never verified because there is no greater truth than a family story repeated a thousand times at the dinner table. Something like that is never relativized or discussed because, who would call into question the legend forged through the word established in our roots, in our ancestors? 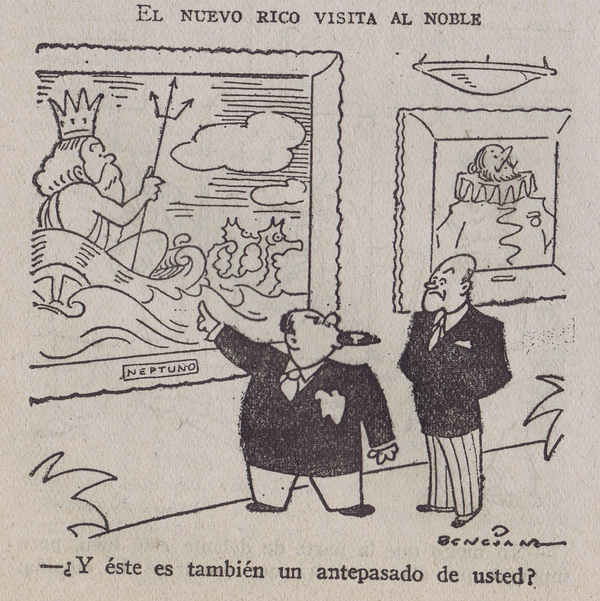 The years pass and the paintings remain there, until one day the antique dealers arrive. Whenever I see a painting with a titleplate I am almost certain that the work in the frame does not correspond to the name on the plate. The same happens with the certificates of certain paintings. Several years ago at an auction in Madrid a Sorolla was on sale and when the auctioneer announced the item, certified by an expert the name of whom I would not recommend remembering, somebody in the public jumped up and said, “that is the problem”.

Yes, that was the problem – the certificate penalised the sale more than helping it, and with the nameplate it is the same: it is a source of suspicion. Sometimes I have had my doubts, mostly played down by saying that the work would need to be closely studied to see if the attribution was accurate. And I have encountered owners who were put out by this, some even becoming aggressive and defending their case with incongruent arguments, mainly related to time. Over the years I have learned that there is nothing more difficult in my profession than denying the myth of a titleplate, because for the owner it is an act of faith, it is the truth of his lineage and – let’s face it, nobody goes home and shakes the genealogical true as if they are trying to make apples fall.

On the titleplate I read the dubious name of Goya.

I am not sure if I should be confessing something which happened to me recently. I went to see two sisters in their nineties in a flat in the Eixample district of Barcelona. A melancholic room staircase took me to their front door. They received me in a small entrance room which gave onto a hallway lit by what seemed to be a Toc-h lamp. In the living room hung a portrait of a corpulent man dressed as a marshal. On the titleplate I read the dubious name of Goya. I immediately remembered the original. It was the portrait of his tailor in the Prado. They told me that the painting had been bought by their grandfather and that they wanted to sell it. When they referred to the painting by the surname of the painter a small shiver ran down my spine.

That sale would be their last chance, economically-speaking. They wanted to leave this world with some money to pass on to their niece, who had financial troubles but lived for taking care of them. “She is so good to us and he deserves all the money that this painting can give him to make him a millionaire”, the old woman said with tears in her eyes. While she was talking, curiously I didn’t think of telling her the truth but telling her how much the copy was worth – no more than a thousand euros. I decided to put an end to the visit using any excuse. I haven’t got back to them. I do not want to reveal the truth for the niece to immediately stop looking after them. It is better to live in the deception of a common dream: believing that the titleplate is a signature, a truth as unquestionable as the verses of the Bible.