Perhaps the images which best represent the work of British photographer Richard Learoyd (Nelson, 1966) are the mirrors darkened by time, and now unable to accomplish their original function.

Learoyd’s photographs are made in a very original way. It is not that he has a camera in his studio but his camera is a room in his studio. So he never places himself behind the camera but directly within it. He bases himself on the principle of the camera obscura, a hermetically closed box in which , through a small hole (or lens) rays of light enter and are reflected on the objects outside it. In 1502 Leonardo da Vinci made the first written description of the camera obscura.

Learoyd places his model, whether it be a live human or a dead animal, in a position which is often forced. Then he goes into the room, places a huge photographic paper (up to 170 square centimetres) in position, activates the flashes and waits – some 18 minutes – until the images is fixed on the paper. It is an unusual, cerebral and slightly inhuman exercise. 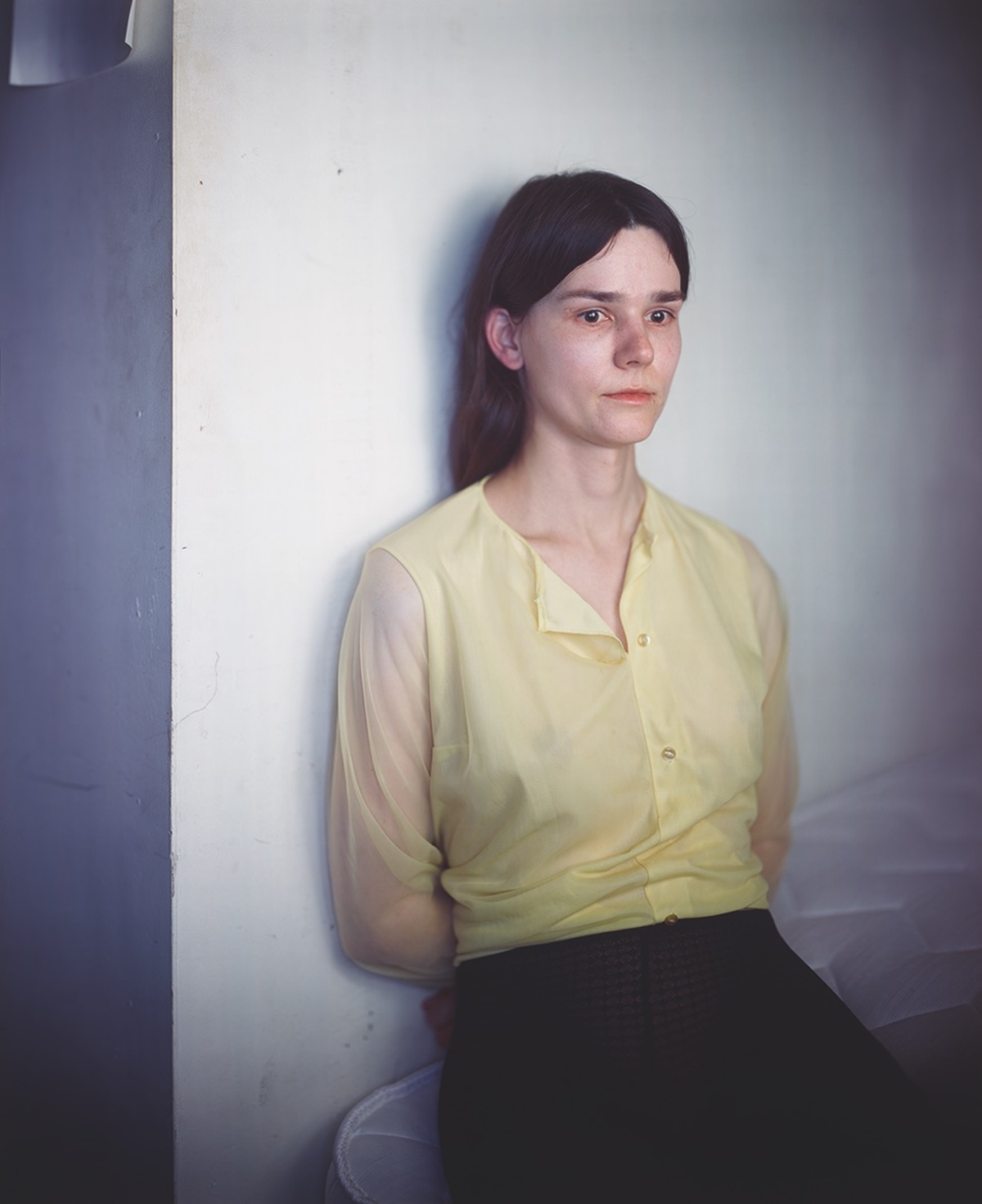 Richard Learoyd, Melanie, 2015. Courtesy of the artist and the Fraenkel Gallery, San Francisco.

But the result is spectacular: colours that resemble the best paintings by seventeenth century Dutch artists, textures which suggest the live presence of the model and a disturbing sensation of something which is alive and dead at the same time. 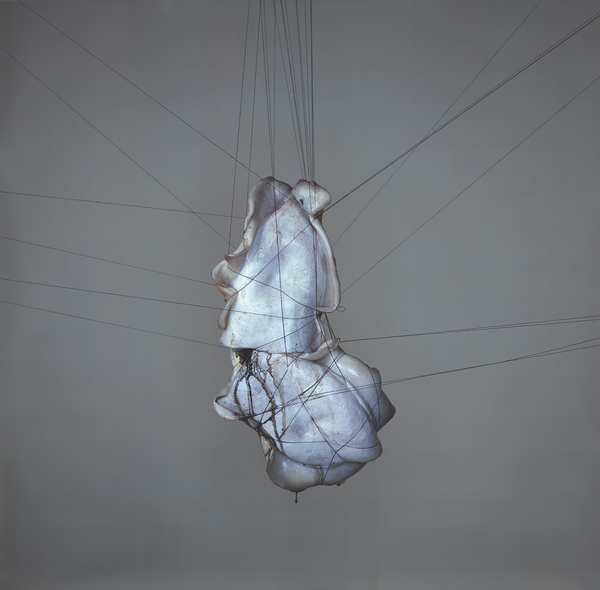 Freud would have had a field day psychoanalysing Learoyd. Why would he make portraits, like a bondage-obsessed Chardin, of suspended octopuses, a fish heart suspended by black threads, a parliament of magpies trapped in strings or the white, decapitated, and bleeding, head of a horse which sits between the marble sculptures of the Parthenon and The Godfather. 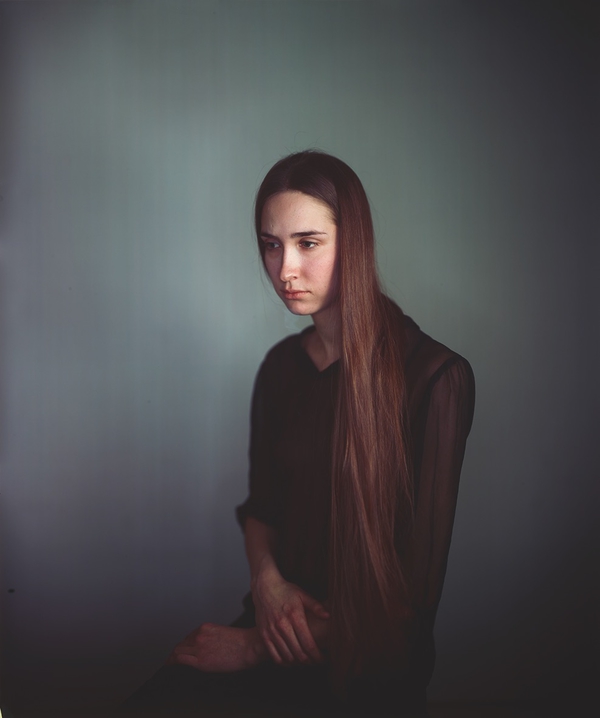 Not to mention the models whose limbs are secured with tape and other means invisible to the camera to ensure that they are still during the 18 minutes of the exposure. “I control everything except their facial expression”, says Learoyd. And their faces show an infinite sadness, whether it is because it is harder to maintain a smile for a quarter of an hour than resign oneself to a serious expression and become lost in one’s own thoughts.

I wonder, what must the models have been thinking during those 18 minutes of temporal suspension which was the period of this peculiar process of immortality? 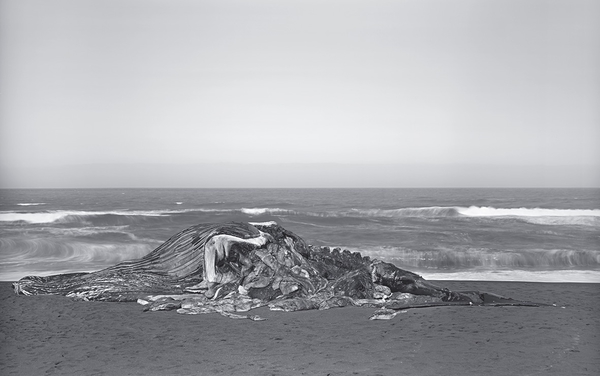 By no means is this a criticism of the work of Learoyd. His technique and coherence is beyond criticism. The monumentalism of his works – unique and unrepeatable, and his extensive knowledge of the history of art and photography makes him traditional and ground-breaking at the same time.

He did construct a camera on wheels which he was able to attach to his car as a trailer.

The exhibition, curated by Sandra S. Phillips, emeritus curator of photography at the SFMoMA, begins on the first floor of the Casa Garriga Nogués, at the Headquarters of the Mapfre Foundation in Barcelona, and concludes on the ground floor, where there is a series of landscapes in black and white from 2016-2018.  Evidently, Learoyd did not take his camera obscura with him. But he did construct a camera on wheels which he was able to attach to his car as a trailer.  With landscapes of the USA, Eastern Europe and Lanzarote – commissioned by Mapfre – Learoyd makes a film roll. A two-metre film roll from which he makes gelatin silver contacts. 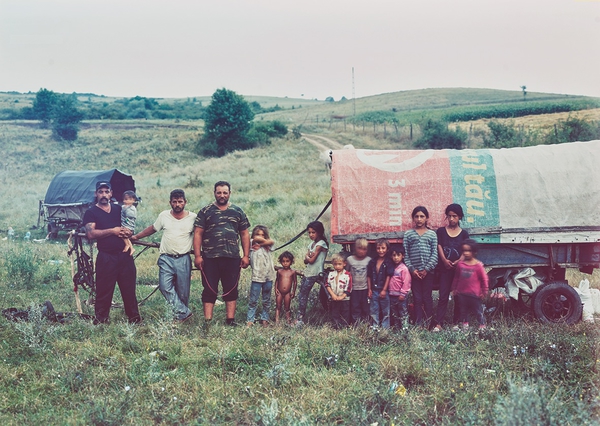 Vanitas and difficult landscapes such as traffic accidents on American highways, mountains in the Yosemite, the lava in Lanzarote, the infinitely changing Baltic Sea and even a large rural family which I imagine are in one of those infinite plains in the Urals…genre painting is alive and kicking.

The exhibition Richard Learoyd can be seen at the Mapfre Foundation Room of the  Casa Garriga Nogués in Barcelona until 8 September.