Roi Soleil: the limits of power

The eye of the camera has no compassion: it records, records, records, never stops recording, regardless of whether you put a worm or a king in front of it, the sweet sweat of two young people making love or the rotten veins of a seventy-year-old’s foot.

In the case of Roi Soleil Albert Serra once again opts for the agonising body of Louis XIV, embodied by another mythical body – that of Lluís Serrat, alias Sanxini, who he has used in almost all of his projects. Two biological records which are shredded and exposed as the film progresses in front of a camera that cannot distinguish between kingdoms: the human and the animal the character and the actor, the oppressed and the oppressor remain on an even keel as a result of the disease and the catastrophes of the time. Grow old, die, is the only theme of the work. A Baroque motif which is repeated throughout the film. 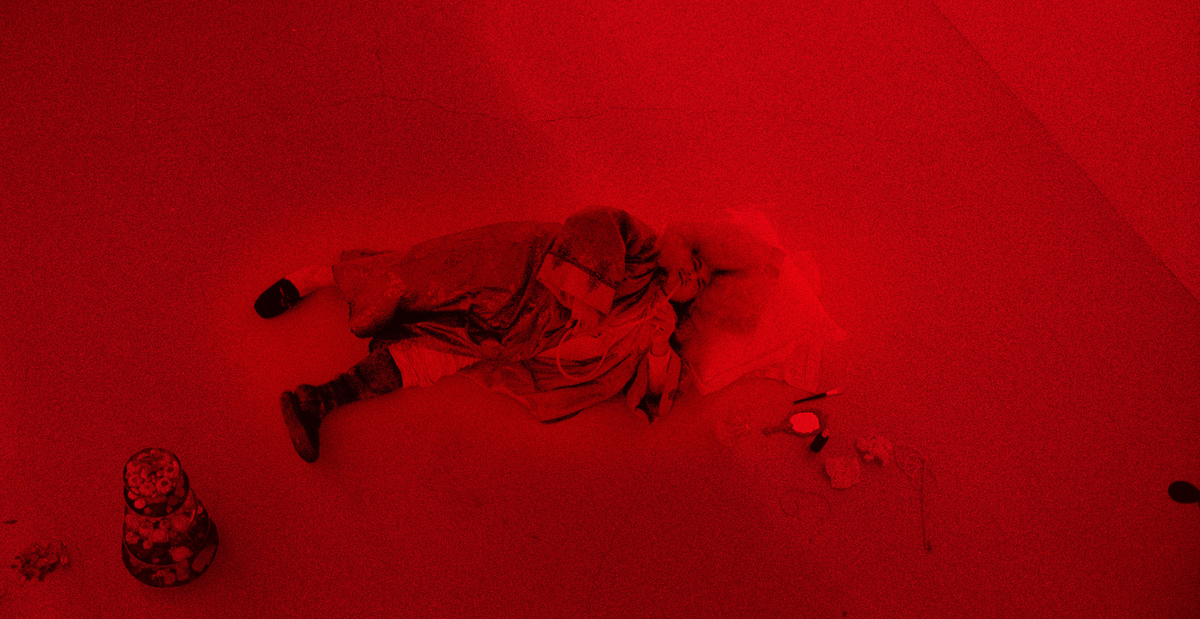 Roi Soleil begins with the imposing figure of the monarch pacing and sighing from one side of the room to the other. It is an ambiguous space – square and of an evidently contemporary design. This anachronism from the start places us in a fantastic and  delirious scene; an impression which is reinforced by the red monochrome of the image, which looks like a developing room. How many reasons do we need to find for the use of a single colour, specifically red, which is uncomfortable, insistent, sharp, and tense to the eye? From the first minute the viewer is dominated by a sensation of danger and warning. The viewing is adapted by necessity, almost by dearth. The monochromatic in this work functions with a ferocity to reach the deepest part of the eye: the optic nerve. Roi Soleil seeks commitment, attention, a complete devotion of our thoughts. “I do not believe in that which is aimed at my reason” said Artaud, “but in the evidence that moves my brain. I have discovered strata in the field of the nerve”. 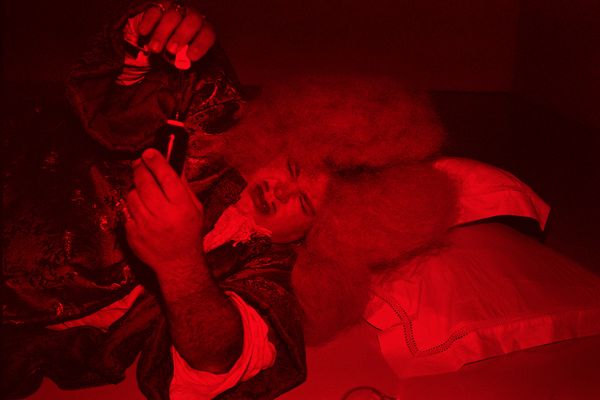 In Roi Soleil the architectonic space works to provide a limit to the body of the monarch. The king embraces the walls of his own material decadence, he drags them with him. He observes them, lazy or indifferent, he comes up against them again and again like a fly trapped in a bottle (or a beetle closed in a room: it is obvious that the view of Albert Serra converts Louis XIV, one of the most powerful kings in western history, into the insect which is Gregor Samsa). In this struggle against the disasters of the of the flesh, language is reduced to pure panting. The king does not speak. The only sounds that can be articulated are those which are articulated more closely to the visceral and mucous membranes: interjections, ahem-ahem, inhalations, sighs. Just like the beetle in Metamorphosis, the king is left mute, or rather he can only express himself with the viscous language of organs. A voice which, by law, in the age of Louis XIV was the only direct channel between god and the people. The communication between the monarch and his subjects interrupted. Roi Soleil documents the fall of a world which can also be read on a political level.

There is no more dialogue with the other. The other becomes the mystery of the body itself.

During the hour that Roi Soleil lasts, the viewer basically sees the circulation of air, water and matter through an organism which, when it comes closer to death, relates more closely to other species. In the solitary interregnum of death, language loses its function and its power; it is stalled and becomes spirit-like. There is no more dialogue with the other. The other becomes the mystery of the body itself, which only knows how to communicate through the cruel binary code of pleasure and pain. In this interregnum there is no place for empathy or desperation, feelings which area always found on the side of the living, of the organisms which still have the potential to rebel.  The body of the monarch is a body sunken in pride, greed and laziness. Despite his biological decline the Sun King cannot help munching sweets, looking at himself in the mirror and combing his moustache. Recently, in a conversation, the philosopher Alexander García Düttmann (one of the actors in Personalien, the installation which Albert Serra is exhibiting now in the Reina Sofia Museum in Madrid) proposed seeing Roi Soleil as a paradox of the “contemporary art” subject, making him a fat and capricious newborn-grandad, a complaining subject, impotent and aphasic, who , like all the others who have trafficked with him, have lost their voice. In any case, of all the needs of this newborn-grandad the one that seems to pose the greatest agony is drinking water, as if the body only finds pleasure and substance in the activities that are contrary to its subsistence. 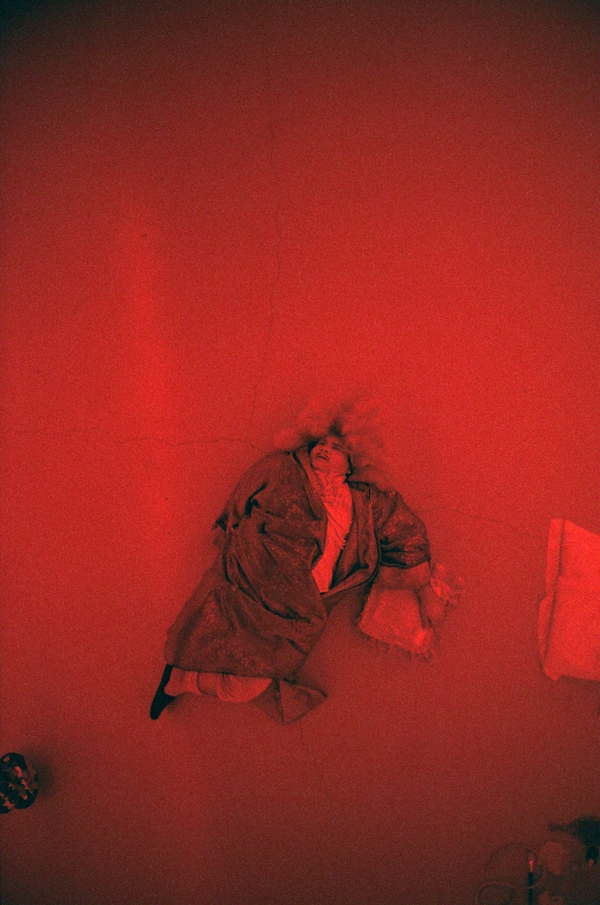 To understand Roi Soleil you need to know that the piece starts out from a recording of the performance by Lluís Serrat in 2017 in the Graça Brandao of Lisbon. For over a week, four hours a day, the artist was acting out the death of the bourbon. Albert Serra says that the basis of his methodology is to work with actors. Roi Soleil confirms once again that the dramatological instinct of this this director combined with the tireless talent of Lluís Serrat, means that this piece has achieved levels of facial expression which are almost soporific. The unforgettable scene of the king Sanxini spitting out his frustration in front of the mirror, screwing up his face and panting in the face of the crude reality. All we have is the body and we won’t go beyond our own vices, faults or finitude.

The exhibition Albert Serra. Roi Soleil can be visited at the Fundació Antoni Tàpies, Barcelona, until June 16.