Sense and Sensibility at the CaixaForum

This interesting study, in exhibition format, addresses emotion though western art. Do we feel the same now as we did five hundred years ago? Is art able to lie and be sincere at the same time?

Can you remember the last time you laughed or cried in the cinema? Well, what you experienced was manufactured by one or several creators with a specific objective in mind: transmit a message through emotions. 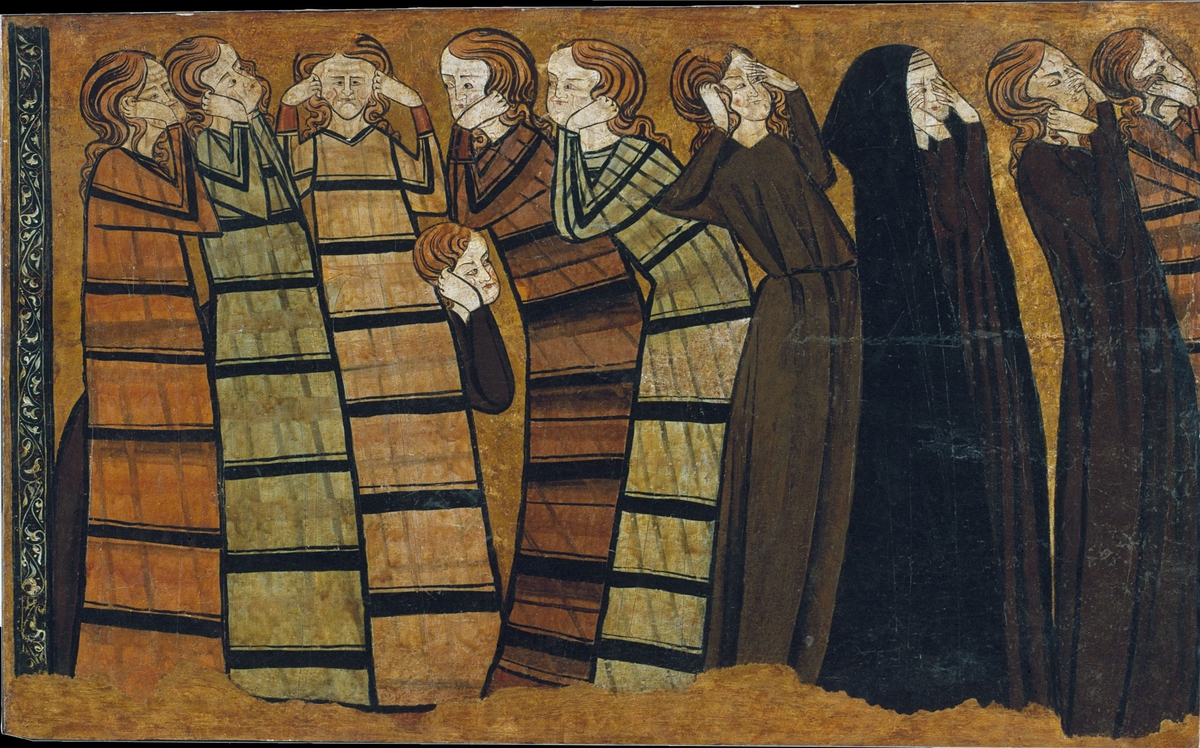 That, and many other things, is what Poetics of Emotion is about, curated by Érika Goyarrola at the CaixaForum Barcelona. Forty-four works of art belonging basically to three chronological periods: the Middle Ages, the turn of the twentieth century and las last thirty years of the twentieth century until the present. These works are brought together under three main themes: death (through the religious iconography of the medieval period), group celebrations (festivals and demonstrations) and landscape as an expression of the inner self.

At first view it could look like one of the “thesis exhibitions” which lately seem to be everywhere. But in fact, nothing could be further from the truth. Here, the “thesis” is an invitation to participate through the simple element of emotion, through dynamics and through the poetic of art.

People know more or less about art, But everyone feels emotion, neurochemical and hormonal reactions which make us predisposed to react in a certain way to any stimulus, be it external – somethings which we perceive – or internal – a memory. And all these emotions on display in the exhibition are recognisable to the viewer.

Rather than being the title alone Poetics of Emotion is an invitation to see are and learn; from the art of from ourselves. Each work is accompanied by an explanatory text. Brief but well written they are designed to be assimilated by visitors, containing basic information to be able to understand the work and its context. Obvious? Well, not that common in other institutions in Barcelona which regularly exhibit art.

Now that we are making comparisons, there is a fantastic dialogue between two pieces which are separated by more than seven years of history. They appear at the entrance to the exhibition and immediately attract the attention of the visitors: the Gothic painting Weeping women (1295), which forms the lateral part of the sarcophagus Sancho Sánchez Carrillo and his wife Juana, from the church of San Andrés de Mahamud in Burgos, and next to it the video The Silent Sea (2002), by Bill Viola. The weeping souls of the funeral procession, tearing at their hair and scratching at their faces in a demonstration of their grief on the one hand. And on the other, nine actors, each representing a different emotion in their own way and in silence: pity, hatred, fear, and so on. Against a black background and theatrical lighting it is a recreation of the iconography of drama which is so often present in religious scenes such as the Calvary, the taking down of the Cross and the Pietà.

Is it valid to feel aesthetic pleasure in the face of “real” pain?

Pietà is one of the compositions most commonly recreated in contemporary art, in fact. The pain of losing a child is a moving and universal tragedy. A functional Pietat (c. 1850) by Ramon Padró Pijoan sits in contrast next to the Funeral in Kosovo (1998) by photojournalist Enric Folgosa Martí. One image that is so aesthetic but at the same time real – with no actors or models – makes us questions the limits of what we can share. Is it valid to feel aesthetic pleasure in the face of “real” pain? 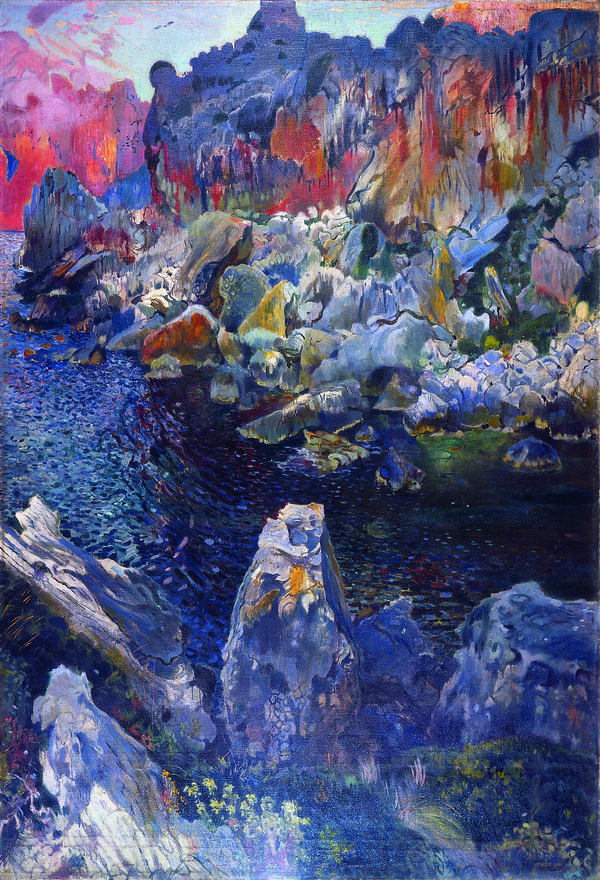 But they are not all human figures, wailing in woeful mourning to underline their spiritual state. There are also emotions expressed through the contemplation of nature such as Landscape 17 (1985), by Perejaume – which is like a Mediterranean version of Rothko, or the symphony of colour in Sunset (1903) which almost cost an impassioned Joaquim Mir his life, or the powerful diptych in bronze – Untitled (no. 74/88) (1988) – by Günter Förg, which almost makes you want to claw at it (I don’t recommend you do so, by the way!).

Are emotions universal? Do we all read the works of art in this exhibition in the same way? The shapes remain, just like iconography and the written word. But…what about emotions like pain. Death, and even love? Is it possible to feel the same way following sexual freedom, social security, Ibuprofen or Prozac, than when this progress and security did not exist?

The exhibition Poetics of emotion can be seen at the CaixaForum Barcelona until 19 May.