Silver Anniversary in Episodes at a La Capella

The walls of the chapel of the Ancient Hospital of Barcelona, La Capella, are oozing with history. Health history, religious history and artistic history.

But the most attractive part of its medieval architecture, La Capella, which is owned by the city council, has been the scene of different artistic events since the 1950s such as the Salons de Maig (1956-1969) and the historic Joan Miró exhibition of 1968.

But 25 years ago, use centred on the promotion of emerging art and, now, the exhibition Les escenes. 25 anys després to celebrate this. But don’t expect to see a show which takes you back through the last quarter century, or any kind of nostalgic review. Les escenes, as the title indicates, is composed of six chapters which follow sometimes one after the other and sometimes overlapping, up to the middle of June. Don’t be surprised, then, if you go to see the exhibition early on, it may seem rather empty and charmless. But this is just the prologue to a project constructed from fragments, cut-offs and also a little nod to the past, and is more ambitious than it may first appear. 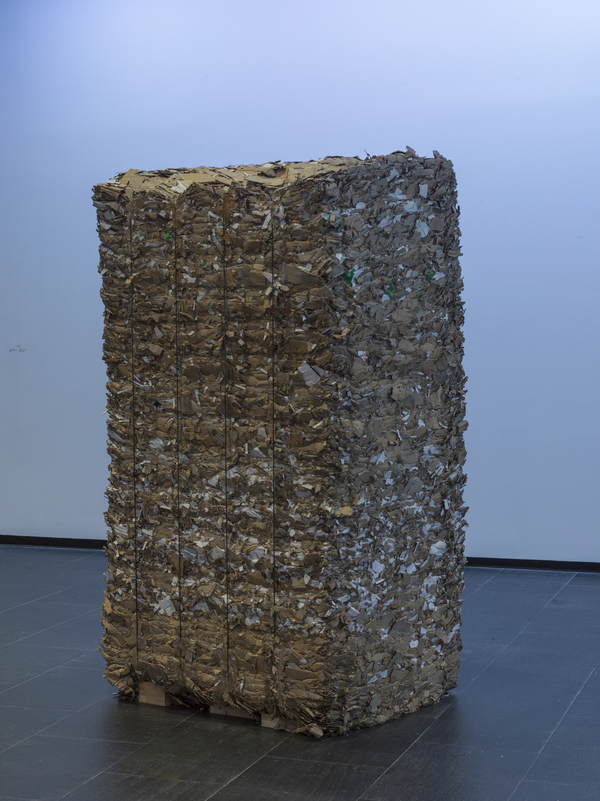 The project is ambitious because for a start it has a curatorship team made up of five big names: David Armengol, Sonia Fernández Pau, Eloy Fernández Porta, Sabel Gavaldón and Anna Manubens. Then, because it has involved over thirty artists who will come and go, some of them alternating, within the framework of the six episodes of the show. The whole exhibition is alike a big metaphor for the many ways of working contemporary art these days: collaborative practices, fragmentation, works in progress…everything which over 25 years, and especially since the happy initiative of Barcelona Producció, which started up in 2006 from the Icub to incentivise emergent artistic production, has been exhibited at La Capella.

This is just a minimalist prelude to an exhibition series in six chapters.

Already emergent were the two fantastic circles curated by the talent of manel Clot at the beginning of the story of La Capella, opening up the way for a series of artistic practices that were alternative at the time and that now, on the other hand, are dominant in the ambit of contemporary art. In the first episode of Les escenes there are paintings by the Argentinean artist Gustavo Marrone from the beginning of the 1990s, which connect with Clot’s first exhibition. These are powerful works and are accompanied by two new installations; a forceful sentence written on a wall, L’evidència va poder amb totes les especulacions estètiques; and a simple but loaded installation with covers of celebrity weeklies about the Spanish royal family going back 25 years, which certainly have a tale or two to tell. 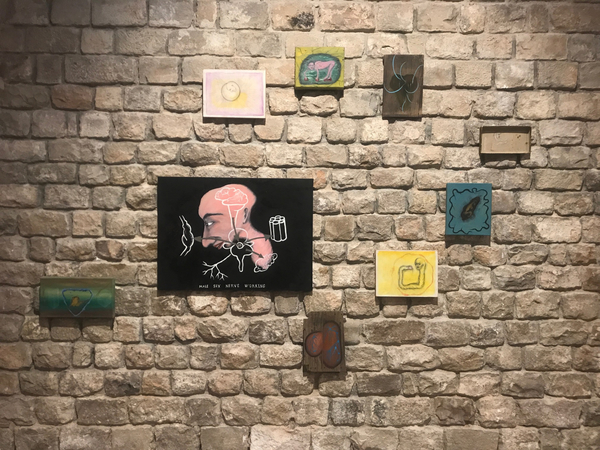 The strength of Marrone’s pictoric images, paired in part with drawings by Lucía Egaña, sit alongside an equally forceful object – a large bundle by Julia Spinola in the middle of the room. Marc Vives has risked re-writing the youth novel Melodramas, while the voice of Laia Estruch offers a musical accompaniment to a declaration of intentions as an author. Bearing in mind that this is just the minimalist prelude to an exhibition series in six chapters, this article is to be continued…

Les escenes. 25 anys després can be seen at La Capella in Barcelona until 23 June.