A bearded figure, dressed in a tunic, his arms outstretched out to form the shape of a cross inside a circle of geometric forms, which is crowned by a giant bird.

The drawing is schematic but the force of the figure still moves us ten centuries after it was painted on a wall beside one of the windows of the church of Sant Quirze de Pedret, in Cercs. 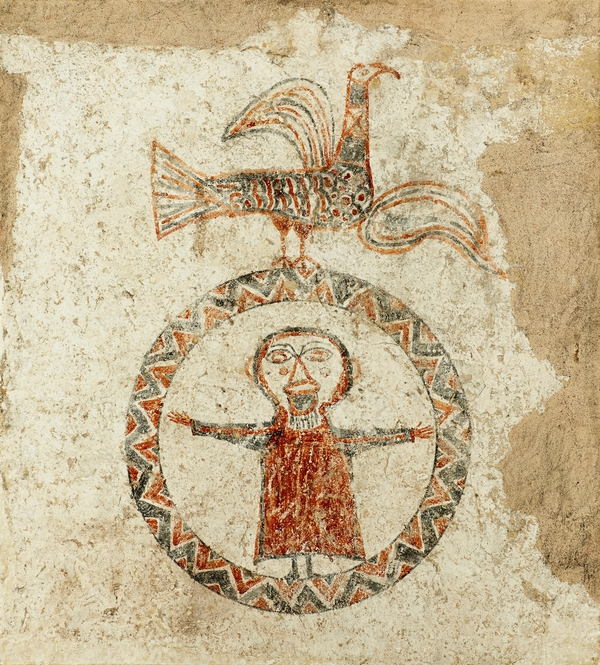 This fragment of pre-Romanic painting remained hidden for centuries until one day in 1937, at the height of the Spanish Civil War, it was discovered and removed from the wall. Ever since,  The Man at Prayer, as it became called for the supposed praying position of the figure, is the undeniable icon of the Museu Diocesà i Comarcal de Solsona, where it is exhibited together with another famous and mysterious fragment of pre-Romanic painting The Knight, and the Romanic paintings of the central apse and triumphal arch, one of the great work of the Master of Pedret. The collection of murals of Pedret is one of the pillars of Catalan Romanic painting and includes apsidal chapels that are conserved in the National Museum of Catalan Art (MNAC), removed during the campaign of the 1920s which brought so many of the Romanic murals to the museum in Barcelona. 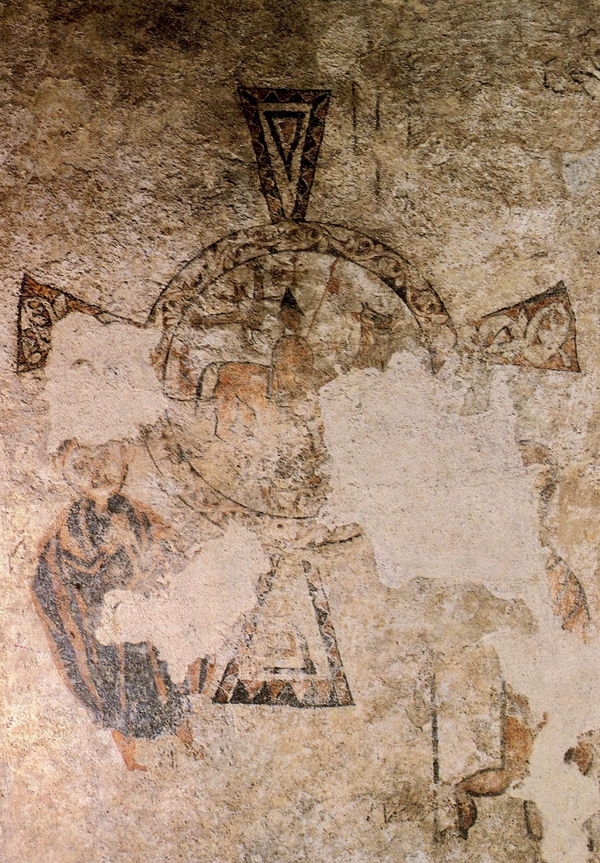 In Solsona, the paintings of Sant Quirze de Pedret are the star pieces of the museum situated inside the impressive Neoclassical building of the Episcopal Palace, next to the cathedral. Within the permanent collection, which includes archaeology and art from the Neolithic to the twentieth century from counties included in the Diocese of Solsona, the paintings of Pedret occupy the central position. The Pedret room is presided over by the magnificent central apse, with iconography of the Apocalypse and the Final Judgement from the beginning of the twelfth century.

Visitors can go into the apse and see close up the incredible figures from different scenes in the collection: the elders of the Final Judgement, the horsemen of the Apocalypse, the incense-burning angel, a seraphim with wings covered in eyes, archangels, the souls of the martyrs, an elephant, an altar decorated with sumptuous altar cloths. It really is worth spending a while there to look at them. 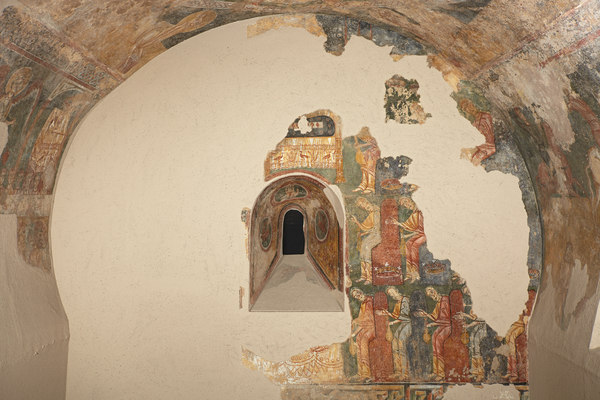 The Man at Prayer and the Knight, which precede the apse by a century, are hung in on a wall to the side of the room, and on the left there are two reproductions of apsidal chapels exhibited in the MNAC, which you can also go into.

The Pedret room of the museum, however, is in need of modernisation, according to the technical director of the centre, Lidia Fàbregas, so that “visitors can understand what Sant Quirze de Pedret was like, both from the paintings we have here and those that are in the MNAC, to better explain their fascinating iconography”.

It is planned that The Man at Prayer and the Knight will be placed at the eye level of the viewer.

The idea is to use digitisation of the mural paintings from both Solsona and Montjuïc and the original space of the church, to create an audio-visual experience offering an overall explanation of the whole collection with a unitary discourse. Work began on this some months ago. It is also planned to hang the The Man at Prayer and the Knight at the viewer’s eye level (currently they are at the level at which they appeared in their original location) and remove the reproductions of the apsidal chapels to free up space for the audio visual exhibition. “Since the presence of the paintings of Solsona and the MNAC is highly consolidated, we also want to achieve a three-tiered effect so that people are interested in visiting both museums , as well as the church and can therefore see what the site was like in the medieval age”, says Fàbregas. 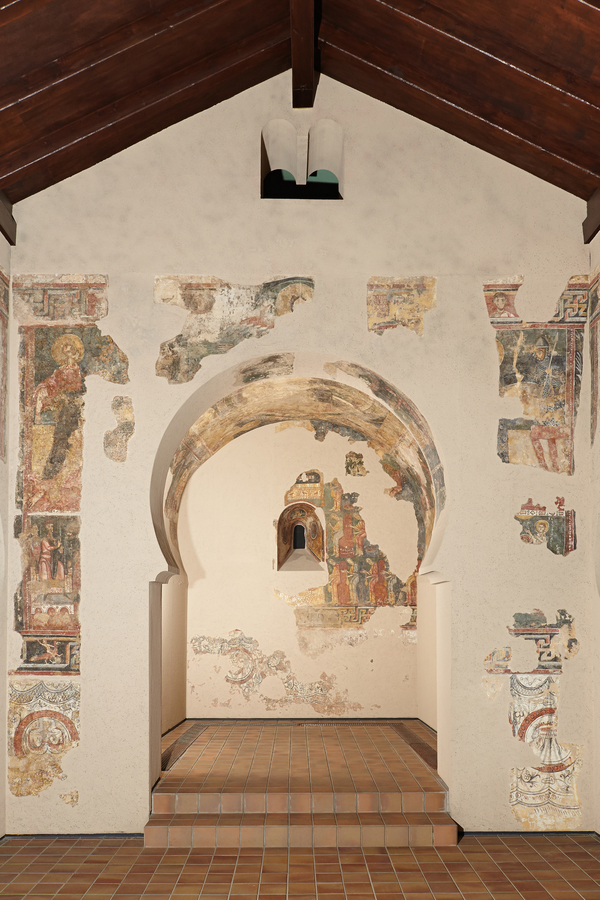 The renovation of the room will help to make more visible a museum which manages the diocesan part but also that of the public institutions of the county. It is a museum which has also enabled a view of the interior of the cathedral through a window and revealed the impressive Romanic window of the bell tower which, as a result of the construction of the Episcopal Palace in the eighteenth century, had been hidden.