Political art has a very bad press, when what should really have a bad name is art which says nothing.

In Olot, the Assembly of Artists of La Garrotxa has organised an initiative related to the repression in Catalonia on 1 October 2017, consisting of different re-reading of the famous painting by Ramon Casas, The Charge (1902).

“If you want a picture of the future, imagine a boot stamping on a human face—forever”. This quotation from George Orwell’s 1984 can be illustrated by an enormous number of works of art. It is true that the work of Casas talks of the repression of the workers’ movement and that 1 October has a basically independentist element. But they both share common points: police repression and the demand by a significant percentage of the population for rights which are not recognised by the state.

“It is our own personal Guernika”

This initiative by the Assembly has resulted in the façade of Can Joanetes, now the Town Hall building, becoming the site for hanging up to 10 life-sized interpretations by local and national artists of The Charge. Artists include Claudi Casanovas, Servand Solanilla, Pere Noguera, Ferran Garcia Sevilla and Marc Antoni Malagarriga. Very soon it will be turn of Antoni Llena. The results are varied, but that is to be expected in a collective initiative of this kind. The aim: demand the liberation of the political prisoners and the return of those in exile. 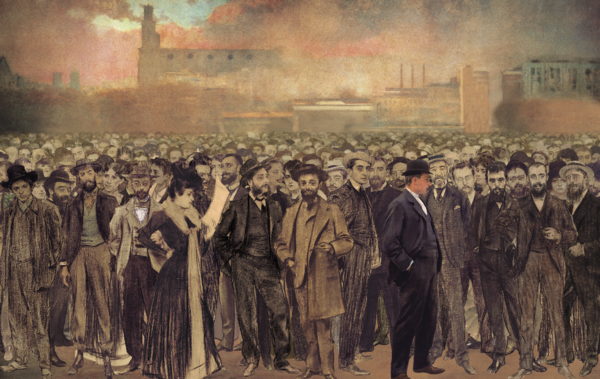 Servand Solanilla presented a photomontage entitled Olot, el moment previ. He imagines the moment just before the turmoil in 1902, and gives central place to Josep Molera, the young man from Tona used by Casas as the model of a worker trampled by the horse. Brought to life by Josep Codina, he accompanies the politicians and intellectuals of the time, also painted by Ramon Casas. 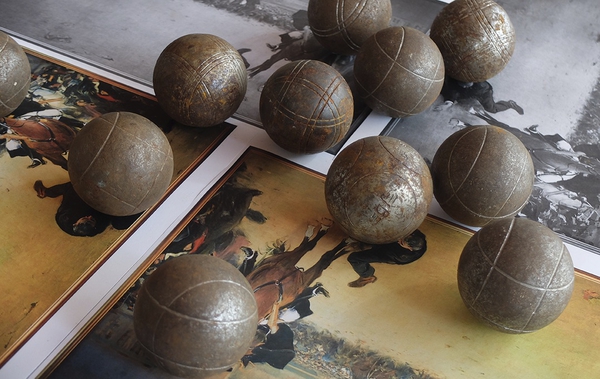 Pere Noguera, on the other hand, shows a photograph which is the result of a consistent action of joining two reproductions in black and white of The Charge with two in colour, and randomly throwing a set of metal boules onto them. 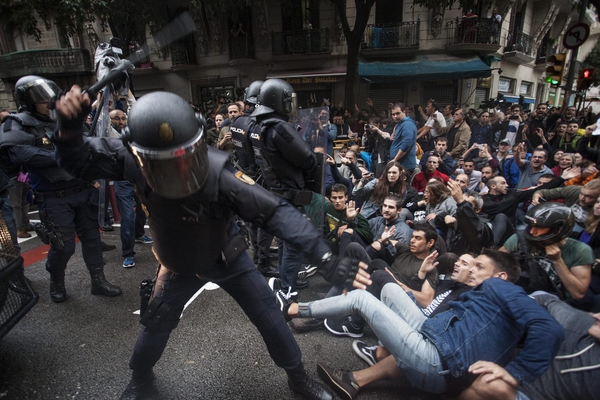 Robert Bonet uses an image that he took himself on 1 October 2017, and which has sadly become famous, of the police charging a sitting group in front of the Ramon Llull secondary school in Barcelona.

The “sobrecàrregues” [surcharges] are accompanied by a poster where each artist describes their work, as well as a text about The Charge by Casas: “It is, in the words of the poet Narcís Comadira, our own personal Guernika, an iconic piece that is a categorical expression of the repressive force used by the State against defenceless people”. Alright, comparing it with Guernika is a matter of opinion. But the use of art to reclaim civil liberties is not. Like it or not.