The City Will Not Make Us Free

The Umbral project in the Barcelona metro: thirteen suburban artistic works on migration and its political, social and symbolic contradictions.

Sants, one more stop on the green line, is an image which poses a question in many languages: Is this world our homeland? Drassanes: the remains of a city in ruins after the war. Passeig de Gràcia: the names of 35,597 people who lost their lives trying to reach Europe from 1998 to 2018. Plaza España: a false advertising campaign giving false information to set out the cynical path by which Europe can achieve its dream. And so on, up to thirteen different suburban scenes in Barcelona. 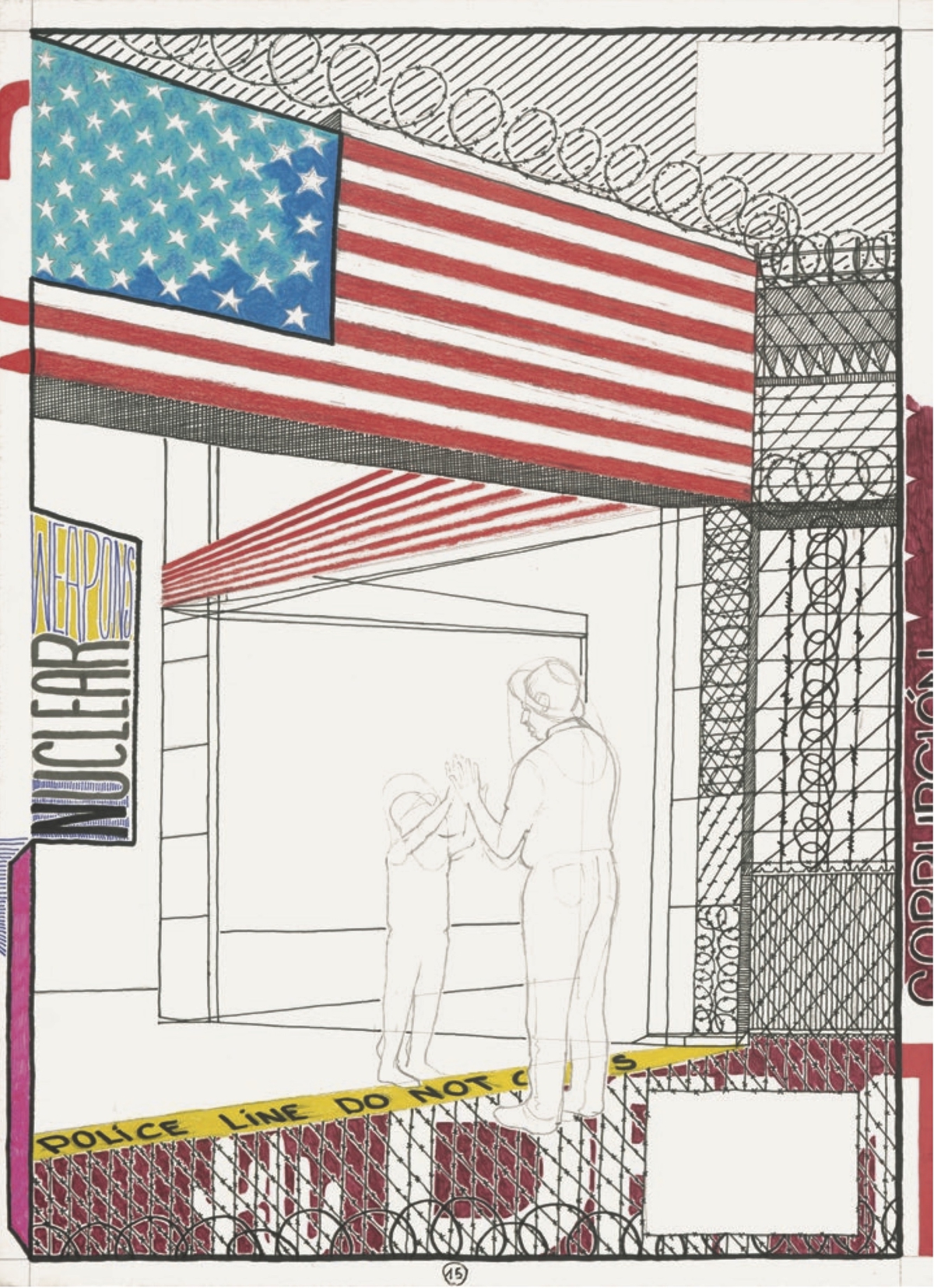 The Umbral project, curated by Imma Prieto and produced by Barcelona City Council includes thirteen artistic projects on the Barcelona metro dealing with contemporary migrations. With a title that in itself already is a declaration of intention – an umbral is a transitory space from one place to another, but also in psychology, it means the sensory or pain capacity that we able to resist. It incorporates artists – migrants and non-migrants – some of which have had a long path and others are newcomers. It includes artists from many different places and groups of refugees.

Ramón Esono, was imprisoned for his critical comics of the Obiang dictatorship.

To get a complete idea of the project you have to see the whole thing, which is difficult if you do not want to spend your travel ticket entering all the stations since the exhibitions are in the entrances of the metro. You would also have to see the demonised groups in the city such as the men selling goods off tarpaulins, for example. But despite these obstacles, the thirteen projects here have merit. Let’s try. 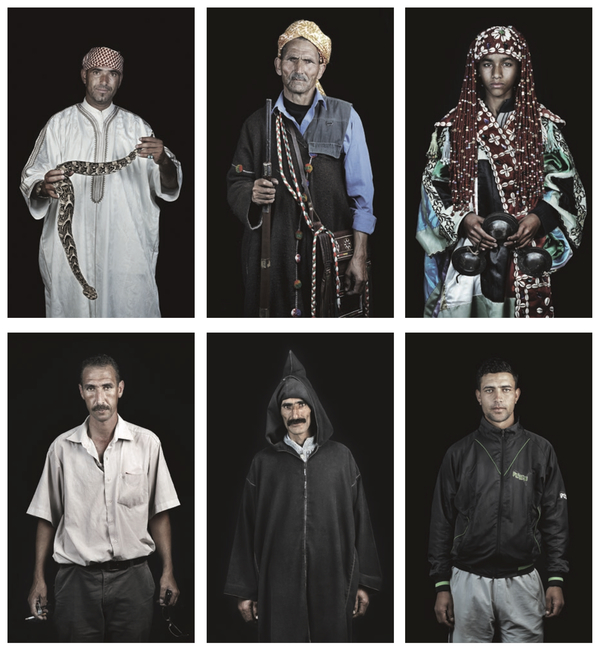 Most of the exhibits are photographic such as the photographs of the Moroccan male community by Leila Alaoui (Paris, 1982-Burkina Faso, 2016), the photographic work of Yto Barrada (Paris, 1971) which documents the diary of a woman who has crossed the border between Morocco and Ceuta, or the group photographs (the strength is in the group) of the carretilleros and carretilleras illegally passing foods over the border between Colombia and Venezuela, taken by Teresa Margolles (Mexico, 1963). Other photographic works are those of a city destroyed by the war by artist and musician Hiwa K (Kurdistan-Iraq, 1975) and the collages made by Eulàlia Grau (Barcelona, 1946) which denounce the racism of some feminist positions. One work which is especially outstanding is the visual silence presented by Estefanía Peñafiel (Quito, 1978) in her images of exile in which she erases the silhouettes of her subjects making their social invisibility clear.

Illustration is also present in some of the spaces. Ramón Esono (Equatorial Guinea, 1977), who was imprisoned for his critical comics of the Obiang dictatorship, and Dan Perjovschi (Romania, 1961) who sketched the live of the refugees with disarming simplicity. 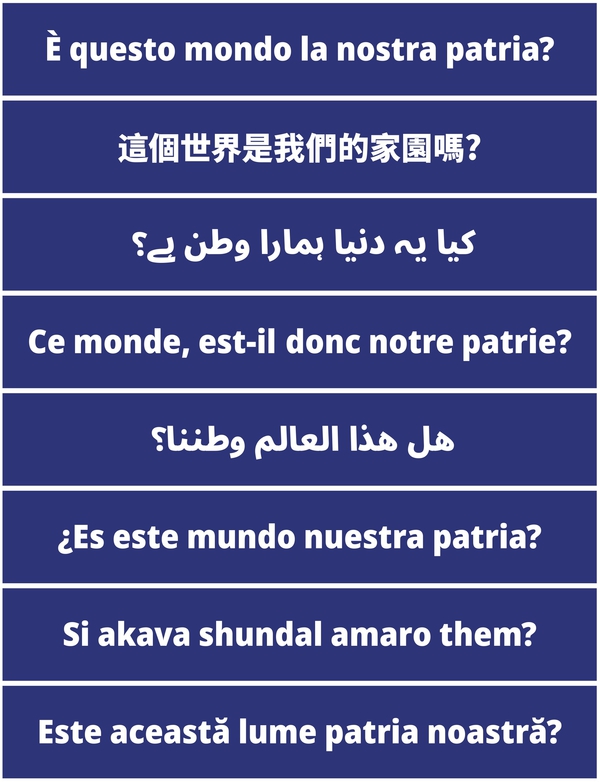 The other works are centred on textuality, such as that by Daniel G. Andújar (Alicante, 1966) on the linguistic borders or the lists of people assassinated by the European policies for border control over the last twenty-five years by Banu Cennetoglu (Ankara, 1970). Finally, in a cross between image and text, Rogelio López Cuenca (Nerja, 1959) and Elo Vega (Huelva, 1967) drawn from the language of advertising and the most blatant stereotype of migration.

One highlight is the participative photography of organisations and groups such as Frontera Sur and Sueños Refugiados, which present images by refugees and asylum seekers in Barcelona, as well as migrants who have crossed the border in the south of Europe to report the systematic violation of universal human rights. 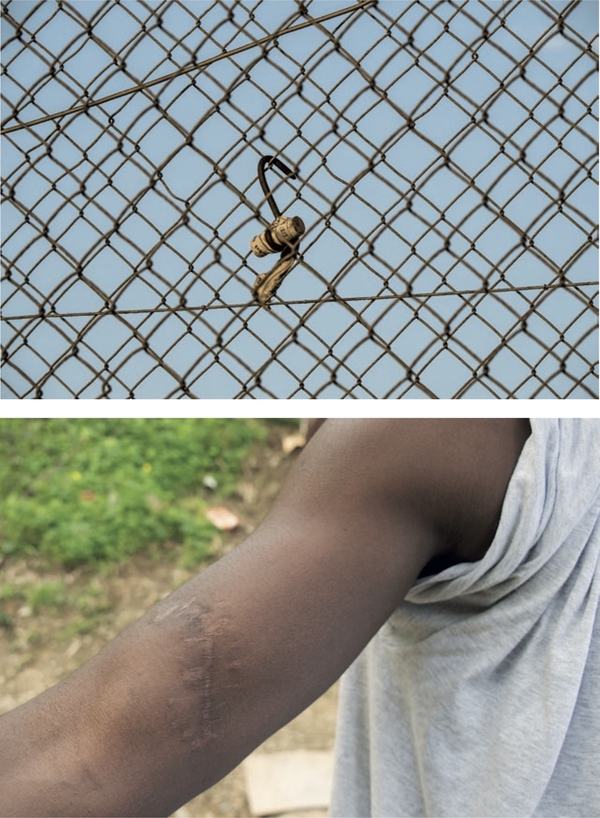 No, the city does not make us free. This is the message of Antonio Valdecantos in one of the texts in the publication of the Umbral project in which he rejects the theory of Max Weber in his 1921 essay on the city. If Weber called upon solidarity as a necessary part of social support, the projects on the Barcelona metro shoe that, beyond a physical space, this urban area is a shared symbolic space where a great deal of the paradoxes on which we build our idea of the world are based.

The Umbral project can be visited at the Barcelona subway until 6 February 2019.