The Difference between “sink” and “lift”

At a meeting point between artistic production and environmental activism, Oliver Ressler presents his video projections and photographic series on forms of collective resistance to the abuses of capital. Committed. Hopeful. Brave. Forceful. This is a lesson in social activism through art. With a highly coherence career behind him, this time he is presenting five experiences of resistance which demand a certain amount of calm as you contemplate them. 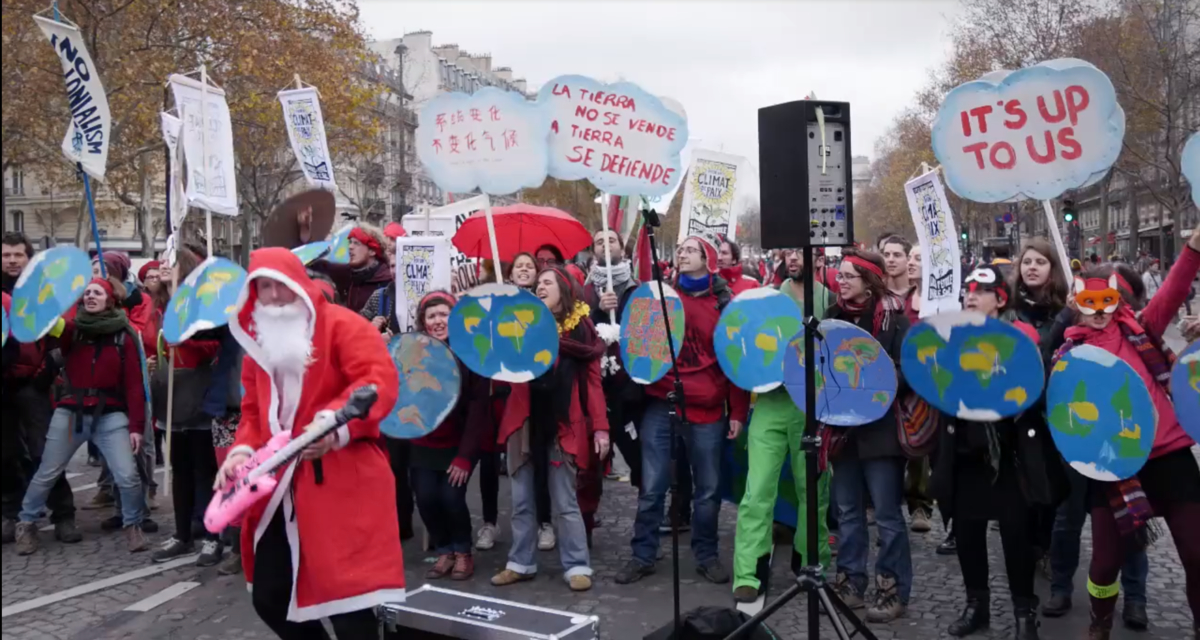 First. Paris, 2015: United Nations Climate Change Summit. While the governments are incapable of involving themselves and reaching a firm agreement to reduce global warming, Oliver Ressler record the actions carried out by activists in parallel to the event in a city which finds itself in a state of emergency as a result of jihad terrorism.

Second. Lusatia, in the German state of Saxony, 2016. Four thousand activists storm the open cast lignite mine, a highly contaminating type of carbon, and block the loading area and the rail connection to an electrical power station. Beforehand they decide collectively how to cross the police line. Their continued blockade stops the supply of coal until the Swiss owner is forced to close the power station. Oliver Ressler records the entire process. 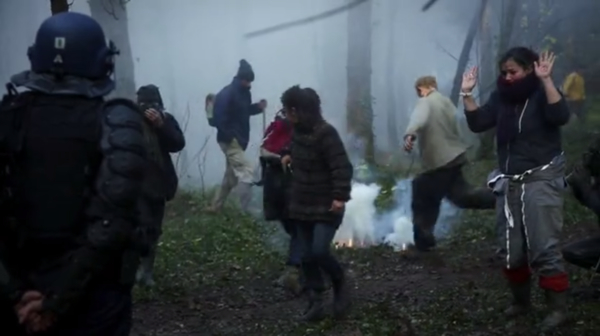 Third. Notre-Dame-des-Landes, near Nantes, France, 2009. Faced with the imminent construction of the country’s third largest airport in a rural area of marshland and farming which need protection, the activists declare it a ZAD (Zone À Défendre) and occupy the land with the support of the locals. Faced with an aggressive eviction by the French police and military forces in 2012, 40,000 people put up harsh resistance. Today, the ZAD is the biggest autonomous anti-capitalist region in Europe. 250 people live there and form part of some 60 groups. Oliver Ressler recovers images of the police charge and the resistance while giving a voice to some of the protagonists.

Fourth. Port of Amsterdam, summer of 2017. Second coal port in Europe. Most of the coal arriving here comes from Colombia, where it is mined in unsustainable ecological and social conditions. The activists occupy the loading wharfs in an act of civil disobedience. Oliver Ressler records it. 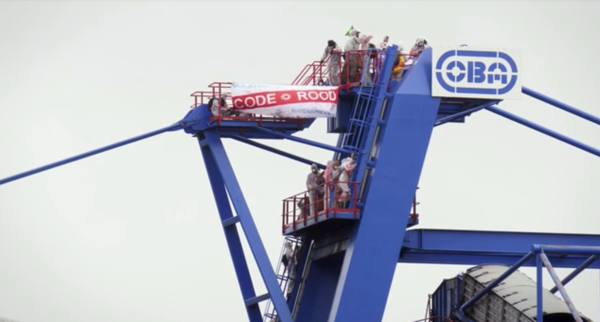 And fifth. Hambach Forest, near Cologne, April 2018. These ancient forests are the site of the longest tree top occupation in Europe. The impressively tall trees have been home to between 100 and 200 people for the last six years. That is the only way of stopping the RWE energy company from cutting them down to expand its open cast mine. On 13 September 2018 almost 4,000 police officers were transferred to the fort to dislodge the occupiers. For two weeks, day and night, they destroyed tree houses and rope bridges. One journalist died. On 5 October a German court ordered the felling to stop in Hambach. Oliver Ressler placed a wide-angle lens above the tress to document the arboreal resistance.

Between “sink” and “lift” there is much more than an inverse directionality.

The first four actions are presented through video projections, while the last is a series of beautiful photographs. The name of the exhibition is A Rising Tide Sinks Ships in reference to the phrase commonly used in the context of the market economy “a rising tide lifts all boats”.  As Oliver Ressler’s archive of images shows, between “sink” and “lift” there is much more than an inverse directionality. There is a true inversion of values, there is another possible world, and there is also the tradition of collective environmental resistance as one of the greatest values in Europe. Or, if you prefer, and this is the part of Ressler’s work, there is the distance between reality and necessary utopia.

The exhibition of Oliver Ressler A Rising Tide Sinks Ships can be seen in the gallery àngels barcelona until 8 march.