The (double) Secret of Víctor Silva

Most of the works of art that we know, we have discovered through photographs of them.

I personally have seen the Gioconda three times “au naturel”, in the Louvre Museum, but I have seen it hundreds of times in reproductions: postcards, posters, books, etc. Which is my Gioconda, then? Are they not all versions of the same work, including the “original”? Manifestations of the same phenomenon? 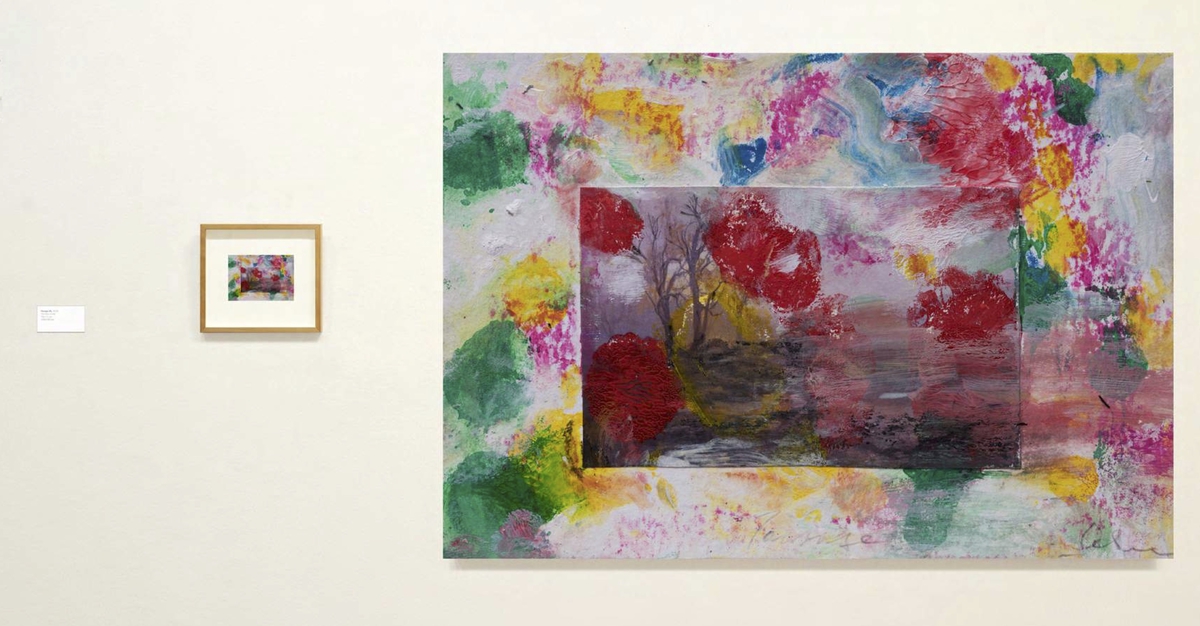 These ideas spring into my head when I am visiting the exhibition of Víctor Silva at the Víctor Saavedra Gallery: twenty paintings on board (11 x 15cm), each accompanied by its enlarged photographic image (70 x 100 cm, 140 x 200 cm etc). The works are divided into three sections: landscapes, gardens and houses. These three cultural constructions, nature ordered by the eyes, nature ordered by humans and nature created by humans as an interior habitat. 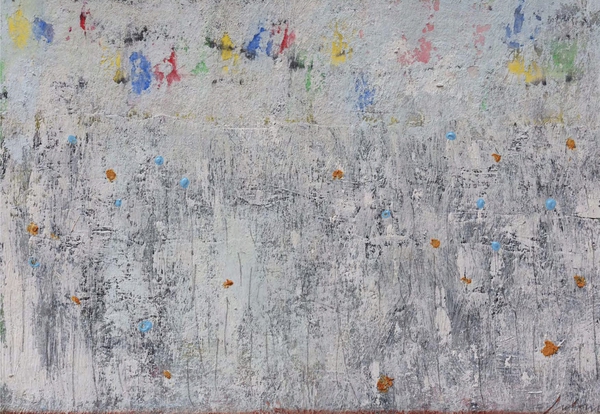 Age and presbyopia have meant that I have had to get used to progressive lenses. In the case of Víctor Silva’s exhibition, the sense of discomfort in the distances is accentuated. You have to get up really close to the paintings and step far back from the photographs. This strange dance calls into question the simple label of painting on board based on the fact that it is spread with pictorial matter. Could presbyopia also be a spiritual state?

There is a fifth wall, in art.

The fact is, for the generation who grew up watching Sesame Street, with its famous ‘classes’ in “near” and “far”, where it was the character who ran away from the camera and not the other way around, this dialogue between micro and macro is starting to seem familiar.

Víctor Silva does is not playing the same game as Dalí, who enlarged the image of a rust stain on a ballpoint pen under an electronic microscope in the Hotel Meure in Paris as the start of his mockumentary Impressions de la haute Mongolie. Silva’s game is more like that of Eduardo Chillida who, as goalie for Real Sociedad, had an intuition for the dynamics of space which was better than any of the Cubist painters.

There is a fifth wall, in art (the fourth is the viewer) – call it “reproduction”, “inframince” or “doppelgänger”, it’s all the same. But never forget that the ancients called it poetics.

The exhibition by Víctor Silva can be visited at the Víctor Saavedra Gallery, Barcelona, until 26 April.