The Enigma of Visibility

Painting, a permanent challenge rethinks the idea of painting and some of the strategies to re-invent it which have followed the pictorial act during the twentieth century and to date. Abstraction, geometry and expanded painting are some of them, as you can see in the exhibition.

If the twentieth century meant the loss of innocence it would also seem inevitable that it would also have its pictorial corollary: the renouncement of the illusion of representation. Because painting was for centuries associated with perplexity and a certain innocence, to the illusion of the story, whether symbolic or literal, to the capacity of believing in the world as if it were a story and in the possibility of naming it and painting it. That is what has been lost, in philosophy, history and also in painting. 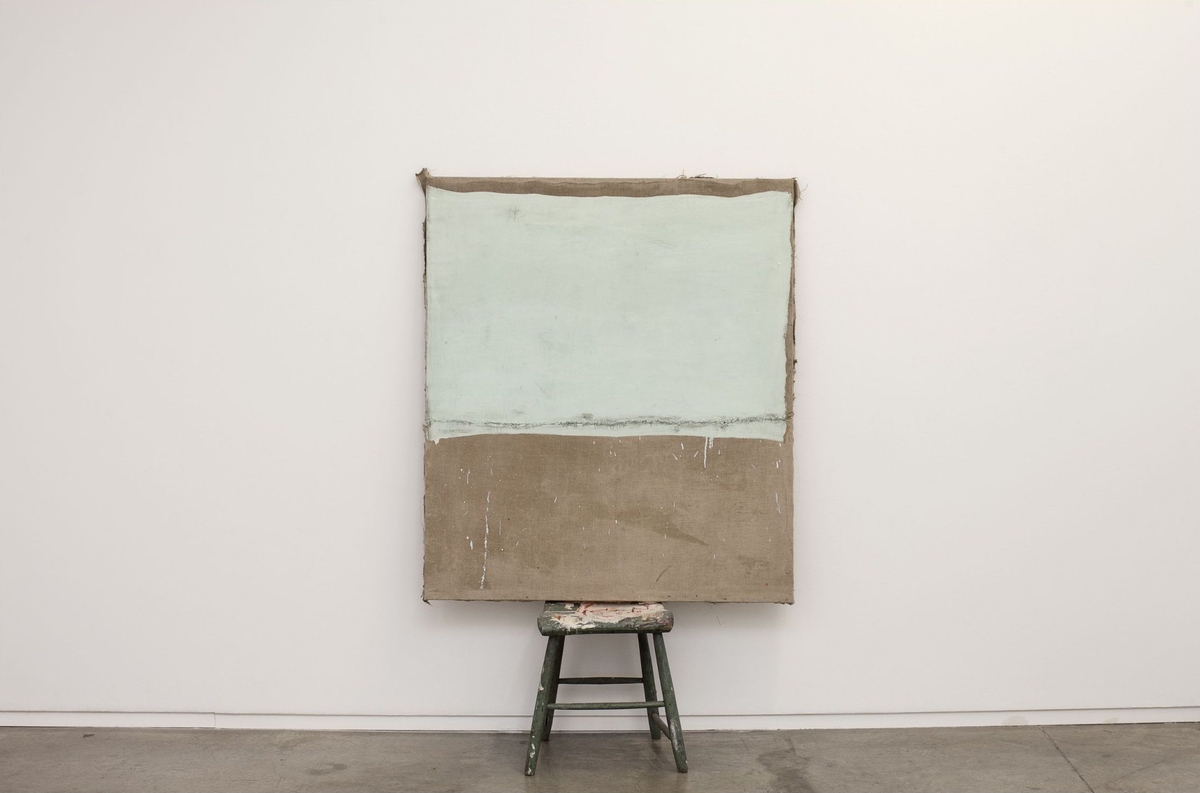 This is the only way to understand what, during the twentieth century, the struggle to find other paths for painting has meant. Once the faith in this capacity to represent the world has been lost, what is left for painting? Every time the death of painting (like the death of God or the end of history) has been postulated, it has nevertheless reinvented itself again and again. And the paths have been numerous, as seen in this this exhibition by  ”la Caixa” – a business which continues to acquire paintings (should we call them “pictorial exercises”?) in the twenty-first century because painting refuses to die. 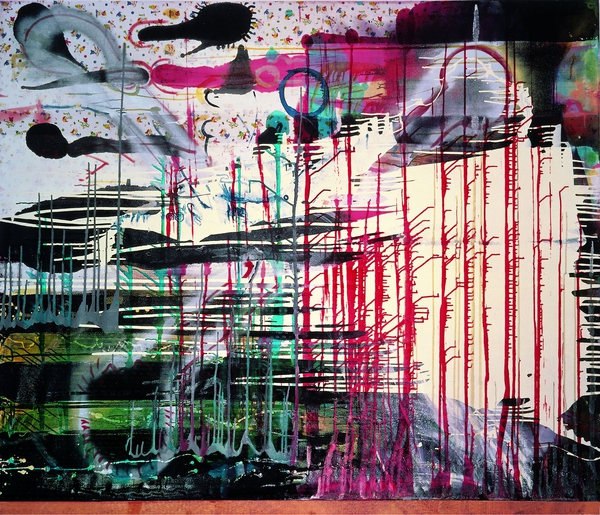 Painting, a permanent challenge, aims to reinforce the value of painting in the Contemporary Art Collection of ”la Caixa”. And it does. Without trying to be an exhaustive show, it follows the path of some of the changes that have occurred in painting in reinventing itself. The journey towards abstraction, geometries, non-figurative expressionism and volume painting: one by one, all of these are present in the spaces of the CaixaForum. 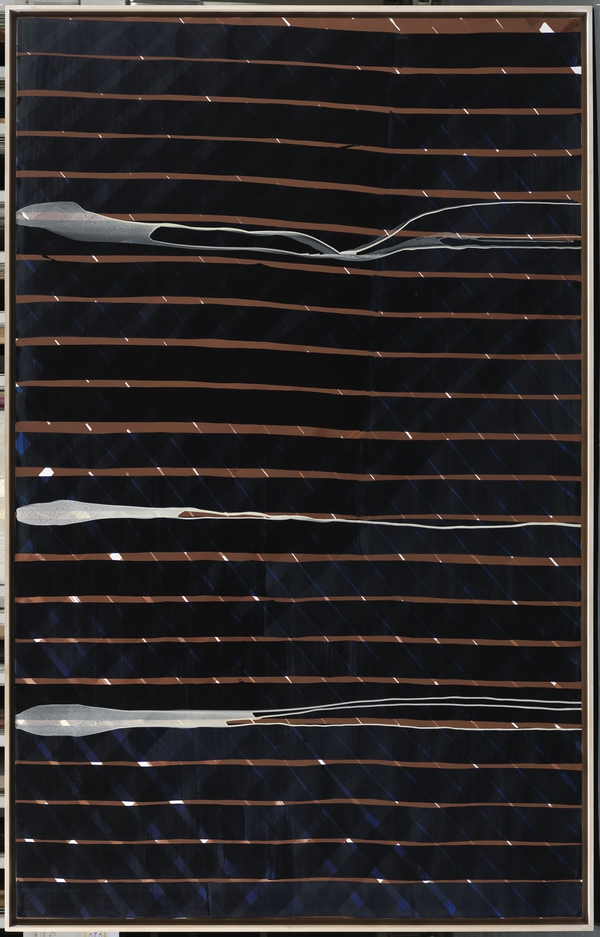 The new twentieth century genre of Abstract art (who knows if it is the fourth genre after the established classics of landscape, still life and historical painting) is evident in all its variants. From the optical essays of Joan Hernández Pijoan, Gerard Richter and Wolfgang Tillmans to the chromatic experiments of Ignasi Aballí and the monochromatic silence of Michel Parmentier and Ettore Spalletti, whose angled double canvasses emit a reddish-purple light which seems to feed from the work of Mark Rothko himself. 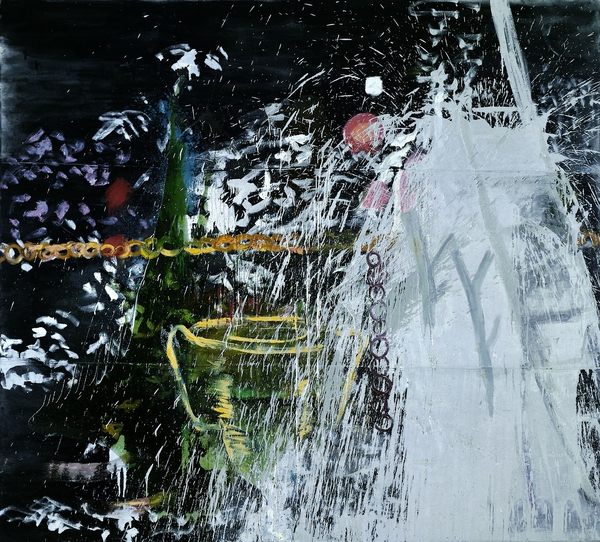 Pictoric geometry is represented by the large format canvasses of Sean Scully, the chromatic works of Günther Förg and the obsessive repetitions of Juan Uslé, which break with the idea of cold mathematics. In an attempt to depart from any kind of emotion, the geometric brushstrokes acquire an almost expressionist dimension. Reminiscent of works by Georg Baselitz, Sigmar Polke and Julian Schnabel, while situating themselves in a register of abstraction they do not renounce the power of the image.

“Painting marks no enigma other than visibility.”

But where the collection of  ”la Caixa” moves more into the present is in its incorporation of works which take painting into the realm of volume. It is the painting-object or expanded painting that is most significant here. Broken frames by  Ángela de la Cruz, customised canvasses by Bernat Daviu, the occupation of space in the installation by Jessica Stockholder, the pictoric objects of Jaume Pitarch and the canvasses that happily sit outside their frames by Carlos Bunga are cases in point. All of them try the limits, even though the limits are not imposed by figuration but by the canvas itself in its most physical aspect. 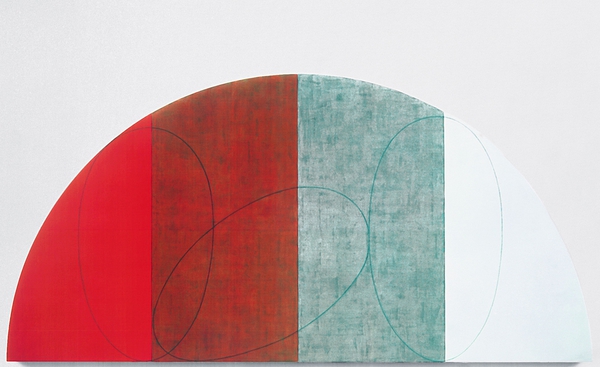 Walter Benjamin said, although nobody heeded him at the time, that we tend to associate the pictoric experience with the idea of an aura, which is the case in this exhibition. But the aura is not that of the painting in themselves but the work of art. What seems to be inherent in the painting – whether it be expanded, geometricized, abstracted or any other adjectival qualities – is that it needs to be looked at to give it a visibility or an optical sense. The philosopher Merlau-Ponty, also cited by the philosopher Xavier Antich in the text of the catalogue, put it better than anyone else: “From Lascaux to the current day, pure or impure, figurative or non-figurative, painting marks no enigma other than visibility”. Even if the illusion of representation is renounced, which has been the case for many years, what cannot be renounced is optical illusion. And that, today, remains intact.

The exhibition Painting, a permanent challenge can be seen at CaixaForum Barcelona until 29 September.