The Erratic Life of Art and Culture in Public Education

Yesterday, the first of April, I was invited to the presentation of the Government Measures and Plan for Action for a Public policy of Culture and Education, presented by Barcelona City Council. The presentation took place following months of hard work involving a collaboration between more than 200 cultural and educational agents in the country.

During these brief presentations, where I was able to see for the first time the representatives of the ICUB, IMEB and the Educational Consortium of Barcelona on the same platform, suddenly, as if in a film, the decades of nonsense that have gone by in questions of education.

In a society where the vast majority of creators are involved either full- or part-time in mediation and education activities, it is still surprising how little weight humanistic and art subjects have in the curricula of regulated education. This shortfall has not been made up despite the efforts of programmes such as Creators in Residence and Espai C, which only go to highlight the problem more.

Within this area of knowledge, education in visual arts is practically non-existent in the compulsory education and has little importance in secondary, even though the evidence of its importance in intellectual, cognitive and relational development is well known. On the other hand, and despite living in an increasingly interdisciplinary world, higher studies in art and design regulated by the Department of Education will not let go of the separation by specialist area (the separation of Product Design, Fashion, Interior and Graphic Design in higher education), which has generated recurrent debate about how relevant these courses are to current life, both in a methodological and a conceptual sense. Rigid and outdated curricula from the Spanish Ministry have always been attacked by the Catalan government, never discussed. 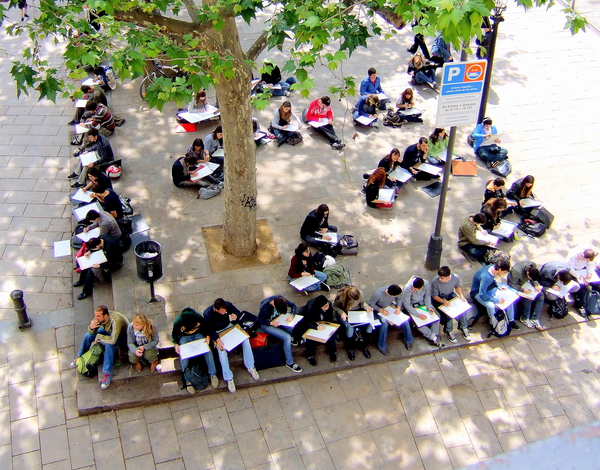 It has been the private schools or those dependent on the City Council that have reached agreements with the universities and have generated an educational space with a true interdisciplinary meaning. This in turn has generated comparative damage directly related to the students’ financial situation, since the difference in the cost has shot up by between and ten times that of the public system.

All of this would appear obvious, and is all too familiar a story, since many of us have been warning of the urgency in addressing the problem for decades, both in compulsory education and in higher regulated education itself. We also know that the education system as it related to culture and art demands great changes in the planning of policies and regulations on art education by all of the institutions involved. We have experienced one disappointment after another in recent years, with hours of talks between the educational institutions, art centres and associations, and the Department of Culture to draw up the Integrated Plan for Visual Arts. That was in 2015 and not for the first time did it end up, like almost everything else in that department, forgotten in a drawer, and we were left with the same old feeling of having been used for entertainment and to delay the consequent complaint. 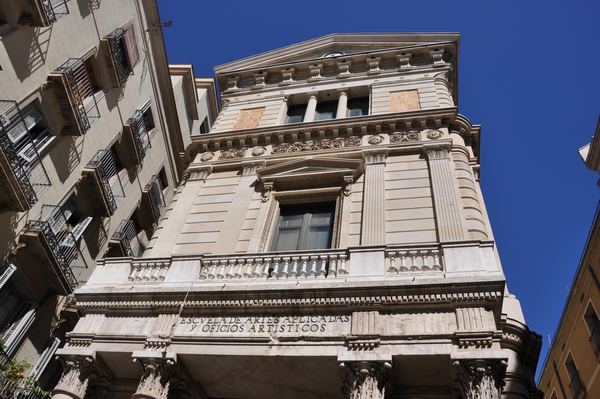 Decades of institutional inaction in public education have meant that that educational policies depend on the teaching teams, where joint work with external agents, extracurricular activities and medication programmes has not only never been valued by the government but viewed with suspicion – what are they up to now? On the other hand, the fact that the teams of directors have are increasingly powerful within the system is worrying. During the mandate of Ernest Maragall, which will go down in the Department’s history as a stain, the power of the directors was raised to the limit, along with the salaries and an even higher capacity for decision-making (not recommended), being selected by panels where the inspectors always have the last word. The school boards and councils lose all real authority, as well as their capacity for self-governance and the generation of more democratic working processes. This new status quo has made the capacity and ethics of their directors even more important, as long as they have them.

Add to this the very few public competitions for employing teachers, resulting in a massive hike in temporary teaching staff (precarity always allows for greater control) and the recent launch of the “dual” system in vocational training courses where 50% takes place as work placements, which would be the subject of another article on its own, the outlook is very worrying.

It is no trivial matter that over the last decades the Department of Education had art education advisors who were intimately involved in private education, either on the boards, or even members of the director’s team of well-known establishments. To think that these people had little interest in raising the quality of public education, and leaving it with no competitiveness is both offensive.

Obviously nobody listened to us.

It was in 2009 when the Barcelona Education Consortium (which was created in 1998) began to lead some of the strategies for educational reform. A waft of fresh air seems to be coming in through the windows of lifeless buildings – such as the Bolsín in Carrer Avinyó – but despite that, the centres which depend on the conselleria, continue in the same erratic fashion. The Bolsín was closed down because of its state of disrepair – abandoned by the government while making different marriage proposals to the ConCa, the future ISA (Higher Arts Institute – never created), to a mooted Woody Allen museum…until it was finally sold to the City Council for the purpose which see can see today. Long live the Bolsín!

It is precisely the image of the Bolsín building (where I worked for almost 15 years of my life) that remains so strongly in my mind as I am listening attentively (for some time now as a representative of the female sex I have been able to listen to or do two things at the same time) to the people explaining the Action Plan. It came to me because I can remember perfectly the project that some of us in the art and education designed a few years ago, just when the consortium was beginning its improvements project. The project brought together Culture and Education – what a surprise! We proposed that the Bolsín, which had housed  the Institution for Art and Design Education for decades, should become a centre in which to dignify this teaching – with the creation of the ISA – and where the ConCa and its true powers could generate that desired articulation between Art/Culture/Education/Citizenship.

The project took into account the neighbourhood, the public art education centres, the need for a place for research, open to the city and to the citizens, while providing a meeting point for professionals working in culture and education. Obviously nobody listened to us. 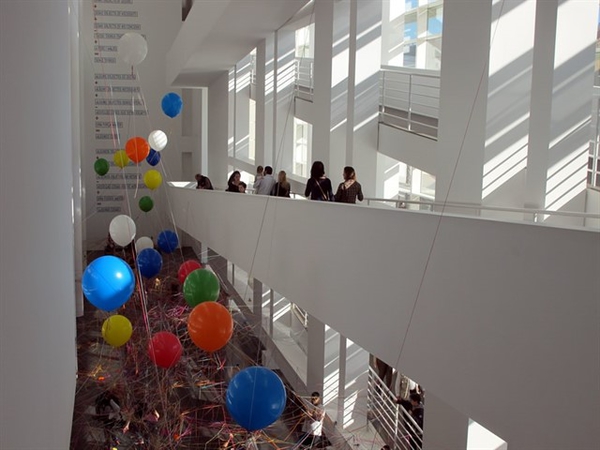 So back to the “here and now”. Fabra i Coats will be a good place to in my bag I’ve got the working document that I will read tonight, while I am writing this article, in which 48 actions are proposed by the City Council to put into practice the measures deriving from a diagnosis which points, most of all, to inequality of opportunity. This diagnosis, by the way, had already been made in the 2017 document commissioned by the ConCa to Cristian Añó. I just hope that it finally happens, that the political channels do not consign the proposals that require urgent attention to the same old drawer and that they do not leave adrift an educational system that does not seem to recognise the importance of culture as a means to critical thinking, humanistic knowledge, and the transmission of the values which today we are about to see disappear.